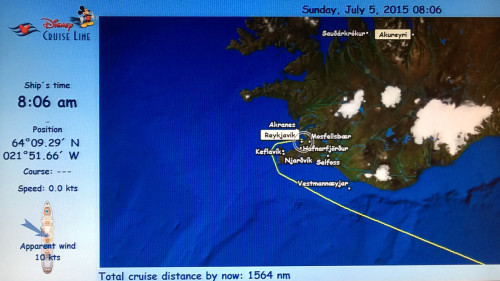 After a short sleep, we got up and ready and headed to Cabanas for breakfast. Our excursion today was at the Blue Lagoon with Reykjavik Excursions once again. We looked around in the port shop some more while waiting for my cousin and his family. The Reykjavik Excursion van arrived to pick us all up at about 9:35 AM. We made one more stop at a local hotel to pick up a few others, then made our way to a point where we pulled over and waited to board a larger motor coach. The drive to the Blue Lagoon was about 45 minutes and the scenery was mostly volcanic rock, but we did pass the international airport along the way. The cost of the excursion was $80/adult and children free and for comparison the DCL excursion would’ve been $139/adult and $74 for children (as well as limited to 90 minutes at the Blue Lagoon vs. at our discretion). If my math is correct, this saved us $192 and allowed and gave us the flexibility to stay as long a we wanted. Once we arrived and got off the bus, the driver said there would be a bus there every quarter past the hour.

Upon arrival, we went into the prepaid lane because we already had our tickets. We all received RFID wristbands, which worked the lockers, as well as you could use them to charge things such as snacks & drinks. Basically, the Blue Lagoon’s version of a MagicBand. 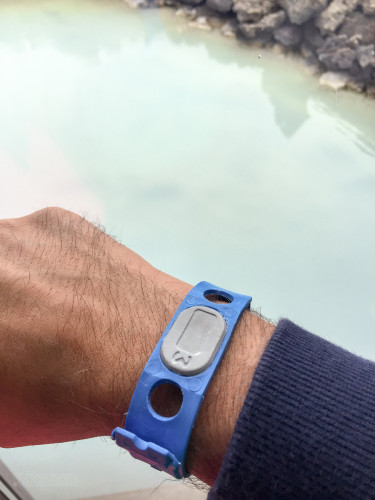 We made our way up the locker rooms and were separated into male & female rooms. We were asked to remove our shoes first, then went into the locker room to change. Your wristband locks your locker, then you go to rinse off in the shower and then put on your swim suit. There are both communal showers and showers with doors. Emily said that the only issue her and Isabelle encountered was putting on Isabelle’s swimsuit on a wet body, which was difficult and caused a bit of a ‘situation.’ Once Isabelle got into the waters of the Blue Lagoon, all was forgotten. 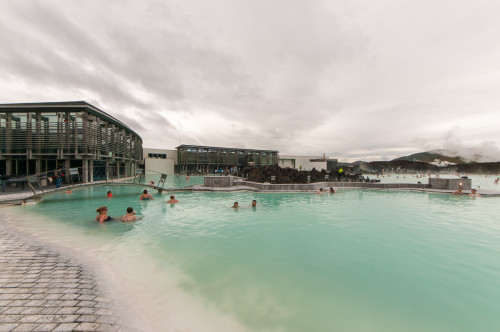 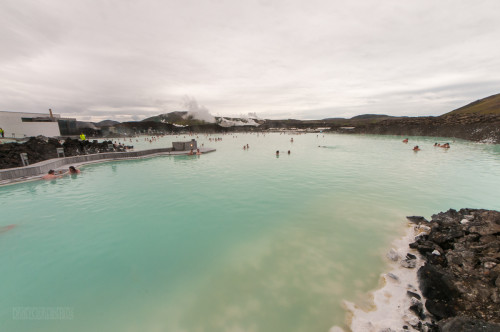 We entered the water inside and opened a door to go outside. The water was so comfortable. It was like a hot tub. We had an enjoyable time. Emily made her way to the swim up bar and bought a sparkling wine for herself and brought me a beer, which you could drink in the water! There we all kinds of smoothies, icee-type drinks, and other things available for purchase. Once we finished, we made our way over to the vat of silica mud that was for facials. 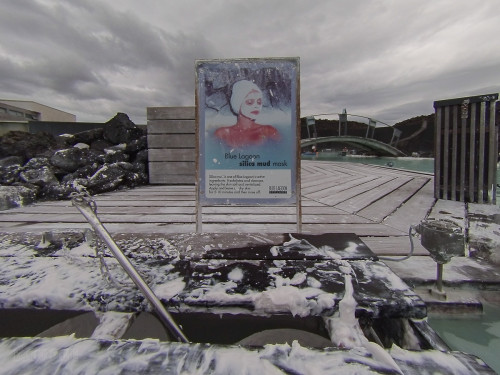 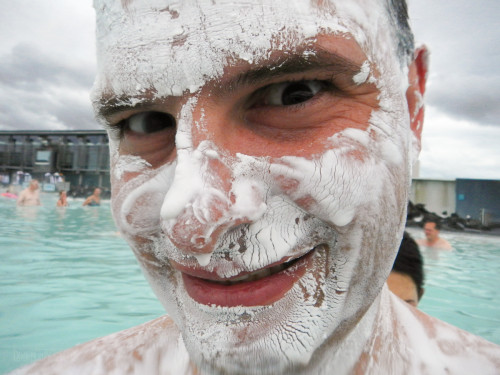 At about 1:45 PM, we decided that we wanted to be on the 2:15 PM bus, so we got out and started to organize ourselves. Everyone rinsed off, changed, and met for a small snack. We checked out the gift shop and sampled some of the Blue Lagoon hand cream, then left and got on the 2:15 PM bus back. We were definitely not the only DCL ship passengers on the bus, and the harbor was their first stop once we left. We arrived back around 3 PM.

Emily wanted to pick up some Icelandic chocolates for our friends & family back home, so we pick up those items at the port shop and then re-boarded the ship. We stopped in the Promenade Lounge where Emily ordered the Drink of the Day – the Island Navigator. 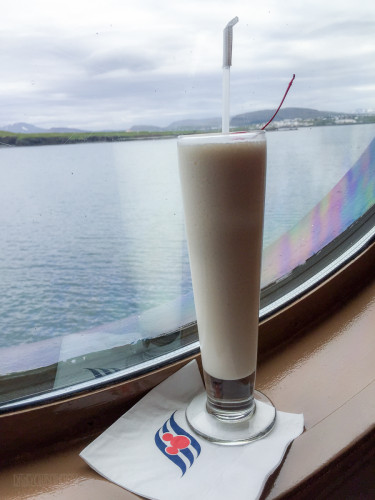 This was interesting, as it was a frozen drink and Emily typically does not enjoy frozen drinks. However, this drink was pretty good, and she said it was the amaretto that sealed the deal, as she loves anything almond/amaretto flavored.

Once we made it back to the room, Izzy got into the shower, as the Blue Lagoon had definitely dried her hair out. I threw in two loads of laundry as we watched The Incredibles. The girls headed down to check out the Oaken’s Maypole Swirl and Twirl and Isabelle decided that she was too old to partake in the festivities, so back they came. We hung out until dinner time and just relaxed.

Tonight’s dinner was in Animator’s Palate and was a new menu for us – the World of Flavors. 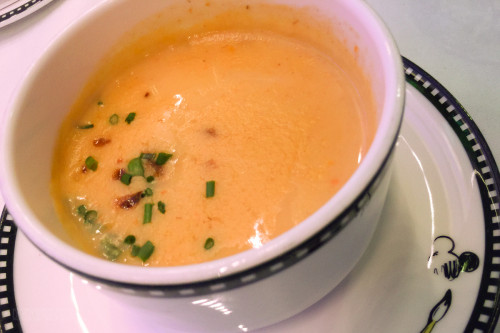 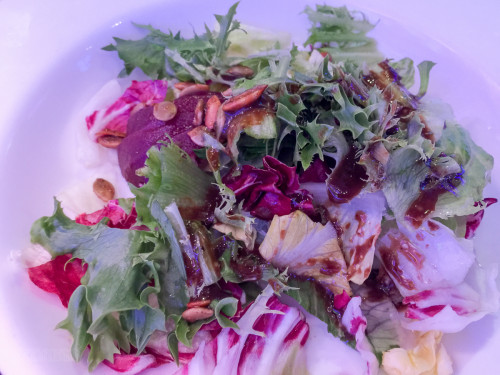 For our entrees, Isabelle & I both ordered the Chicken Kiev with potatoes & green beans. This was very good – it could’ve used some of the garlic butter sauce on top of the chicken as a drizzle to really make it amazing, but it was good. Emily ordered the Pad Thai and she said it wasn’t what she’s used to at our local Thai Thani, but it wasn’t bad. 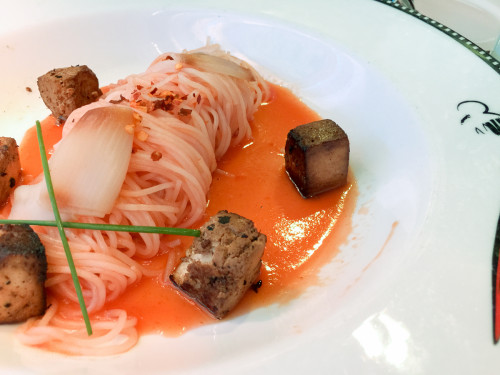 She remarked that it was spicy, but had a perfume-y flavor. She said next time she’d order the Chicken Kiev with us. 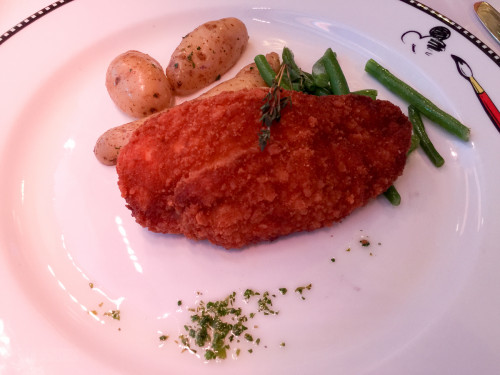 For dessert, Isabelle had her Mickey bar (which means that she ate the dark chocolate coating off of it), I had the Finnish – Lemon Sponge Pudding, and Emily had the Passion Fruit Creme Brûlée, as she loves almost anything passion fruit. 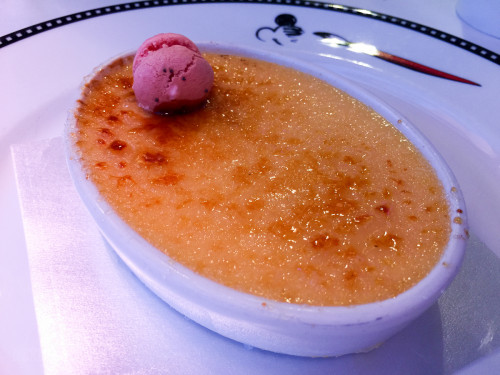 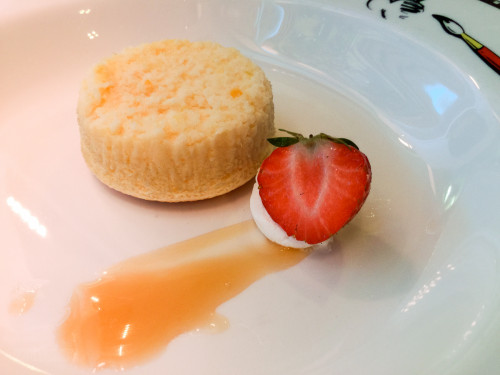 Once we finished with dinner, Isabelle went to the kids club, and we met our friends Tracy & Bill in O’Gill’s for 80’s music trivia. O’Gills was jam packed, but we still had fun. Our team was one of 4 teams playing to get a perfect score of 50 – that’s all 25 songs plus the artist/band. It was a good time. 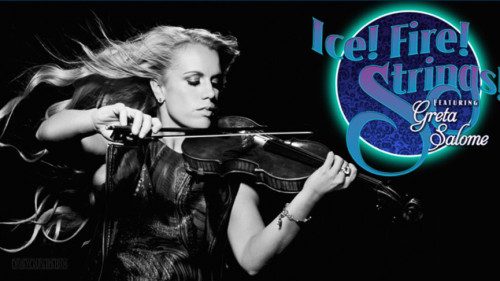 After we finished, we headed up to get seats in the WDW theater for the Ice! Fire! Strings! featuring Greta Salome. Greta is an Icelandic musician who is a song writer, singer and violinist. Once we secured seats, I went up to get Isabelle from the kids club.

Her show was very good. We all love to watch/listen to people play the violin. Greta put on a tremendous show.

Now that the show was over, it’s time to head to bed!