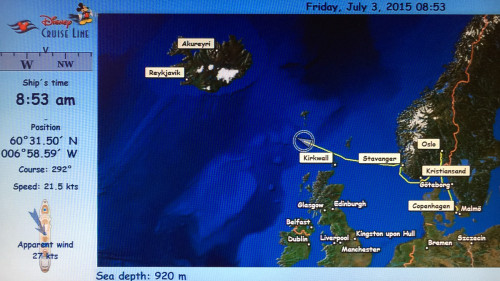 Today was one of those ‘do nothing’ days, as it was our first sea day after 3 days of touring mostly on foot. Emily did get up and go to the gym early in her usual fashion and had her oatmeal before coming back to her still sleeping family in the room. Eventually, Isabelle & I had breakfast at Cabanas then started our day of not doing much. We hung out in the portholes in After Hours until it was time for the Castaway Club reception which was held in Fathoms. 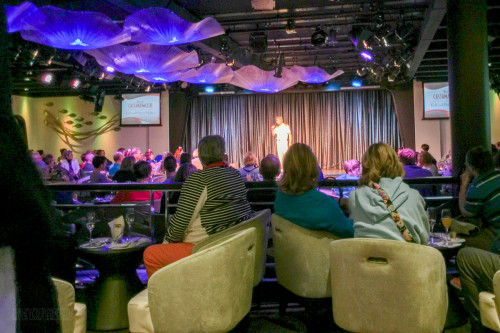 Commodore Tom informed us there were around 2000 repeat guests on this cruise with approximately 1100 Gold and Platinum members. There was overflow for the reception into O’Gills and Keys, and the Captain Mickey photo op was in Keys (although we opted not to go this time). 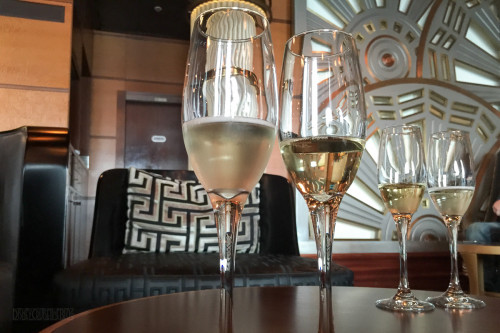 Emily and I did go to Champagne tasting in Keys, which was led by Ross, the sommelier we met last night in Palo, along with the other three members of the wine team. In the coming weeks, we will review the Champagne experience. 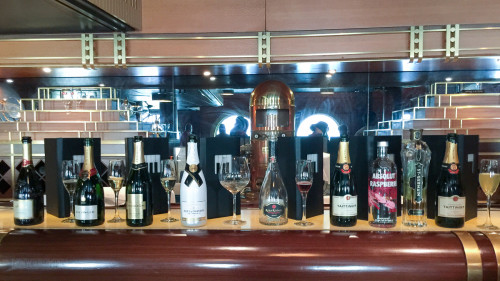 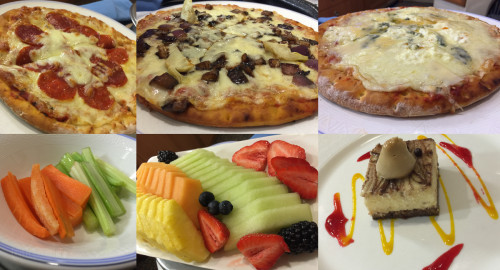 The rest of the afternoon was spend in the stateroom watching Peter Pan and the beginning of Tarzan until it was time for dinner.

Tonight was the Prince and Princess menu in all of the dinning rooms. Isabelle ordered the Princess Tiana shrimp & jambalaya appetizer for her dinner & our server, Juan, brought her two. Isabelle said that the shrimp was well seasoned & would order it again. 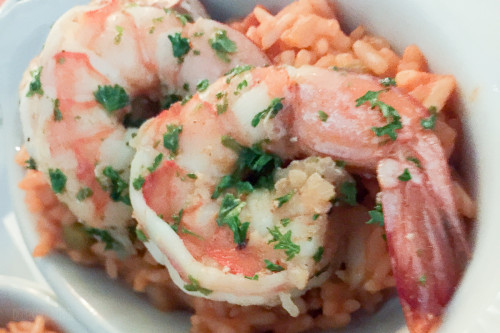 Emily had the mixed greens salad with apples, blue cheese, candied walnuts with a red wine vinaigrette and love it. 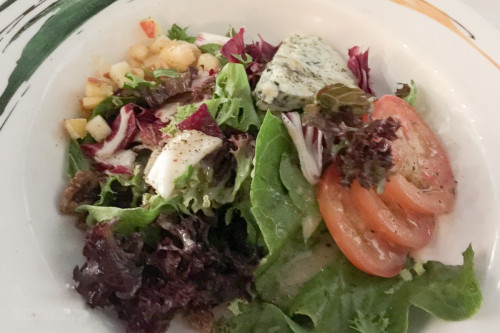 Perfect size and the flavors melded well together. It was light and refreshing. 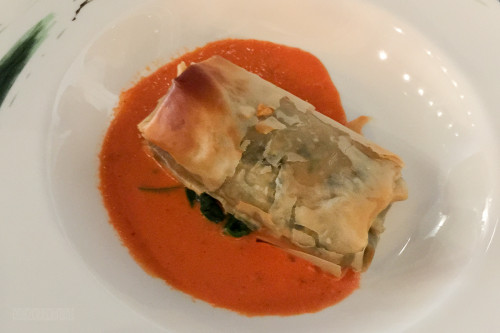 For her entree, she ordered the spankopita, and she enjoyed it as well. 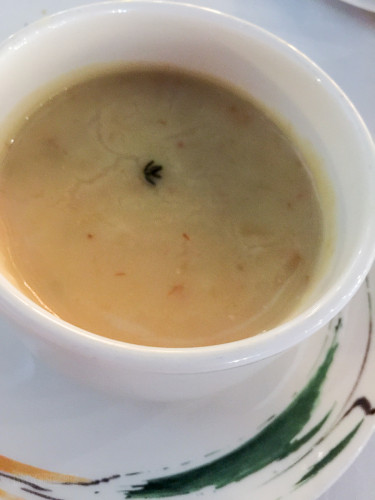 I started with a soup and then ordered the Aladdin Chicken Pita Salad as my entree. 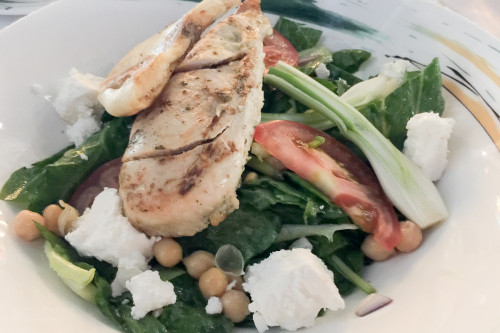 The salad was good; it essentially it tasted like a chicken gyro in a bowl. For dessert, Isabelle opted for chocolate ice cream. 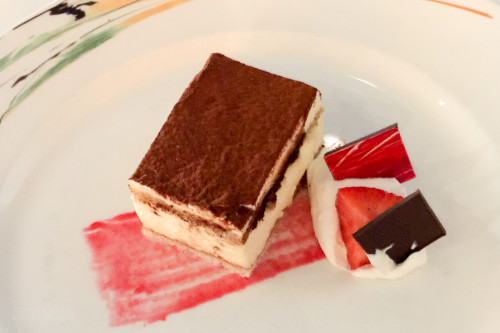 Emily ordered the tiramisu, which is her favorite dessert of all, and I went with the regional offering – the bread pudding. 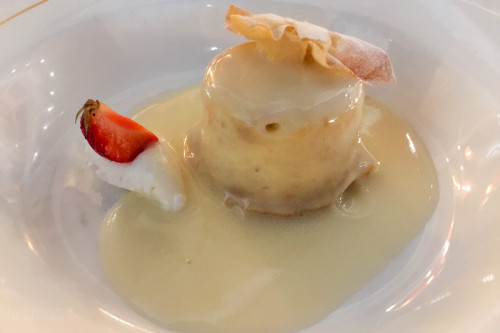 It was very good. Overall, we enjoyed this menu and our choices tonight.

After dinner, Isabelle went up to the club & we met our friends Tracy and Bill in O’Gills for 70’s Music Trivia. I’ve learned these trivia challenges are much more fun when you play with a group. 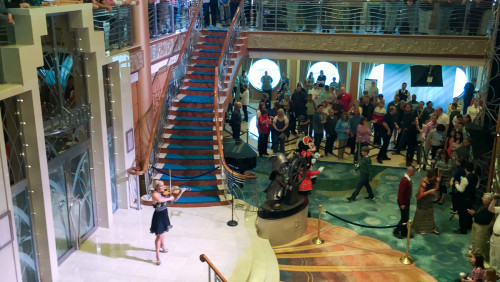 We then headed to the atrium to catch a live violin set by Greta Salome. She is from Iceland and will be performing later this week in a featured show in the Walt Disney Theater. Since the trivia ran over the start of Greta’s set, we missed all but the last song, which was a Frozen medley. I recorded a video and if I do not forget about it, I will share it after we get home.

Today was a milestone day… We gave Isabelle check in/out privileges at the Oceaneer Club/Lab. She was excited to go to Goofy Files, a whodunit activity in the Oceaneer Lab after dinner. She said she’d check herself out and meet us after it was over. We were chatting with our friends we toured Oslo with and another couple who we will be going out on an excursion with in Iceland on Deck 5, and Isabelle appeared! She was honest and said that she ‘had’ to take a few runs down the Slinky Dog slide after Goofy Files finished, and admitted that she thought she was more than 10 minutes late. Kids. Give them an inch, they take a mile. It was time to head back to the room and call it a night.

For the second night in a row, we are setting our clocks back and hour. We are not scheduled to arrive in port until 1:15 PM on the Fourth of July, so we should be well rested for our overnight in Reykjavik. I’m hoping I am rested enough to stay out late, only time will tell.