The 15-months wait is over. We packed up our bags and headed to Orlando International Airport for our flight to Copenhagen to board the Disney Magic for a very unique 11-Night North Norwegian Fjords and Iceland (and Scotland) cruise.

Our journey to Copenhagen started at 9:35 PM on Saturday with just under an 8-hour flight from Orlando to London-Gatwick airport, followed by a 90-minute connecting flight to Copenhagen. The best thing I did was set my clock to London time as soon as we boarded the plane. Emily was adament that we try to sleep right away rather than watch a movie or four from the Dreamliner’s rather extensive movie library.

Going to sleep was the logical choice, but the lights stayed on for a few hours with dinner served around midnight. Thanks to a couple of Benadryl I was able to fall asleep for maybe 3 solid hours, which left me just enough time to watch all but the last minute of Interstellar. 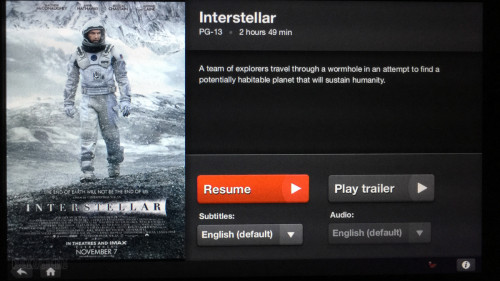 Our connecting flight arrived in Copenhagen a little after 4PM on Sunday and we were in a taxi and on the way to our hotel by 5PM. The room we had at the Adina Hotel was more like a one bedroom apartment with kitchen, main area with pull out couch, bedroom with twin beds and a bathroom with a washer and dryer. 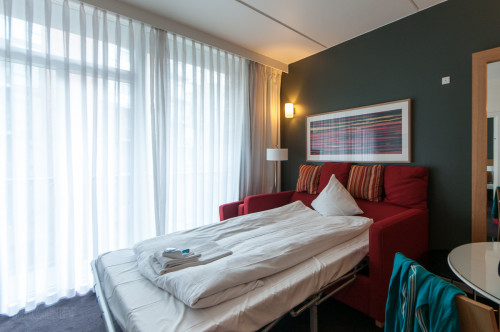 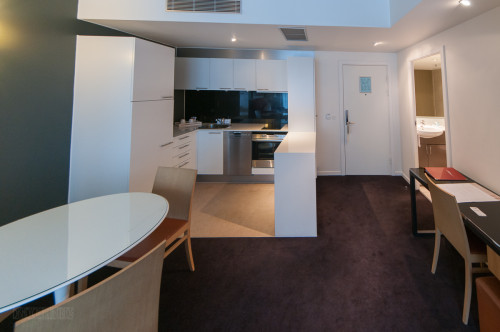 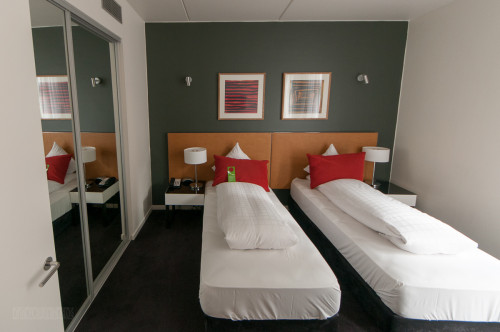 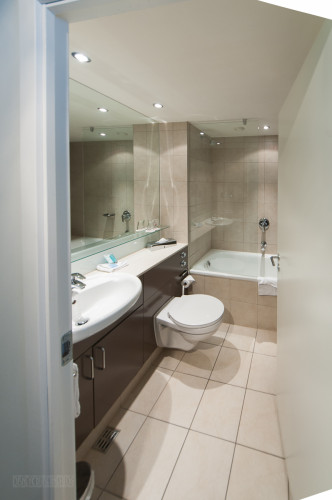 It had been almost 24 hours since we all last had a real meal & just across the street from the hotel was pizza place. Yes, that is the second cruise in a row where we did not eat at a restaurant with local cuisine. At least this time we at a non-chain restaurant, Tio Mario’s.  I guess you could say that we made progress over Señor Frogs in San Juan. Dinner was terrific. 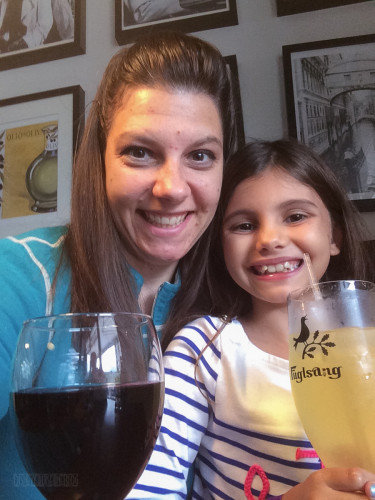 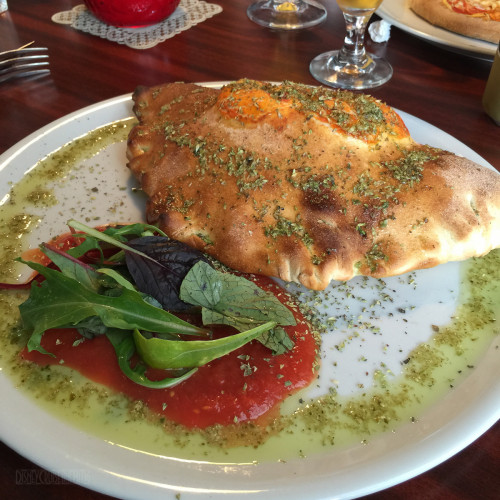 This was not a restaurant that served the small ‘European’ portions – my calzone was huge & delicious. I did have a local beer with my calzone. Emily & Isabelle had pizza, and although the waiter said they were small individual size, they could’ve easily have split one. Emily had a glass of house wine, which was an Italian wine. 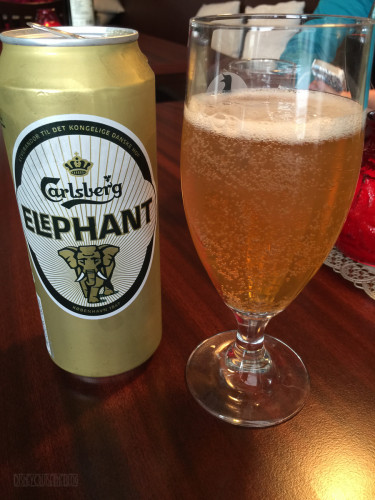 After dinner, we split up. The ladies went back to the hotel while I walked over to see The Little Mermaid statue and walk around Kastellet, Copenhagen. 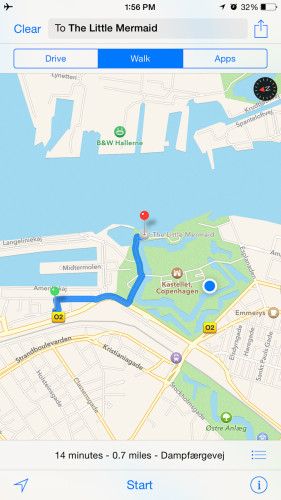 The walk from the Adina hotel to the Mermaid statue was about 10 minutes. 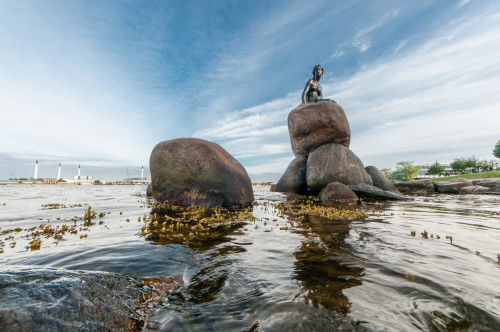 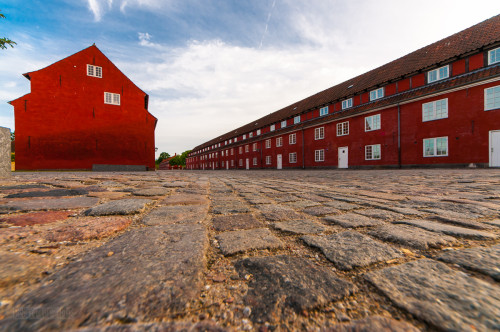 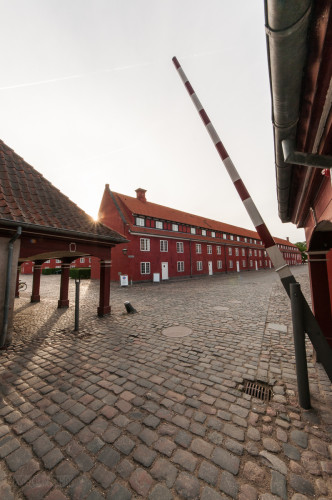 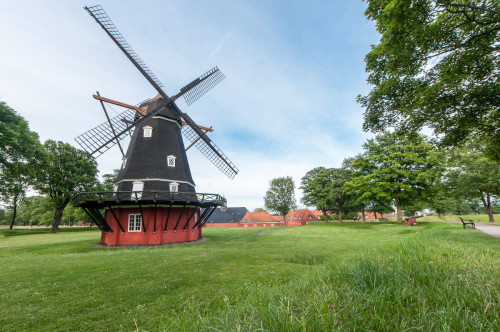 I imagined this area would be busting with more people, but it felt empty on a Sunday night. Oh — I guess that I should mention that sunset was about 10:30 PM local time. This makes sightseeing a little easier when darkness does not limit your time.

Around 8:30 PM, I arrived back at the hotel and Isabelle was already fast asleep quickly catching up on the lost sleep from the plane. After a refreshing shower, I fell immediately asleep as soon as my head hit the pillow.