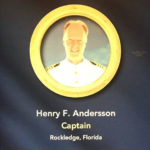 Captain Henry has over 40 years of seagoing experience, 30 years of those in command. He holds an unlimited merchant marine office license (Masters) from Sweden and the Bahamas. He also holds a Master of Arts degree (distinction) in leadership/human behavior. He has been in the cruise industry for the past 30 years and enjoys delivering exceptional guest service in a personalized warm and friendly manner. Captain Henry retired in January 2022.
Captain Daniele Aschero (1999 - Present)
Imperia, Italy

Daniele started his sea career in 1990 as an Officer in the Italian Navy. Once honorably discharged from the service, he began a new career sailing the Seven Seas in the Merchant Marine; first on Oil Tankers, and then with the P&O Princess Cruises back in 1995 as a Deck Officer. He joined Disney Cruise Line as 3rd Officer in 1999.
Captain John Barwis (1997 - 2015)
Cumbria, England 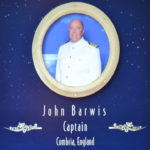 Captain John is a master Master mariner & member of The Nautical Institute. He started his sea career in 1975 with a cargo shipping line. In 1987 he joined Cunard Line where he served 8 years. In 1995 he joined Holland America Line prior to joining Disney Cruise Line in 1997. He oversaw the building of the Disney Magic & Disney Wonder and has commanded both ships during their inaugural years.
Captain Fabian Dib (1996 - Present)
Buenos Aires, Argentina 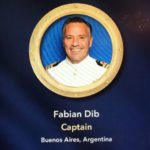 Captain Fabian began his 22 year career at sea in the Argentinean Navy, followed by sailing ships and cruise ships. Fabian was part of the Site Team in Italy during the construction of the Disney Magic and Disney Wonder.
Commodore Tom Forberg (1995 - 2020)
Gjovik, Norway 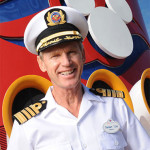 Commodore Tom is a seasoned mariner with over 30 years of experience at sea. His nautical career began in 1967 with NAL. After serving in the Norwegian Navy, he returned to the cruise industry in 1976, working aboard the ships of RCCL, Jebsen Line, Fearly & Eger/ELC, SSCL and Crystal Cruises. He started his career with Disney Cruise Line in 1995 as the first captain to be hired. He supervised the construction of the Disney Magic and the Disney Wonder, and commanded both ships on their maiden voyages. He is also the first Captain of the Disney Dream and the Disney Fantasy. In August 2013, Disney Cruise Line bestowed the honor of Commodore to Captain Tom in a ceremony held aboard the Disney Fantasy. It was announced internally in mid-September 2020, that Commodore Tom will retire after 25 years with Disney Cruise Line on January 10, 2021. On October 17, 2020, Commodore Tom disembarked the Disney Fantasy while the majority of the fleet was in Brest, France allowing him to receive a heartfelt sendoff by crews from the Magic, Dream, and Fantasy.
Captain Thord Haugen (1998 - Present)
Plantation, FL 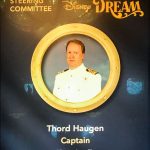 Captain Thord attended Tonsberg Maritime Hogskole where he earned his Bachelor of Science in Nautical Studies. During this time he held various positions up to Staff Captain until 1998, when he joined Disney Cruise Line.
Captain Michele Intartaglia (2011 - Present)
Procida, Italy

Captain Michele Intartaglia began his maritime career over twenty years ago onboard cargo ships. In 1999 he moved into the cruise industry and joined Disney Cruise Line in 2011. Intartaglia comes from a sea fairing family and greets up in a small yet famous island close to Naples, Italy. In December 2022, Disney Cruise Line announced his promotion from Staff Captain to Captain starting with a rotation on the Disney Fantasy.
Captain Jonathan K (1998 - Present)
Viera, Florida 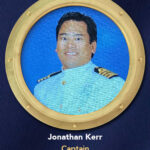 Captain Jonathan graduated from the United States Merchant Marine Academy in 1997. He sailed for a year on a casino boat outside Chicago before joining Disney Cruise Line in 1998. He has sailed on all fours ships in the Fleet beginning as a Jr Navigation Officer. 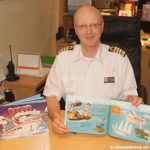 Originally from the Netherlands, Hans' interest in water, ships, and the sea was only natural - fueled by the many nautical books he read as a child. This led to his decision to attend nautical school and join a shipping line. After sailing on freighters, tankers, bulk carriers, and just about every other type of ship plying the oceans, he "landed" on a cruise ship where he decided to stay. He was involved in the building of four new ships including the vessels for Disney Cruise Line and is now Master with Holland America Line, sailing to every corner of the world. Bio via www.captainspublishing.com
Captain Andy McRonald (2010 - Present)
Aberdeenshire, Scotland 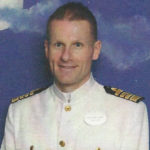 Captain Andy started his seagoing career with tankers then joined Disney Cruise Line in 1999 as a Chief Safety Officer. In 2003, Andy left DCL to become a Senior Watch Keeping Officer with Holland America Line. From 2005 - 2010 he served as a Marine Pilot for Aberdeen Harbour in the United Kingdom. In 2010, he returned to Disney Cruise Line as Staff Captain.
Captain Marco Nogara (2010 - Present)
Venice, Italy 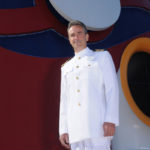 A native of Venice, Italy, Marco fell in love with the sea early on and has enjoyed an extensive 30+ year career in the maritime industry commanding cruise ships worldwide from the Mediterranean to the Caribbean. Captain Marco started to sail for Disney Cruise Line in 2010 as Captain of the Disney Wonder. In 2011, he was in command of the Disney Magic. In 2012, he was appointed Captain of the Disney Fantasy. Before joining Disney Cruise Line, he was with Carnival Cruise Lines, where he served as Captain for 12 years.
Captain Robert Olmer (1998 - Present)
Netherlands 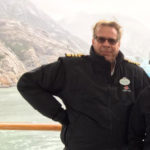 Jason joined Disney Cruise Line in 1999 as a First Office/Safety officer after serving as a Third and Second officer for half a decade with BP. Jason continued to earn his stripes and in 2004 became a Chief Officer before rising to the rank of Staff Captain in 2007.
Captain Gustaaf Verhulst (1996 - 2017)
Eindhoven, Netherlands 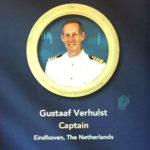 Guus Verhulst began sailing as a deck cadet on the SS Rotterdam in 1982. In September 1996 he joined Disney Cruise Line starting in the Celebration, Florida office working on the new build of the Disney Magic and Disney Wonder. He sailed as Chief Officer/Staff Captain on the crossing to Florida, and has rotated between ships as Captain since 2005.
Captain Zvonimir Vidak (2001 - Present)
Rijeka, Croatia 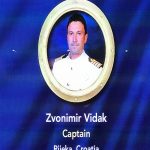 Upon graduation from maritime college in 1996, Zvonimir sailed as Deck Officer and obtained a Master Mariner license in 1998. He joined Disney Cruise Line in 2001 as a navigational watch officer and later he was promoted to Captain.
Captain Damir Vukonic (2015 - Present)
Rijeka, Croatia 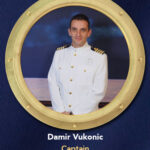 Captain Damir Vukonic began is nautical career in 2006 as a Staff Captain for Gerbulk – ocean-going cargo. Less than a year later he was promoted to Captain. In 2012, Vukonic joined Disney Cruise Line as a Chief Officer and moved up the ranks to Staff Captain. Damir holds a Bachelor of Science degree in Nautical Studies from the University of Maritime Studies Rijeka. Damir was born on December 10, 1976.