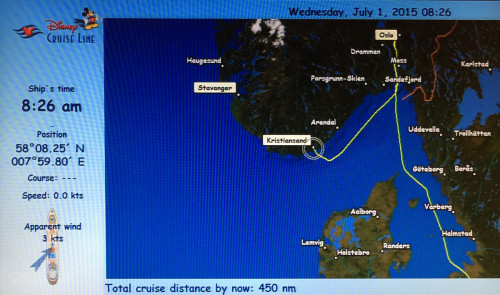 Today started off similarly to yesterday – Emily went to the gym and grabbed her daily oatmeal with walnuts while Isabelle and I slept away in total darkness. She did stop at the Cove Cafe to try the pressed hot tea, as she is a sucker for Earl Gray tea. Let’s just say that for $5 + gratuity, she felt it was not worth it. She likes her tea on the strong side, and although it was flavorful, you can get the same flavors with a Tazo or other ‘better’ tea brand. Isabelle and I were totally distracted by Wreck-It Ralph on the stateroom TV and delayed our breakfast at Cabanas. Thankfully, Emily put her foot down and kicked us out of the room otherwise we would have never made it off the ship before 9 AM. 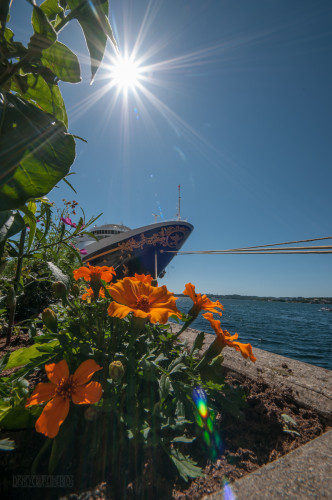 In typical Sanders fashion, we went ashore to see the sights of Kristiansand, Norway on our own. Just like the masses at Magic Kingdom, we got off the ship and headed counter clockwise with our first stop the Christiansholm Fortress. 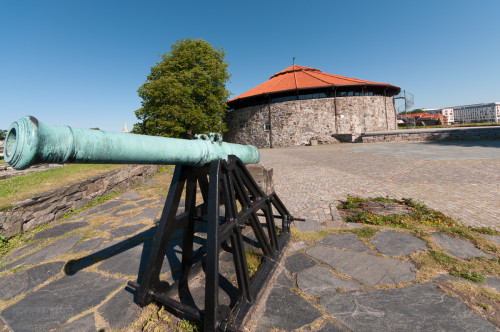 Aside from walking around, there was not much to see. We did peek in the windows atop the spiral staircases and it looked like this would be a nice place to have a wedding reception or large group gathering.

We continued our stroll around Kristiansand and walked along the waterfront and back around the beach where it appeared they were setting up for a concert. Isabelle tried her luck with the climbing structure, but was sadly unsuccessful. A couple of guys who were up to no good… oops, I mean a couple of guys also sailing on the Magic also tried. One of them did make it to the top and has a nice photo as a reward.

Our next stop was the Cathedral of Kristiansad in the city center. We entered the church during a time with an organist playing. Although photography was permitted inside, I did not have any local currency on me at the time so I did not feel right taking photos. 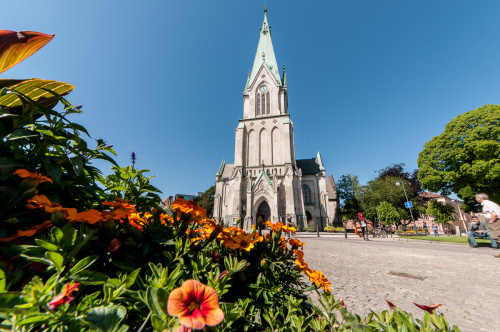 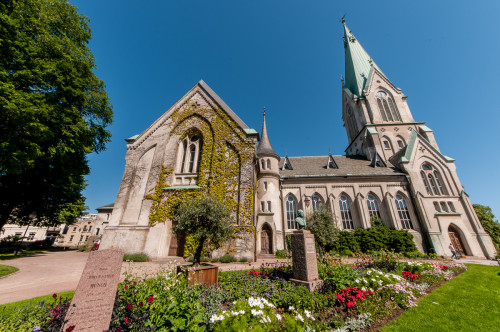 After leaving the Cathedral, we continued to walk around and window shop while me made our way back towards the port. We arrived in waterfront area near the port with more than a handful of restaurants. 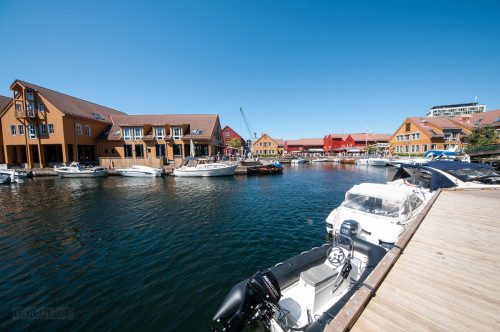 After looking at the menus we decided to get some local lunch & a beer rather than onboard the ship. However, after being seated our server said she’d be right back with some menus, but more or less disappeared. After about 15-20 minutes of waiting, we decided to just go back to the ship and had lunch at Cabanas. 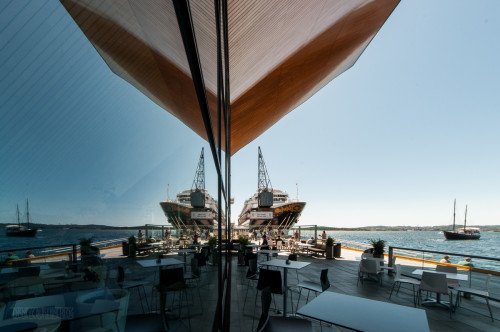 After a full day in Oslo and the morning walking around we opted to just relax after lunch. Eventually, Isabelle and I stopped by the open house in the club for a bit then checked into the lab to draw some Disney characters.

I headed towards O’Gills with my laptop to edit some photos and learned that Know It All Trivia is not at all easy. I think I’d have better luck on Jeopardy.

About 5-ish, I picked up Isabelle so that we could get ready for dinner early, as we wanted to attend the Captain’s welcome reception (this happens to be one of the few times there are free drinks available). Tonight, they were serving the Yellow Bird, a Cosmopolitan, a sweet white wine (which Emily thought was a sweet German Riesling), and a colorful non-alcoholic drink that ended up being too sweet for Isabelle’s liking. There was a high percentage of guests dressed up for the evening. Originally, I was not going to bring my tux in an attempt to reduce luggage weight, but my suit was a tent so that was not an option. 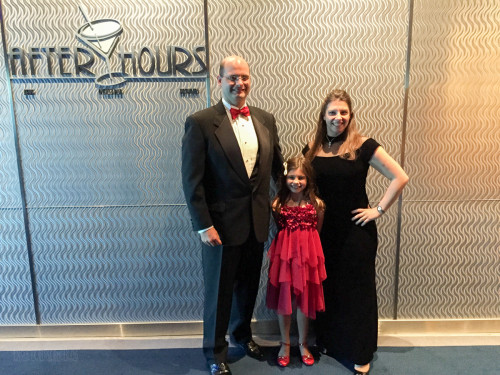 Our dinner rotation put us in Lumiere’s, which is about the perfect venue for formal night. Continuing the trend, I selected from the Regional Inspirations portion of the menu starting with the Ham and White Cheddar Croquettes. 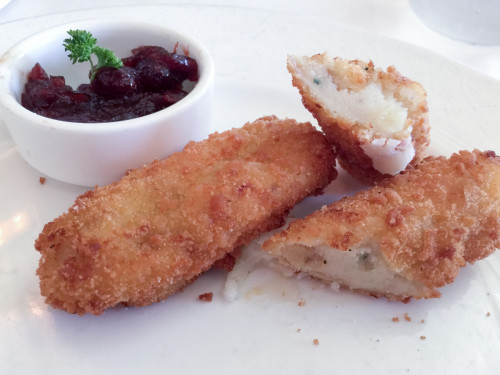 They were ok; there was a distinct ham flavor with very little ham actually visible and the cheese must have been a mild cheddar because it wasn’t that noticeable.

Emily went with the Ice Lobster and Jumbo Shrimp. It was ok, a lot of dill and not enough of the sauce to run the seafood through, but not a bad choice.

Isabelle chose the Conchiglie Pasta with buttered Lobster in a Tomato Shrimp Tarragon Brandy Sauce. She ate almost all of the lobster & said it was ‘ok.’ 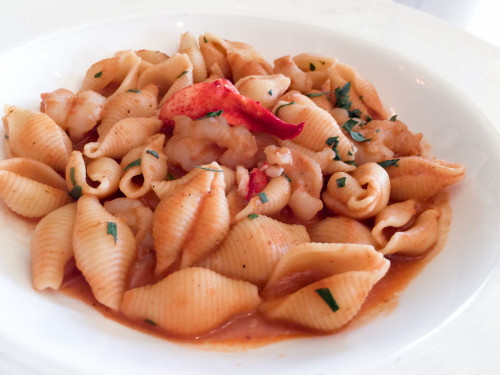 Emily went with the Wild Mushroom-Stuffed pasta in a vegetable broth. This is her ‘usual’ and felt that the portion was actually bigger than usual, and actually left some. 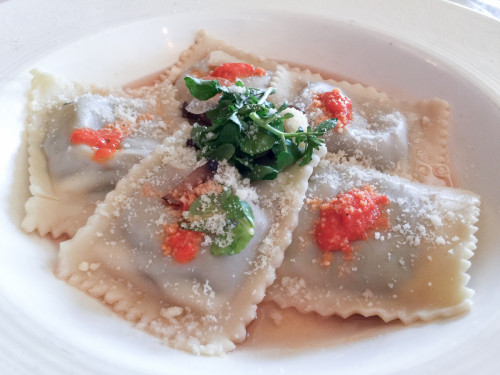 I went with one of the two regional inspirations, the Mini Potato Dumplings in a Tymy-Rosemary cream sauce with pine nuts. 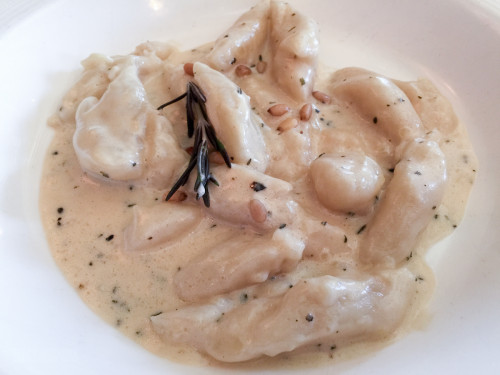 This was an excellent dish and I’d definitely order it again if it still on the menu. 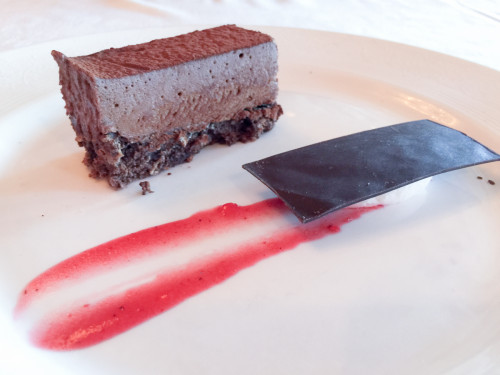 For dessert, it was the first Mickey Bar of the cruise for Isabelle, the Peanut Butter Mousse for Emily, and to close out my regional inspirations night at Lumiere’s, I went with the Summer Berry Pudding. 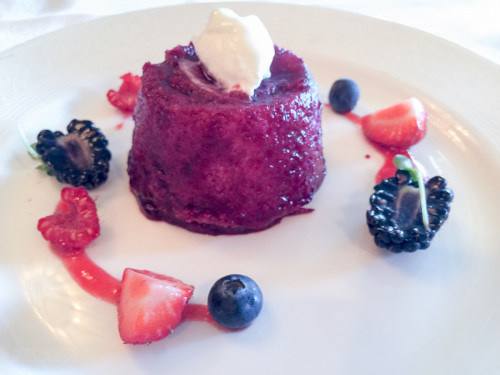 I wouldn’t necessarily call it pudding, but it was pretty good. If I had to do it over it would be a toss up between the Grand Mariner Soufflé or the Tahitian Vanilla Creme Brûlée.

Following dinner we headed over to O’Gills for Villains Trivia. Just like the last time we attempted this trivia last October, we did poorly. Even some we thought we nailed were completely wrong.

With Tangled: The Musical taking the frying pan to the Villains in November, this was more than likely the last opportunity to see one of our favorite shows, Villains Tonight! aboard the Disney Magic. At some point Hades’ rolodex was replaced with only Disney Villains rather than timely celebrity names that fit the bill. Sure the jokes played to the crowd, but it was always funnier (at least in my opinion) when they were based on pop culture. The girls enjoyed the show and Villains Tonight! is still Isabelle’s favorite show.

Oh, it was still very much daylight after the show… 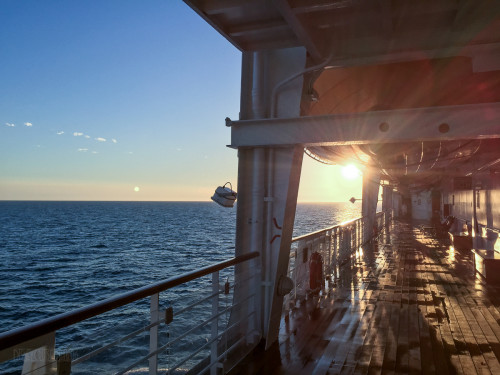 After the show, we all went to bed to rest up for an early day in Stavanger, Norway… Well, the ladies went to bed and I tried to upload the photos for yesterday’s Oslo trip log, but for some reason the Internet has been having issues with uploads. Downloads were fine and pretty fast, but trying to upload a ~3-4MB Personal Navigator PDF or a 500-800kb photo would time out. I gave up after about two hours and went to bed only to have the same issues again on Thursday. (Thursday Update on the issue: I received a voice mail during dinner that the upload issue was identified and hopefully resolved. I did put it to the test and uploaded a few Personal Navigator files totaling about 15mb in a rather short time without stalling and timing out. I will keep my fingers crossed.)