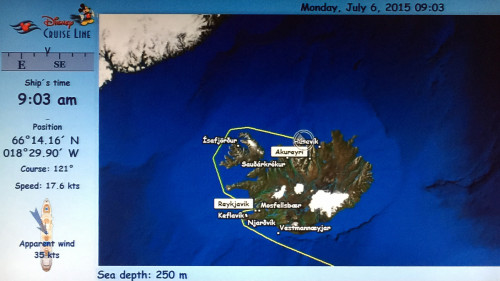 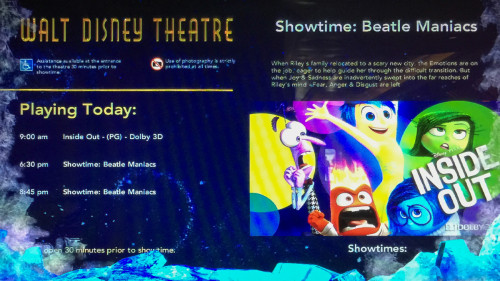 We had already seen it before we left on the cruise, but we all in agreement to go to an encore presentation, as we all enjoyed it the first time around. I left the move around 10 AM, as Commodore Tom mentioned on yesterday’s announcement that we’d want to be on deck around 10 AM to watch the sights as we sailed through a narrow fjord. It was a good decision, as the scenery was beautiful. 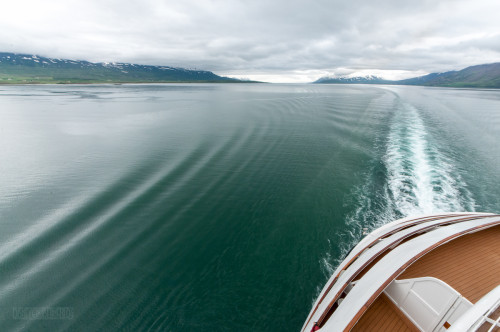 I met up with the family, who were all bundled up on deck 9 watching Pirates of the Caribbean Dead Man’s Chest on Funnel Vision. 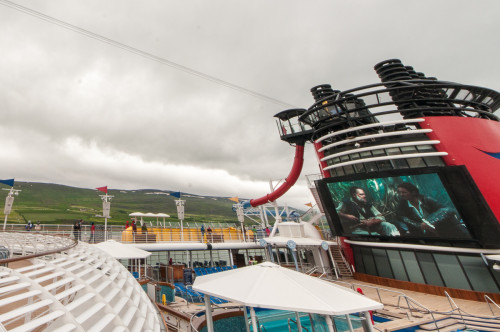 We wandered into Cabanas just after they opened at 11:30 AM and it was jam packed because we were able to go all ashore at 12:15 PM, so everyone was trying to get lunch in before that. At breakfast & lunch, Cabanas has a daily special to try to defeat the boredom. Today at breakfast, they had a variety of pound cakes, and I tried the orange vanilla. Today at lunch, it was a baked potato bar, so Emily & I made baked potatoes. Isabelle was excited that the cajun grouper was offered again.

We stopped back to the room to get our stuff for the excursion, then headed over to After Hours to meet up the Jarretts and another couple whom we were going to be doing a private tour with. We headed off ship and our tour guide was holding a sign. Heather arranged a private tour with Saga travel from 12:30-3:30 to the waterfall Godafoss and the Christmas House. Our guide’s name was Gummy, and he proved to be fantastic and full of knowledge. We all received a bottle of Icelandic water and then were off. The drive to the waterfall was a very scenic trip and Gummy stopped at an overlook for us to snap a few good photos. 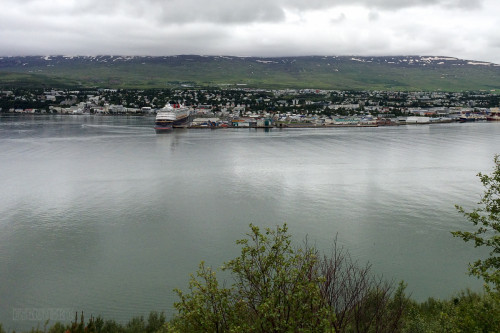 He mentioned that there was not much snow left, but just 2-3 weeks ago, the mountains were still covered. Isabelle was pretty disappointed, as she was so looking forward to being able to physically touch snow. Gummy looked close to the road, but there was none to be found. He also mentioned this was the warmest day of the year so far!

Once we got to the waterfall, it looked like rain was inevitable. We were lucky, and the only precipitation we encountered was the spray from the waterfall, but with the wind, it was definitely cold. We all took photos, and then it was back to the van. 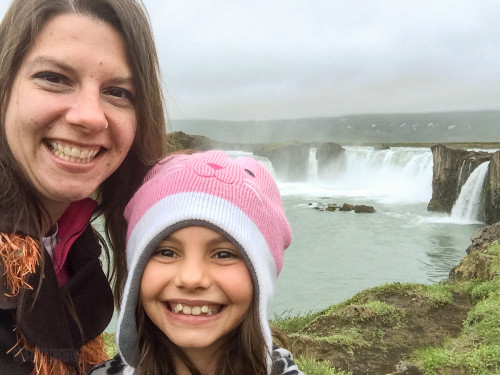 Gummy shared with us some smoked salmon on dark rye/pumpernickle bread which was very strong. Emily and the other couple really enjoyed it, but it was very strong. The smokey taste lingered for a while. 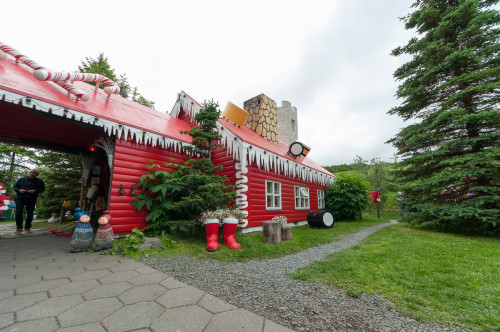 It was adorable. It smelled good as we entered (although later we found that scent to be a leg of lamb hanging from the ceiling). It was two levels of all kinds of Christmas stuff – there were ornaments, both local & non-locally made, among tons of decorations. In the basement of the Christmas House, you will find Grýla in her cave. According to Icelandic tradition, Grýla is used by adults to scare kids into being good. 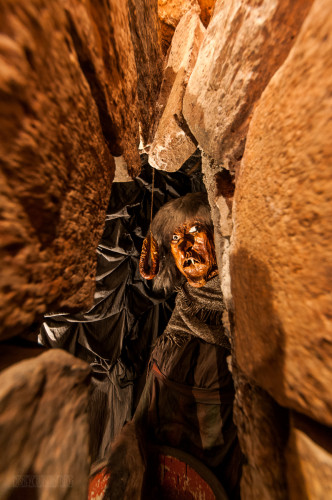 Isabelle found a handmade decoration & a couple of candy canes, and Emily bought two ornaments made in Iceland. On our way out, there was a snack stand that was selling waffles rolled onto a stick dipped in chocolate, rolled in coconut, topped with whipped cream, & drizzled with caramel. These looked delicious. Three people in our group got them, but Em & I weren’t hungry so we watched the others enjoy them.

Next to the Christmas house, there was another shop where they were serving jams, jellies, syrups, sauces, and all kinds of other stuff. There were samples out to try the various things. There was also a gal making yarn. It was a cute shop.

On our way out, we hit the bathroom, and it was a cute little Christmas hut. Everything was themed. Gummy said that the house was very cute in the winter covered in snow, as it went with the theme of the season. Local families bring their families there for treats & photos.

Gummy dropped us off in downtown and pointed us to the bookstore with free wifi. We then walked up to the church to get some nice photos of the ship. 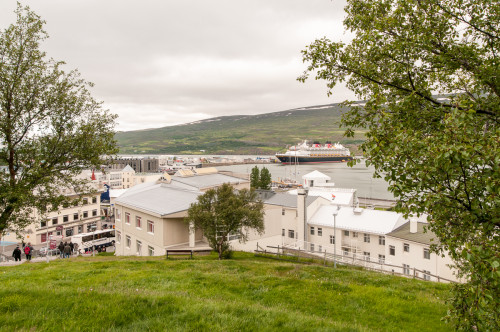 We took the short walk from the town area back to the pier. On the way, we found a little sitting area near the water with what appears to be a whale tale sculpture. 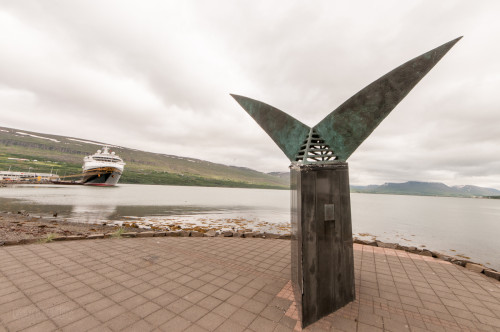 Back on the ship, we walked through the atrium and saw Oaken’s Maypole Twirl and Swirl getting underway. 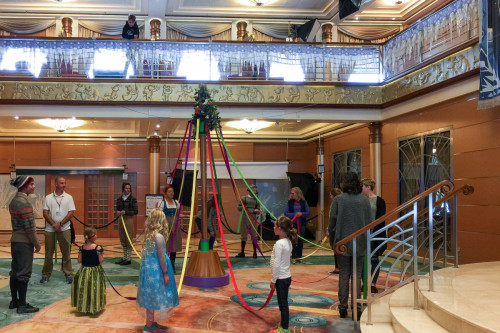 We stopped by Promenade Lounge for the Drink of the Day, a Frozen inspired Snowflake Martini. 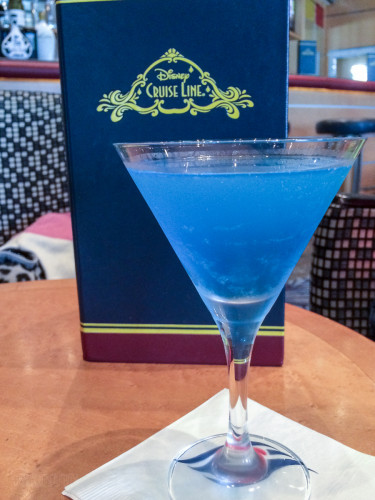 This evening’s dinner was based on today’s theme, Frozen, and it was another brand new menu for us to sample. Isabelle ordered two of Elsa’s Coronation Scallop appetizers for her dinner. They were served in a soup bowl topped with a light pastry topping. She was happy with her choice as they were flavorful. Each one had 3 scallops inside.

Emily ordered the Andersens Baby Field Greens & said the salad was fine; ‘it was a salad.’ 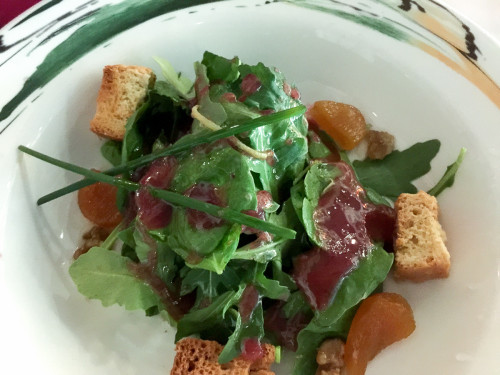 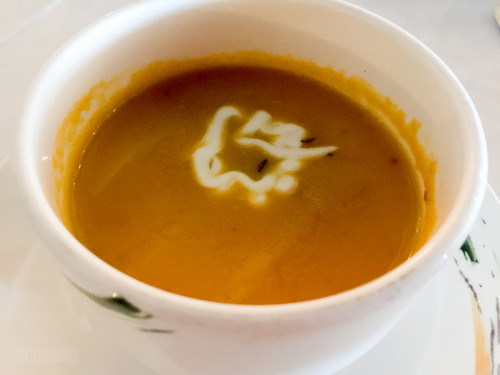 The entree Emily ordered was Anna’s Honey Mustard Marinated Salmon. The potatoes were good, however the salmon was dry and not very flavorful and she didn’t taste the honey mustard. I did not try it, but I prefer my salmon dry so if you are like me, you may like this dish. 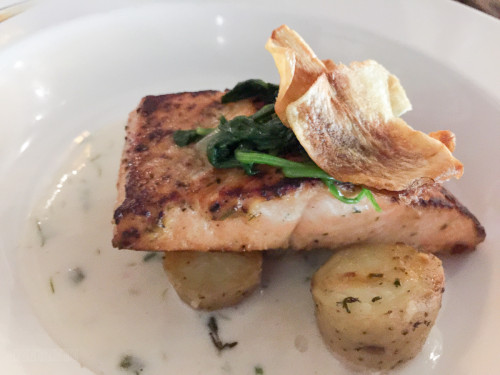 I bet you cannot guess what I ordered… Yup, I went with the chicken again, the Herb Roasted Chicken. The chicken was well seasoned which is more than I can say for the potatoes. 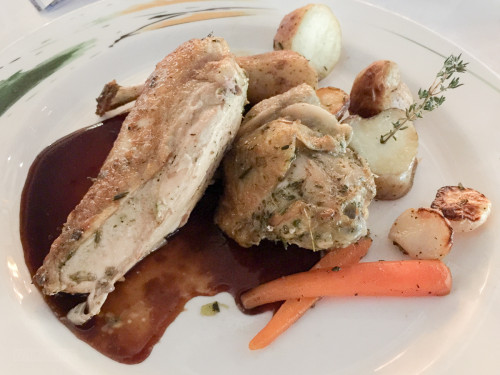 The Frozen dessert menu included the Sweet Temptations with a sample of the Norwegian pancake, Olaf’s White Chocolate Floro Dome, and Almond Berry Crumble Cake. I thought it was 33% good. 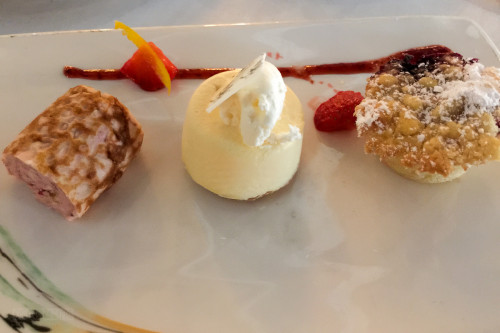 I also ordered the Sitron Mousse which could have used some more rubarb puree to give the dish some additional flavor. 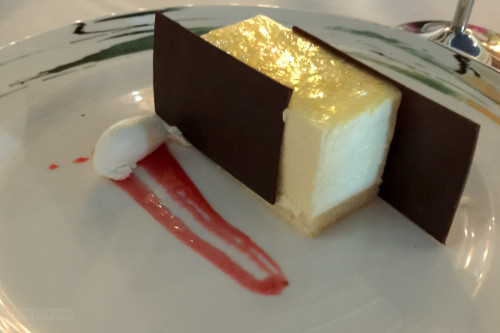 Isabelle ordered dessert from the children’s menu, the chocolate brownie sans ice cream. She said it was good. 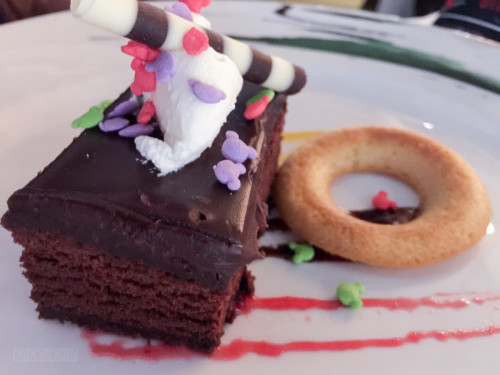 Remember I said my sampler was 33% good – well the highlight of the dessert menu was Emily’s choice, the Pannekaken – Norwegian Pancake. It was a bit sweet, but it had excellent flavor coming from the lingonberry cream cheese. 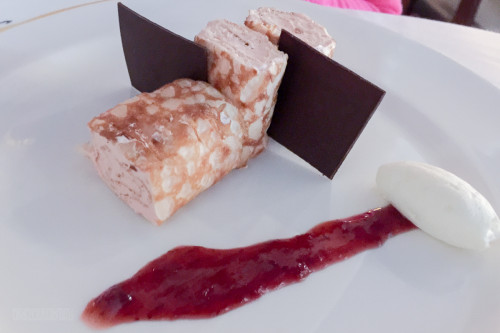 Isabelle wanted to go to the kids club for painting with ice cubes and forego the Frozen deck party. I headed up on deck to check out Freezing the Night Away while Emily stayed behind in the stateroom. The deck party lived up to the name, it was FREEZING on deck as we were cruising through the breathtaking fjord away from Akureyri. The deck party lasted about 30-minutes concluding with Elsa and snowflakes. I recorded the deck party and will upload after I get home. 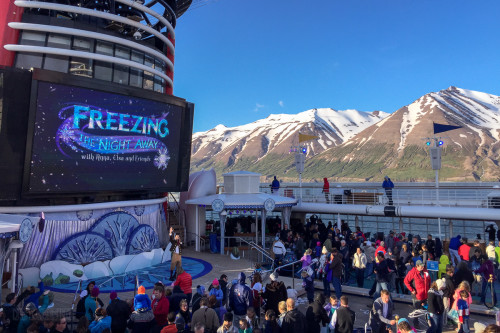 Following the deck party I grabbed Isabelle a plate of snacks from the Cove Cafe and we headed back to the stateroom to end the day. Thankfully, tomorrow is a sea day. I have a feeling it will be a lazy day onboard.