Personal Navigators, and other handouts from the 11-Night Westbound Transatlantic Cruise from Barcelona. The Disney Magic set sail from Barcelona on September 16, 2017. During this cruise, the ship was under the control of Captain Marco Nogara. The Cruise Director during the sailng was Lesley Dallas.

During the crossing, the WBTA itinerary was altered due to tropical weather moving north along the east coast of the United States. The scheduled day in Saint John’s, Newfoundland was replaced with a day at sea and the Magic arrived in New York a day early for an overnight. Guest were welcome to disembark a day early or stay on for the additional night. Port Adventures were offered in New York for guests. 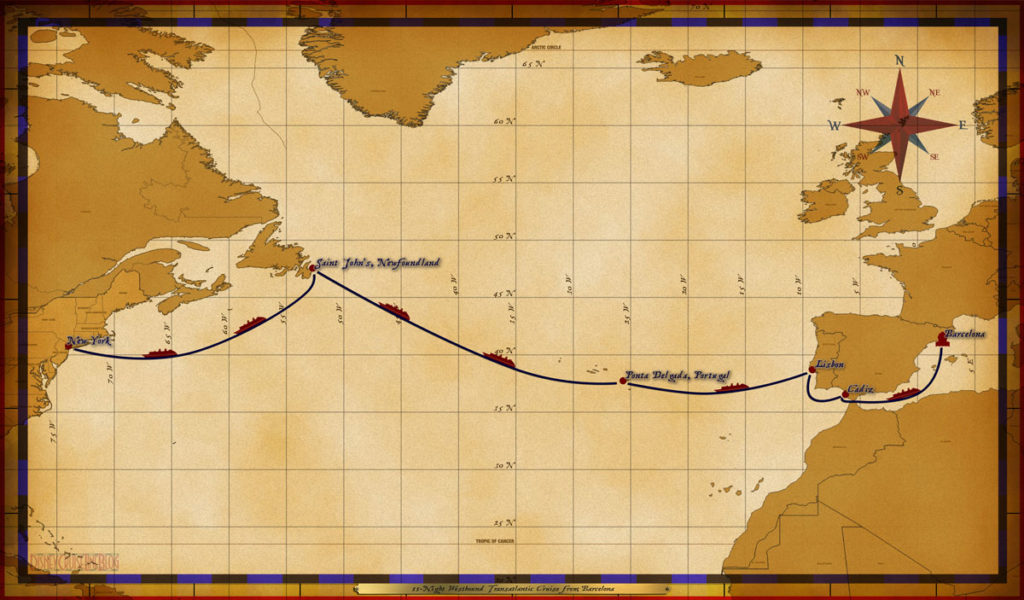 Thank you Jérôme Bortaud and Eric Oppegaard for sharing and contributing.
If you have any navigators you would be willing to share, please send me an email. If you would rather upload the files you can use our upload form.