The Disney Magic will forego a previously scheduled stop in St. John’s, Newfoundland on Sunday, September 24, 2017 due to Tropical Storm Jose and potentially Hurricane Maria. Guests onboard the Magic were informed of the itinerary change this afternoon (ship time ~10:30AM EDT). As a result, the Disney Magic will spend an additional day at sea, but will arrive in New York a day early and overnight allowing guests to explore NYC while still having one more evening aboard the ship.

Guests were giving the following letter with turndown service which was shared by my buddy Eric who is sailing on the Magic. 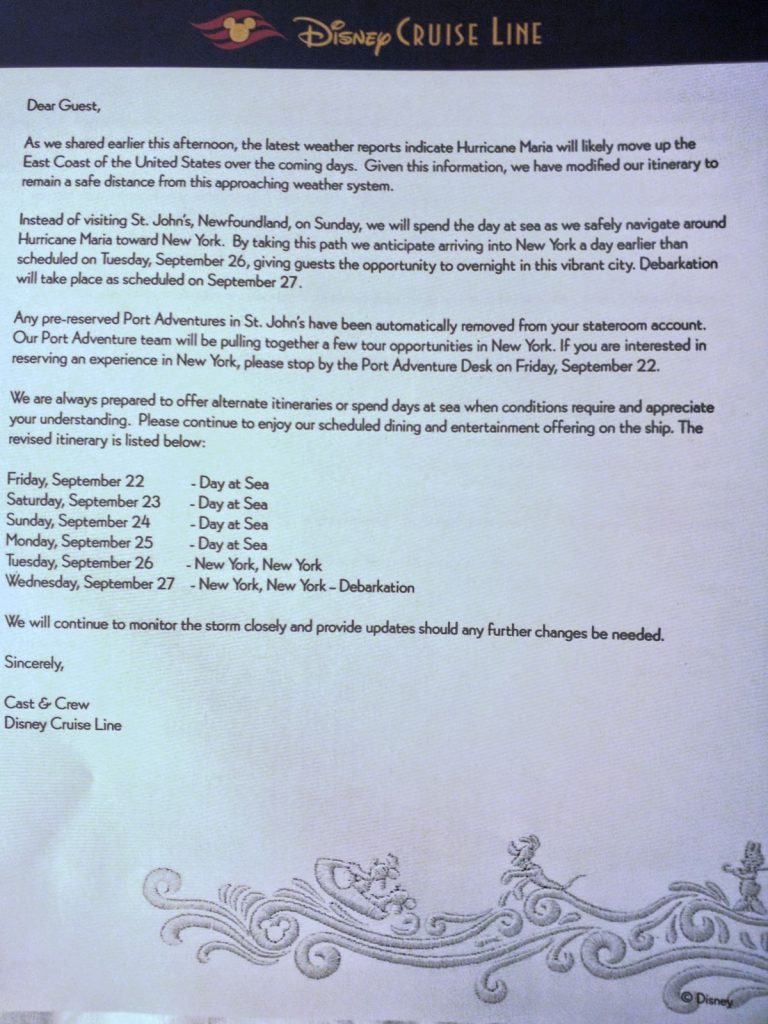 The letter specifically states Hurricane Maria, but even Friday’s 5AM update has the hurricane well south of New York on debarkation day in NYC. There is no doubt Post-Tropical Storm Jose is also playing a factor. 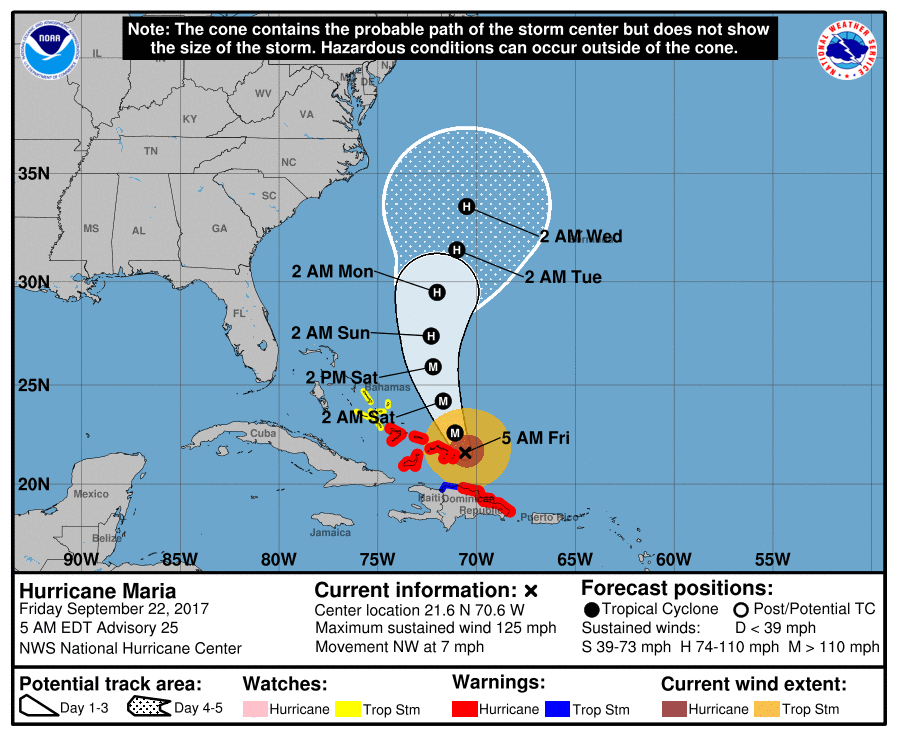 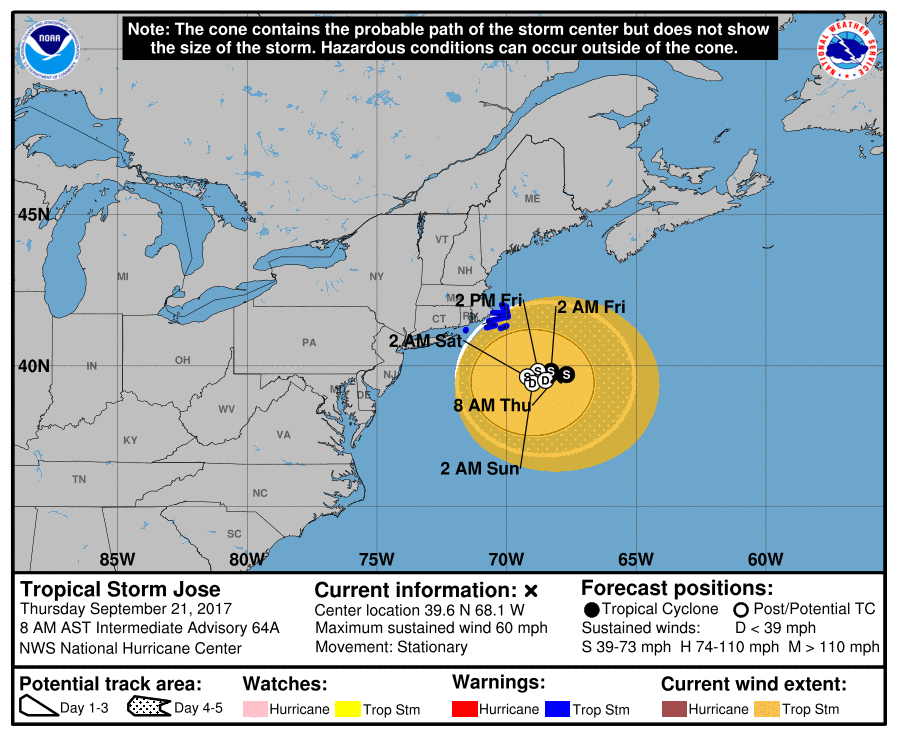 Tropical Storm Jose is just sitting off the east coast and the National Hurricane Center forecast indicates the system will remain in the vicinity.

The revised 11-Night Westbound Transatlantic Cruise from Barcelona to New York is as follows:

Guest services have been telling guests booked on the September 27th 5-Night Canada and New England Cruise from New York this should not impact the departure and at this time they also do not anticipate any changes to the ports of call.