Personal Navigators, and other handouts from the Halloween on the High Seas 14-Night Eastbound Panama Canal Cruise from San Diego. The Disney Wonder set sail from San Diego on October 27, 2017. During this cruise, the ship was under the control of Captain Daniele Aschero. The Cruise Director during the sailng was Darren McBurney.

According to passenger, Anthony Onofreo, the highlights of this cruise, beside the remarkable transit of the Canal itself, were the at-sea day talks given by retired Panama Canal pilot Captain Ken Puckett, as well as those by Disney animator/writer/director Ron Clements. Captain Puckett shared his knowledge of the history and operation of the Canal in a very informative and entertaining way. Mr. Clements discussed how he began his career, and then took the audience through the details of all the productions he worked on. Following presentations on his hit movies, which included The Little Mermaid, Aladdin, Hercules, Treasure Planet, Princess and the Frog, and Moana, he then introduced the audience to a screening of each film. Truly a rare and memorable opportunity than was enjoyed by capacity audiences! A fantastic time all around. 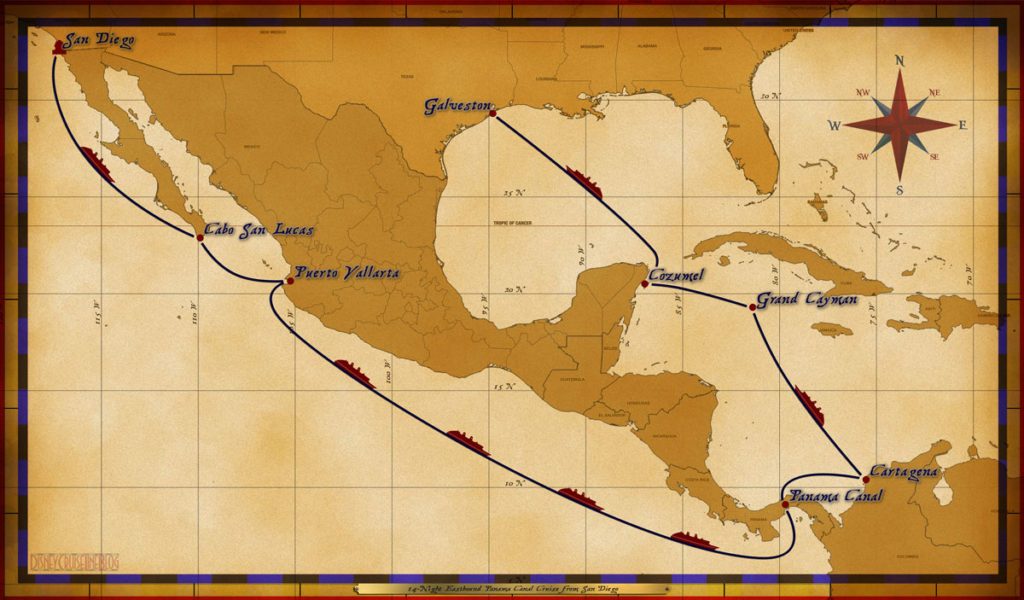 Thank you Andrea Trivillin, Jenny Hart, and Anthony Onofreo for contributing to this post.
If you have any navigators you would be willing to share, please send me an email. If you would rather upload the files you can use our upload form.