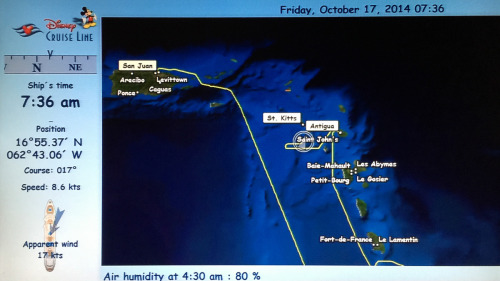 While we were only a skip and a jump from St. Kitts due to our re-routed itinerary, the Disney Magic did not arrive any earlier to port. As you can see from the itinerary map, we made a bulbous bow on the map before arriving around 11AM to St. Kitts. While we waited to make our grand entry to St. Kitts, Isabelle played in the Oceaneer Lab. She loves the ship simulators where she can captain any one of the Disney Cruise ships at various ports. She is becoming a pro at maneuvering the Disney Magic out of Castaway Cay. She claims Nassau is tough to maneuver with the other ships.

Emily, in true health conscious form, hit the gym inside Senses while I discovered that Cove Cafe was serving up some holiday specialties including Pumpkin Spiced Latte, Candy Cane Chocolate Mocha, and Gingerbread Latte. I tried to work on the Antigua trip log, but got distracted by an interesting email… 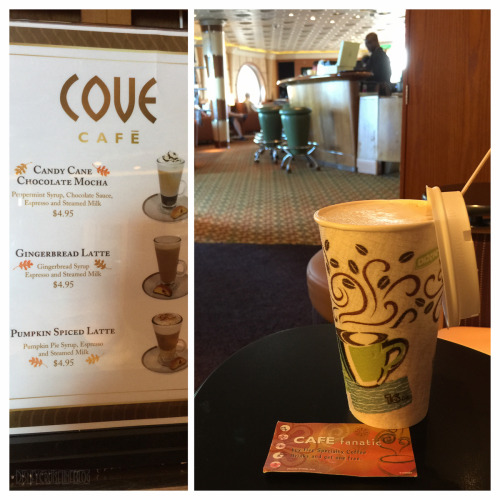 Emily arranged another private tour for our family and three other couples. We met our driver/guide, Annie just past the port security gates and set off on our tour. Our first stop provided a view of the Disney Magic in port with sister island, Nevis in the distance. 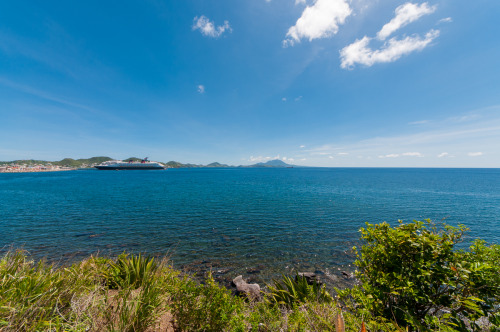 St. Kitts is know as a fertile island and these surviving petroglyphs are a testament to the inhabitants who date back to 2500 BC. It was not until 1623, that the first European settlers arrived on the island. 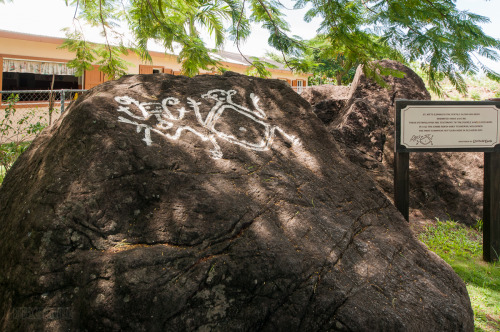 Wingfield Estate was our next stop on Annie’s Island Tour. The estate was home to sugar and rum production and archeological digs are still in progress on the site. A recent discovery was the rum facility which was adjacent to the main structure, but buried. 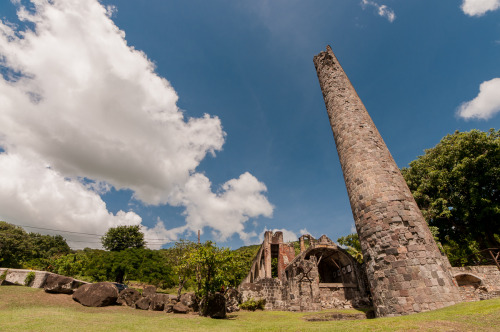 Our tour continued to historic Romney Manor featuring a beautiful botanical garden as well as a gift shop with local batik artwork. The batik process is very labor intensive as artisan mask off areas of fabric with wax before dipping the fabric in dye. The wax is boiled off and depending on the piece the artisan masks off more areas with the wax to dye the fabric with the next color. It can take over a week to create ornate and multi colored designs. 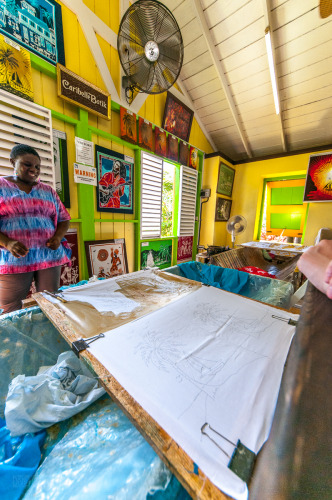 Following our time at Romney Manor, Annie has some local beverages available in her bus. I was drawn to Ting, a grapefruit flavored soda produced and bottled on the island. It was unlike any other soda, and I only wish it was a Coca Cola product available to sample at the Cool Spot in Epcot. Ting can be used as a base for Ting with a Sting; the sting coming from the addition of local rum. 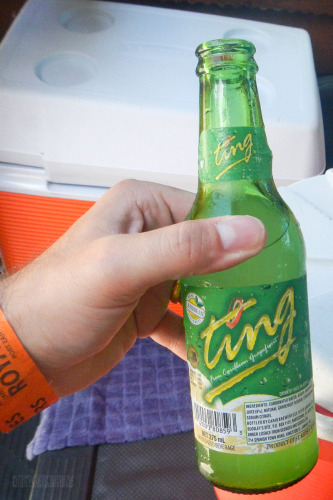 The highlight of my day was the Brimstone Hill Fortress. Granted, take me to an old fort and I am thrilled, but this was one of the more unique forts I have visited in my life. Although under duress, it still amazes me that a fortress like this was built on the mountain top. 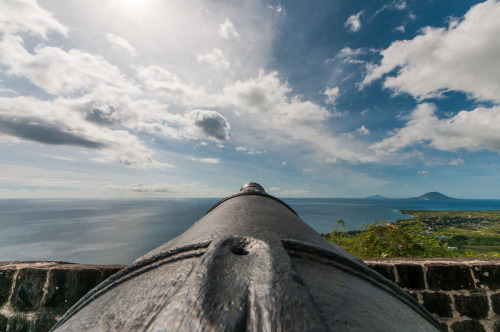 The views from the top of the fortress are magnificent! 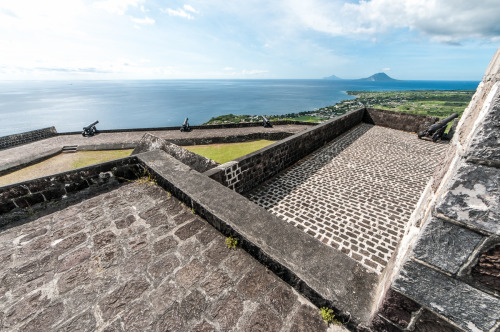 Our final stop on the tour was an overlook where St. Kitts splits the Atlantic Ocean and the Caribbean Sea. Interestingly enough, the island is inhabited by tens of thousand of monkey and some locals use them for photo ops. At this overlook there was a gentleman who had a donkey and two monkeys. In the short time we were there, the older monkey stole and drank two Carib beers and was finishing off a tootsie roll sucker. 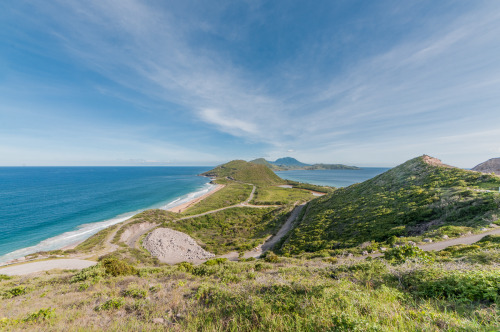 Our three and half hour tour extended to almost to almost an hour more. We were originally scheduled to spend some time at the beach, but our all aboard time was 5PM and really we would not have much time to spend at the beach so we decided to have Annie take us back to the port. She did take us through some of the more residential area where some celebrities have vacation homes.

We stopped in a few of the shops around the port including one of the best duty free liquor stores. I say best because the prices were some of the lowest we have found during our travels. 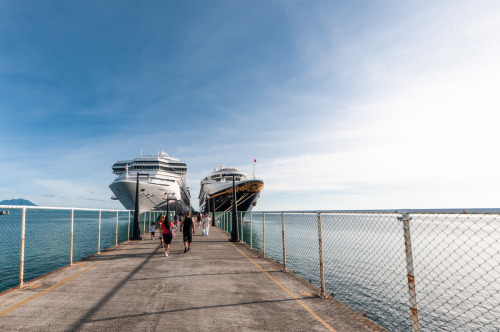 The gangway was pulled in shortly after 5 PM and we had a horn battle with the Carnival Valor (video to come once we get back home).

Our Til We Meet Dinner was in Lumiere’s. Normally this is a bittersweet night as the menu usually means it is the end of our cruise, but since we were doing the back to back and staying on the Magic to Port Canaveral so I opted for a double order of Celebration Cake! I did have soup and salad for dinner. 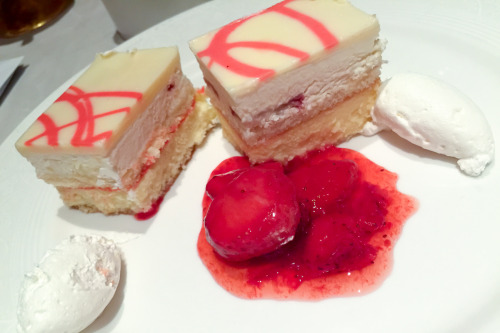 After dinner, we went to Fathom to see Randy Cabral perform his juggling act. We find it amusing when the jugglers are booked in venues with low ceilings; granted Fathoms does provide a little more space than the D Lounge. 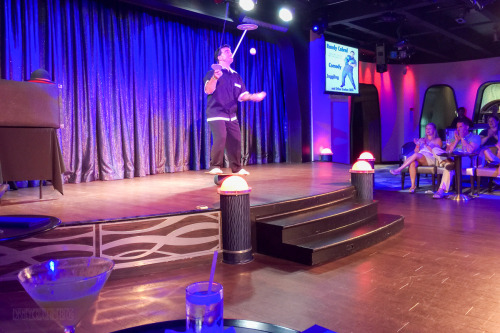 That about wraps up our 7-night Southern Caribbean cruise. Towards the middle of the week I began to heavily ration my data usage, but at 10 PM on the last night I still had a decent amount remaining that eventually went unused. Too bad I cannot roll the unused amount, oh well. I will say, I did not have any issues with internet connectivity throughout the Southern Caribbean. 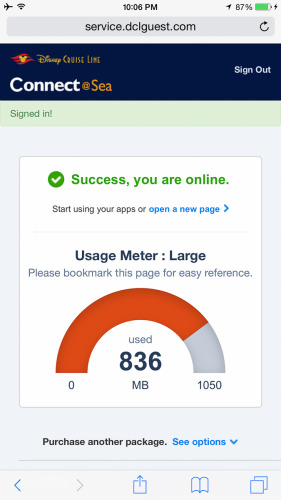 Thanks for following along this week. We do have some more to share once we get back home. Until then, we hope you continue to follow along the next few days as we continue to sail aboard the Disney Magic on a 3-Night San Juan to Port Canaveral Cruise.