We arrived in Grenada during the 8 o’clock hour and the ship was promptly cleared. Our morning began with a stop at the Port Adventures desk to see if there were any cancellations to one of the excursions that would be visiting the sculpture park. There were still two openings and John, who was working the Port Adventures desk, kindly added us to the wait list even though chances were very slim.

Wave phone in hand, we opted for relaxing sit down breakfast at Lumiere’s which put us in good spot if there was a last minute opening. 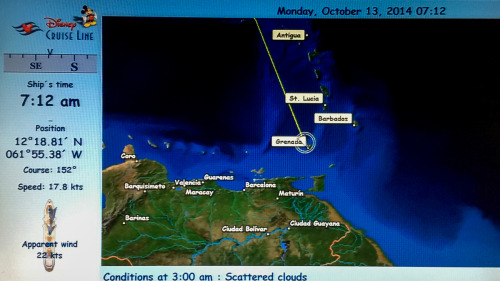 The call never came, but we were determined to snorkel the Grenada Underwater Sculpture Park on what was to become a gorgeous day in Grenada. We walked around the mall before inquiring with a gentleman in a blue Water Taxi shirt about a trip to the sculpture park. We felt the price was fair; in fact, even with the tip, it was less than the Disney Cruise Line Port Adventure we originally booked that had been cancelled. We met our boat driver and guide, Rocky, at a small dock adjacent to the cruise ship pier. 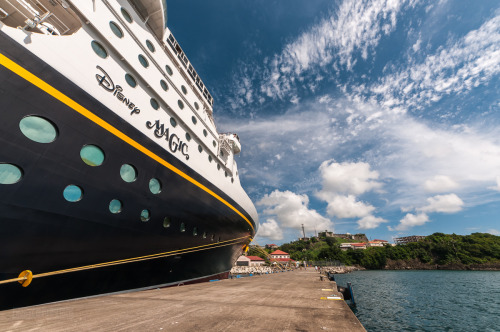 During the approximate 20 minute boat ride to the sculpture park, Rocky shared some interesting facts about Grenada. Upon arrival to the sculpture park we donned our gear and jumped right in to the warm water. Visibility was a little poor due to recent rain, but we still had a great time exploring the sculpture park. Rocky even joined up to help locate the underwater statues. 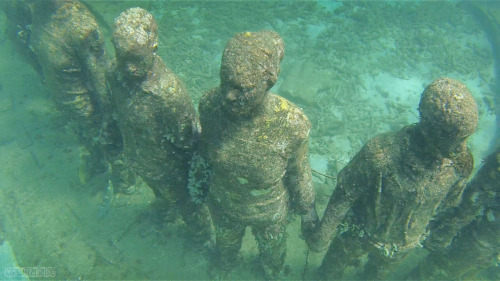 Our impromptu excursion was over just before lunch. We spent some time looking around the shops in the mall before reboarding the Magic to rinse off and drop our snorkeling gear off in the room and head up to Cabanas for lunch. After lunch, the girls hit the pools and I went back ashore to take some photos around the pier. 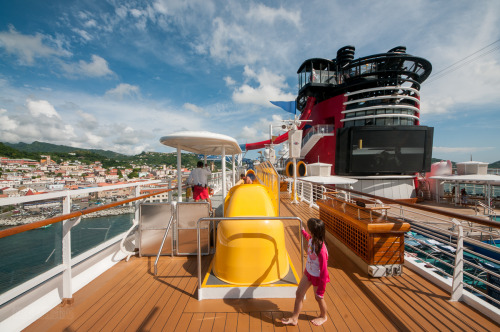 Tonight’s dinner was at our new favorite, Carioca’s, where we soon discovered the menu has been slightly modified since the debut last October. I was set on ordering the Jose Carioca’s, but at the last minute opted for the Roasted Honey BBQ Chicken Breast which was delicious. 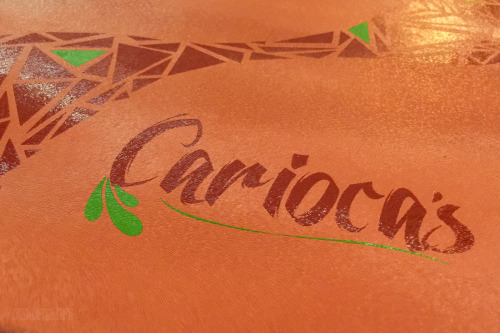 After dinner, Isabelle went to the Oceaneer Lab while we returned to the shops. By the way, the Halloween on the High Seas Tervis Tumblers, adult t-shirts, and pins are gone for this sailing. Keep in mind there were only 1000 pins made and split between the four ships. In my opinion, there should be a pre-order or the ability to order items while onboard to be shipped home for these special offerings when supply is well under the demand. This would also offset the opportunistic eBay sellers. 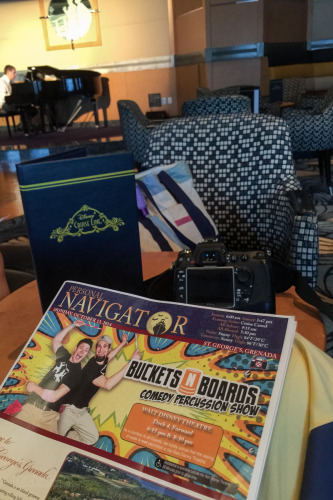 According to the Personal Navigator, tonight’s entertainment was Buckets N Boards, a show we have never seen before and after seeing the show, this has been a mistake. The guys were entertaining from start to finish. Their ability to ad-lib and roll with unexpected audience on stage visitors just goes to show how great Matt and Gareth are as performers.