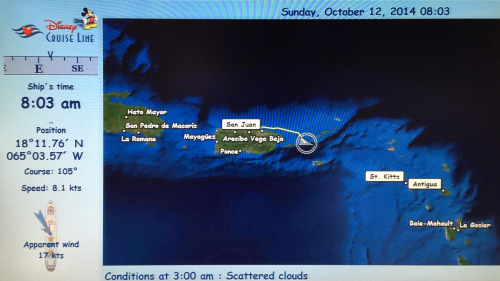 Our first full day of the cruise was spent at sea. The morning started off with calm seas and beautiful skies. Emily woke up early and hit the gym before we all had breakfast at Cabanas. 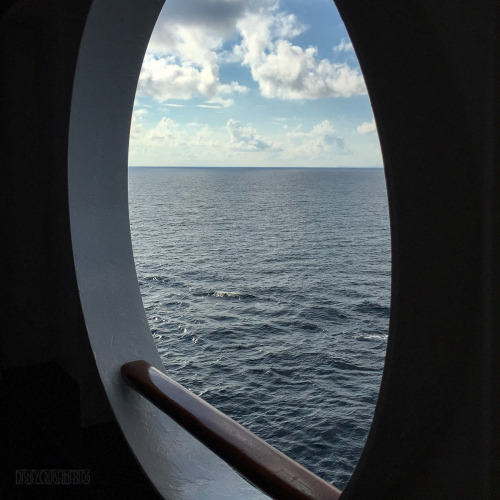 According to the Day 2 Personal Navigator, the shops were not scheduled to open until 9AM and we had heard reports that the Halloween on the High Seas merchandise has not been lasting long. We really wanted to get the pin and the Tervis tumbler so we arrived about 15 minutes early. This turned out to be a good decision, because others had the same agenda. The t-shirts cleared out very quickly and there were only 6 Tervis tumblers left after the opening rush. I did not stop back to see if they had been restocked, but I will try to make it a point to do so later this week. 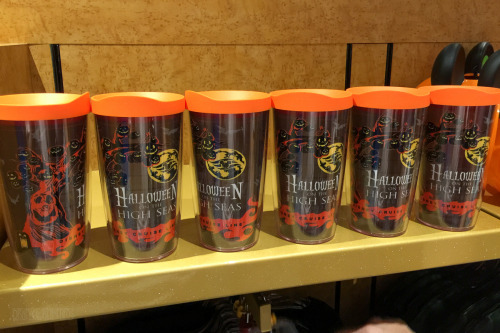 It was then time to hang out on the upper deck and watch Sleeping Beauty before the Castaway Club reception. Following the reception, we returned to the pool for a few trips down the AquaDunk and Twist N Spout water slides. 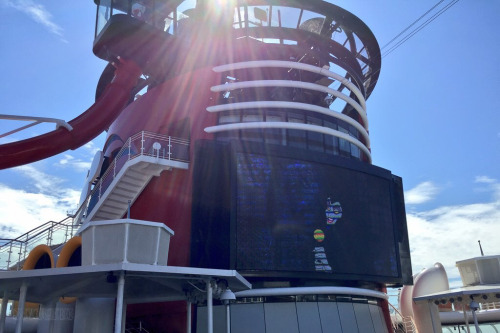 The rain arrived and so we decided to head inside to catch the 3:00PM showing of Guardians of the Galaxy in the Buena Vista Theatre. As we were headed to the theatre, Captain John made the announcement that we would be sailing a modified itinerary due to Tropical Storm Gonzalo. 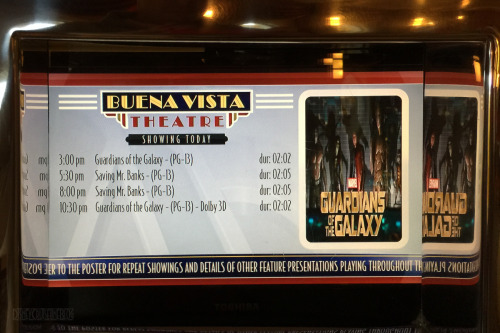 We are Groot, I mean we really enjoyed Guardians. The movie let out and we had just enough time to head back to the stateroom to get ready for dinner. Here is a cruise packing tip for you. If you pack a tuxedo for formal night, make sure you pack your shirt studs and cuff links. 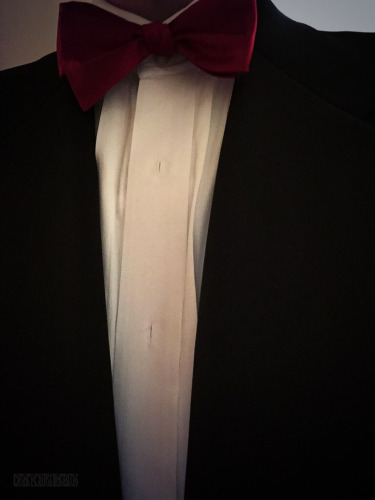 As we were leaving for dinner, we noticed a letter in our fish. Due to the change in schedule, our port adventure in Grenada to the sculpture park was cancelled. It figures – the one an only thing I wanted to see in all of the ports was cancelled. We looked at the other DCL port adventures that included the sculpture park, but they were either way too expensive with only 45 minutes of snorkeling or did not have availability for the three of us. We are still determined to see the sculptures and will see what we can do on our own once we get to Grenada.

The dinner in Animator’s Palate was the standard rotational menu with the Drawn to Magic show. (Yes, I received a menu for the Fantasy, but the contents were the same.) 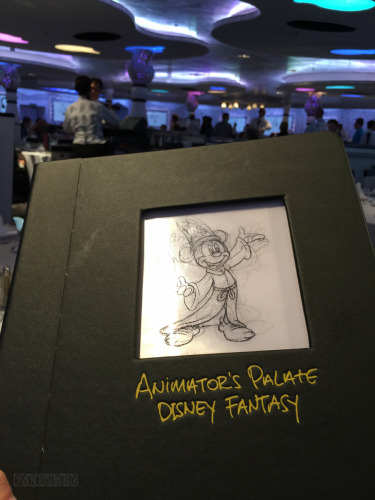 We spent the time after dinner between the port adventures desk and the internet attempting to plot our day in Grenada so we did not get to tonight’s show, Twice Charmed.