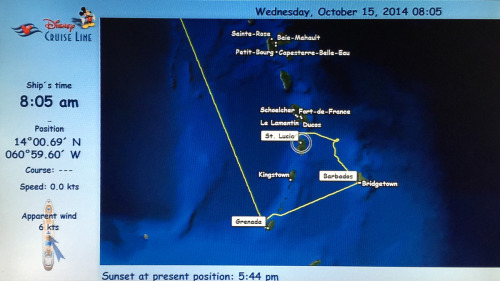 We arrived in St. Lucia bright and early on Wednesday and as in previous days, enjoyed breakfast outside at Cabanas. We pre-booked the Tropical Waterfall Experience through Disney which had a 9:15 AM meet time in the Walt Disney Theatre. 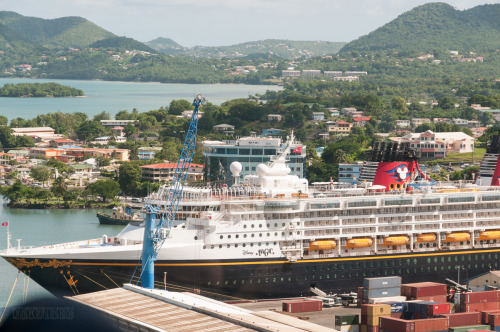 The port adventure included a rather long drive from the port. During the drive, the bus stopped at an overlook providing a scenic view of the Pitons. The Pitions, two volcanic plugs named Gros and Petit, have been designated as a World Heritage Site. 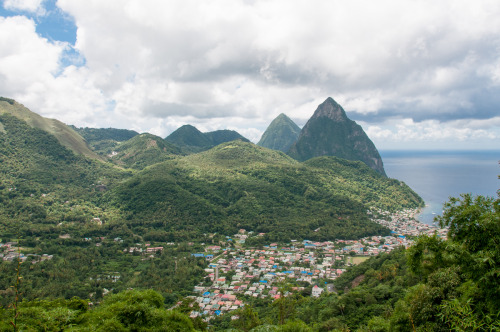 The first stop was the drive-in volcano, Sulfur Springs. The area lived up to the name with its strong sulfur smell. 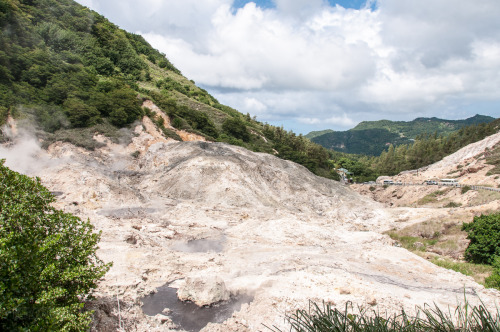 Our next stop on the tour was the Morne Coubaril Estate. This location was a cross between a cocoa and sugar plantation with demonstrations of the processing of the sugar cane and cocoa beans. Near the end of our visit, we were greeted with a passing shower. Luckily, we were inside the cocoa processing building when the heavy rain came pouring down. After the brief rain ended, we returned to the bus to visit Toraille Waterfall. Toraille is approximately 50 feet and the water was quite chilly. Isabelle only made it in up to her knees. The area was smaller than I expected and by this time in the afternoon many other tour groups were congregating at the falls. 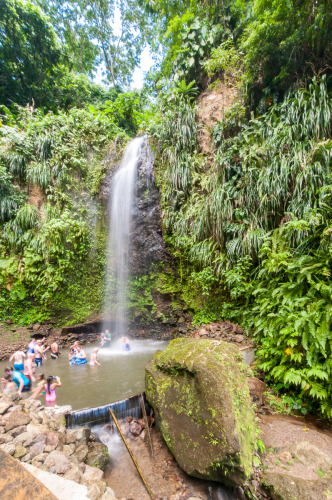 The tour was pretty much over at this point, but we still had a good 90-minute drive back to the port. We returned around 2-ish and spent a little time up at the pool before heading back to the stateroom to get ready for dinner. Tonight’s dinner was the Animation Magic show in Animator’s Palate, which is now offered on the Disney Magic during sailings of 7-nights or more. It is essentially the same show as the version presented on the Disney Fantasy just with black and white themed placemats to match the venue on the Magic. 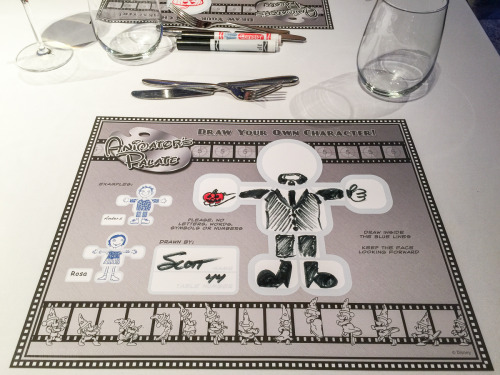 Considering this is a Halloween on the High Seas sailing, I went with the Headless Horseman. 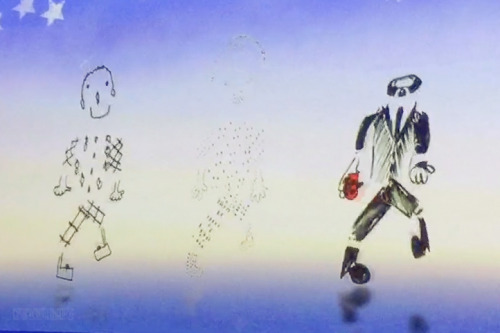 We raced through dinner in order to get to the 7:15-7:30 Officer Pin trading event so Isabelle could find new pins to add to her collection. I think she traded most of the pins she brought for some new keepers. 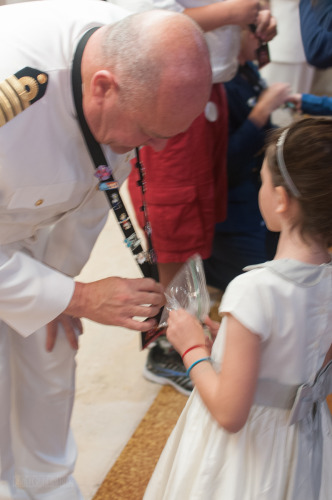 After pin trading, we walked around for a bit until the doors of the Walt Disney Theatre opened for tonight’s show, Villains Tonight! The show seemed to be an appropriate time to sample one the of special halloween specialty drink, Spooky Juice. 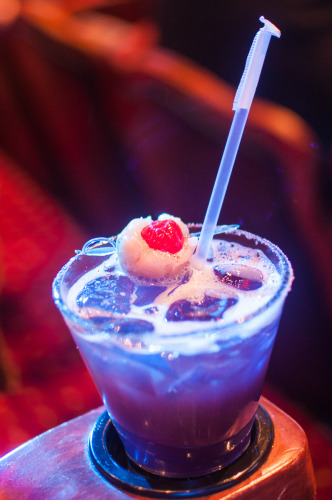 Following Villains, it was time to head back to the room and call it a night. To our surprise, Isabelle’s bed was made up in princess sheets. 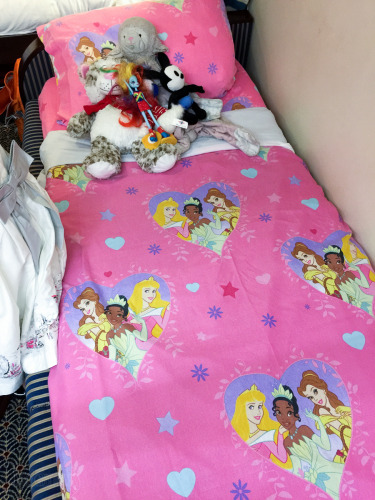 Tomorrow, we are heading to Antigua which we were informed sustained some storm damage resulting in some port adventure cancelations. We shall see how it it all played out……..