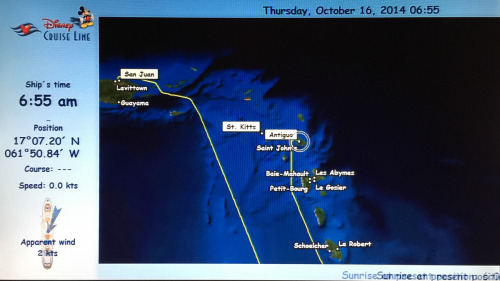 We were greeted in Antigua with beautiful blue skies while we enjoyed breakfast outside at Cabanas. Emily pre-arranged at private tour which was to meet on the boardwalk at 9 AM. While we were waiting for another family, Isabelle snapped this shot of the Disney Magic. 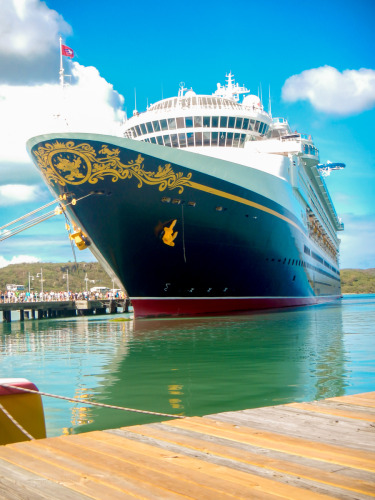 Once all of our group arrived at the rendezvous point, our driver/tour guide, Ricky, led us to his van. Our first stop was Betty’s Hope, a sugar plantation complete with a restored windmill used to power the sugar cane press.. 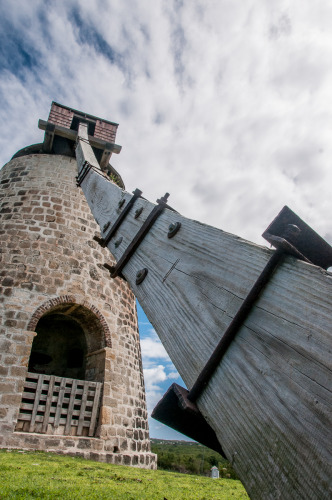 Up next on the circumnavigation tour was a geographical wonder, Devil’s Bridge. This was an impressive site where the Atlantic ocean has carved out an bridge along the shoreline. From time to time the waves would hit just right and soak the area and anyone standing nearby. 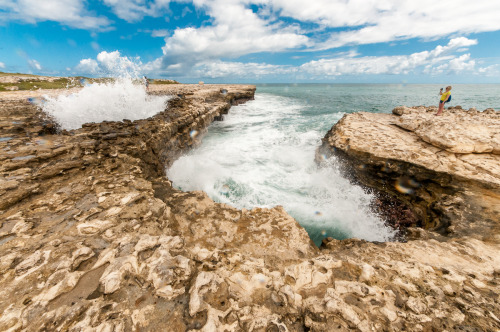 One of the neatest locations on the tour was Nelson’s Dockyard. The dockyard is part of the National Park system in Antigua and is still used today for ship repair and refurbishment. 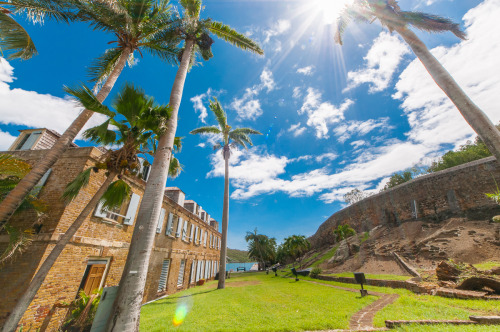 We drove through a rainforest and saw where you could zip line through it, and a pineapple plantation, where our guide surprised us with fresh avocado, pineapple, and the sweetest mango we have ever tasted. The beach was our final stop and was a highlight for Isabelle and the other kids in our group. 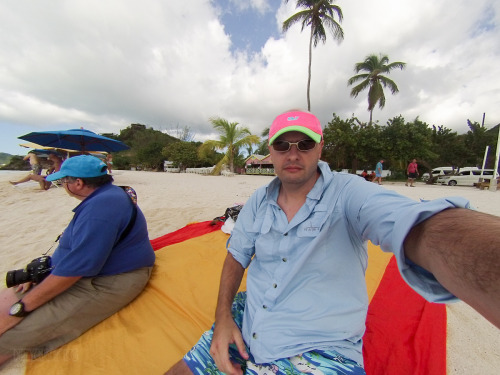 Captain’s Gala dinner was in Carioca’s followed by a trip up to White Caps to get a commemorative Southern Caribbean post card singed by Captain John. 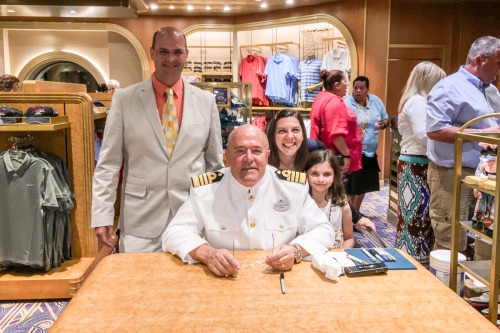 Thankfully, while we were upstairs, our table mates saved us a couple seats in Fathoms for the Magic Dave Show. Dave’s show was very entertaining and Isabelle was one of the guest participants. 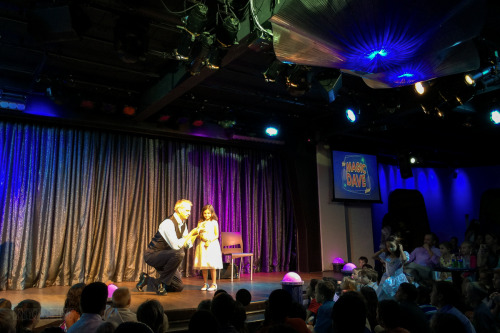 I needed to right a wrong. I missed out on Walt Disney The Dream Goes On last year. I heard it was a great show and so I had to go see for myself. I thought the show provided young and old audiences alike a brief history of the company. Hands down, the best scene was the Hercules ‘Go the Distance’ number with an amazing performance of the song by three of the main stage performers accompanied by an interpretive dancer. While that was the best scene, the best part of the show was the appearance of Steamboat Willie! That’s right, Steamboat Willie appeared near the beginning of the show. I really wish Steamboat Willie was a meet and greet character exclusive to the Disney Magic. I would happily wait in an Anna & Elsa like line to meet Steamboat Willie. 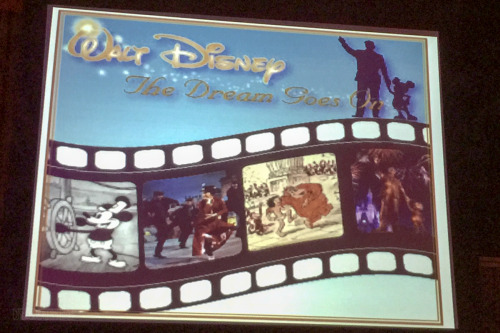 The Nightmare Before Christmas Sing & Scream was scheduled for 10:30 PM but I could not muster the energy to stay up another hour let alone for the duration of the unique movie experience. This port intensive itinerary is making for early nights.