Frozen, A Musical Spectacular debuted exclusively aboard the Disney Wonder in the 977-seat Walt Disney Theatre. In October 2019, the production was added to the Disney Fantasy replacing Disney Wishes. To adapt this blockbuster animated feature into a quintessential stage production, Walt Disney Imagineering Creative Executive Kevin Eld pulled together a team of unrivaled creative talent with Broadway credits and theatrical accolades. 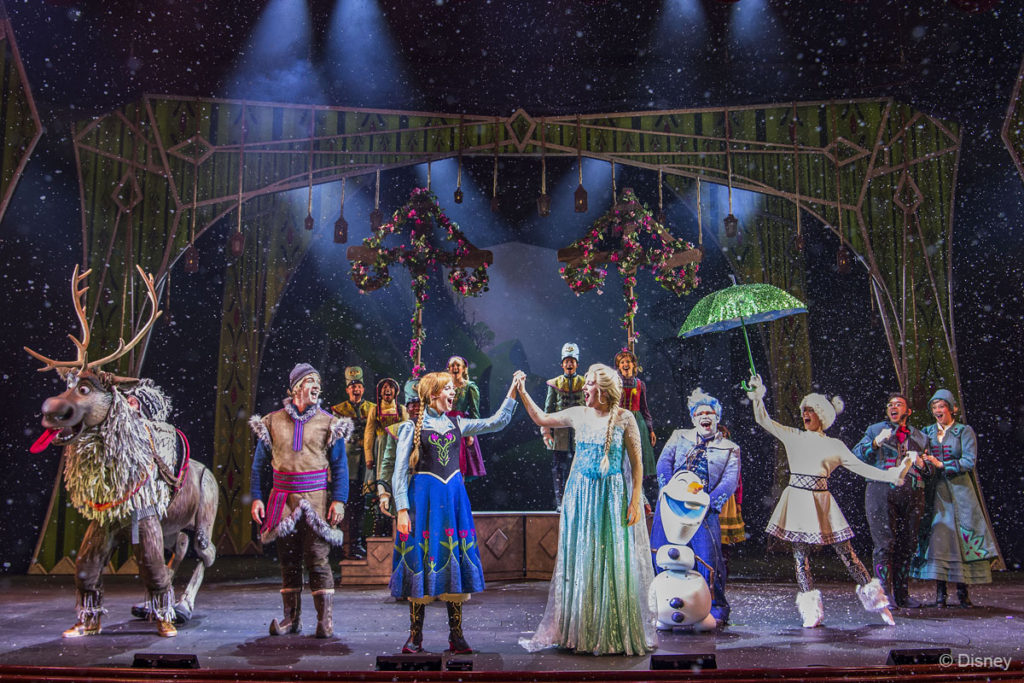 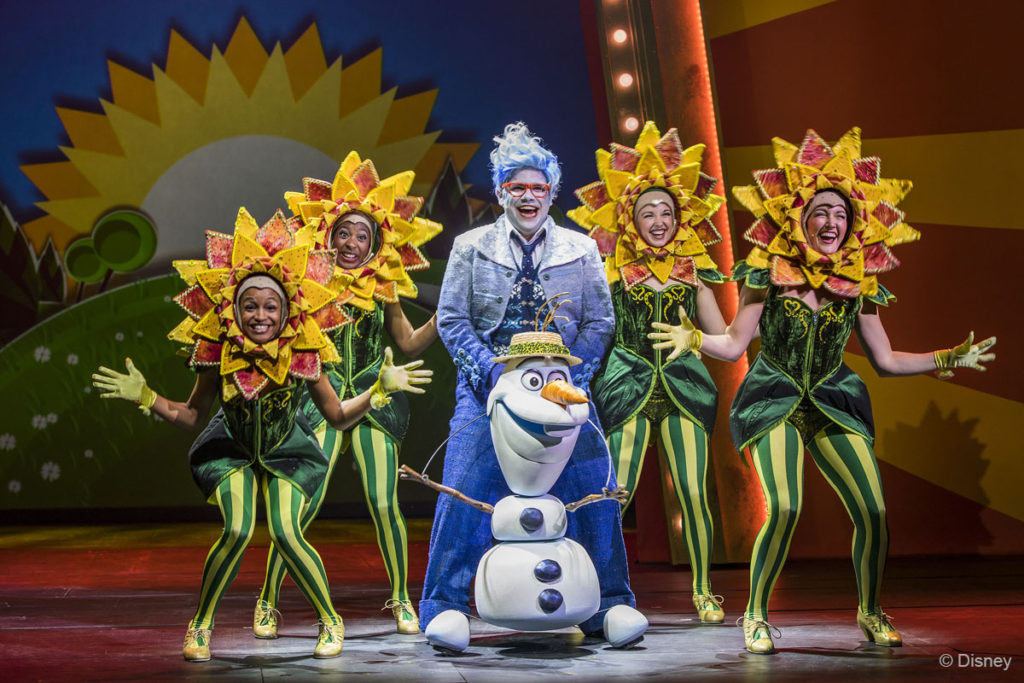 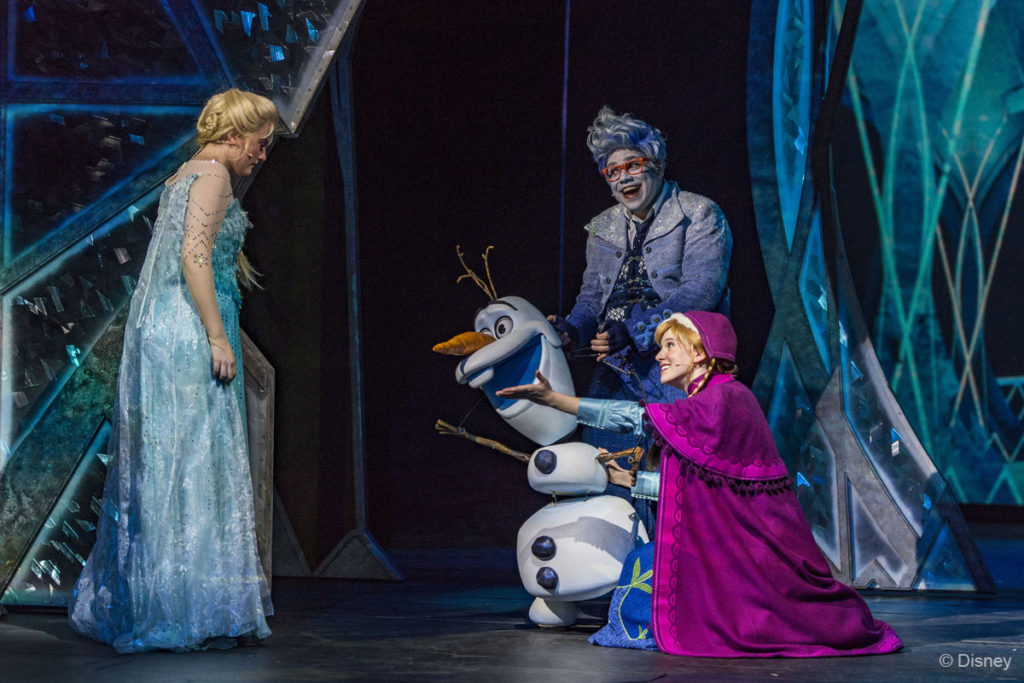 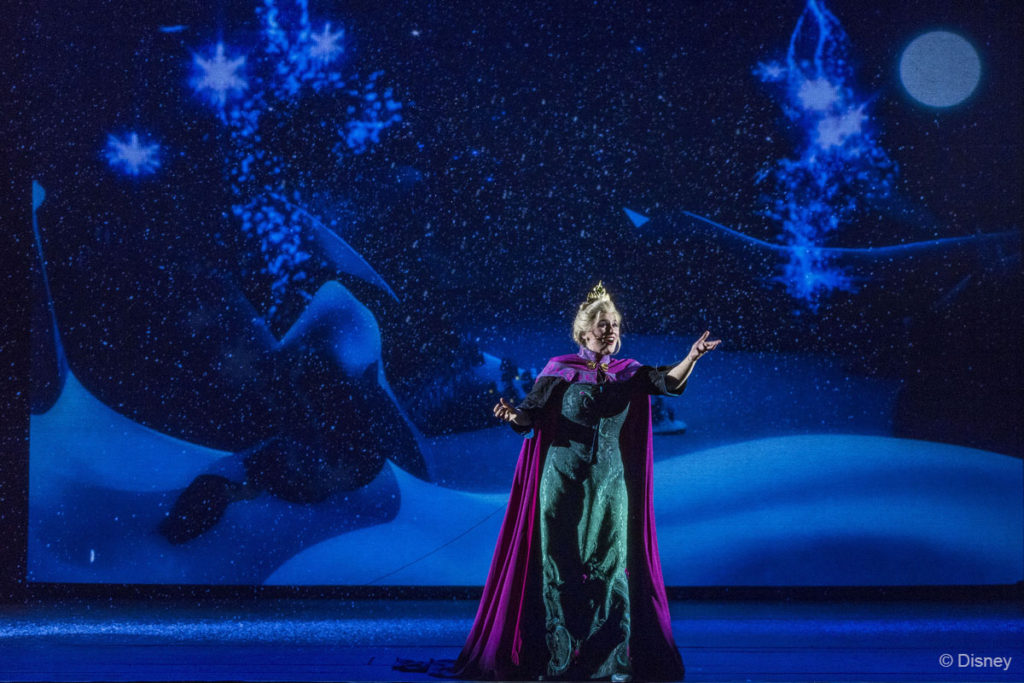 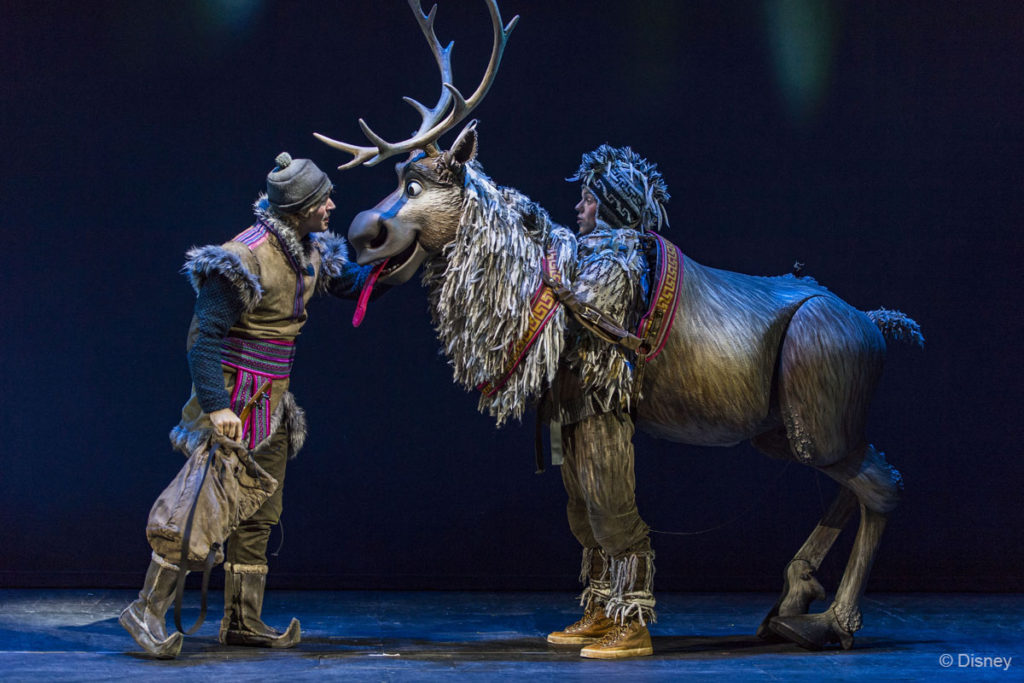 The production features the popular music and lyrics by the creators of the “Frozen” film score, Kristen Anderson-Lopez (“In Transit,” “Up Here”) and Robert Lopez (“Avenue Q,” “The Book of Mormon,” “Up Here”), and is adapted from the screenplay by four-time Tony Award nominee Chad Beguelin (“Gotta Dance,” “Aladdin,” “The Wedding Singer,” “Elf”).

The debut of Frozen, A Musical Spectacular will occurred during the November 10, 2016 4-Night Western Caribbean Cruise departing from Galveston, Texas. 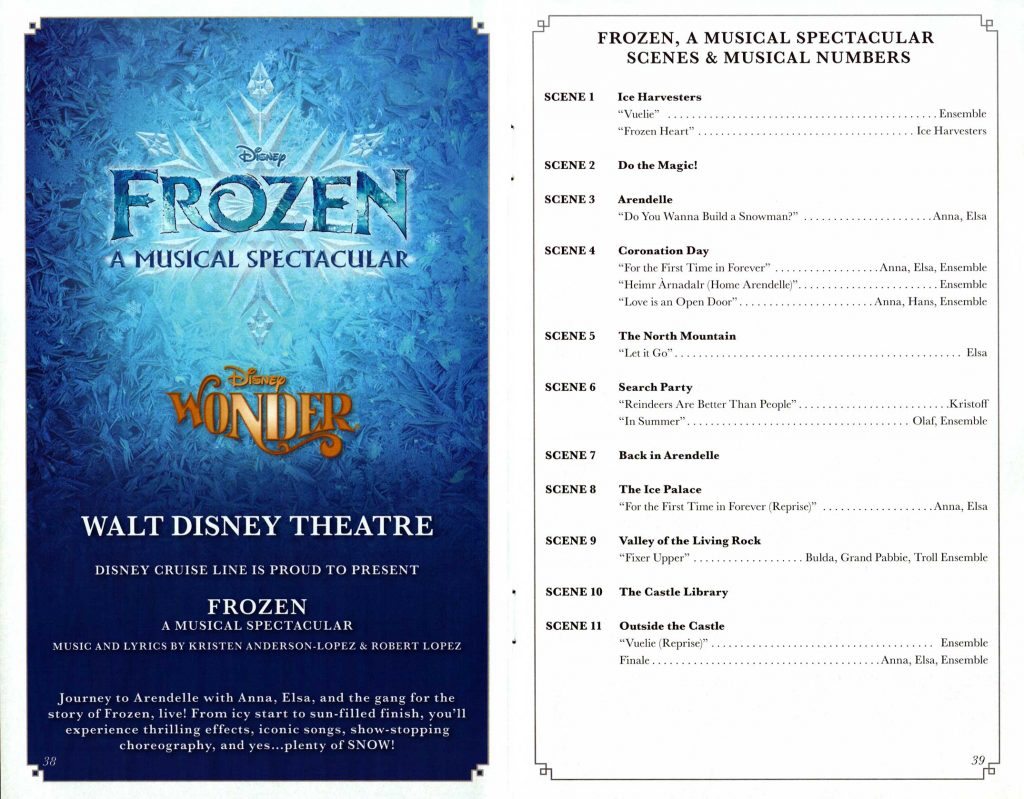 SCENE 7 | Back in Arendelle

SCENE 9 | Valley of the Living Rock

SCENE 11 | Outside the Castle

Below is a preview of the Frozen, A Musical Spectacular and a full video from the sister production at Disney’s California Adventure.