Tangled: The Musical is presented exclusively aboard the Disney Magic, it’s the first-ever stage adaptation of the beloved animated film, Tangled. Combining a heartfelt story, an enchanting score and lavish production numbers, the new musical showcases the thrilling adventure of Rapunzel and Flynn Rider as they face ruffians, thugs and a budding romance on an exhilarating journey of self-discovery. The production runs for 60 minutes.

Follow Rapunzel and Flynn Rider in a musical adventure that will take then from a lonely tower, into the raucous Snuggly Duckling Pub to the distant Kingdom, where they both, finally, find home.

“Tangled: The Musical” was produced by Walt Disney Imagineering Creative Entertainment, which has received acclaim for its productions around the world, including “Finding Nemo – The Musical” (Walt Disney World Resort in Florida), “Twice Charmed: An Original Twist on the Cinderella Story” (Disney Cruise Line) and “The Golden Mickeys” (Hong Kong Disneyland and Disney Cruise Line). 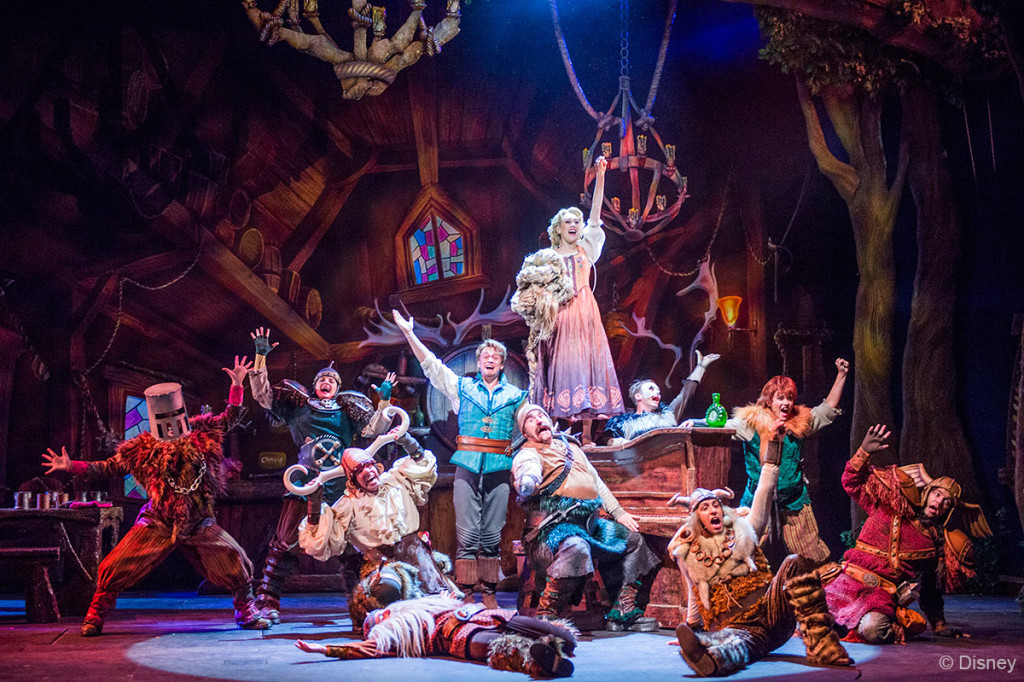 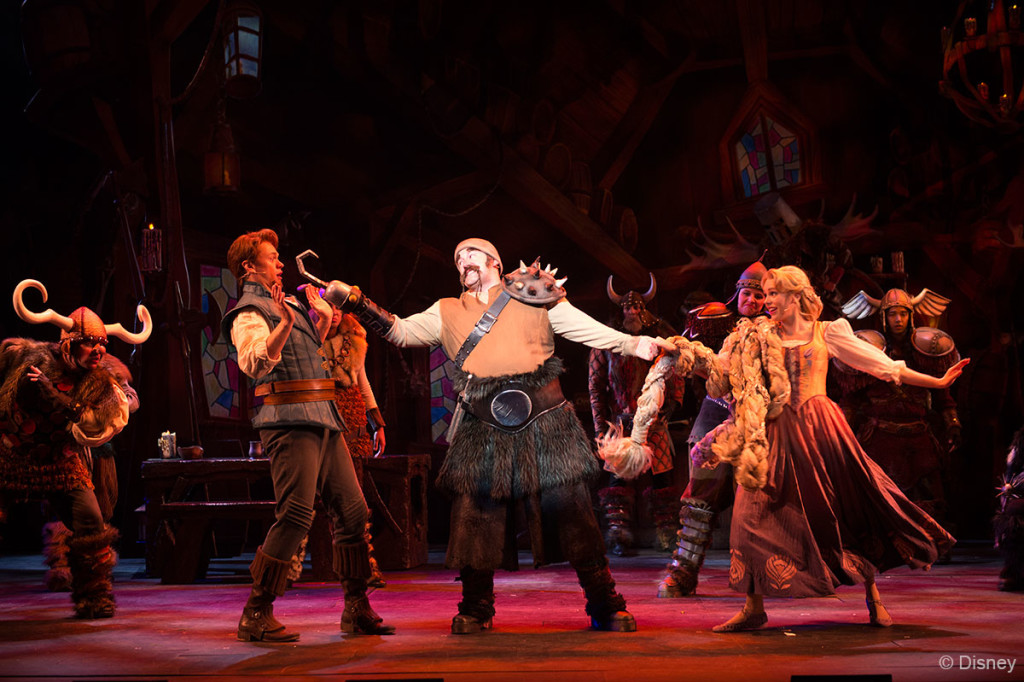 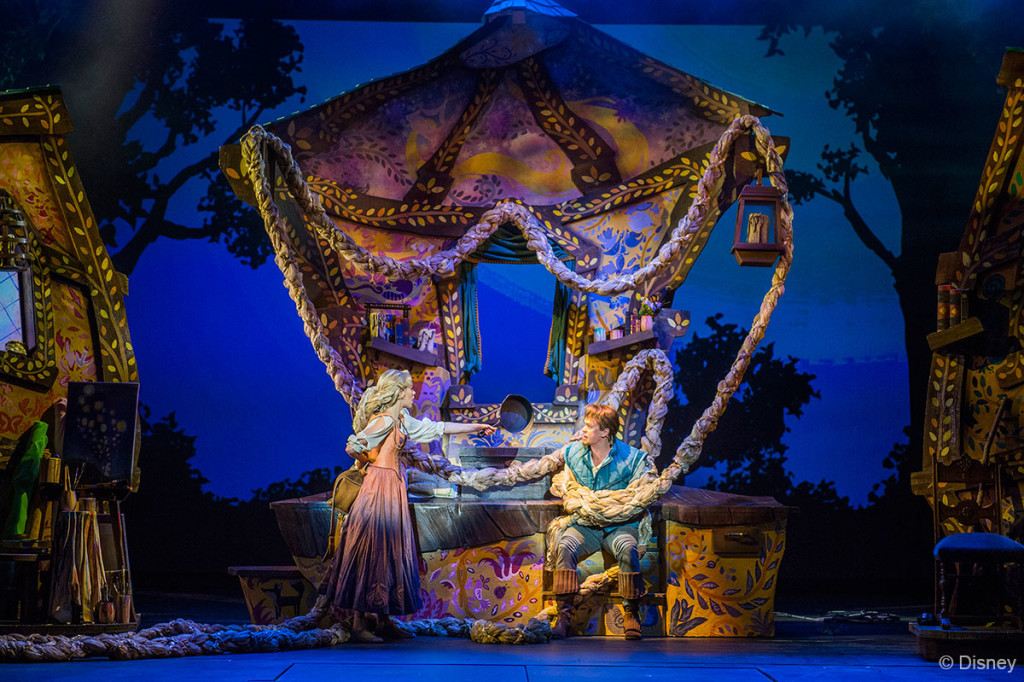 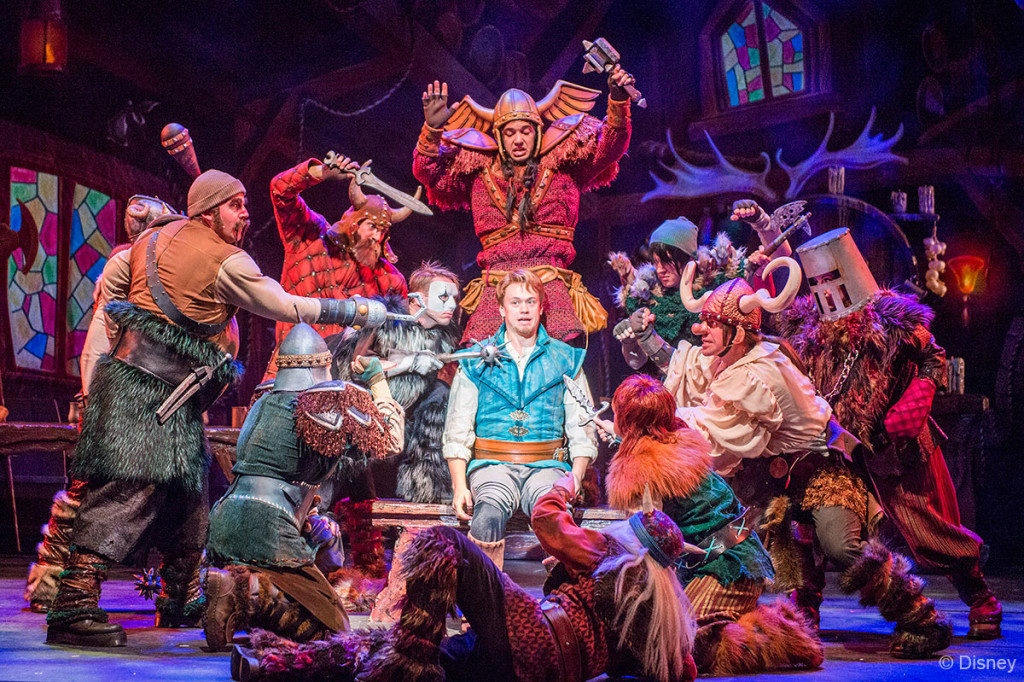 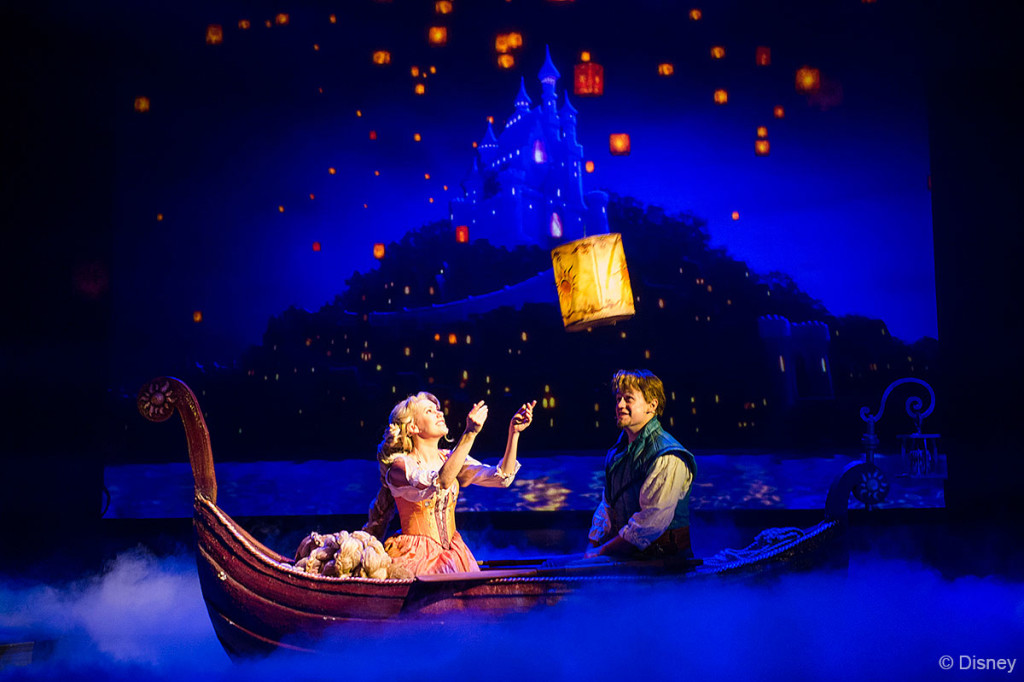 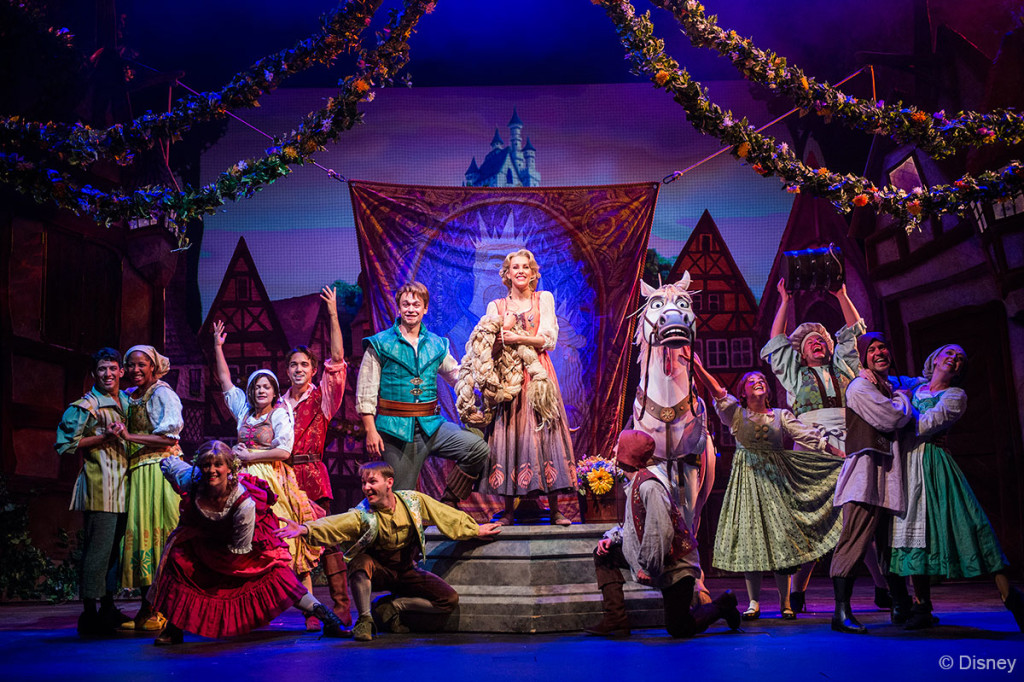 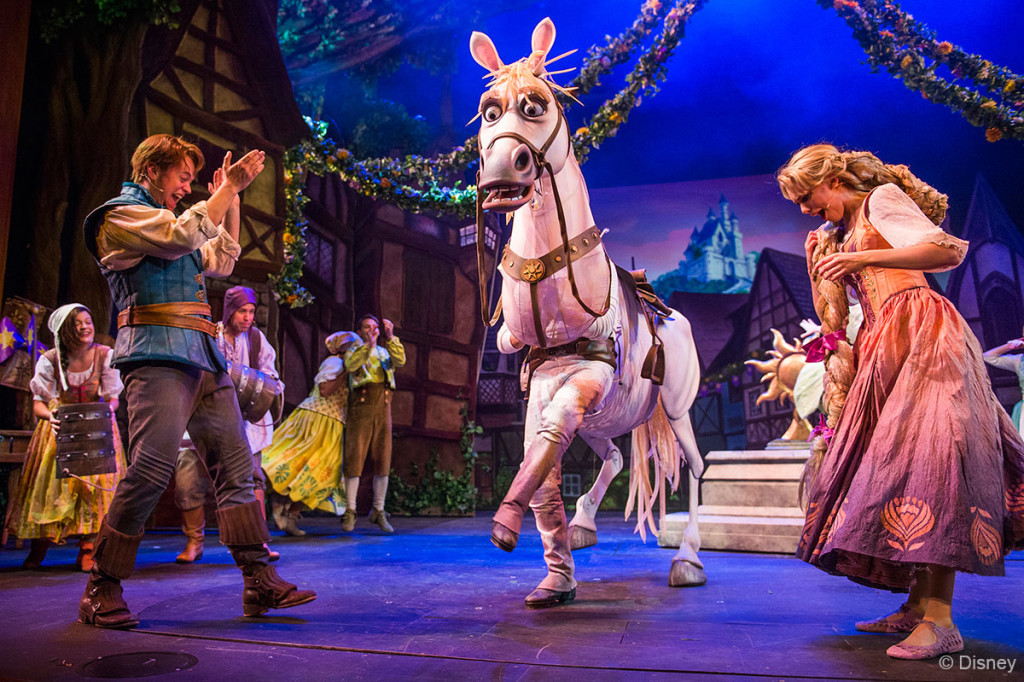 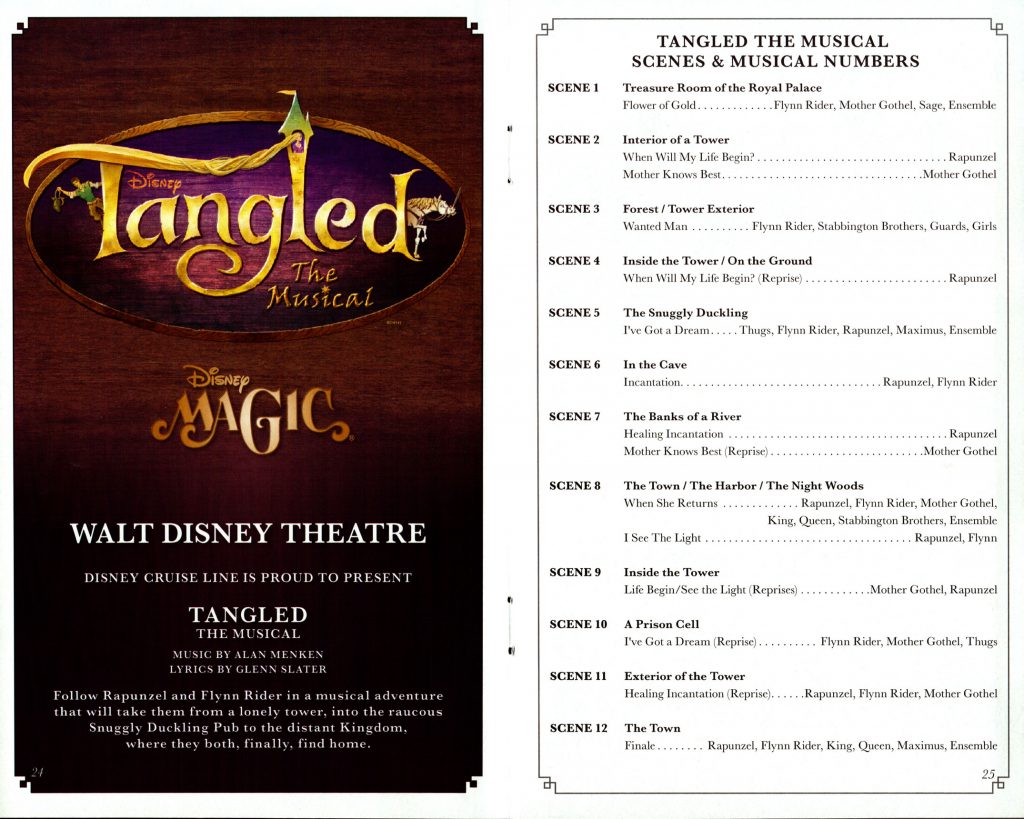 SCENE 2 | Interior of a Tower

SCENE 4 | Inside the Tower / On the Ground

SCENE 7 | The Banks of a River

SCENE 9 | Inside the Tower

SCENE 11 | Exterior of the Tower

Below is a video recording of the Tangled: The Musical as presented on the stateroom TV.