Personal Navigators, and other handouts from the Very MerryTime 4-Night Bahamian Thanksgiving Cruise from Port Canaveral. The Disney Dream set sail from Port Canaveral on November 20, 2017. There are additional Personal Navigators from other sailings of this same itinerary for comparison. During this cruise, the ship was under the control of Captain Henry Andersson. The Cruise Director during the sailng was Carly Scott. 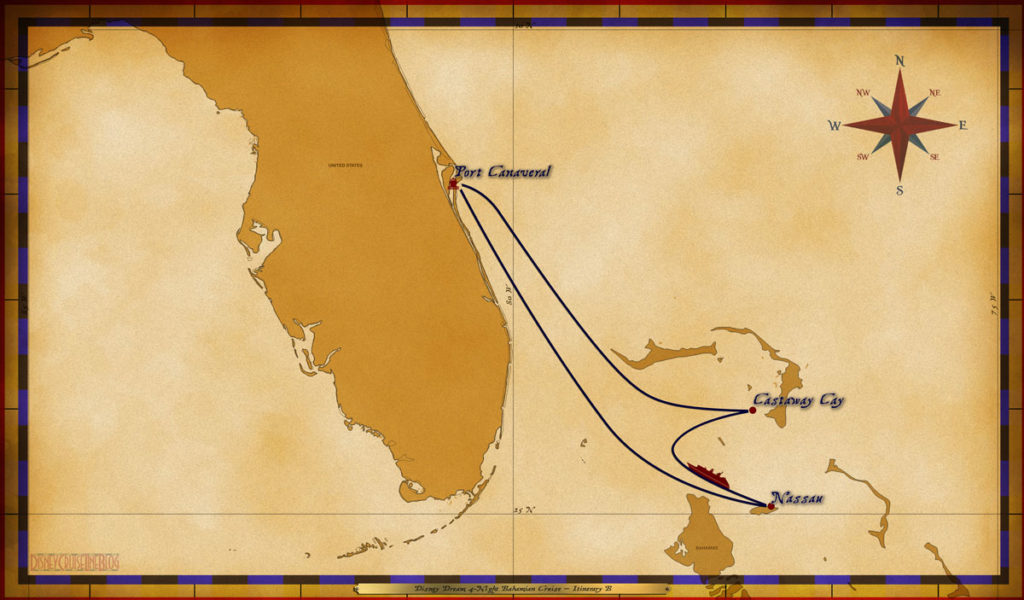 Thank you Natalie Lontchar for sharing the navigators and Dustin Burton for passing along the Thanksgiving Dinner Menu from family members on this sailing as well as the following pictures and video.

While the #DisneyDream was “at sea” Wednesday – they were really just sitting a few miles out from Castaway Cay watching the #DisneyMagic spend the day there. @TheDCLBlog pic.twitter.com/VZ9EMMfwes

If you have any navigators you would be willing to share, please send me an email. If you would rather upload the files you can use our upload form.