Celebrate the musical heritage of Walt Disney in this toe-tapping tribute to the Disney Studio’s classic films – with sensatinal stage performaces of som of the most beloved Disney songs.

As you walk towards the Walt Disney Theatre you will find a red carpet that leads into the theater along the way someone in your entourage just might be caught on camera. Keep an eye out for our shipside celebrity columnist Rona Rivers, who will be providing on-air commentary—live from the red carpet! 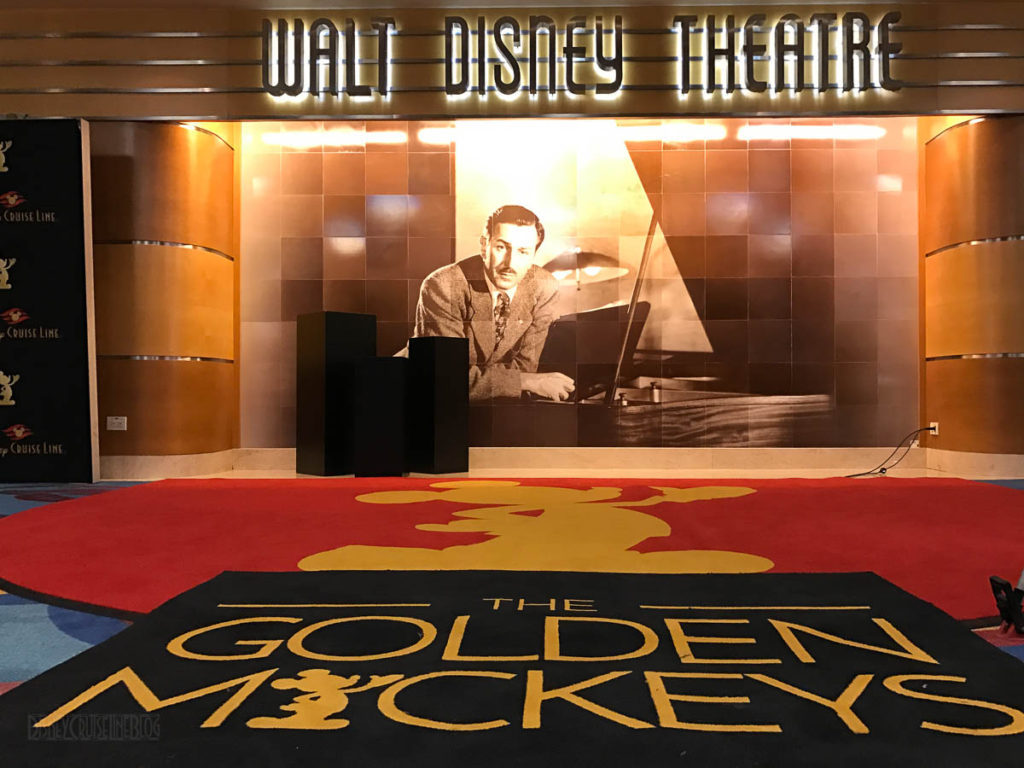 This award show extravaganza unfolds with dazzling song-and-dance numbers that pay homage to the magic and stories of Disney. And then—just like in the movies—see a once unsure stage manager transform into a confident host, realizing that anything is possible and dreams really do come true.

During a night filled with discovery and surprises, find out which Disney movie Character wins “Most Heroic” or “Most Romantic,” and tap along to familiar tunes from some of your favorite Disney films 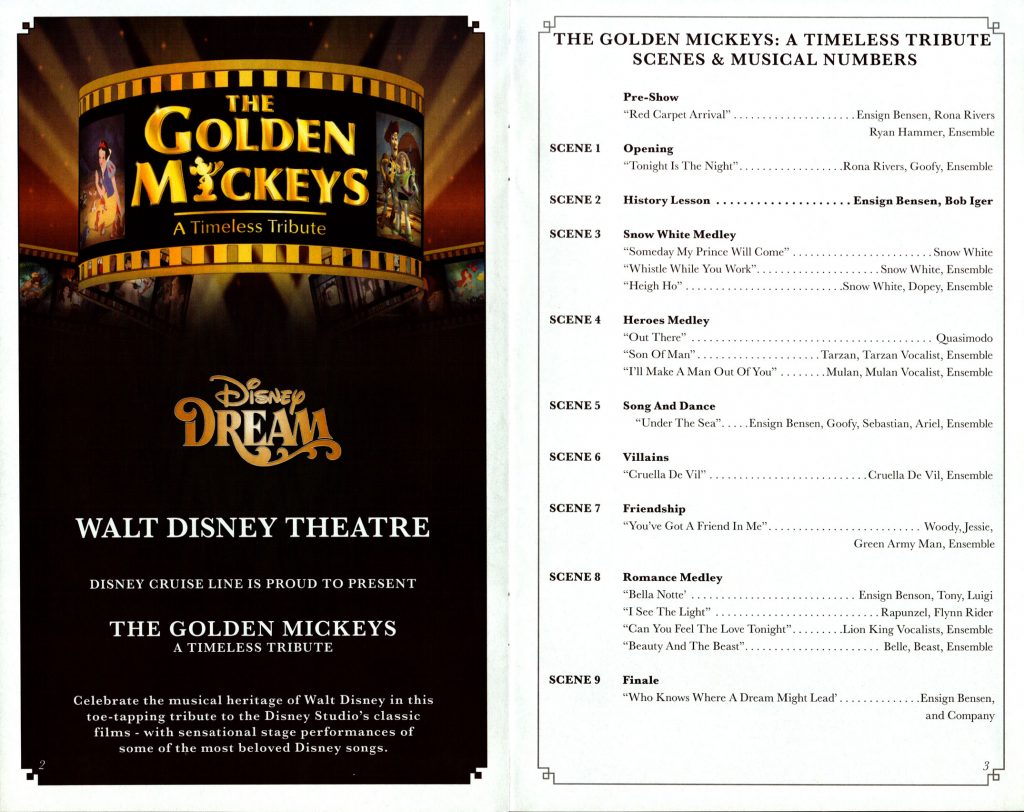 Below is a fan recording of the show from the Disney Wonder.