Personal Navigators, and other handouts from the 7-Night Eastern Caribbean Cruise – 2017 DVC Member Cruise. The Disney Fantasy set sail from Port Canaveral on August 26, 2017. During this cruise, the ship was under the control of Commodore Tom Foreberg. The Cruise Director during the sailng was Natalie Bailey. 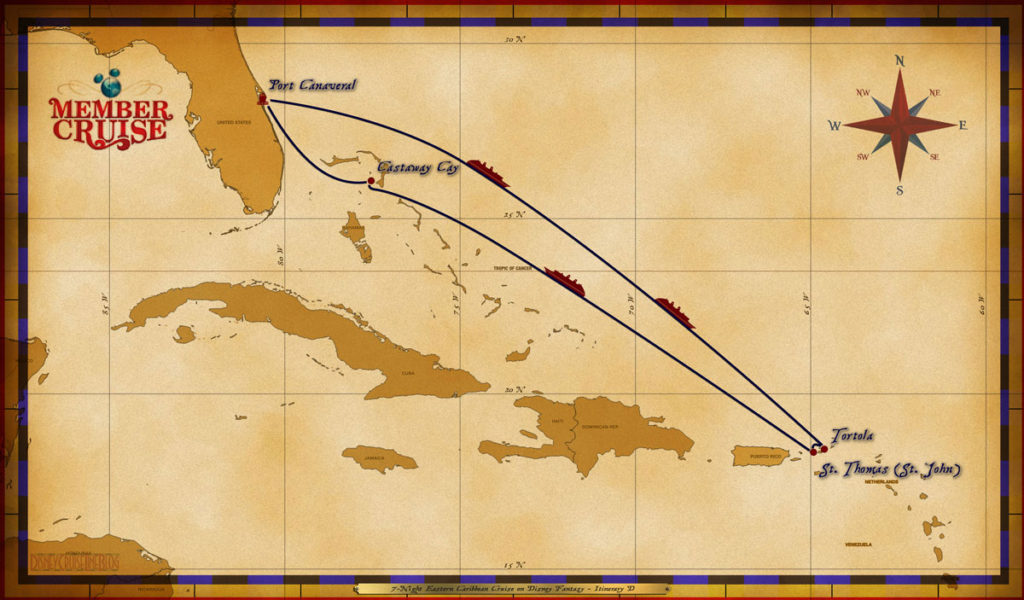 Thank you Alan Cohen for sharing.
If you have any navigators you would be willing to share, please send me an email. If you would rather upload the files you can use our upload form.