On Friday, the Disney Wonder completed her Eastbound Panama canal sailing when she docked at Port Canaveral’s Cruise Terminal 6. The Disney Dream was berthed at the DCL terminal requiring the Wonder to use the adjacent terminal for disembarkation. 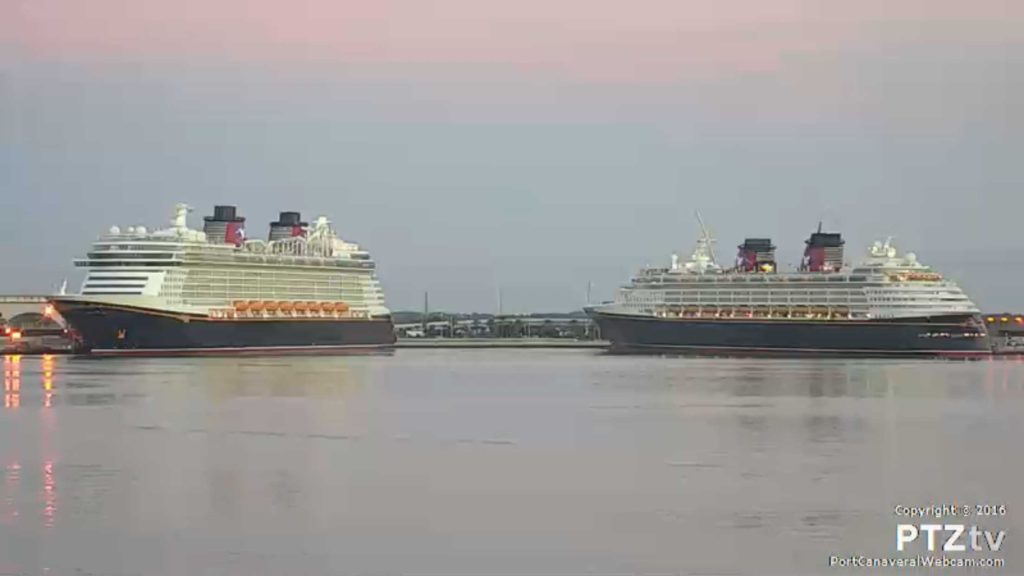 As passengers disembarked deck preparations were underway with crew members covering the pool deck with plywood and removing the nets from the sports deck. 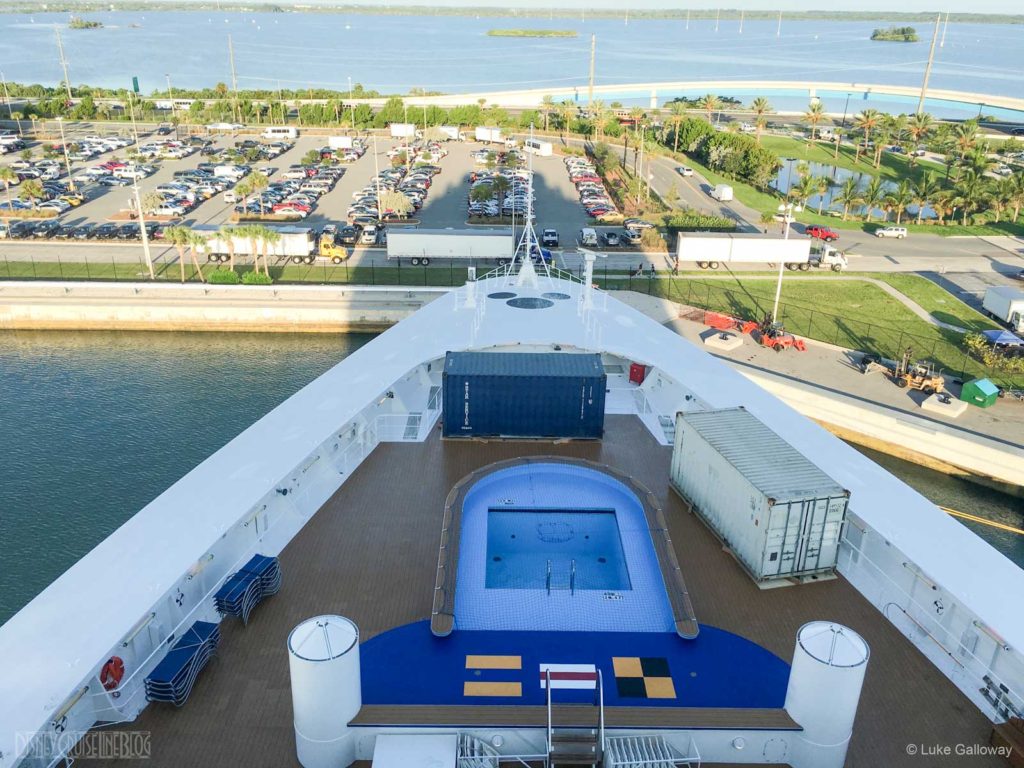 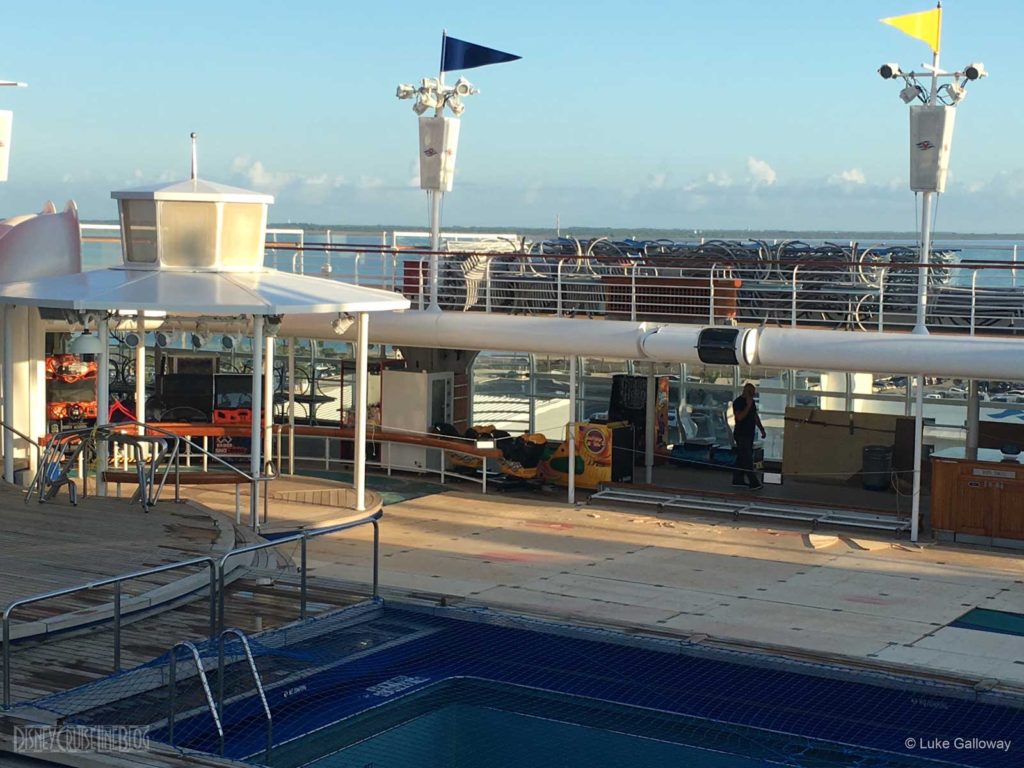 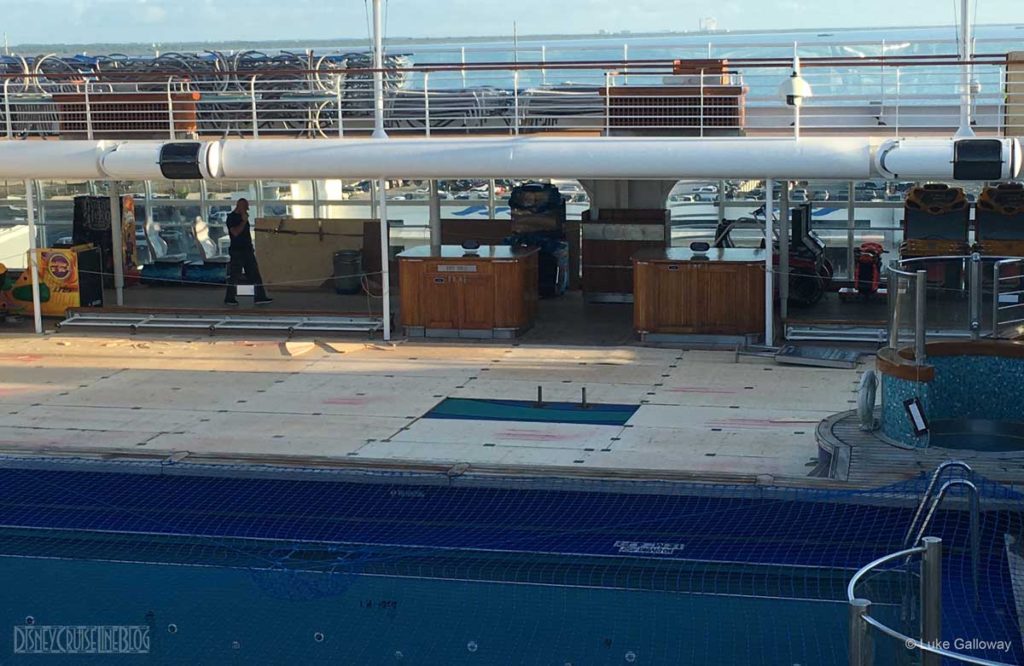 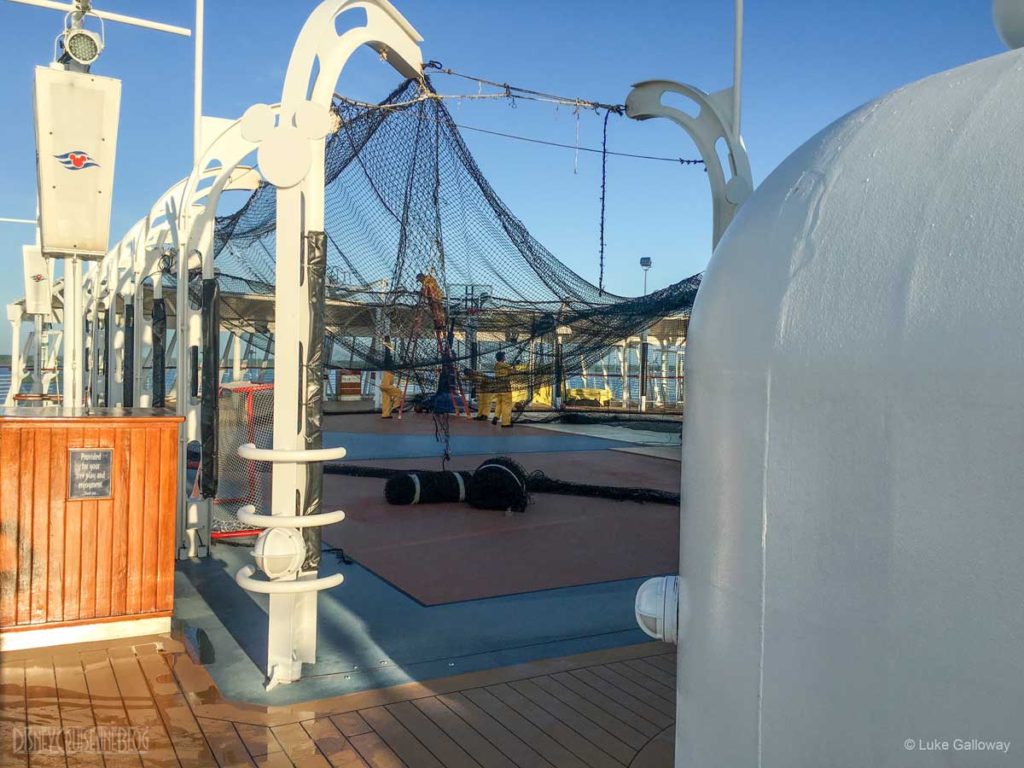 In addition to sharing the photos, Luke Galloway, shared some additional information learned during the EBPC voyage. This was the Disney Wonder’s final transit through the old Panama Canal locks as she will indeed be getting a duck tail during dry dock like the Disney Magic. 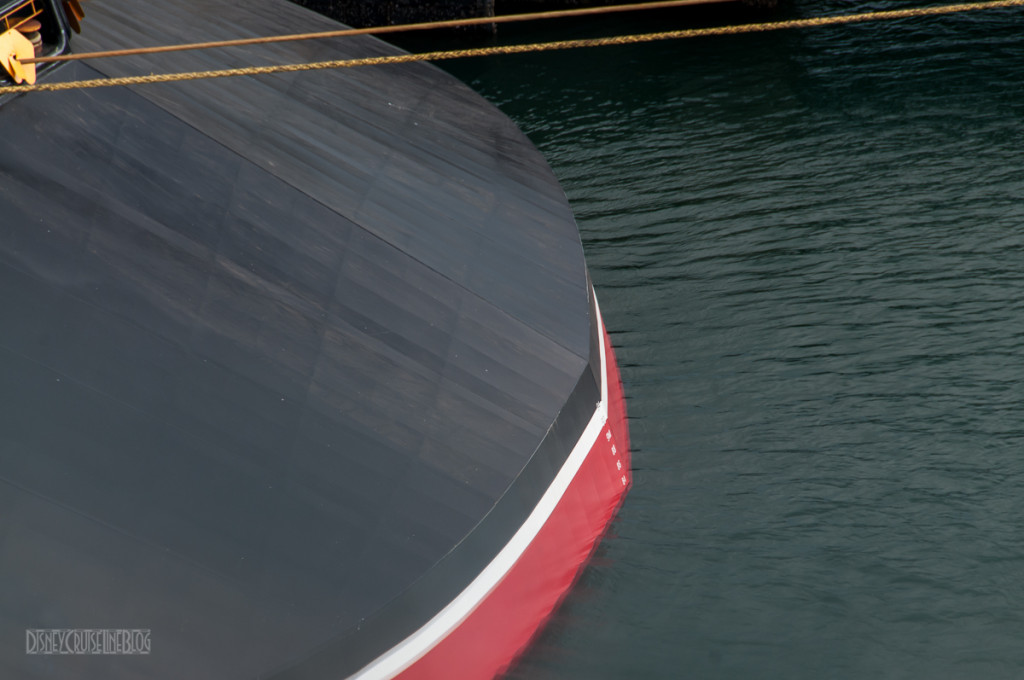 The final ‘Til We Meet Again show featuring twin staircase was held on September 8th. Similar to the Disney Magic, the chandelier all be changed and the starboard staircase will be removed. The landing outside Triton’s will be larger than that on the Magic to provide more elevated stage space. 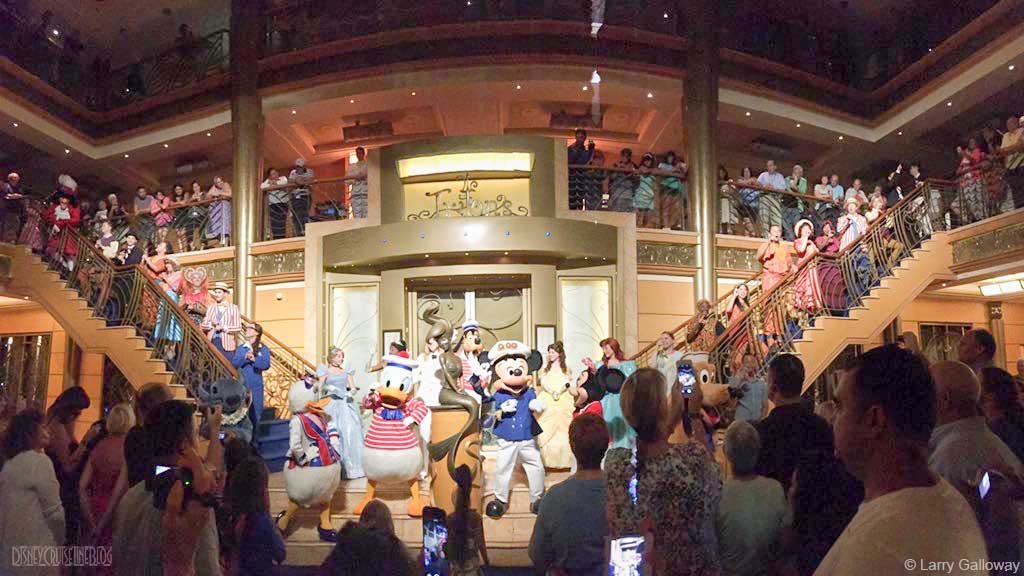 The Disney Wonder spent the night in Port Canaveral and relocated to the Container Marine Terminal (NCB5) where cargo containers were loaded on to the open decks. 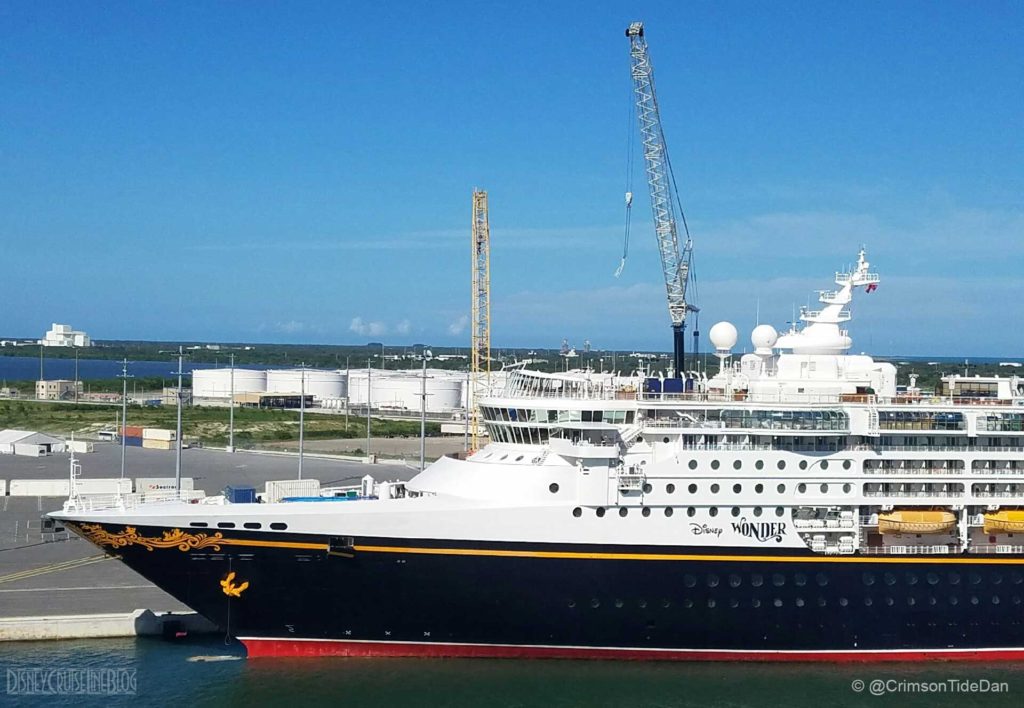 In the following picture you will see the Of Course I Still Love You, the autonomous spaceport drone ship used by SpaceX. 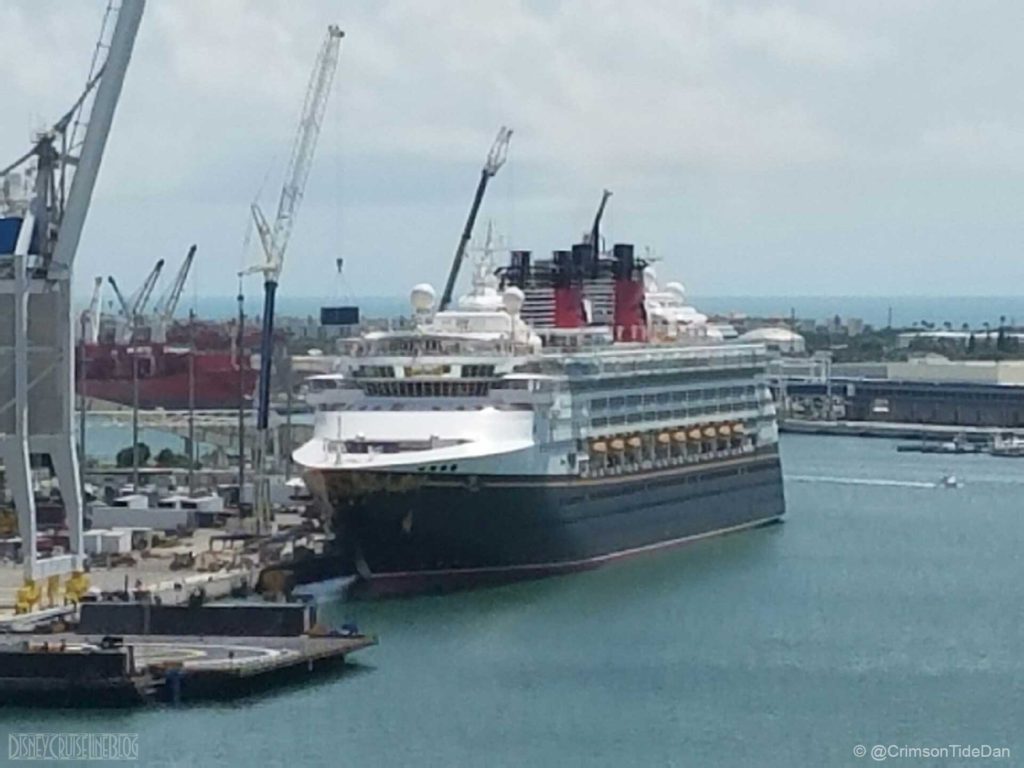 In the early afternoon, refueling operations were underway. 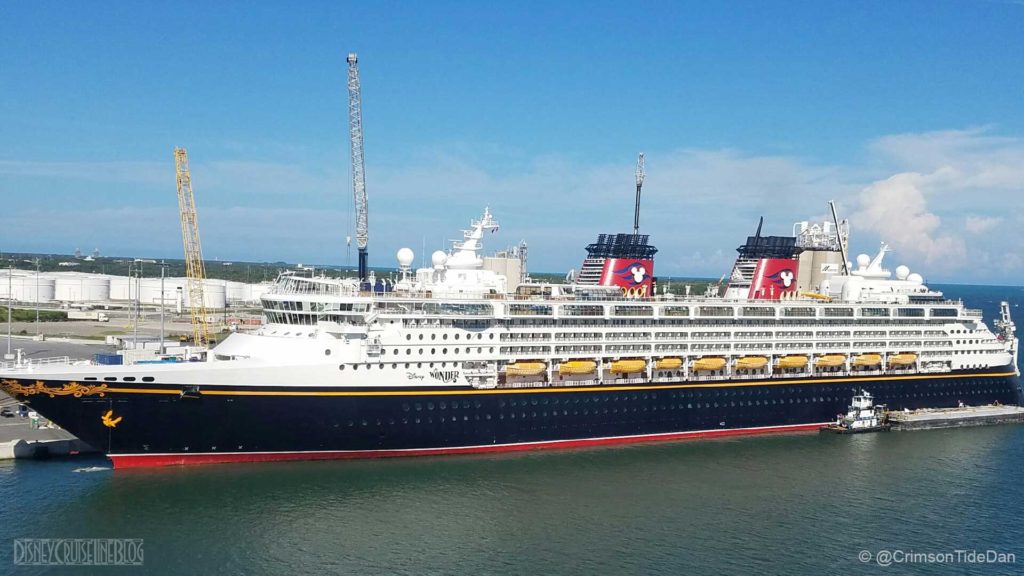 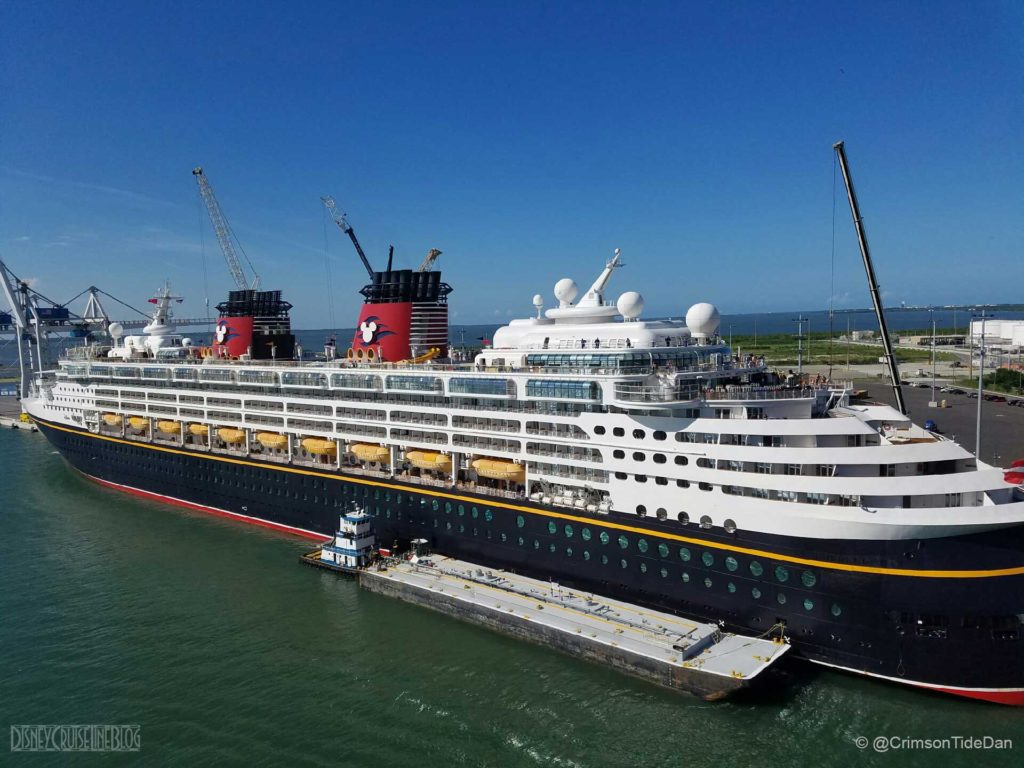 Special thanks to @CrimsonTideDan for his live reports from the Carnival Magic. 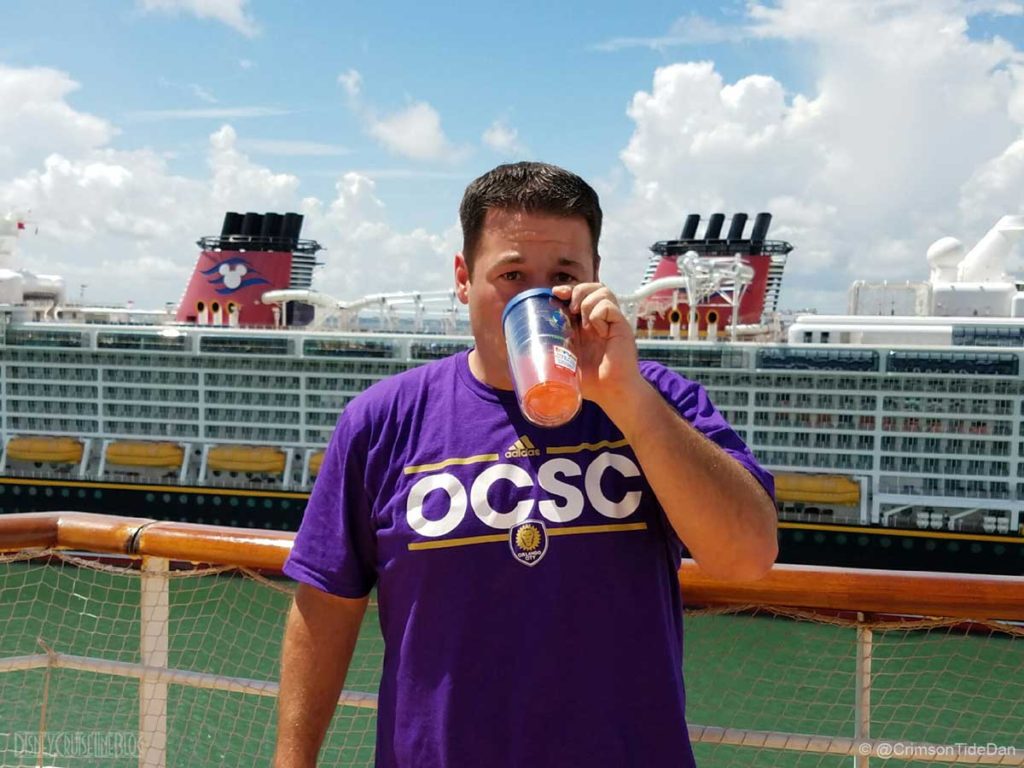 As the Disney Fantasy departed on Saturday for an Eastern Caribbean cruise, the ships had a bit of fun.

Just after 5:30 PM the Disney Wonder dropped lines and set a course for Cadiz, Spain. 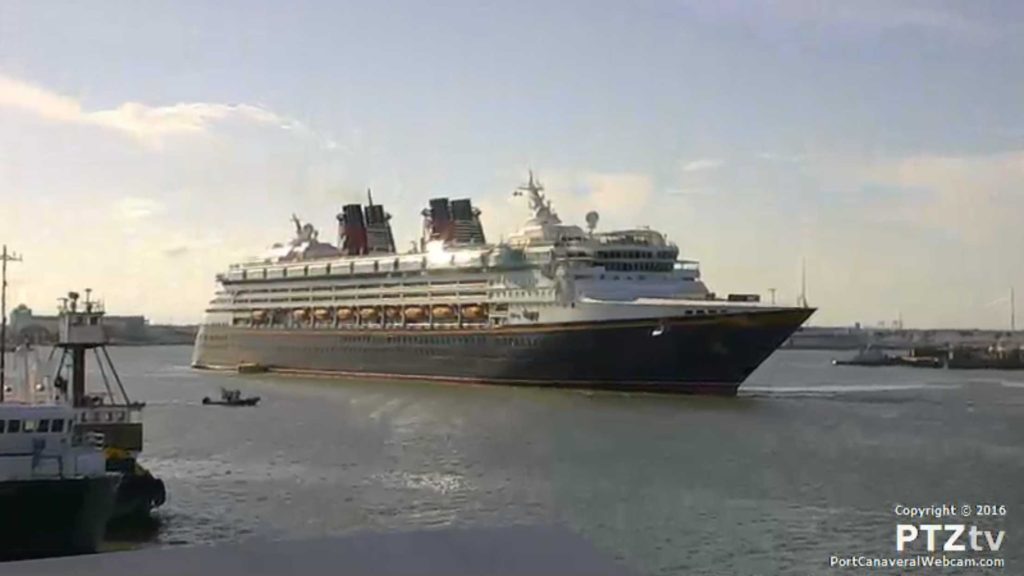 The reported arrival time in Cadiz, Spain is September 19th.

The Disney Wonder is scheduled to return to service on November 10, 2016 with a 4-Night Western Caribbean Cruise departing from Galveston, Texas. For more on the Disney Wonder dry dock enhancements check out the original announcement post and the additional details derived from the revised deck plan.