Disney’s Aladdin – A Musical Spectacular is a live stage show, performed in the 1,340-seat Walt Disney Theatre aboard the Disney Fantasy. The production features the cast from the classic animated Disney film, Aladdin, in a fast-paced musical comedy. Aladdin, the street rat oaf Agrabah, meets a wise-cracking Genie, battles the evil Jafar, and falls in love with the beautiful and spirited Princess Jasmine.

Magic lamps, wise-cracking genies, princesses, evil wizards, a magic flying carpet scene and soaring music are all a part of this stage spectacular. 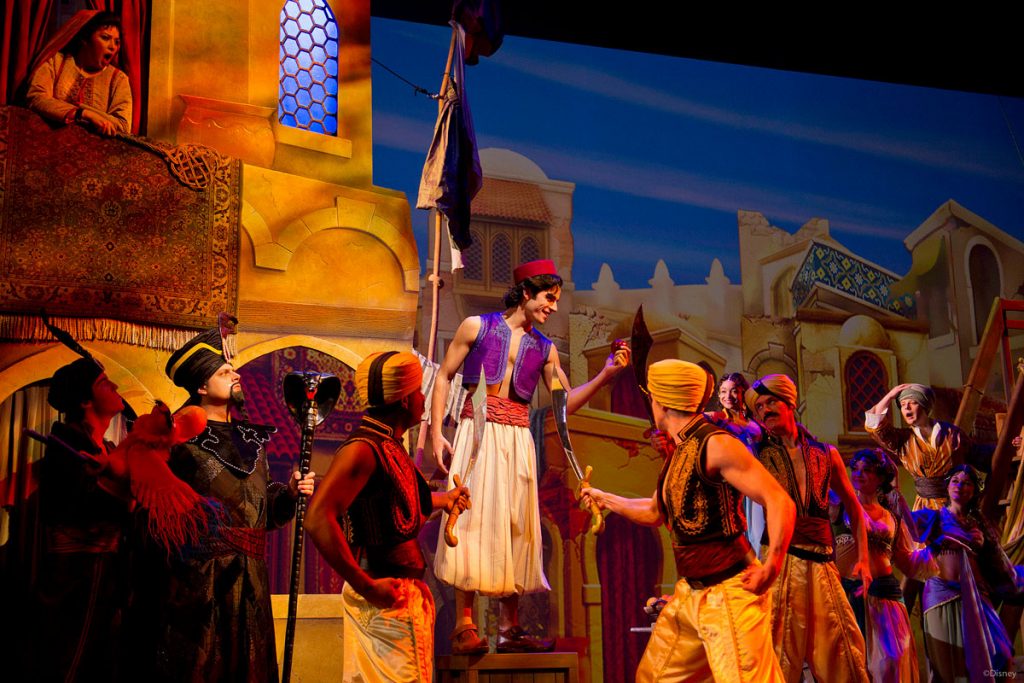 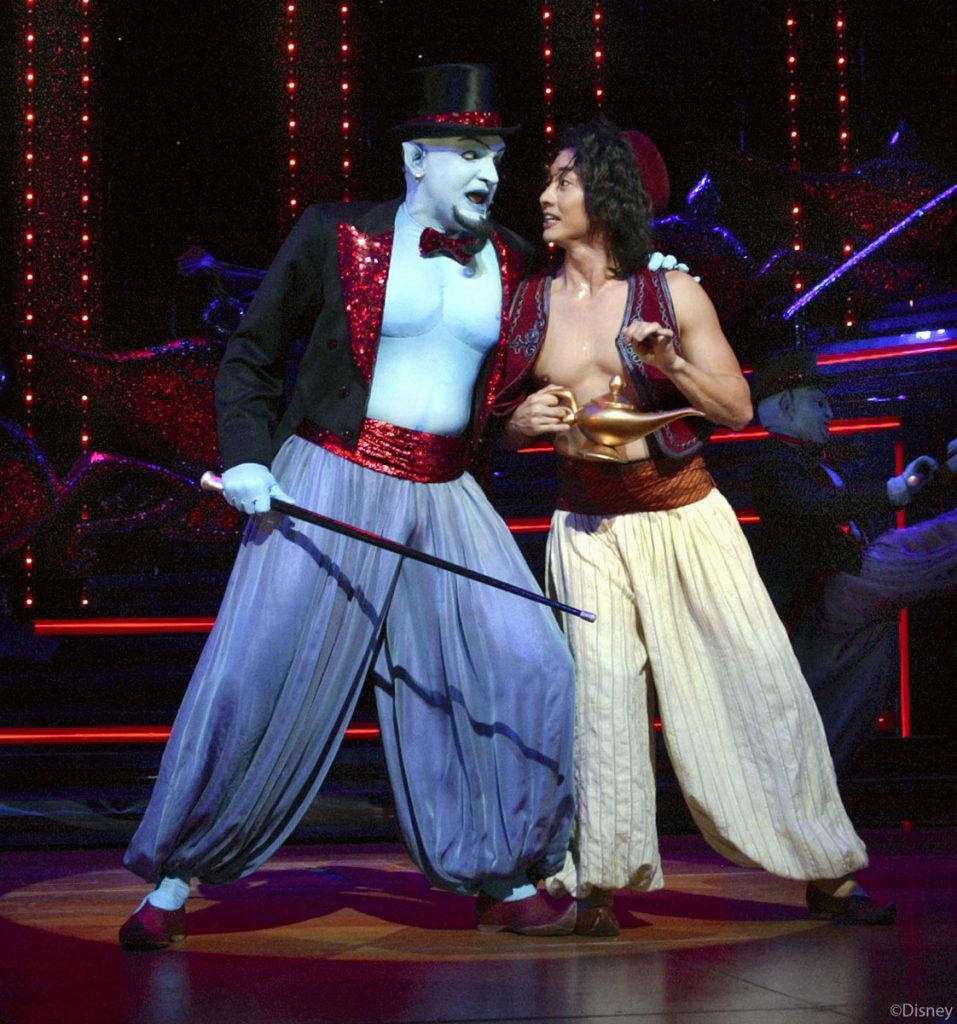 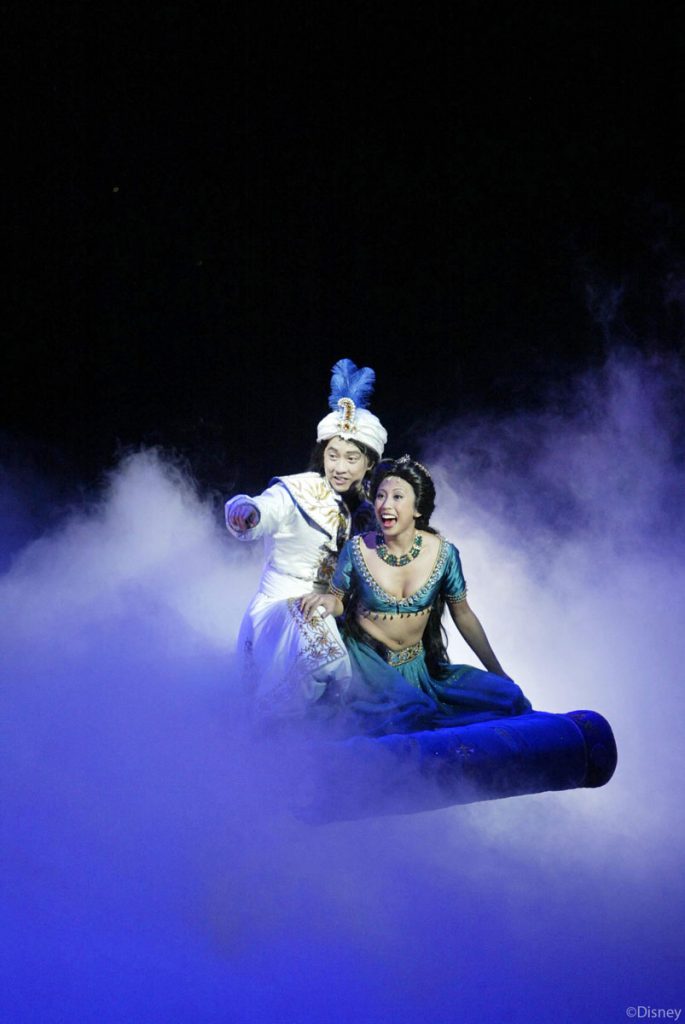 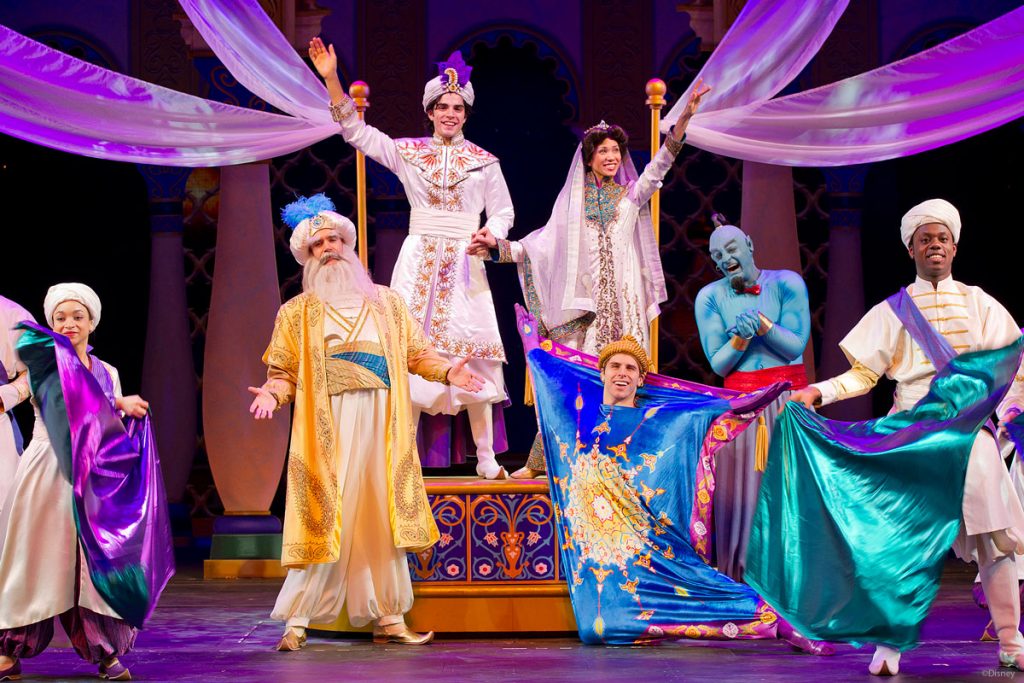 Disney’s Aladdin – A Musical Spectacular premiered with the launch of the Disney Fantasy’s in March 2012 and remains a ship exclusive to this day.

In May 2019, the show was re-imagined and relaunched alongside the debut of the new live action version of Aladdin. The updated show with some of the new movie dialogue along with some costume changes/set changes. The show was dark for a couple months leading up to the relaunch. 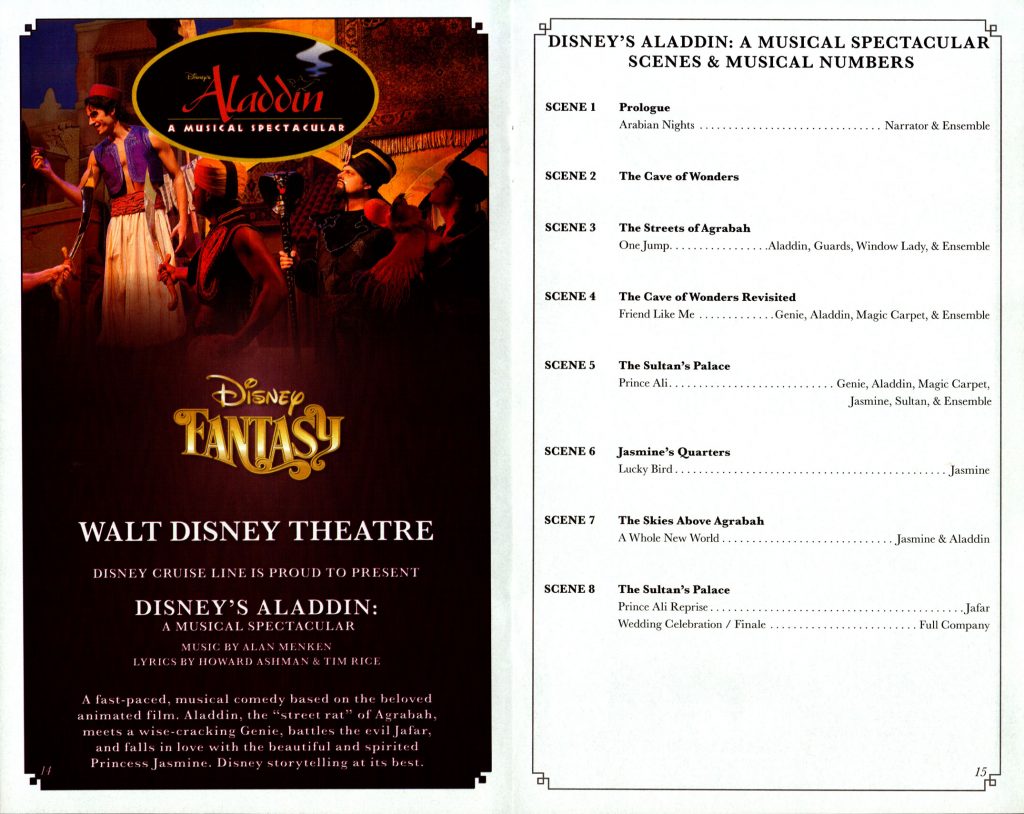 SCENE 2 | The Cave of Wonders

SCENE 3 | The Streets of Agrabah

SCENE 4 | The Race of Wonders Revisited

SCENE 7 | The Skies Above Agrabah

Below is a video recording of the Disney’s Aladdin – A Musical Spectacular as presented on the stateroom TV. 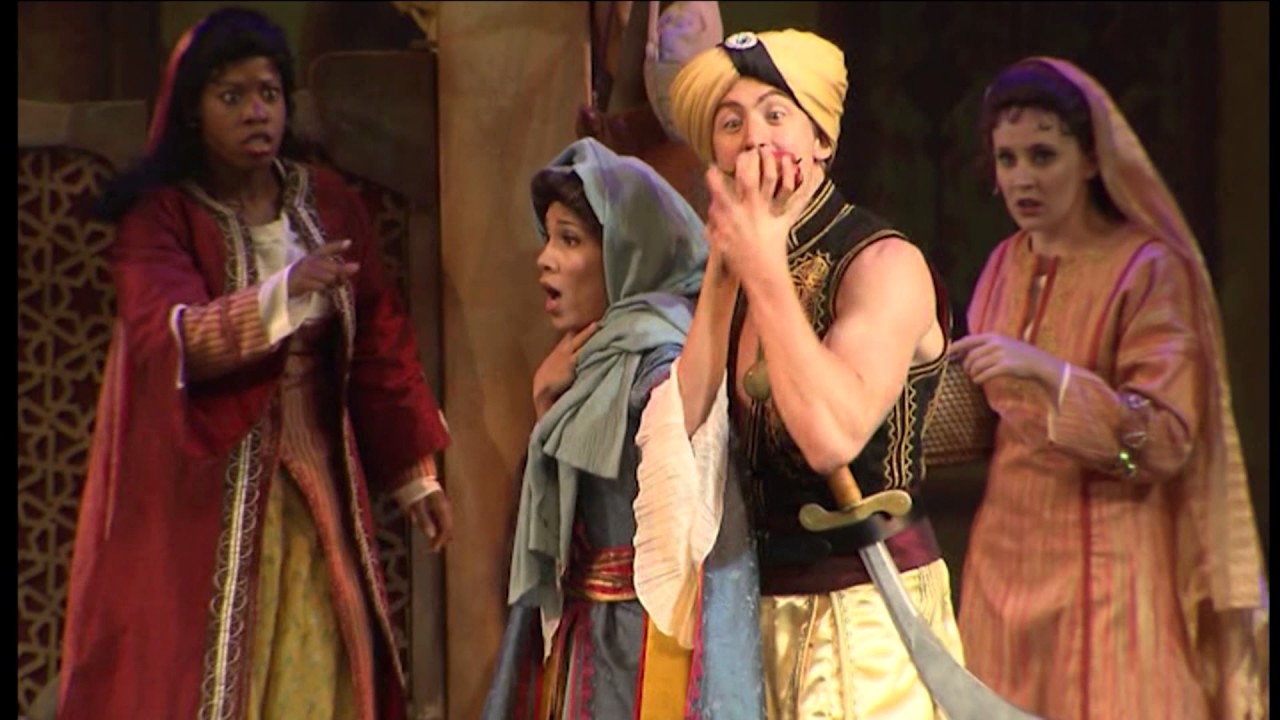