Disney Cruise Line will reveal their next batch of sail dates on Thursday, September 27, 2018 via a #DisneyParksLIVE stream hosted by Mark Daniels. In today’s live stream announcement, Disney teases a new new homeport. The event will begin at 11 AM EST on Thursday.

Below is the link to the live stream.

If recent Miami-Dade County documents are remain accurate, Disney Cruise Line plans to continue the Disney Magic sailings from PortMiami in early 2020 with the Eastbound Transatlantic scheduled for May 11, 2020. I doubt DCL would move the Dream or Fantasy before the new ships arrive, leading me to believe the Disney Wonder will be venturing out to a new homeport in early 2020. As of the last itinerary release, the Wonder is scheduled in Galveston into mid-January. The next new sail date for the Wonder would be January 13, 2020 which could be a repositioning cruise to the new homeport. Although, she could remain in Galveston into March depending on how one interprets the Grand Cayman calendar. 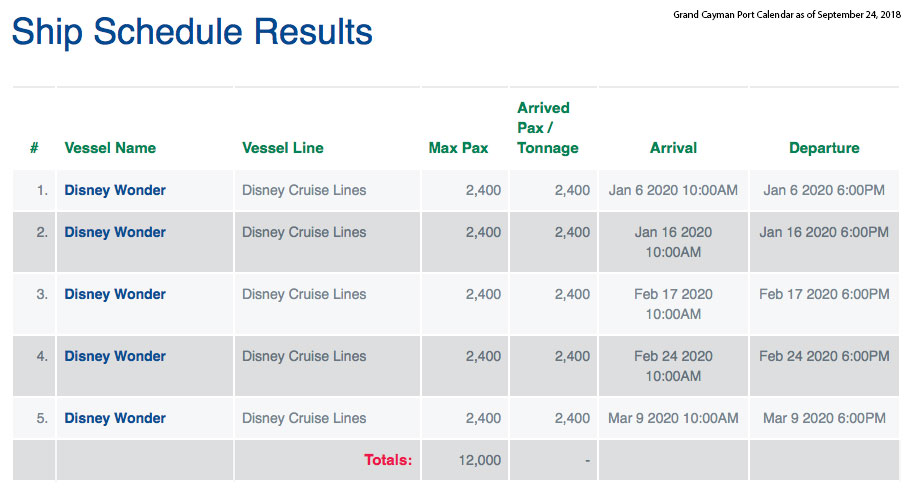 There are a lot of place the Disney Wonder could go and it is everyone’s guess at this point. However, I’d be remiss if I did not bring up an old rumor of New Orleans. Back in 2013, officials from the Port of New Orleans met with executives from Disney Cruise Line in an attempt to sell New Orleans as a new homeport. For further reading while we all speculate on the new homeport, Port of New Orleans’ CEO, Brandy Christian, was instrumental in bringing DCL to San Diego while serving as the as the Vice President of strategy and business development for the Port of San Diego.

What new port of call do you think Disney Cruise Line will be sailing from in 2020?