LaGrange remains realistic about the chances of Disney Cruise Line home porting in New Orleans, stating ” (Disney is) not in the bag – far from it; but at least we’re in the game, and that’s the main thing.”

Something else to consider is that it takes approximately 7 hours to navigate the Mississippi river; that is at least 14 hours per cruise. 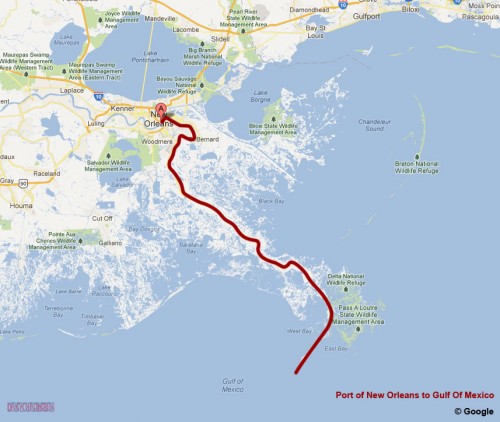 Interestingly enough, the Disney Wonder’s schedule ends in the Fall of 2014 when she is expected to undergo an overhaul. We looked at a possible scenario that had the Wonder sailing a Western Caribbean itinerary beginning November 2014 from Port Canaveral. Keeping with the song.. anything can happen… it is remotely plausible that the Wonder could sail from New Orleans, if the Port’s wish comes true. It worked for Jamaica – why not New Orleans? What do you think? Will the Port of New Orleans get the classic, Disney happily every after ending?

23 Replies to “The Port of New Orleans’ Big Wish: A Home Port for a Disney Cruise Line”