Our latest adventure started out at MCO, where we took advantage of Central Florida’s most coveted Fastpass, TSA Pre Check. It was fantastic and made the time and effort to get Global Entry worth it to avoid the standby line. It was less than 5 minutes to go from dropping off our luggage to boarding the tram. The bummer was the pre-check did not carry over to our international flight at JFK where we were stuck in the regular line, but were given the pre-check stamp allowing us to keep our shoes on through security.

Emily did an amazing job at finding a great deal on flights to Barcelona. It did require some multiple flights, but the savings is so worth the effort and stress of getting to the next gate for a connecting flight. By the way, what is the deal with JFK? The signage is the worst. Paris (CDG) and Barcelona (BCN) have amazing signage in multiple languages making it easy to navigate the terminals. JFK on the other hand was more of an escape room experience. First, we had to attempt to find how to exit terminal 2 and then get to terminal 1. There may be a better way than walking down what seemed to be a loading ramp outside, but we were not alone in our trek to terminal as we were on the same flight as someone heading to the media event at Disneyland Paris.

There is nothing more satisfying than arriving at the gate for a transatlantic flight during final boarding. One thing I enjoy about really long flights is the ability to catch up on movies. While most people in my line of sight were watching Black Panther or Thor Ragnarok I took the opportunity to watch 12 Strong which if we are playing six degrees of Kevin Bacon is a combination of Thor and Ant-Man.

Isabelle has Paris on her bucket list and we’ve talked about waiting until the Marvel hotel opens at Disneyland Paris then planning a trip. Thankfully, we were one of the first flights into Paris that morning so there was no wait to at the border passport check. We had just enough of a layover at CDG to get a croissant and board our final flight to Barcelona. 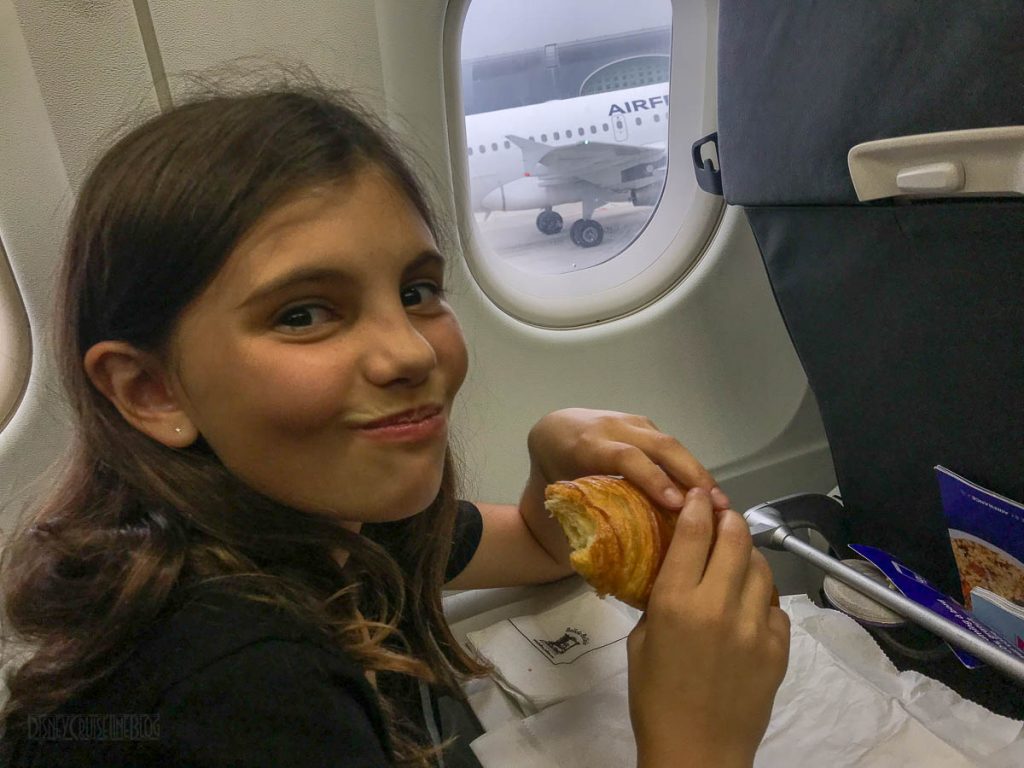 We arrived in Barcelona, retrieved our luggage, and breathed a sigh of relief seeing that all of our bags arrived. There were plenty of taxis waiting outside the airport and we were off to our hotel. We were making great time until we encountered some morning traffic to the likes of I-4 in Orlando. Regardless, it was still under 30 minutes from the airport to our hotel, the Eurostars Marina Grand, which deserves a standalone review. 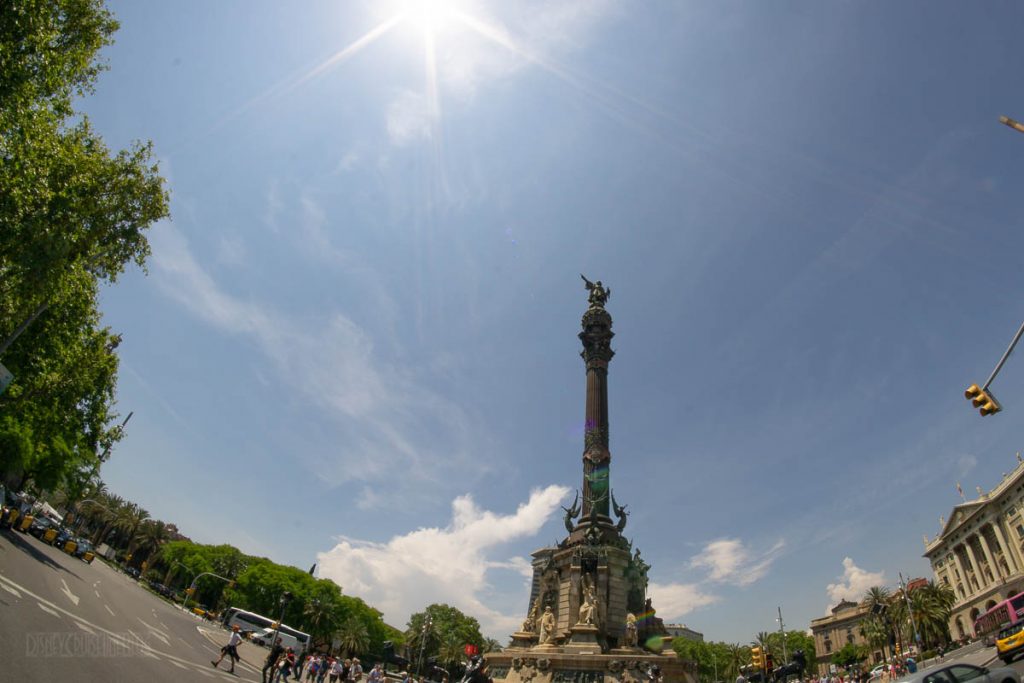 We checked in between 10-11 am, but our room would not be ready until closer to 3PM. We knew this but we wanted to drop off our luggage so we could walk around Barcelona. 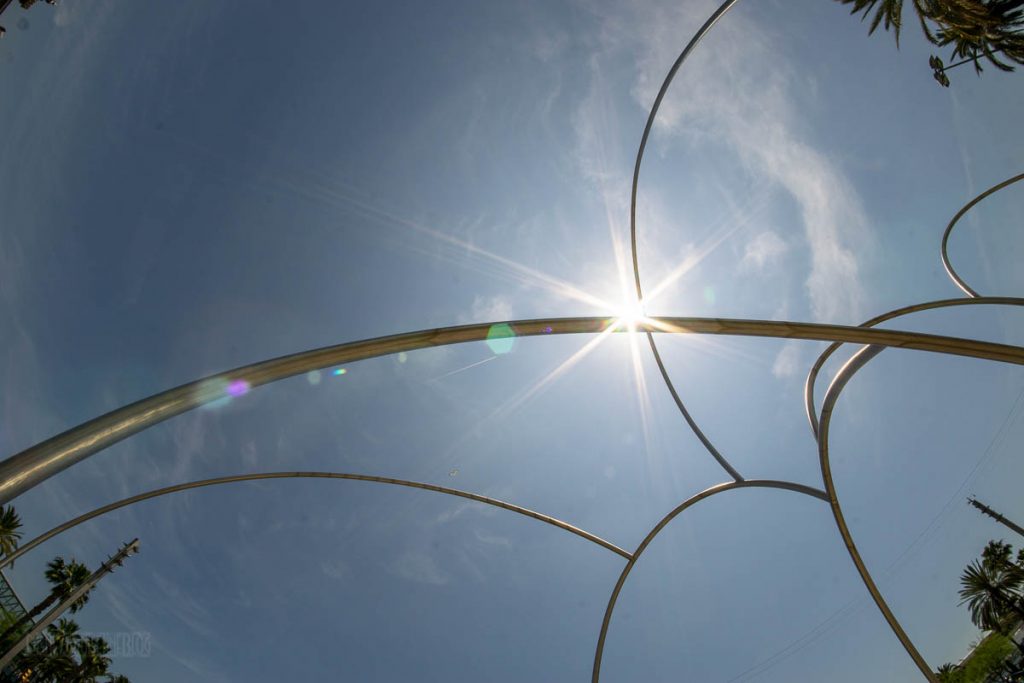 The weather was fantastic and great for walking around. Truth be told, we didn’t really have a plan of attack other than finding a specific restaurant which was recommended by a close friend. The tapas were great and hit the spot. Not to mention, the wine by the glass prices are less than most non-alcoholic fountain drinks at restaurants in the States.

After lunch, we headed back out on our walking tour. We stumbled upon the Barcelona Disney store with some unique items. The store was two stories with the second floor dedicated to the Princesses. 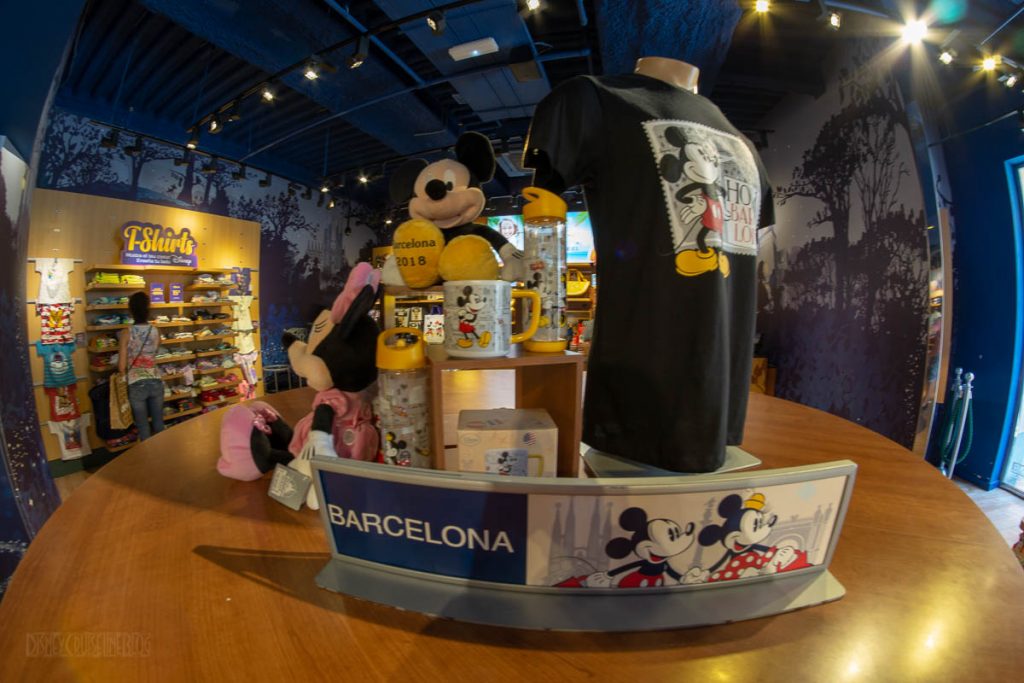 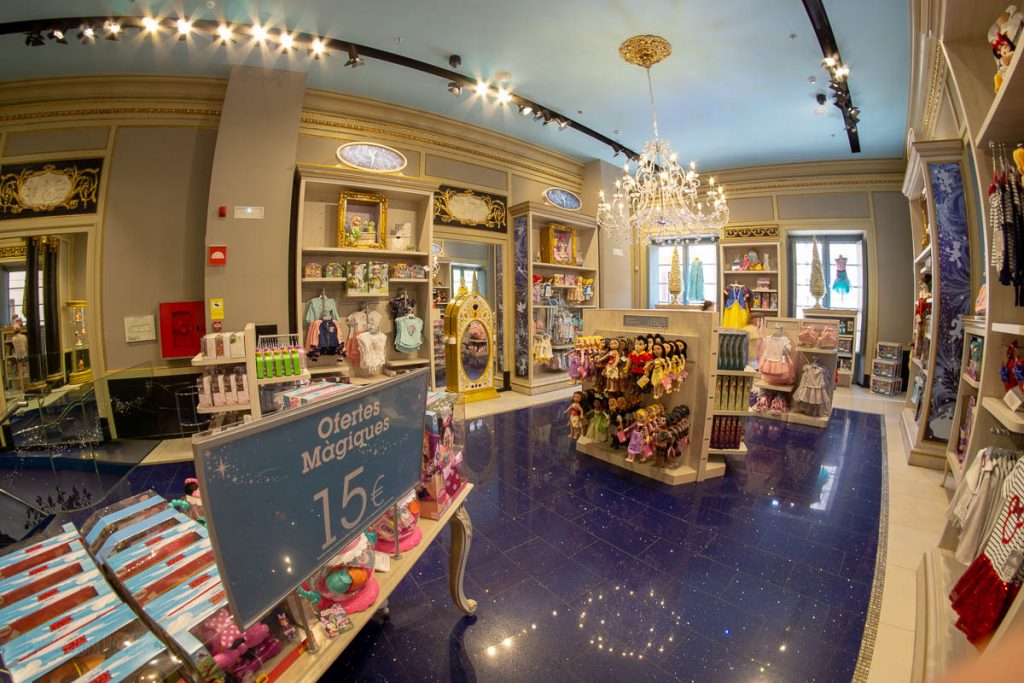 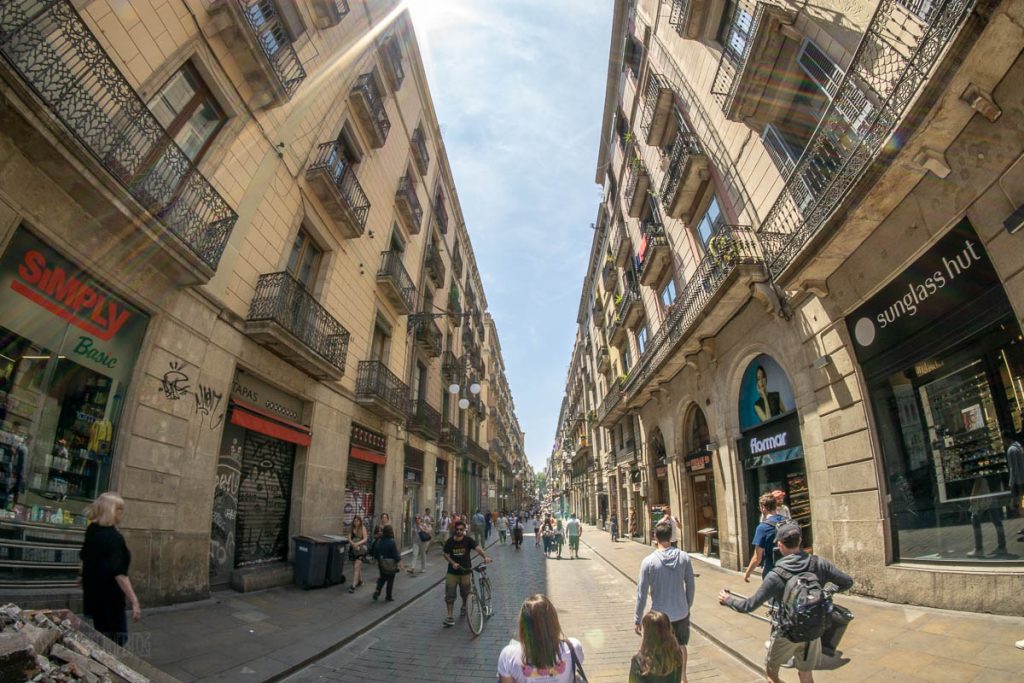 We continued on and arrived at the amazing Cathedral. The line to enter was fairly long and with the long travel day catching up to us, we opted to skip the inside tour. 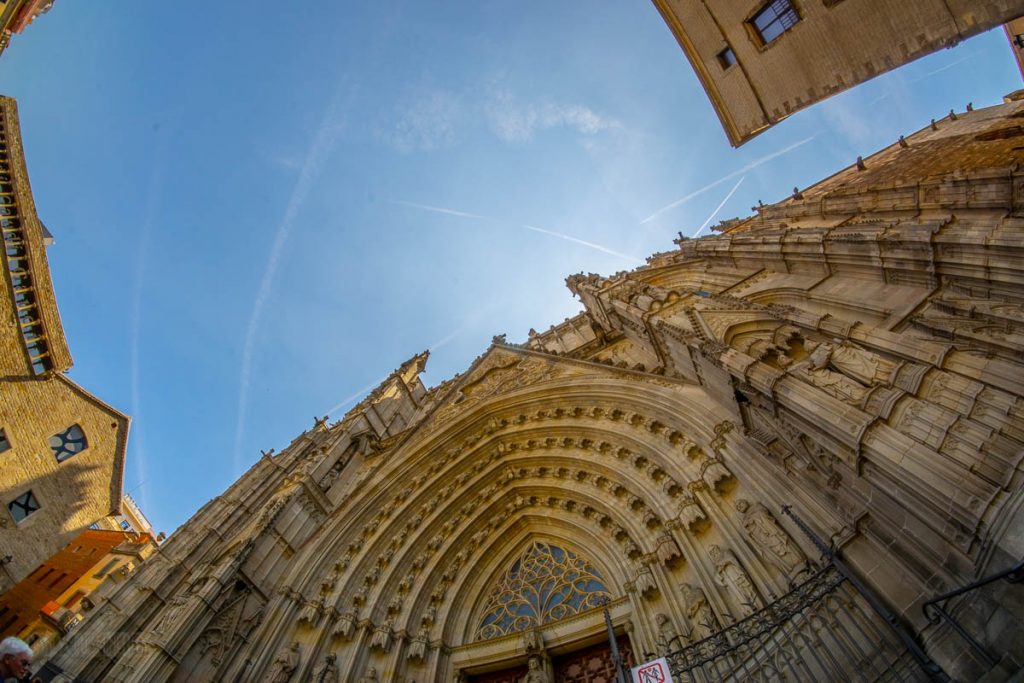 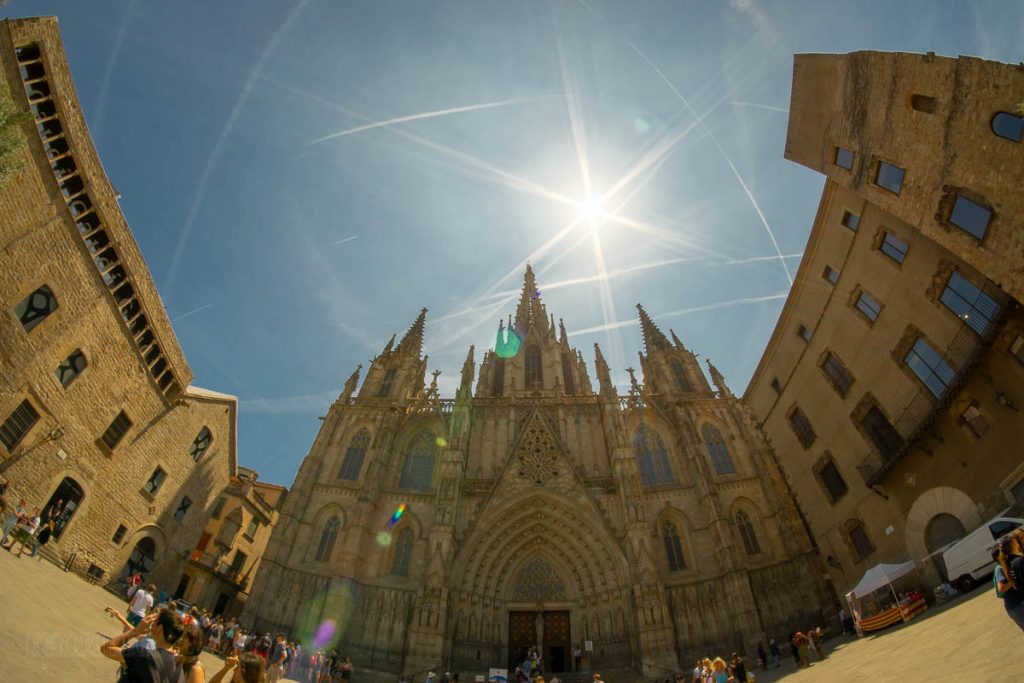 While walking around the building, we noticed the a wine shop which was perfect for stocking up on our allotment of wine to bring aboard the Magic. 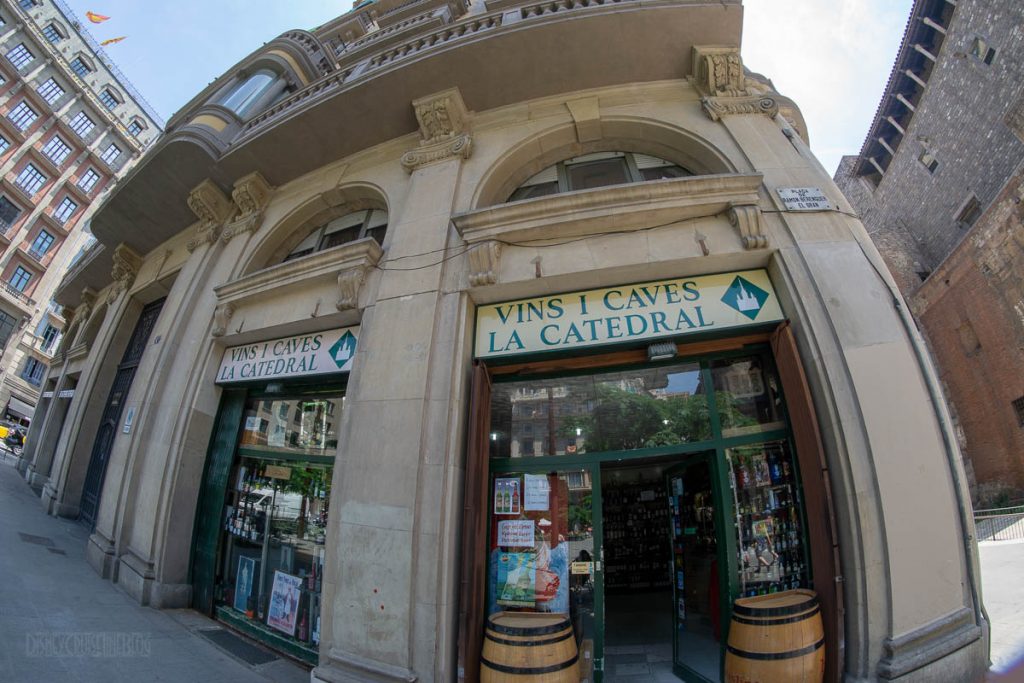 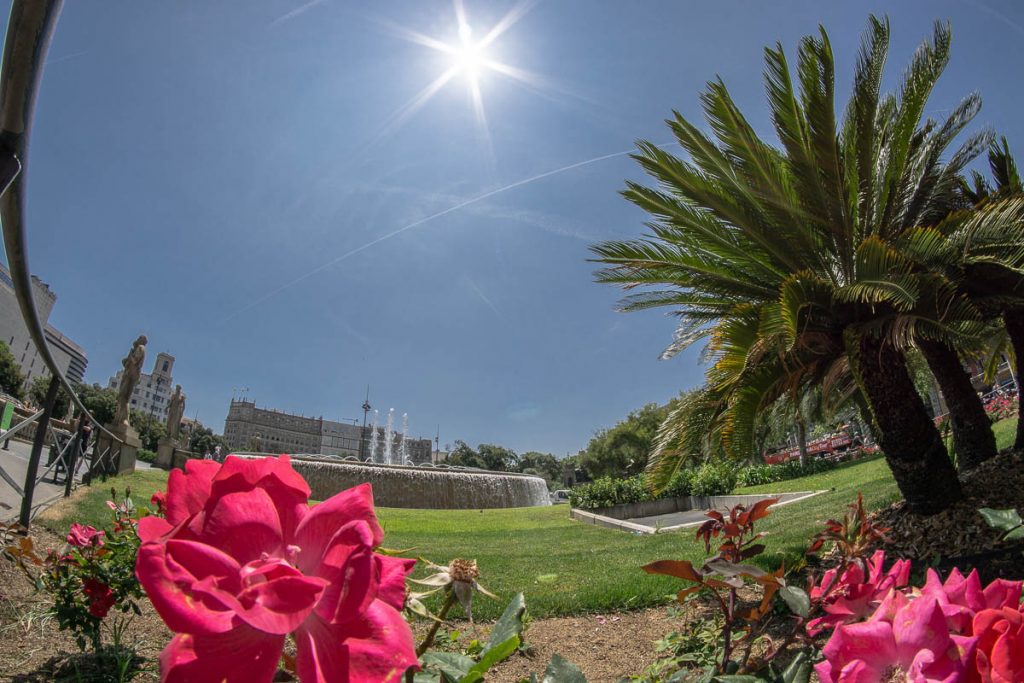 We enjoyed some more sights in Barcelona as we made our way back to the Grand Marina around 4pm. The hotel had a pool on the top floor, but it was not heated & ended up being way too cold & windy. Isabelle put her feet in and declared it was freezing and we headed down to the lobby area to get our welcome drinks and some more tapas. I never really comprehended tapas when they have been offered back home, but after a day in Barcelona, I love the concept.

We returned to the room and debated whether or not to head back out, but I hit the wall. As much as I wanted to go back out and experience more of what Barcelona had to offer, I was running on fumes. I decided to sit down on the couch and check out what was on TV… Shortly after, Emily woke me up and suggested I should just go to bed.