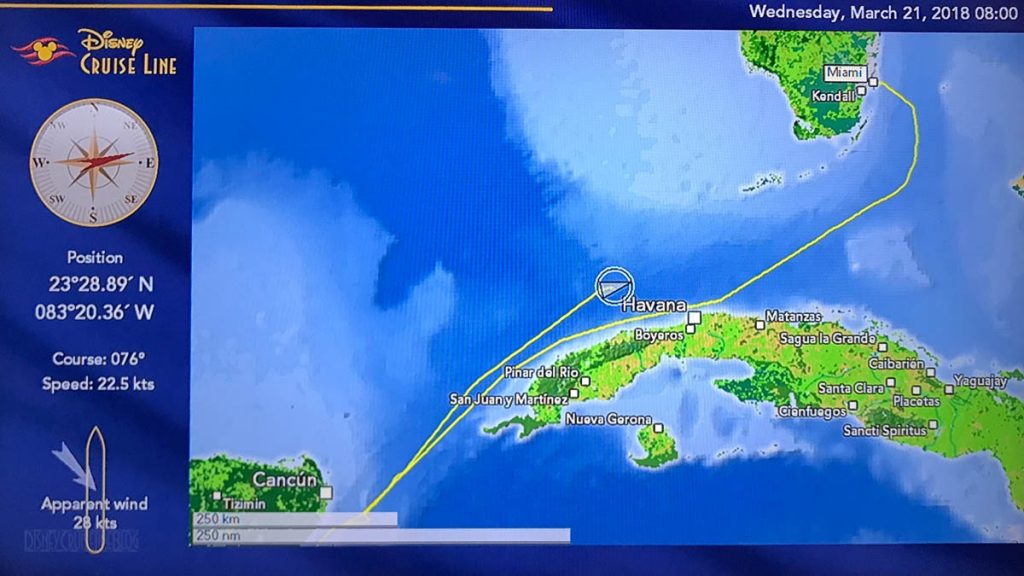 MARVEL DAY AT SEA IS HERE!!! We were up before our gym alarm because of a new stateroom noise… a snoring neighbor from the next room. Thankfully, it gave me motivation to head to the gym with Emily.

On the way over to the gym, we already started to see Marvel Day at Sea stuff with banners around the pool deck and a looping video on Funnel Vision. So exciting!

Em grabbed a banana and went back to the room to shower, while I showered in the spa. As I was walking back from the gym, I found Isabelle walking around taking pictures of the Marvel stuff on the pool deck. As excited for today as I am, I can only imagine how awesome this day would have been for my younger self.

I sat with Isabelle on the aft deck of Cabanas for breakfast then we headed off to meet up with Em for the first of many lines of the day. The first character to meet was Loki. We arrived at the 9:15 meet and greet at 9:00 and quickly learned this was going to be a day where 15 minutes early is too late.

This was our first time meeting Loki, and really this cruise is the first opportunity we’ve had to meet the God of Mischief. Loki continues the awesome meet and greets where they spend a bit of time with each guest versus moving the line along as fast as possible. The lines may be long, but the interactions have been great. This is also the first time ever that Isabelle had any interest in an autograph book to gather signatures in.

By the time we were finished meeting Loki, we had to pause our Marvel Day at Sea for Palo Brunch.

I’ve been hard on Palo in our past trip reports and I still stand by my feelings during the previous sailings. Today’s brunch was rather enjoyable and our service was excellent. We were in and out in less than an hour which was awesome since today’s focus was the Marvel activities.

After Palo, we stopped into Fathoms for Marvel Super Fan Challenge, which started off easy, but gets exponentially harder until there is a champion.

Isabelle spent this time in the Lab which was doing Super Sloppy Science with coke and mentos, but she passed on this opportunity since she really just wants to make slime and I was just informed her glue supply at home is out so shoreside slime production has ceased.

She took it upon herself to get some lunch up on the pool deck and watch a bit of the Guardians of the Galaxy cartoon on Funnel Vision.

We ran up to change and to meet back up with Isabelle. Thor was the next meet and greet and after Loki’s line, we decided just to get in line early. As luck would have it, we had some entertainment to keep us occupied. The best onboard event, Little Hero Dash – a themed version of the Diaper Dash.

As we were waiting, Star-Lord and Gamora just came strolling by the atrium, and were kind enough to sign autographs in Shutters for a few minutes. This turned out to be a great line distraction until it became our opportunity to meet the God of Thunder.

The plan was to head toward Preludes/The Walt Disney Theatre to meet Captain America, but the line was long and at this point we needed a break from standing around doing nothing.

We headed down to the Promenade Lounge for Marvel Comic Vault, which consists of 2 apps loaded onto the 12” iPad Pros. The first app is a questionnaire of sorts that pairs you with a Marvel Character. We all ended up with different characters. Isabelle: Hulk, Emily: Captain America, and I ended up with your friendly neighborhood Spider-Man.

The other app is the regular Marvel comics app available in the App Store to view digital versions of comics. They had good selection of comics downloaded for kids to sit and read. There never seemed to be enough iPads to go around, frankly for the apps in use, it would have been better to buy twice as many iPads for the price to accommodate the demand. Although, reading comics on a gigantic screen is marvelous. Sorta makes me wish I picked up the larger model. Emily tried her luck with the Sommelier bin while Isabelle browsed some comics.

It was closing in on 2pm and time for our first of two pre-booked character meet and greets. First up was GROOT, which was held in Animator’s Palate followed by a trio of super heroes in the D-Lounge. This was excellent. The pre-ticketed events are fantastic.

We are GROOT!
Reserved meet and greet times are marvelous – 2pm reservation and we were done by 2:05! Really wish all were like this. #MarvelDayatSea pic.twitter.com/cwlF9Prxa7

After meeting Spider-Man, Black Panther and the 20 minute late to the meet and greet Iron Man, we had a few minutes to make it to the next event, Doctor Strange: Journey into the Mystic Arts.

The show was nice and short and most importantly, fun to watch. It also involved audience participation for some lucky kids in the audience.

As we exited the theatre, we had to choose between the Marvel Masters event or meeting Captain America. Being that this was the last scheduled tome to meet him, immediately entered Captain America’s line.

The next activity on the agenda was Marvel Comic Academy Drawing Class where Gus showed us how to draw Spider-Man. I did my best not to disrespect the character.

This afternoon Gus taught us to draw Spider-Man. I’m not the most talented. #MarvelDayatSea pic.twitter.com/cbydZdq46P

The evening kicked off with dinner in Animator’s Palate with the Marvel Day at Sea menu which is presented a multi page comic book.

This was a really great menu and the items we tried from the menu were quite enjoyable.

The #MarvelDayAtSea servers had great ties and the head servers wore a vest with the samp pattern. pic.twitter.com/StgeuBd75I

Following dinner, we had some time to spare until the next event, so we headed into O’Gills and played Scrabble for a bit before moving on to Fathoms for the Star-Spangled USO Tour.

The Star-Spangled USO Show was so much fun. #MarvelDayAtSea pic.twitter.com/rjoQOu5t3i

Another round of Marvel Super Fan Challenge in Fathoms with an all new set of questions making this a fun repeat if your schedule permits. Isabelle made it to round 2. Round three wasn’t as easy, but she would have swept the final round based on how well she was identifying characters from her seat in Fathoms.

By the time we made it from Fathoms to the Promenade Lounge we were too late to play Marvel Trivia as they were already on question 13. We headed up to the stateroom where our awesome stateroom host created a hammer out of towels!

To date, this is Isabelle’s favorite stateroom towel creation. She literallyscreamed with joy when she saw it. #MarvelDayAtSea pic.twitter.com/64DDKQ01No

All day long the Avengers have been making promotional announcements for the Stark Expo which is technically listed as Marvel Heroes Unite on the Navigator. The show was listed as a 10:15 pm start time, but in reality the pre-show began at 10pm. As you may already know, we are not big attenders of the evening deck parties, even though we are still on vacation we still operate on our normal schedule, up early and in bed around 10.

The finale to #MarvelDayAtSea was epic. Honestly, the best deck party/show I’ve seen from @DisneyCruise – DO NOT MISS THIS EVENT pic.twitter.com/wgvEgb11C8

This was a show that was not to be missed. Seriously, do whatever you can to get to this show, it is one of best, NO. Marvel Heroes Unite on the Disney Magic is the BEST deck party/show that I’ve seen on a Disney Cruise ship. I will admit, this is a biases statement due to our enjoyment of the Marvel Cinematic Universe. I should also say we’ve not been on a Star Wars Day at Sea cruise for comparison. Speaking just for myself, I am much more of a Marvel fan so while I can appreciate a good show, I have more of an attachment to Marvel.

I have video to share of the show, but if you are booked on an upcoming MDAS cruise, I’d suggest you DO NOT watch it. Even though I try to keep up with all things DCL, I never watched any videos of this show before because I did not want to know anything about the show, I wanted to see it live first, and I suggest you do the same.

All in all, Marvel Day at Sea was a fantastic hit for our family. The entire day exceeded expectations and worth the full price we paid for this cruise.

The lone criticism we have is the abundance of events that are packed into the day. The ticketed meet and greets were fantastic, but the regular line meet and greets took up a lot of time often overlapping with other events. It is possible to meet all the characters, but not all of the characters have official meet and greets; some are just roaming the halls. When you see them, they will stop for photos and autographs. For example – Gamora and Star-Lord would have been a great addition to the ticketed GROOT meet and greet. Admittedly, by going to Palo brunch we did miss 1 activity, but we know this going in and planned around it. We also missed an event by choosing to meet Captain America. It felt like a busy port date versus a relaxing day at sea. My best advice is plan accordingly and be prepared to wait in lines.