Disney Cruise Line officially announced the rumored Frozen live stage show will debut abroad the Disney Wonder on November 10, 2016 following her extensive dry dock. The new musical production replacing Toy Story The Musical will be called Frozen, A Musical Spectacular and will be presented aboard each sailing of the Disney Wonder in the Walt Disney Theatre. The show will run about 55 minutes and feature the following musical numbers, Frozen Heart, Do You Want to Build a Snowman?, For the First Time in Forever, Love is an Open Door, Let it Go, Reindeer(s) Are Better Than People, In Summer, and Fixer Upper. 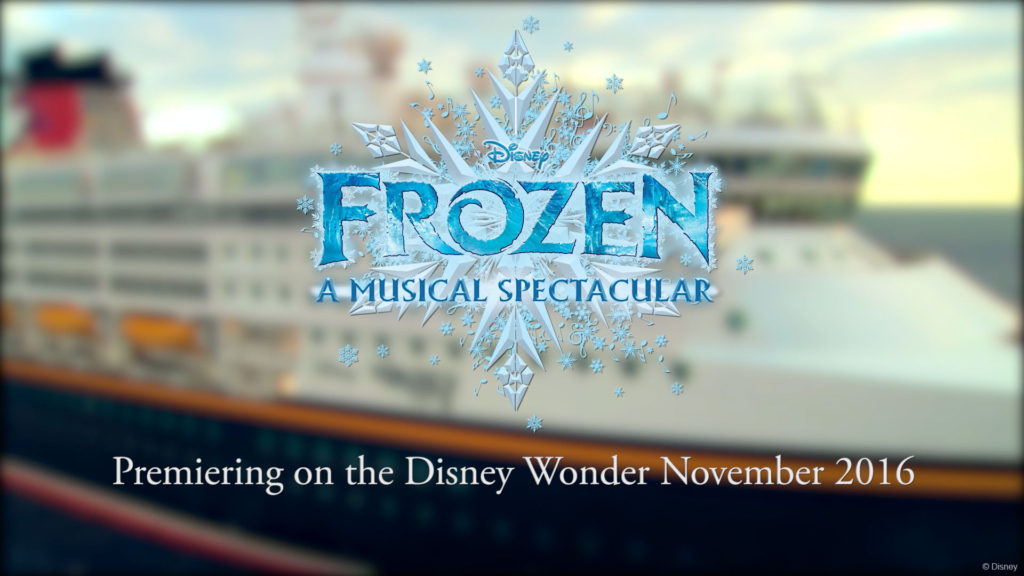 The story will be presented like never before, with an innovative combination of traditional theatrical techniques, modern technology and classic Disney whimsy, completely unique to the Disney Wonder production.

“We’re so excited to bring Frozen, A Musical Spectacular to the stage of the Walt Disney Theatre on the Disney Wonder.  The production is going to delight each one of our guests because it’s a story for absolutely everyone in the family,” said Jim Urry, Vice President, Entertainment, Disney Cruise Line.

Frozen, A Musical Spectacular will follow the captivating adventure of royal sisters Anna and Elsa as they embark on a journey to discover the meaning of sisterhood, inner strength and true love. Fans of the film and newcomers alike will be enchanted by favorite characters brought to life onstage along with beautiful renditions of the movie’s iconic music. 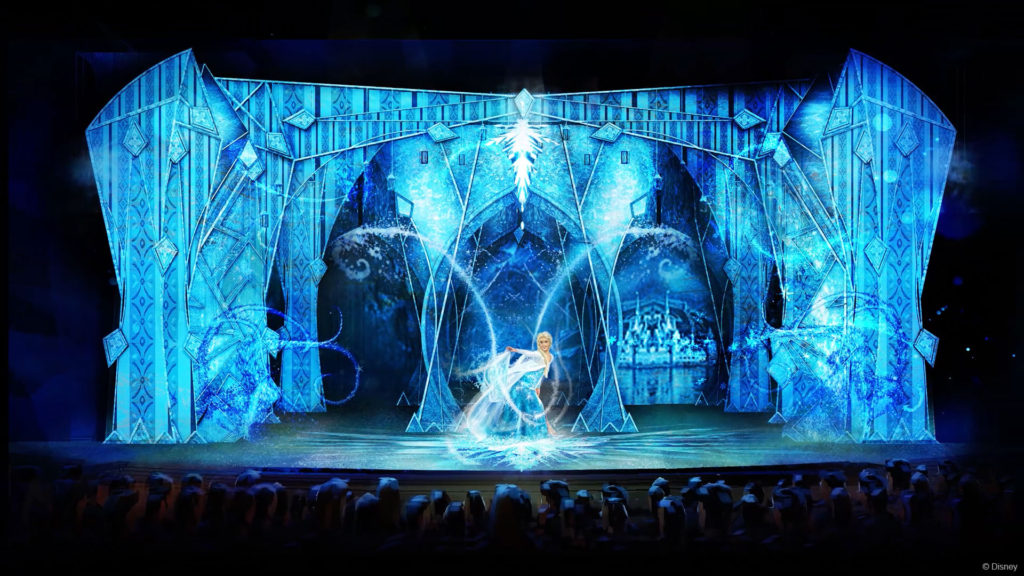 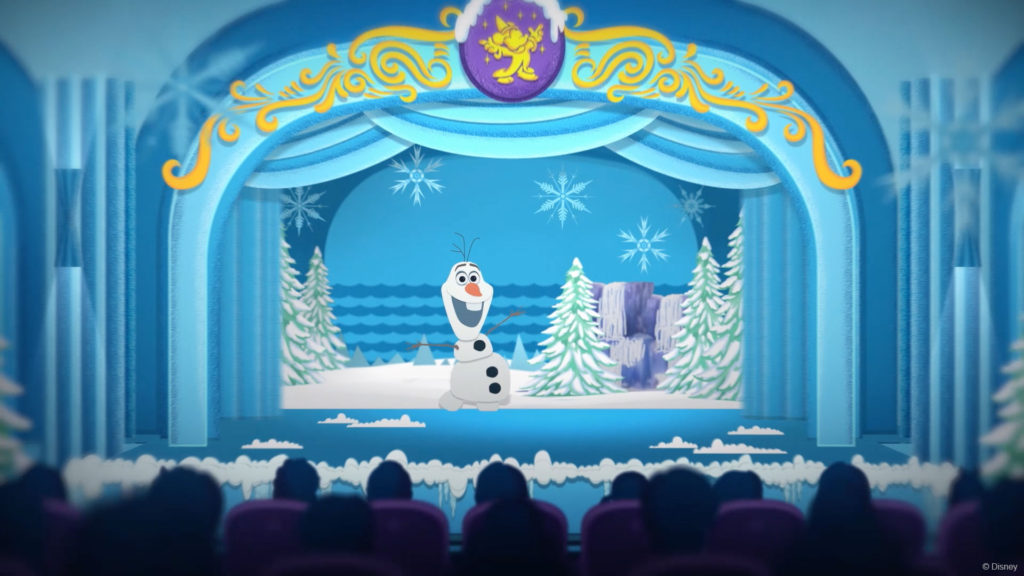 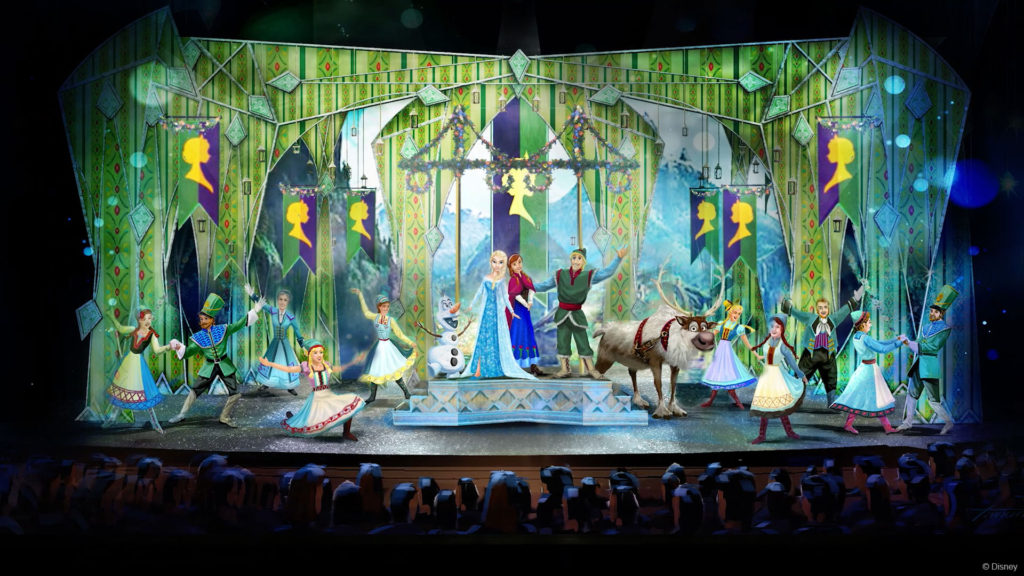 The creative disciplines blend to create a seamless environment – blurring the lines between costume and scenic, set piece and video, puppet and puppeteer – and expand upon the most imaginative elements of the film.

“The story of Frozen is one of the most iconic animated movies ever, so this is a unique and special opportunity to retell the story onboard the Disney Wonder, transporting guests right into the world of Arendelle,” said Kevin Eld, Creative Portfolio Executive, Walt Disney Imagineering.

To adapt this blockbuster animated feature into a quintessential stage production, Eld assembled a team of distinguished creative talent with Broadway credits and theatrical accolades. 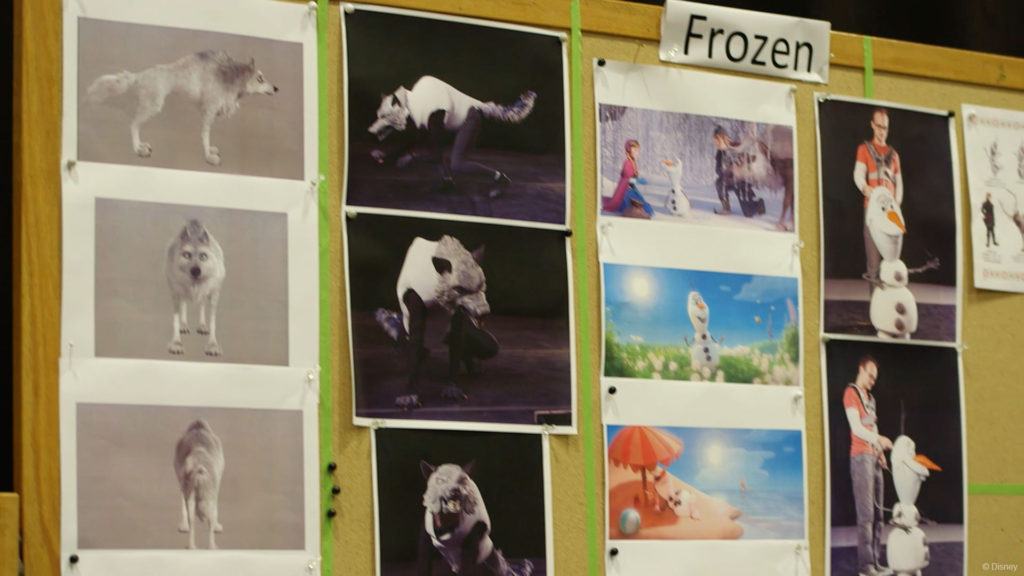 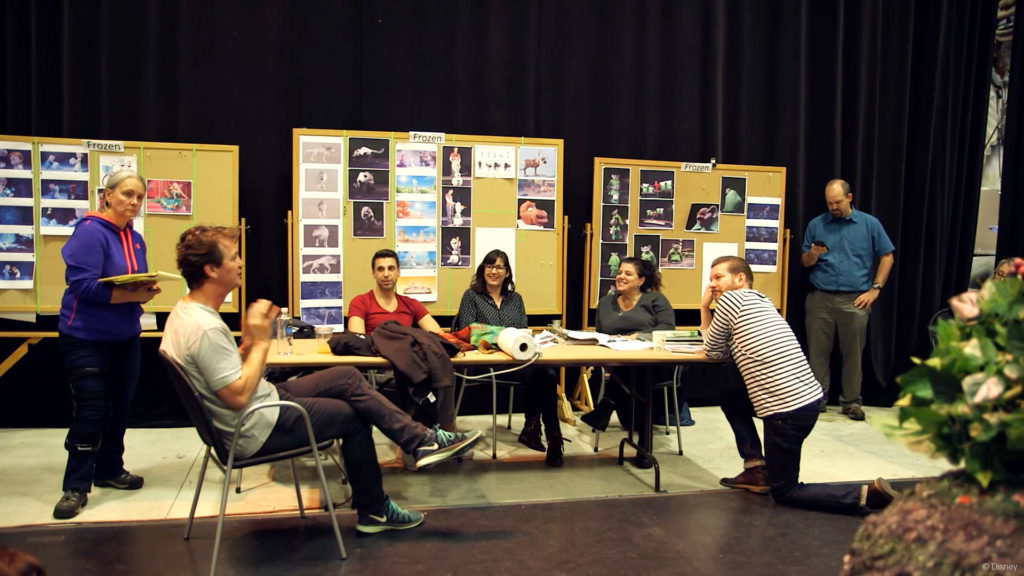 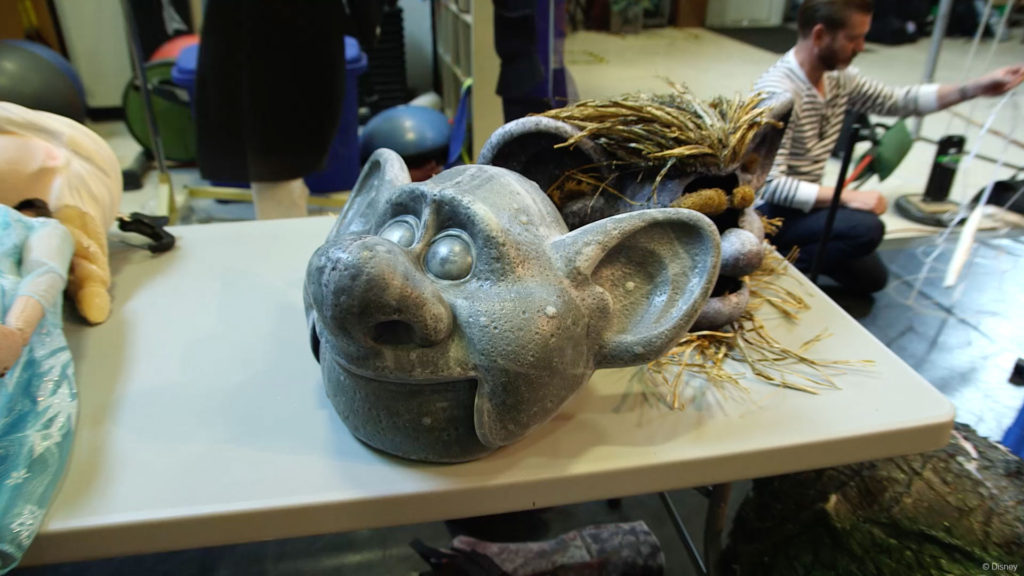 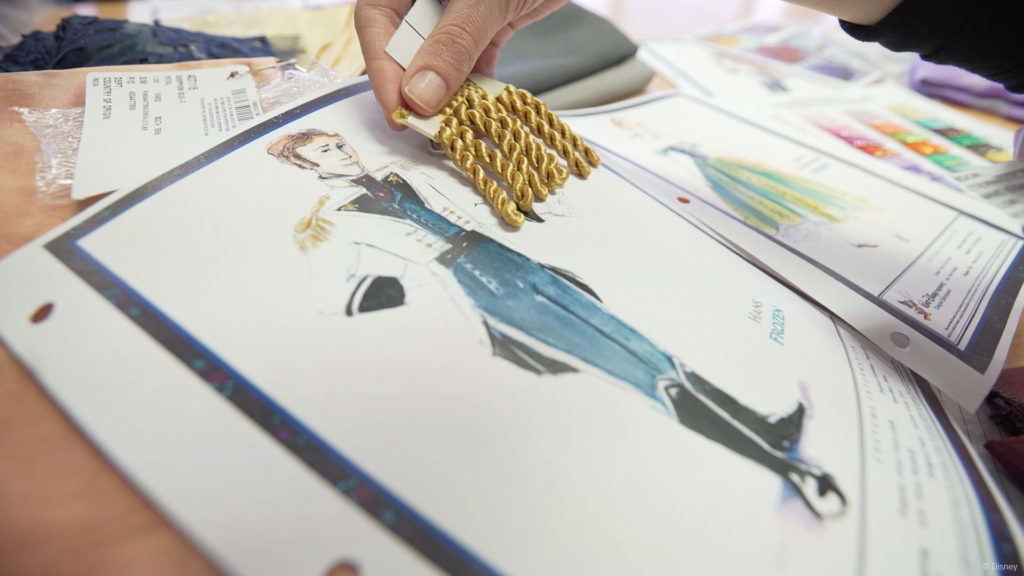 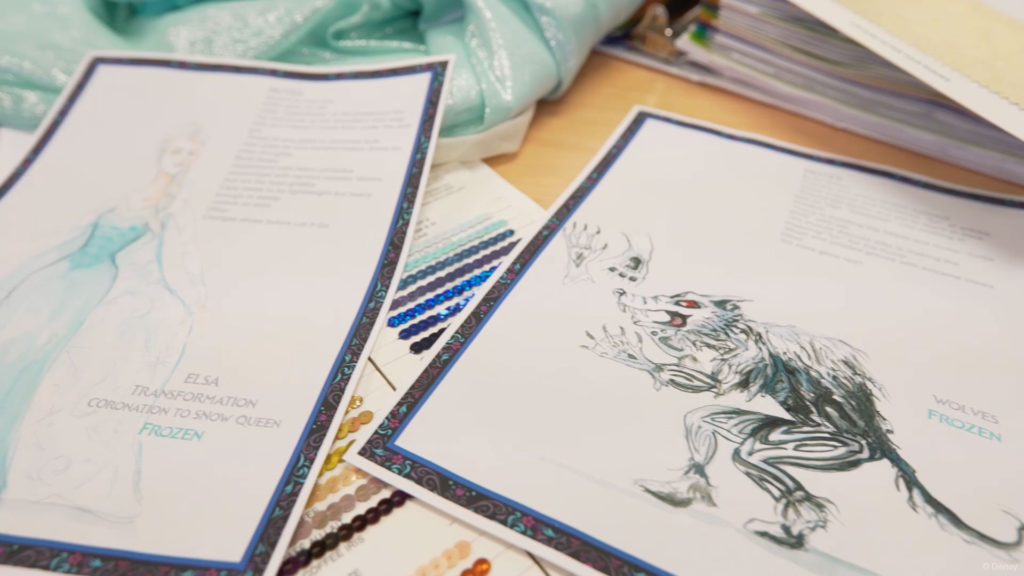 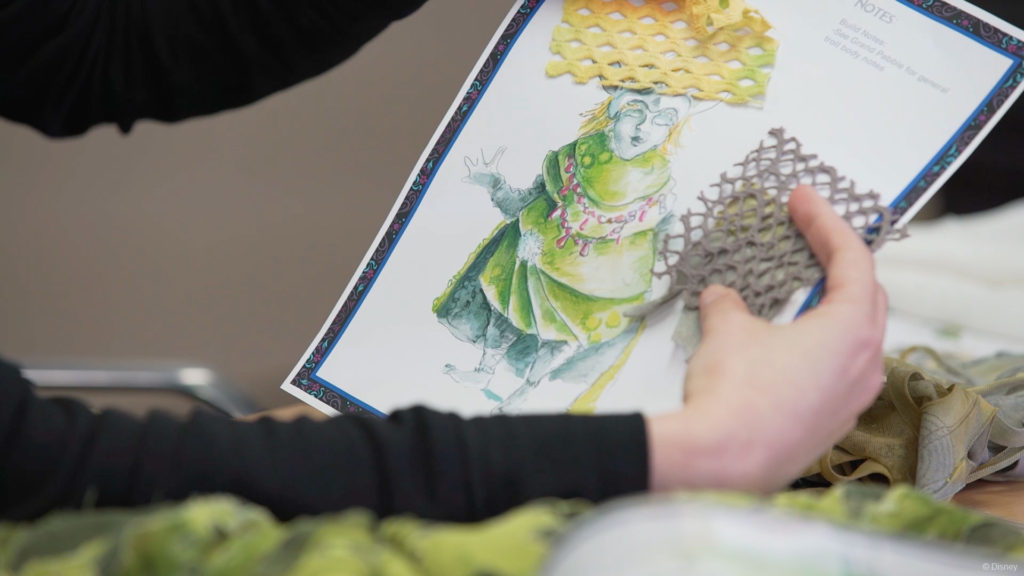 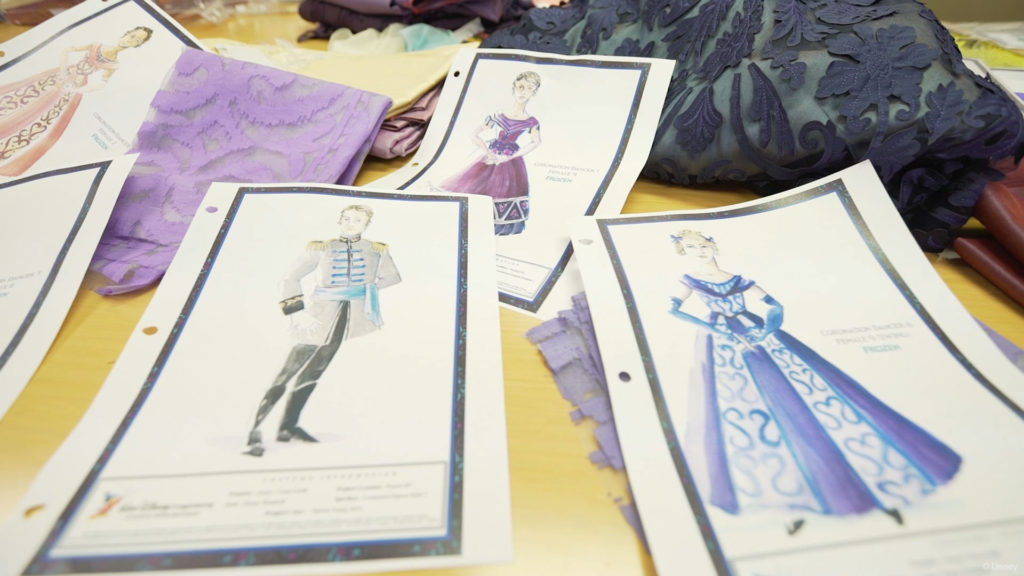 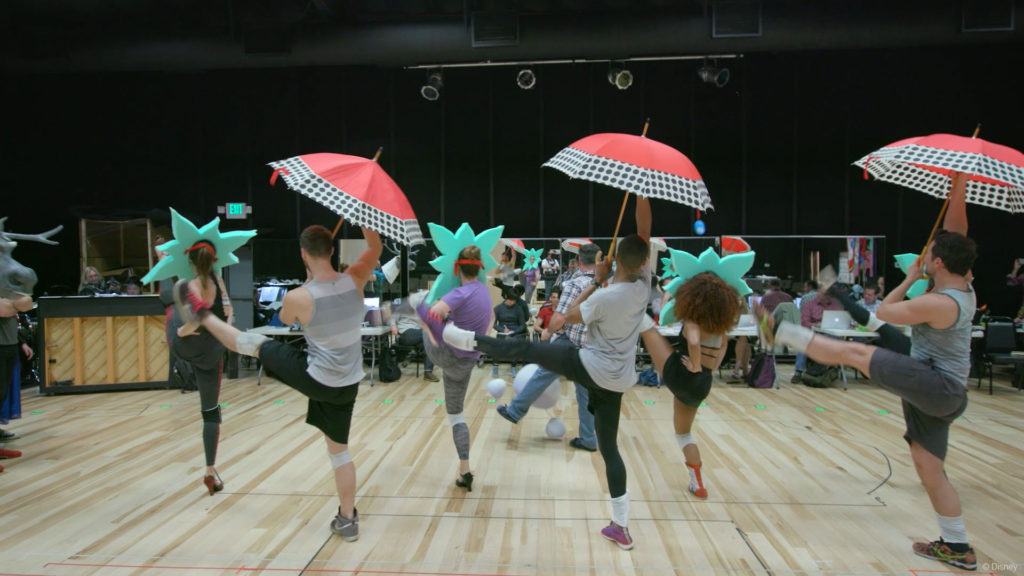 Dynamic puppetry by Michael Curry, whose designs are featured in Disney’s Tony Award-winning Broadway musical The Lion King, will bring exciting physicality to characters like Sven and Olaf in a similar way as he recently did with Maximus in Tangled The Musical aboard the Disney Magic. 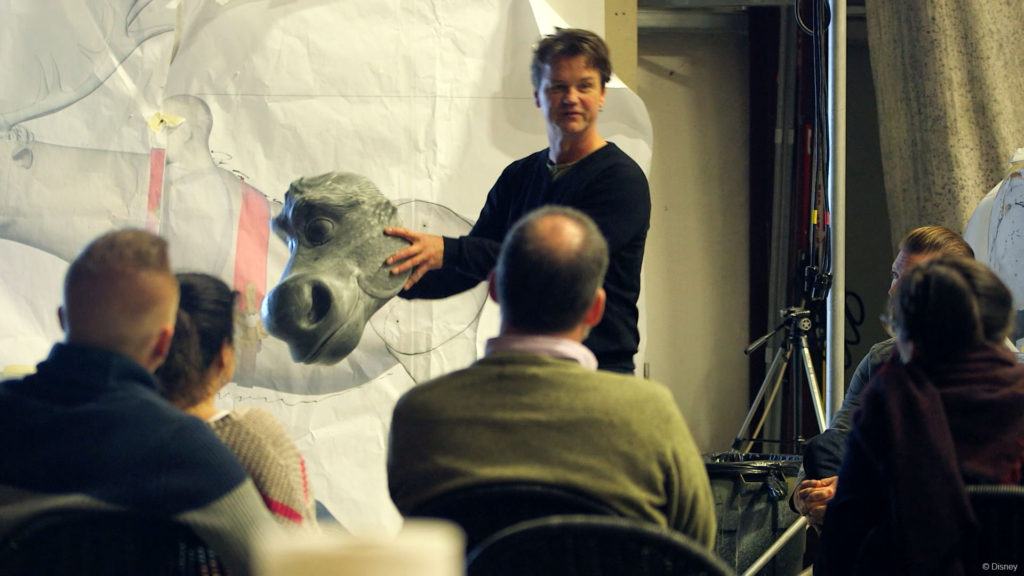 The production features the popular music and lyrics by the creators of the Frozen film score, Kristen Anderson-Lopez (In Transit, Up Here) and Robert Lopez (Avenue Q, The Book of Mormon, Up Here), and is adapted from the screenplay by four-time Tony Award nominee Chad Beguelin (Gotta Dance, Aladdin, The Wedding Singer, Elf).

The 977-seat Walt Disney Theatre provides the perfect setting to immerse audiences in the kingdom of Arendelle and showcase the renowned score. Songs like For the First Time in Forever and Love is an Open Door will be expanded into ensemble pieces, and the film’s wintry wizardry will be realized in lavish production numbers of In Summer and Fixer Upper. 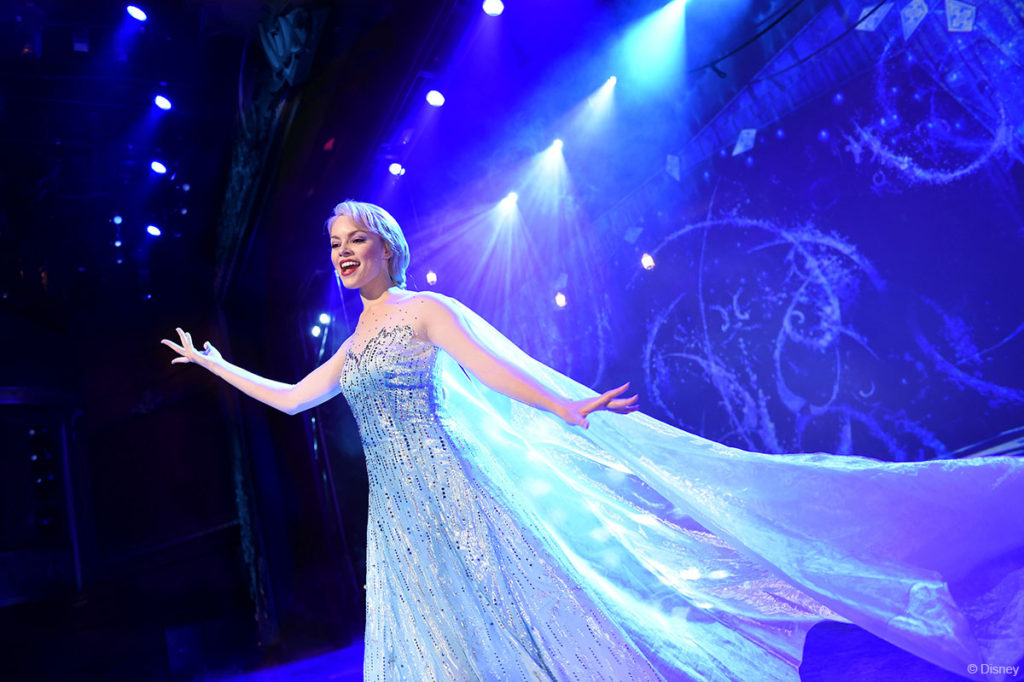 A stand-out moment, the emblematic ballad Let it Go will be transformed into a full-fledged stage spectacle. Complete with real-life magic – transformative scenery, snow flurries and state-of-the-art video technology – this show stopping number will bring Elsa’s enchanted icy blasts to reality like never before. 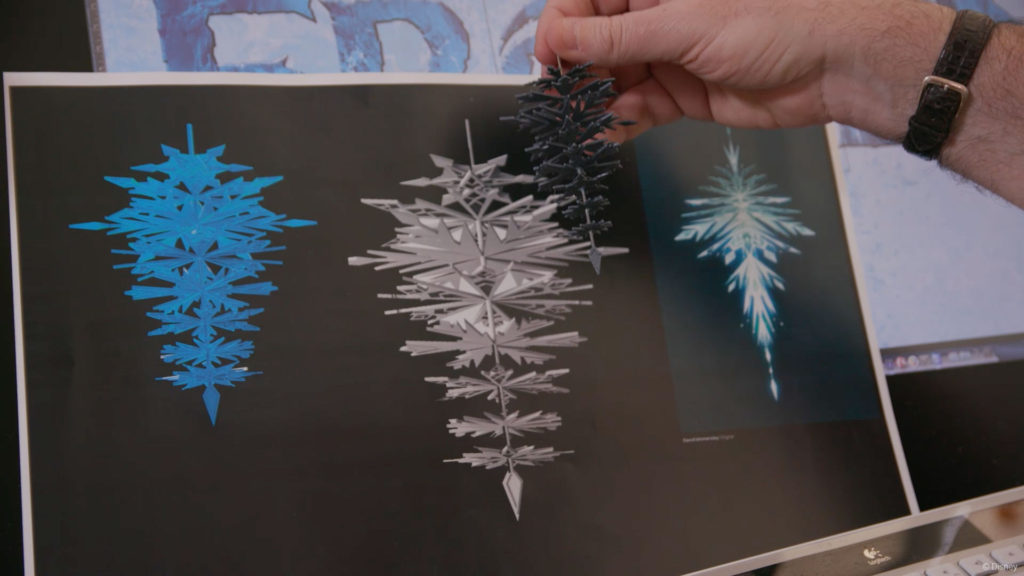 An entirely separate two-act Broadway production of Frozen is currently being prepared by Disney Theatrical Productions and is slated to join Disney Theatrical’s New York productions of Aladdin and The Lion King for spring 2018 at a theater to be announced. It will have a pre-Broadway engagement starting in summer 2017 in Denver.

Rumors of a Frozen stage show first surfaced following a November 2015 casting notice referencing the closing company of Toy Story. In February of this year, casting notices appeared calling for a number of Frozen characters for Disney Cruise Line’s newest onboard production. 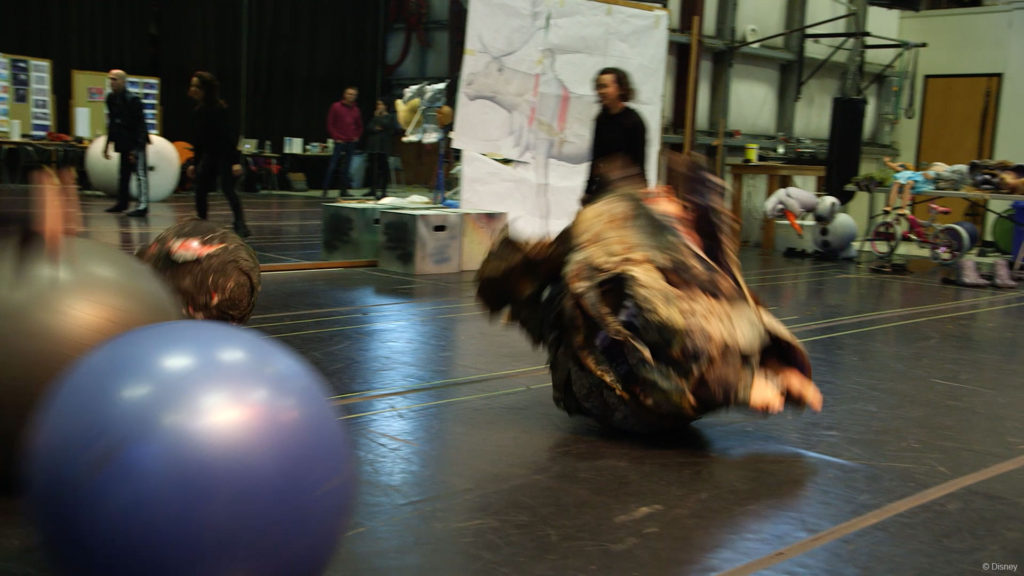 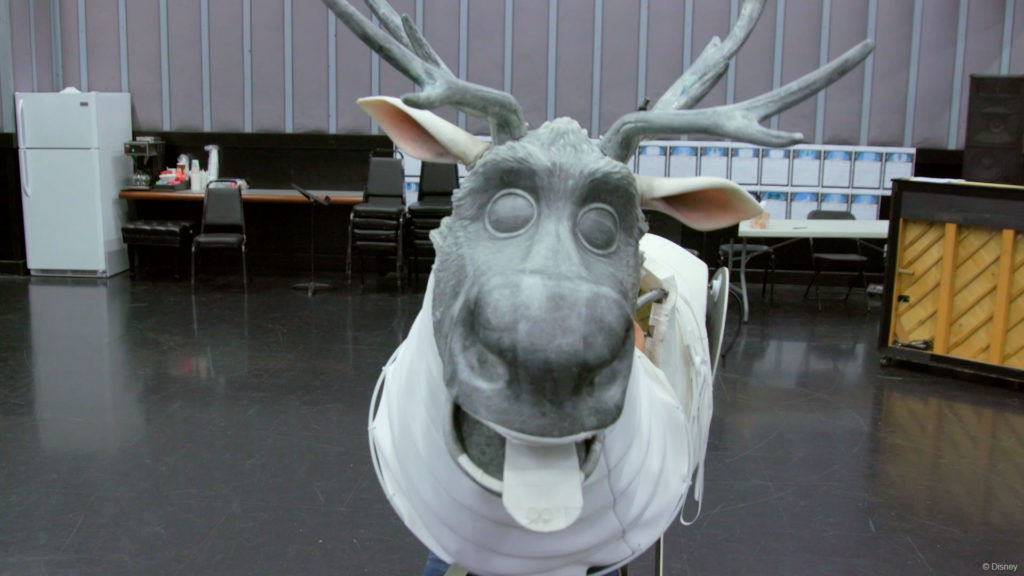 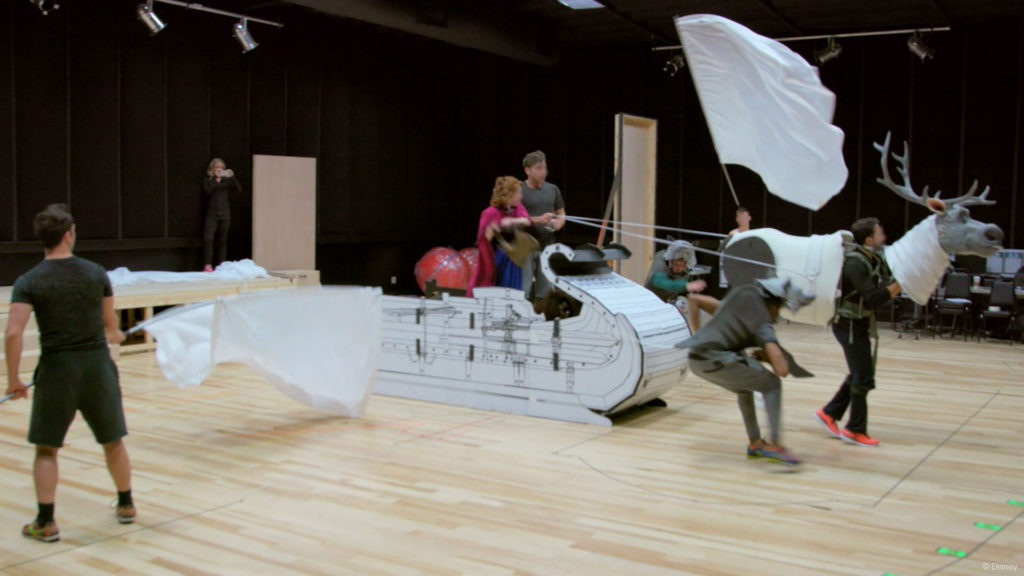 The debut of Frozen, A Musical Spectacular will occur during the November 10, 2016 4-Night Western Caribbean Cruise departing from Galveston, Texas.

For those looking for a sneak peek, check out the following full show video and review from TouringPlans.com of the Frozen – Live at the Hyperion at Disney’s California Adventure. The show will not be identical, but I have no doubt there will be many similarities based on the announcement and concept art information released by Disney Cruise Line.

9 Replies to “Frozen, A Musical Spectacular to Debut in November Aboard the Disney Wonder”