Oh My Disney released a behind the scenes video this week providing the first look at Maximus, the puppet created by master puppet designer Michael Curry. Curry’s extraordinary creations are featured in Disney’s Tony Award-winning musical The Lion King on Broadway, created a brand-new pedigree of puppetry in Maximus. The video takes viewers behind the scenes of the Toronto rehearsals to see how David, the puppeteer brings the Maximus puppet from Tangled The Musical to life!

Maximus moves around a lot so here are some extracted frames from the video to get a better look at the level of detail that goes into turning an animated character into an onstage puppet. 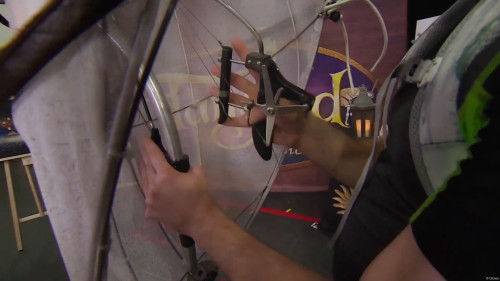 With the use of hand controls, David brings Maximus to life with different facial expressions, move his ears and wag his tail. 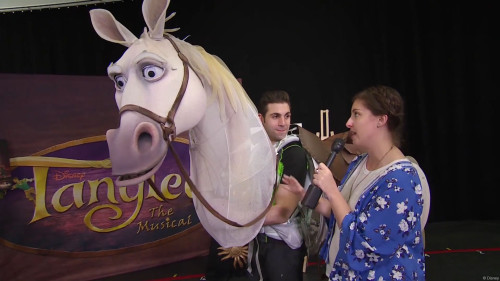 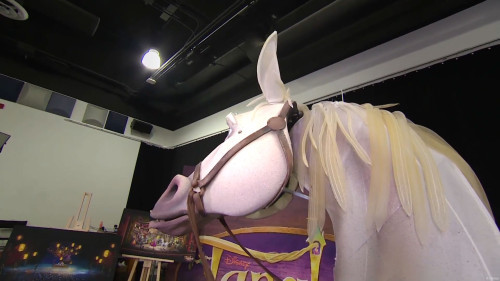 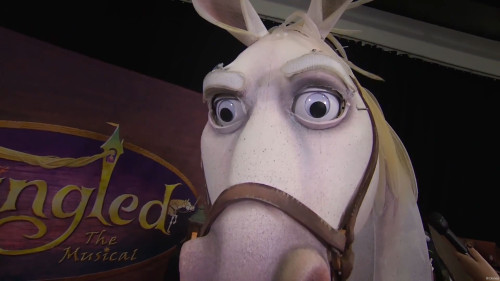 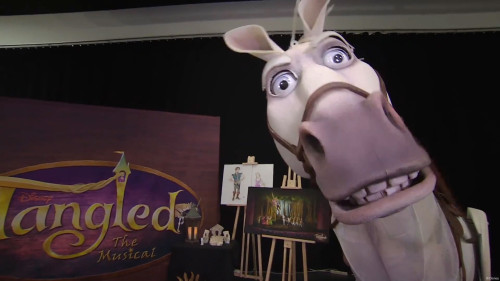 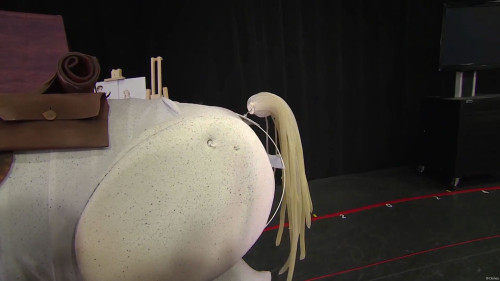 Although, David and the puppet are not in full costume, Maximus looks great. 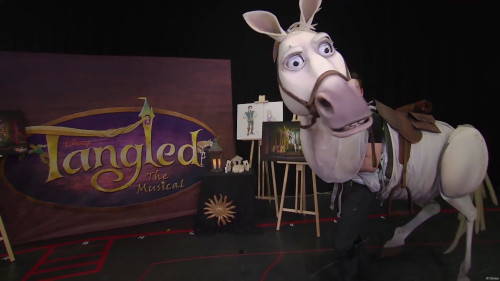 I do not know about you, but I am excited to see the reveal of Rapunzel’s magical hair.