The Fall 2013 Passholder Mickey Monitor arrived on Friday with teasers for upcoming events at Walt Disney World.  After two reads, I did not find any Disney Cruise Line mentions like we did in the Summer issue.  This quarterly issue features some of the Villains in their corruptible mortal state à la stretching room portraits in the Haunted Mansion.  The first item of note in this issue is the Limited Time Magic event on Friday the 13th.  On September 13, 2013 Disney Hollywood Studios will hold a whimsical event titled Unleash the Villains from 8PM to 1AM.  Granted this is not new, in fact, it was one of the original tent pole events touted when Limited Time Magic was announced.  This event comes with a unique warning… 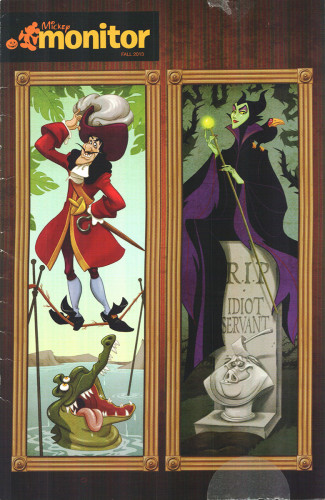 The best part about this issue was the Walt Disney World Annual Passholder Magnet. 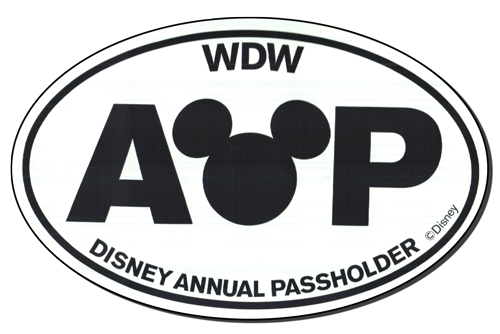 The WDW AP car magnets were mailed out to a select portion of passsholders earlier in the year.  As one would expect, since not everyone got one APs started to call and inquire about purchasing a magnet.  Well, it seems like Disney has decided to make sure that a greater population of passholders received these magnets by including one with the Fall 2013 Mickey Monitor.  To that I say Thank You for the instant perk, it is already on our car.

Additionally, I am happy to report that the Mickey Monitors are again available to download on the Walt Disney World Passholder website under Passholder Extras!  The only difference to the scanned copy and the one available from the passholder website (aside from quality, the original is obviously better) is the AP magnet page has been redacted.

I am surprised that the Halloween on the High Seas Disney Cruise Line sailings were not mentioned in this Halloween centric issue of the Mickey Monitor.

UPDATE: Disney has updated the Passholder Benefits page with the PDF.