We previously looked at the St Maarten Port calendar which provided some details on the Magic, but what really caught my eye was the [Disney_Fantasy]. The Fantasy started to appear every Tuesday in December 2014. This goes against the norm of alternating 7-Night Eastern and Western Caribbean sailings from Port Canaveral. This led me to look for clues in the Western Caribbean… Next stop Jamaica.

For some time now we’ve known the identity of the mystery ship(s), PAJ43-12, on the Falmouth, Jamaica Port Calendar to be both the Wonder and Fantasy. The [Disney_Wonder] has five 7-Night Western Caribbean cruises calling on Falmouth in the Fall of 2013 and the Fantasy has nine sailings in the Summer of 2014.

However, the Wonder is the only ship listed on the port calendar, the Fantasy remains masked under the PAJ43-12 placeholder. We know that the Fantasy will be sailing to Jamaica on May 14 & 28, 2014 based on currently available 7-Night Western itinerary, but looking at the port calendar we can see she is listed as our old friend, PAJ43-12. 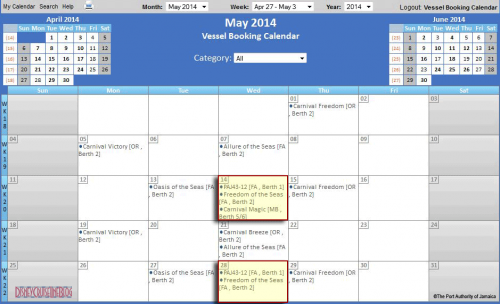 PAJ43-12 continues to appear on the calendar on every other Wednesday matching up with the Fantasy’s current schedule. The port calendar continues to show PAJ43-12 through May 2015 which could indicate that Falmouth, Jamaica will become a regular port of call during the later half of 2014 and the Fantasy will indeed continue to sail alternating Eastern and Western itineraries. This then brings into question the accuracy of the St Maarten schedule. Is St Maarten using the Fantasy as a place holder in December 2014 for a Classic Ship? 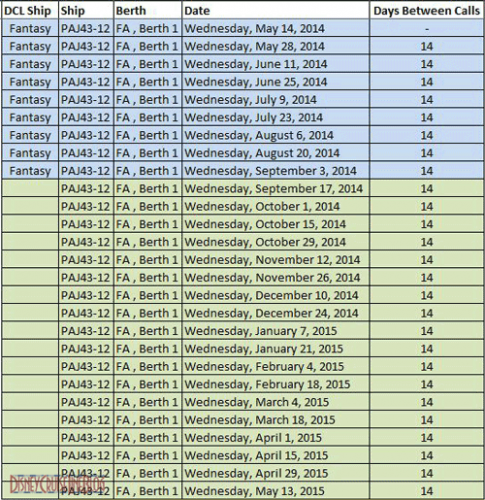 The pattern changes to weekly calls on Thursdays in May 2015 through May 2016. Assuming the Fantasy maintains an alternating pattern, this would mean the Magic or Wonder will be sailing in Caribbean during the Summer of 2015; leaving her sister ship to sail to Europe or Alaska. 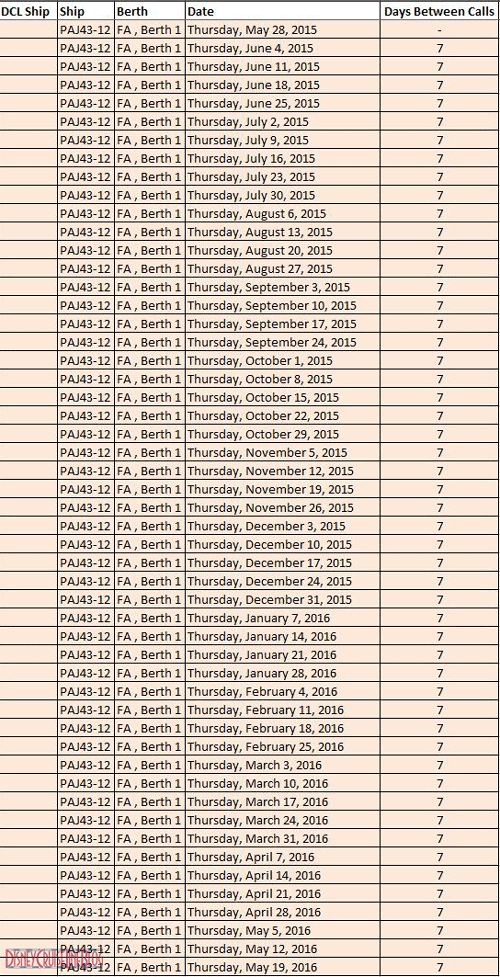 The ultimate question is which ship, or ships will fill in the PAJ43-12 placeholder.

Check back tomorrow for more details and in the mean time let me know your thoughts on how the Jamaica Port schedule could impact future itineraries.