BVLGARI, makers of fine Italian jewelry, watches, and luxury goods opened a boutique aboard the Disney Fantasy on November 15th. The new offering took over the smaller room of White Caps on deck 3 forward. The new BVLGARI boutique joins Tiffany & Co as another luxury shopping experience bridging the gap between Disney Cruise Line and other cruise lines and casinos resorts which offer a wide selection of third party stores.

A look in the all new BVLGARI which opened Thursday on the Fantasy. Takes over the side room of White Caps. Pics via Nick Gibson-Moody pic.twitter.com/Q7F1EPAM2Z

In late-September, the area of White Caps was closed off in order to complete remodel of the space which included gutting the space down to the bare floors and walls. 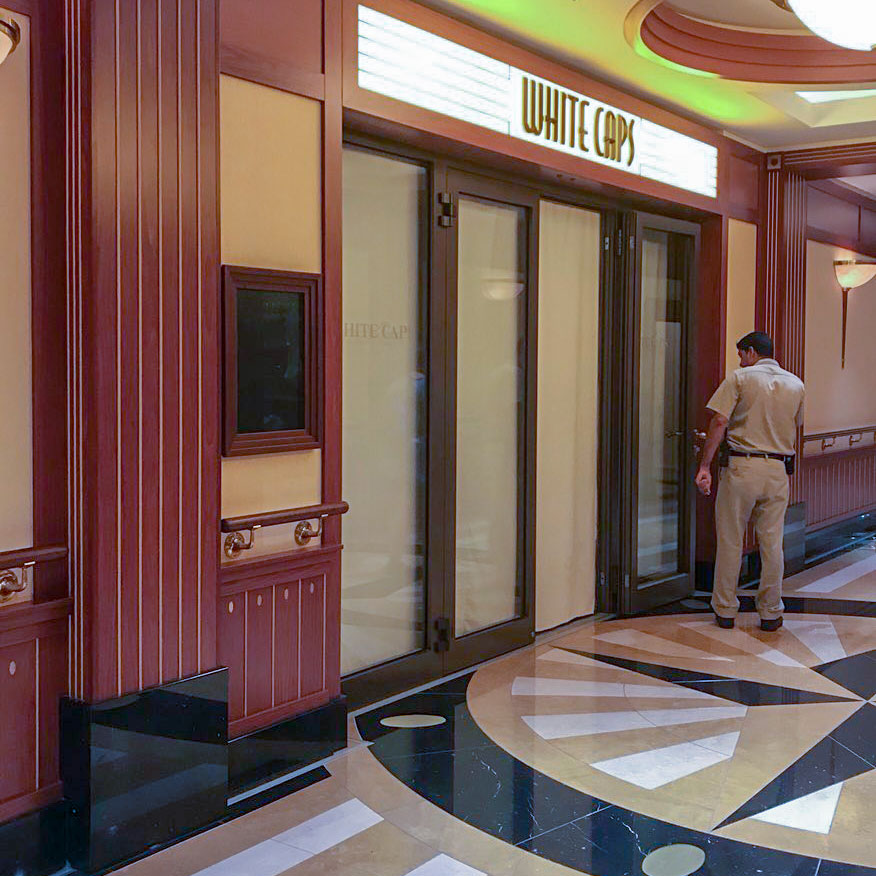 During October and the first half of November, the majority of White Caps remained operational with the remodel was underway with black cloth covering the windows of the mystery remodel. 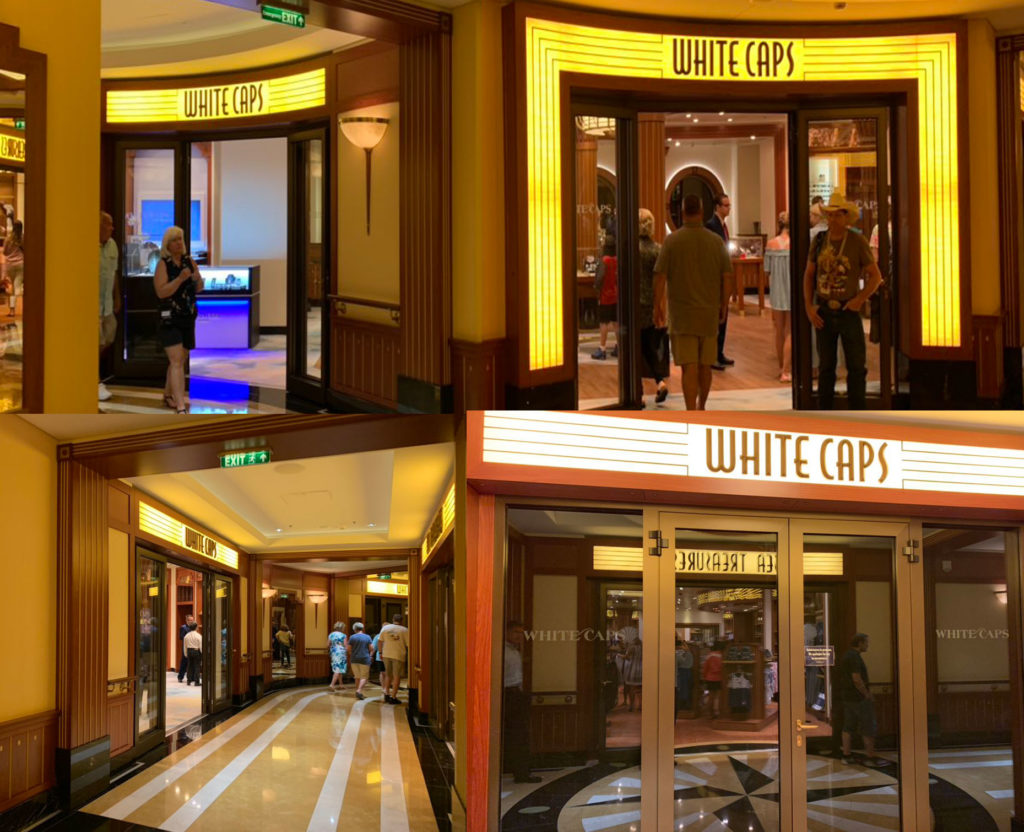 The remodel included the addition of new marble facade emblazoned by the BVLGARI logo making it easy to find while waiting for the Walt Disney Theatre doors to open. A Murano crystal chandelier highlights the interior echoing the grandeur of its Italian heritage. 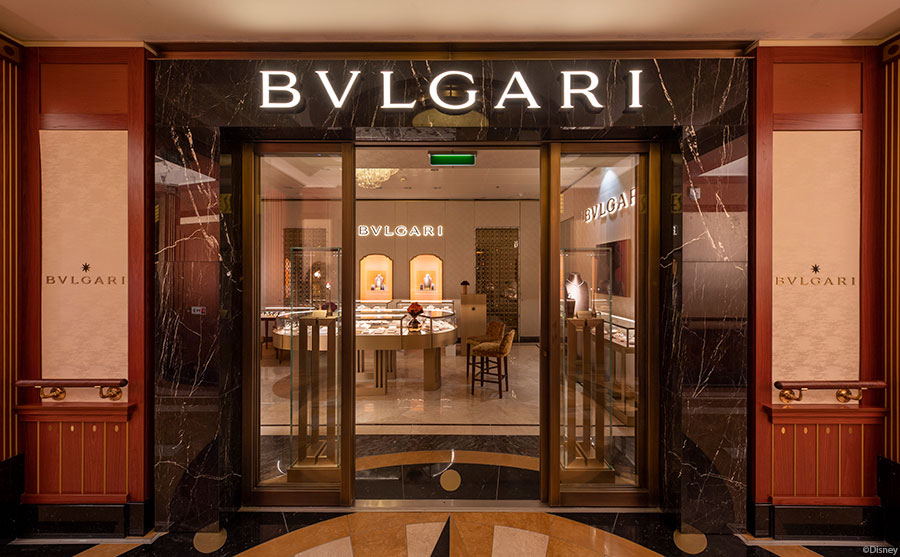 The new BVLGARI boutique features an array of jewelry, watches, silks and leather goods, with items from the brand’s most iconic collections, such as Serpenti, Divas’ Dream, Lvcea and OCTO. 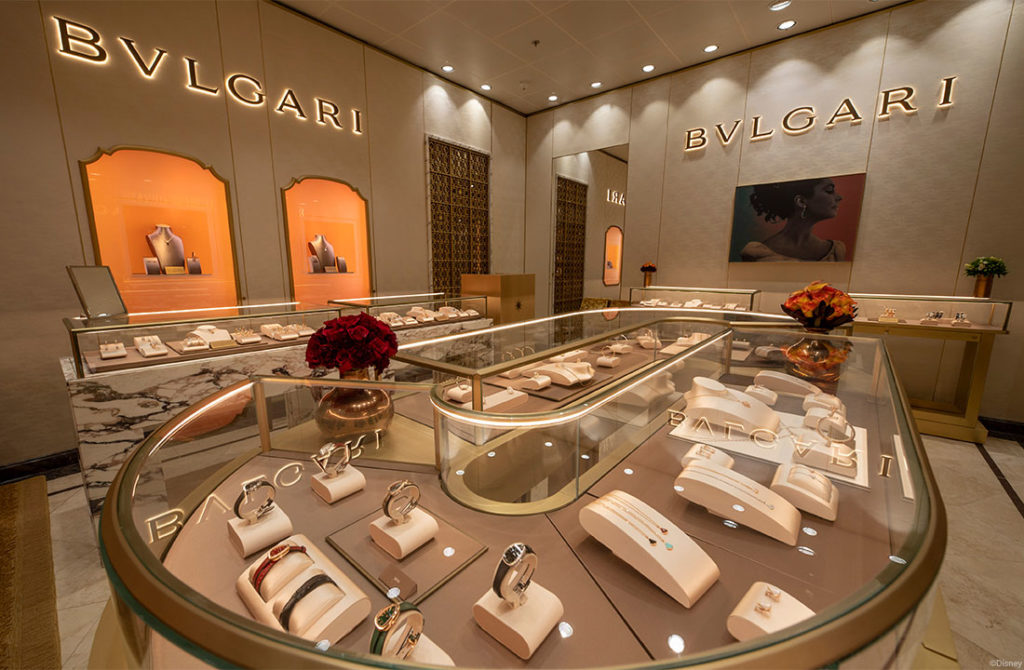 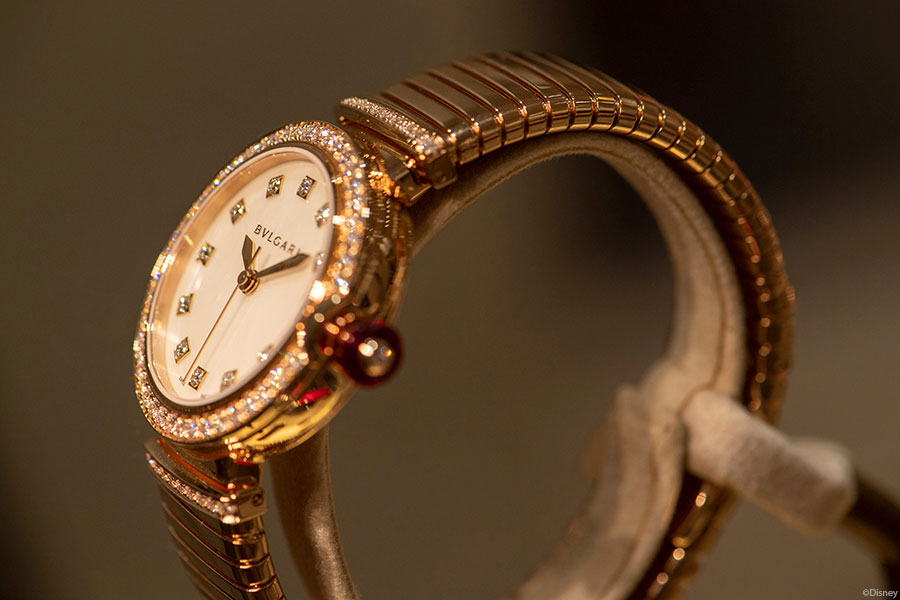 The design of the store from the antique marble framed exterior to the geometric designs and shapes of the store’s interior are all reminiscent of BVLGARI’s historical flagship store in Rome, Italy. 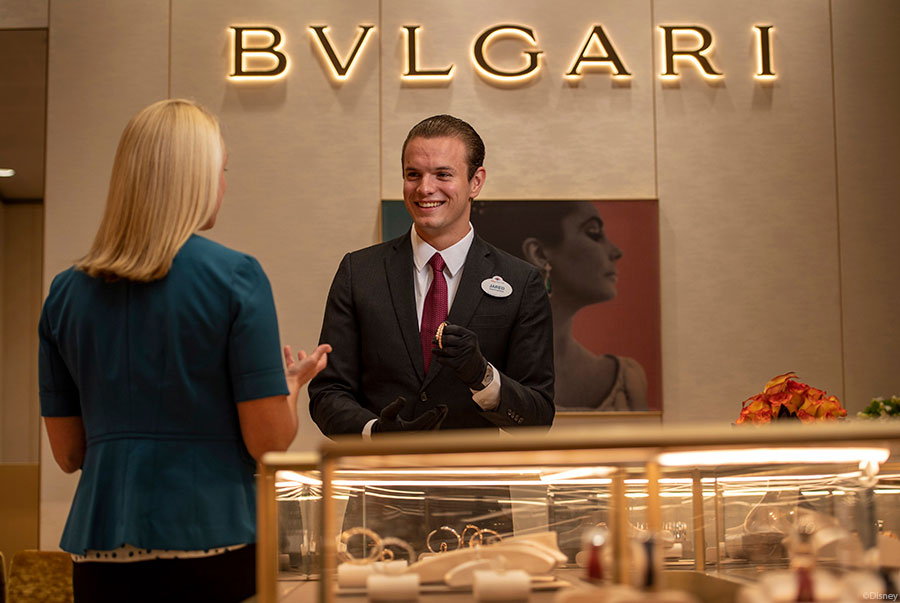 For more on the addition and to hear about some adult experiences onboard check out the Disney Parks Blog post on the BVLGARI addition.

What do you think about the addition of BVLGARI to the Disney Fantasy? What would you like to see added in the future and on the new cruise ship builds?

8 Replies to “BVLGARI Boutique Opens on the Disney Fantasy”