Last week, guests aboard the Disney Wonder’s 7-night Mexican Riviera cruise were treated to a brand-new live event in the Buena Vista Theatre, Disney at Sea with D23! The 30-minute entertainment news show highlights what’s new and what’s next from all of Disney’s wonderful worlds, from theme parks and movies to television, music, and beyond. 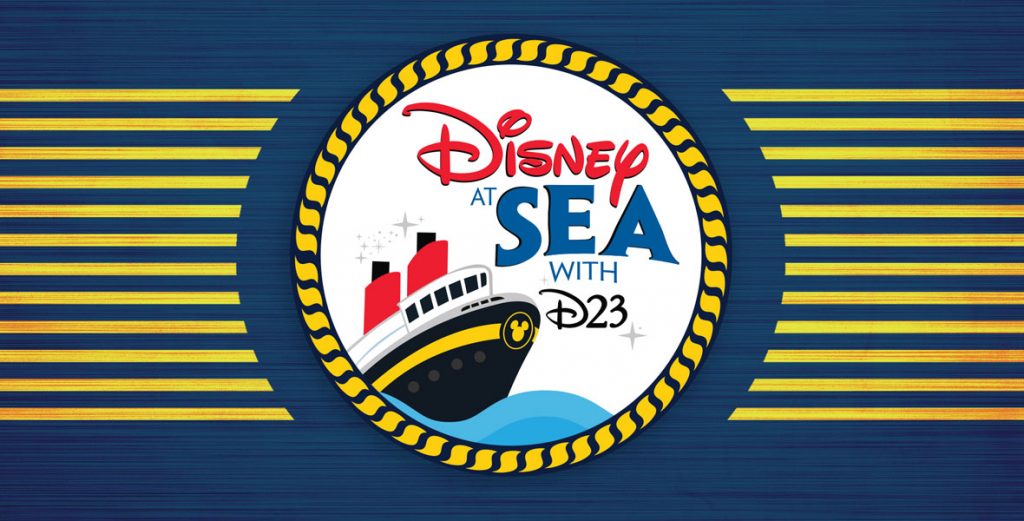 “Our friends at Disney Cruise Line reached out and asked us to develop a show that would take guests on a journey through all the incredible entertainment and experiences coming from Disney, Pixar, Marvel, and Lucasfilm,” says Michael Vargo, head of D23. “It’s thrilling to share all of the exciting news—and our love for Disney—with our guests on the high seas.”

While inside the Buena Vista Theatre, guests watched the new Captain Marvel trailer, heard about how Disney is celebrating Mickey Mouse’s 90th around the world, and saw the latest concept art for Star Wars: Galaxy’s Edge, Disneyland’s Tropical Hideaway, and Tokyo DisneySea’s upcoming expansion. Plus, guests heard about all the ways Disney is celebrating the anniversaries of Hocus Pocus and Tim Burton’s The Nightmare Before Christmas – including D23’s Fanniversary!

D23 announced the show will be updated every month with new content, so Disney fans can get the scoop on all the excitement coming to Disney.

Plans are to hold the show on every cruise, and the presentation is scheduled to take place on virtually every itinerary, rolling out soon to all ships in the Disney Cruise Line fleet.

Check your Disney Cruise Line Navigator when you get on board for more details, and we’ll sea ya real soon!

The show officially debuted aboard the Wonder during a day at sea on Monday October 8, 2018 at 1:45 PM. 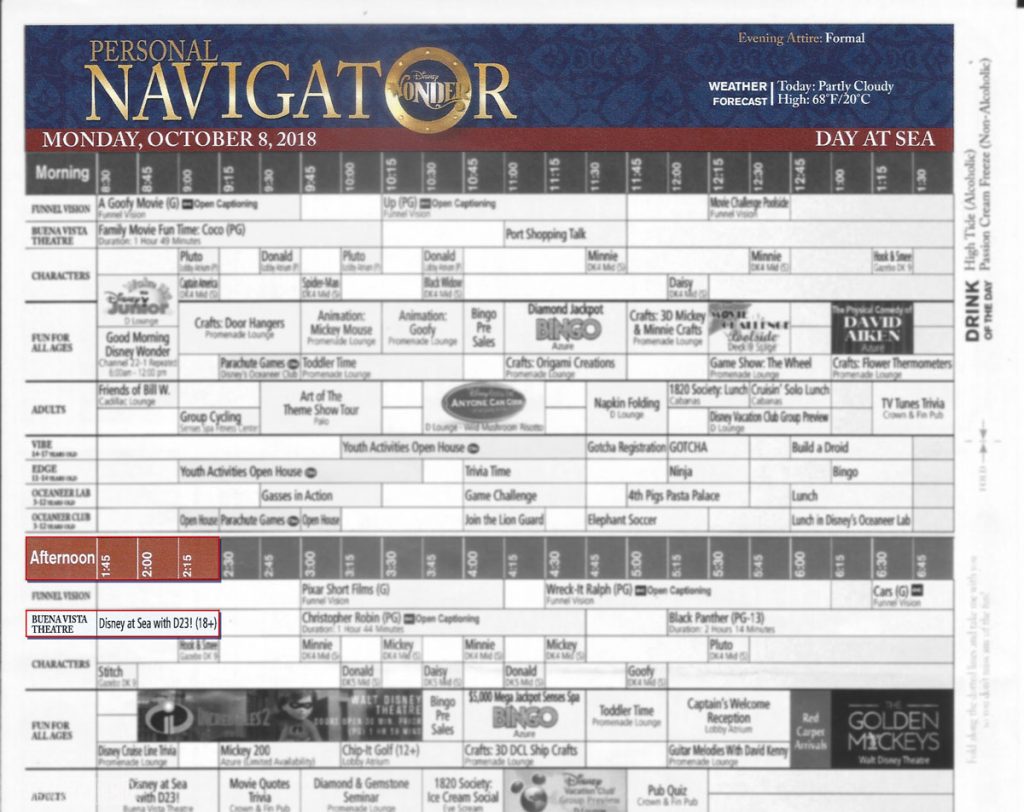 It was not yet on the Disney Dream as of Friday’s sailing. The only special we noticed in the Buena Vista Theater was a preview for The Nutcracker and the Four Realms. So, let us know in the comments what you thought of the Disney at Sea with D23.

2 Replies to “Disney at Sea with D23! Debuts on the Disney Wonder”