For the second consecutive week, the Disney Fantasy must alter it’s current 7-night Eastern Caribbean cruise swapping Tortola for a Tuesday call in St. Maarten. The itinerary change was a result of a decision made by a the British Virgin Islands’ Premier and Minister of Finance, Honorable D. Orlando Smith on Friday August 11th following heavy and in some instances destructive rains resulting from a tropical wave that passed over on August 7th. 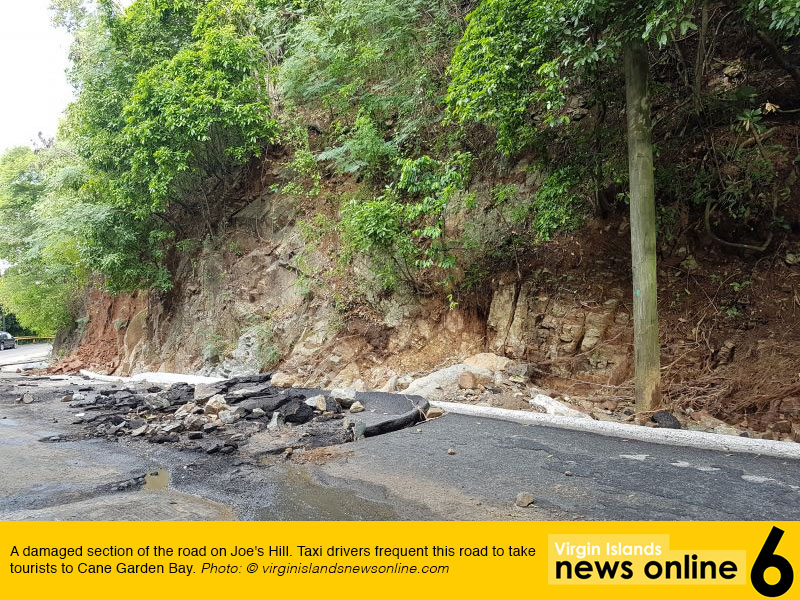 “The Government of the Virgin Islands after careful consideration and consultation with the Recovery Advisory Group and industry stakeholders determined that two cruise ship calls scheduled for August 15 and 16 would not take place.” – Premier Smith in a statement late Friday, August 11, 2017 via virginislandsnewsonline.com

The primary reason for the cancelation of this week’s two scheduled cruise ship calls (the other being from Norwegian Cruse Line) stems from damaged roads that are used to transport passengers to certain excursions. Premier Smith expects the cleanup to be completed quickly and is looking forward to welcoming the Disney Fantasy back to Tortola for her next scheduled call on August 30, 2017 during the 2017 Disney Vacation Club Members Cruise.

Rum Sand and Sea Limited shared the following letter from the BVI Government declaring the cancelation of the ship calls on August 15th and 16th. 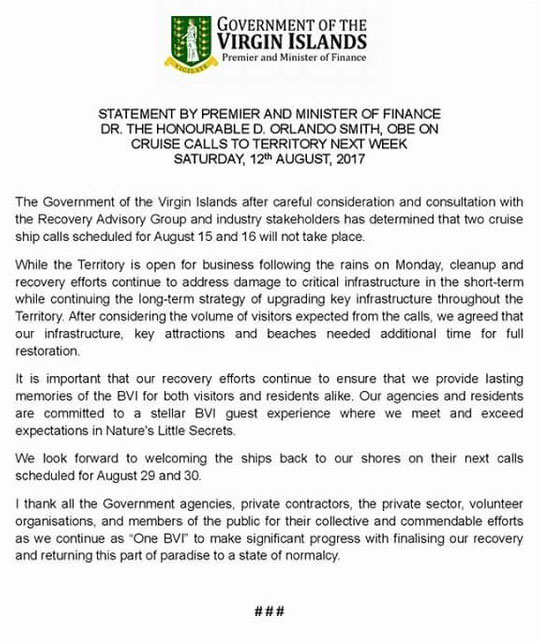 Last week’s 7-night Western Caribbean cruise aboard the Disney Fantasy was altered to spend an extra day at sea rather than visit Cozumel in order to avoid the early stages of Hurricane Franklin.

Special thanks to @Dustin2008 for alerting me to the itinerary change.