The Disney Fantasy departed Port Canaveral on Saturday, April 29, 2017 without any passengers for the first time since entering service in 2012. The Disney Fantasy arrived in Freeport, Bahamas for a nearly three week dry dock. This is the first ever dry dock for the Disney Cruise Line’s youngest ship. 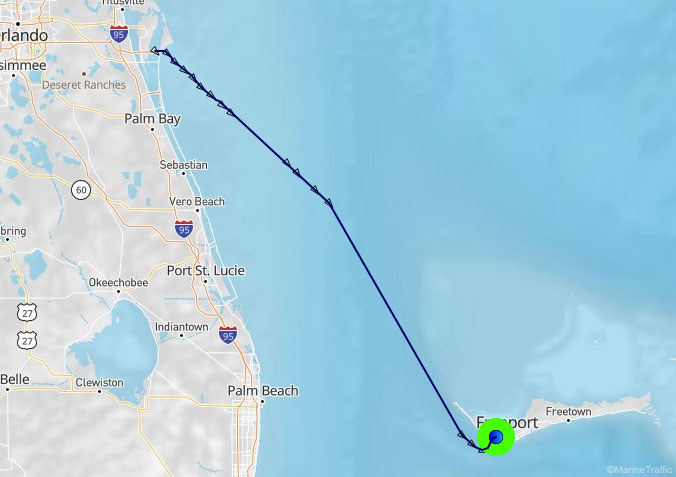 Disney previously announced enhancements including the installation of two popular Disney franchises Star Wars and Marvel and new onboard shopping venues such as an ice cream emporium, Sweet on You as well as the jewelry story, Tiffany & Co which will take the place of the Vista Gallery off the atrium according to updated deck plans.

The new enhancements will debut on Disney Fantasy starting May 17, 2017 from Port Canaveral, Fla. The first sailing is a unique itinerary for the Fantasy as it will be a 3-night Bahamian voyage with two scheduled stops at Castaway Cay. Beginning on May 20, the Disney Fantasy will resume a regular sailing schedule that includes 7-night voyages alternating between the Eastern and Western Caribbean with a 10- and 11-night Southern Caribbean cruises in June.