The Disney Wonder is nearing the end of her time at the Navantia dry dock in Cadiz, Spain. While on vacation last week, Jorn Jokker was able to capture a number of interesting photos of the Disney Wonder from a public park near the shipyard. 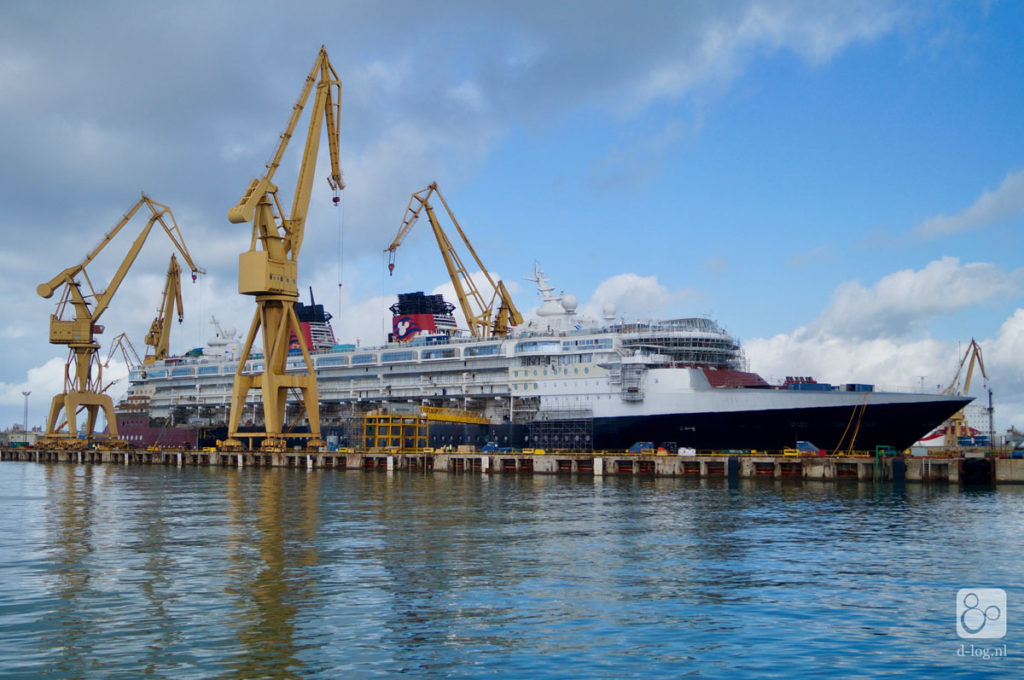 The bow is receiving a few coats of Monica Blue before the scroll work and superstructure receive coats of Mickey Yellow and white. 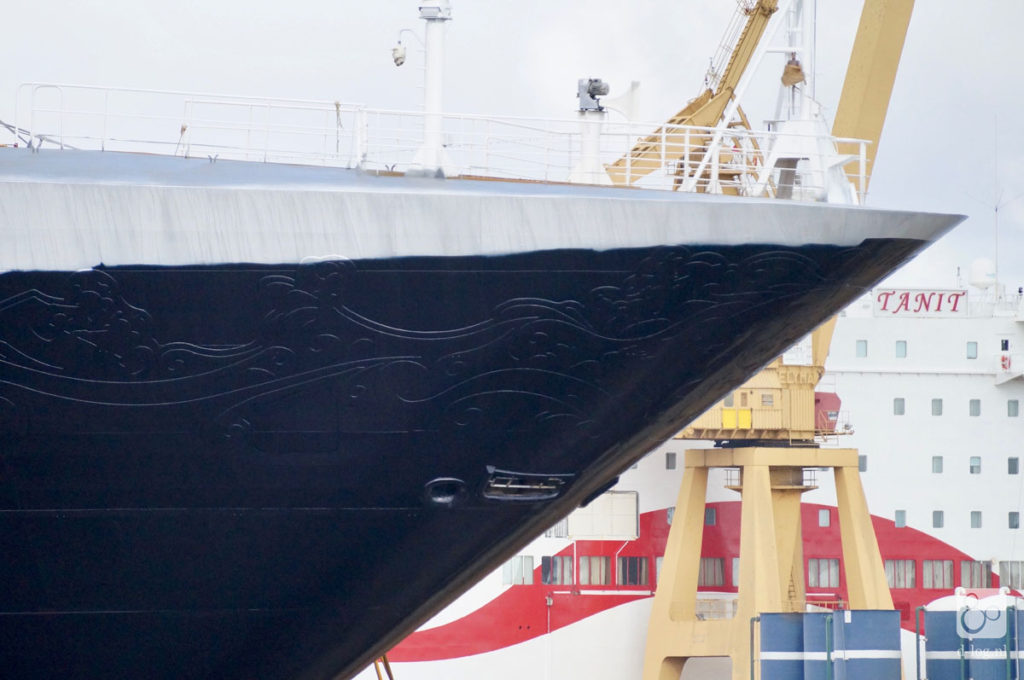 Scaffolding extends around the bridge and Senses Spa & Salon. 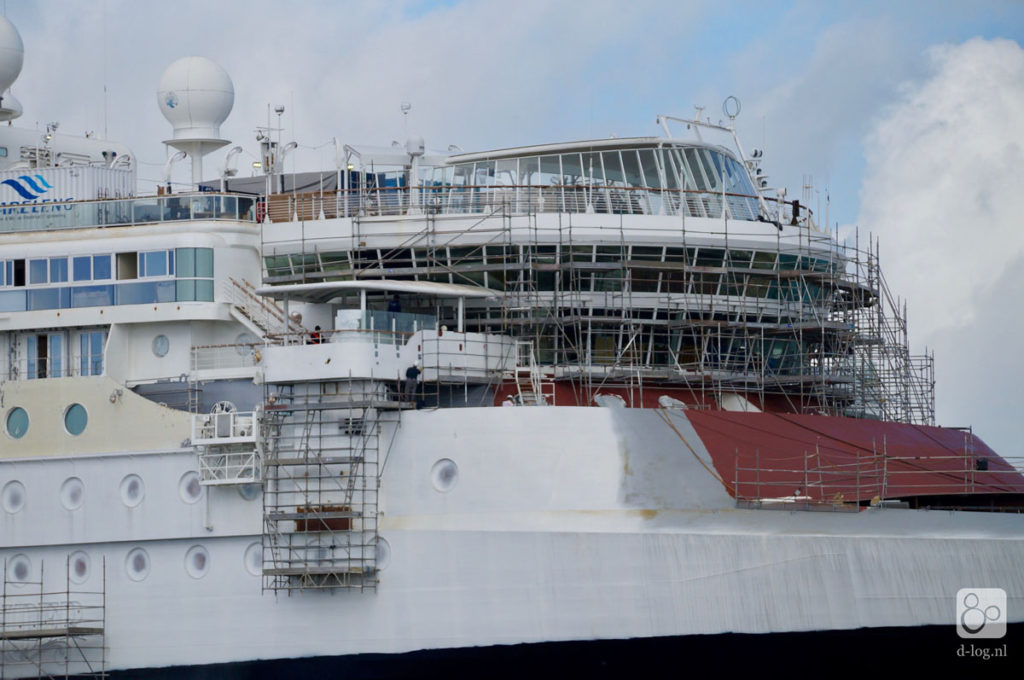 In the following photo from Jorn, you can see what appears to be a concierge sundeck being added above the Outlook Café. 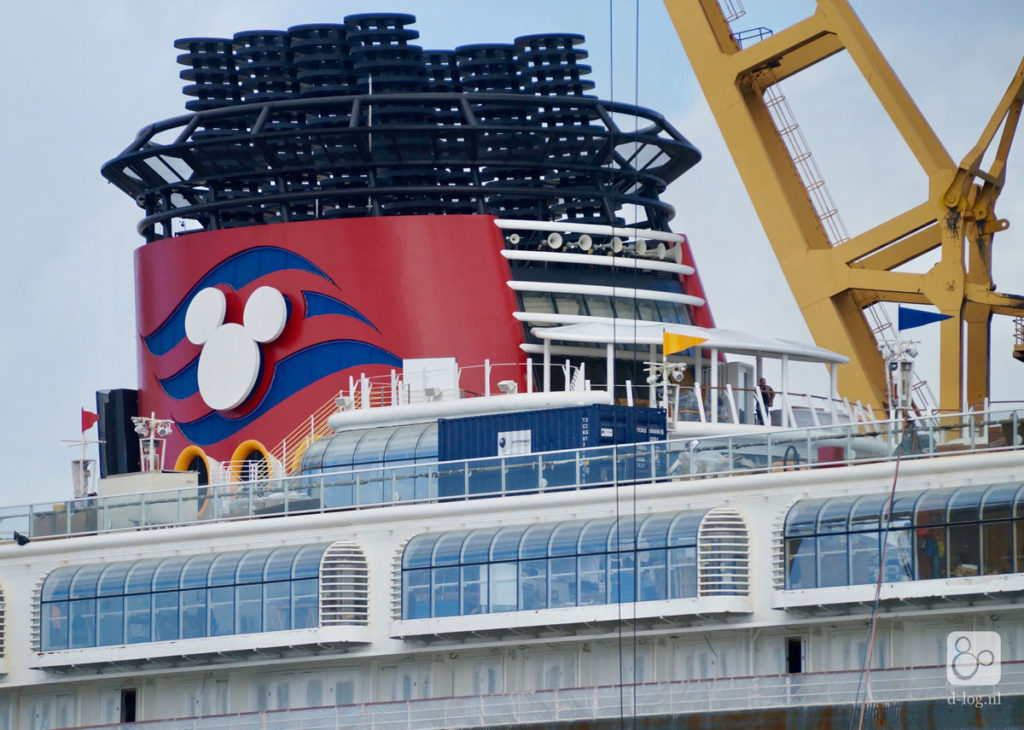 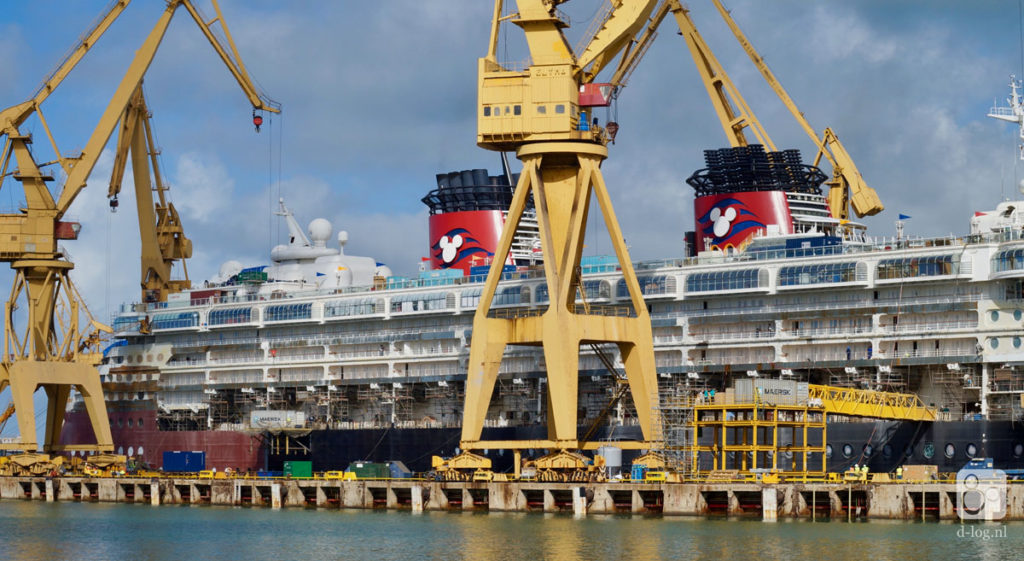 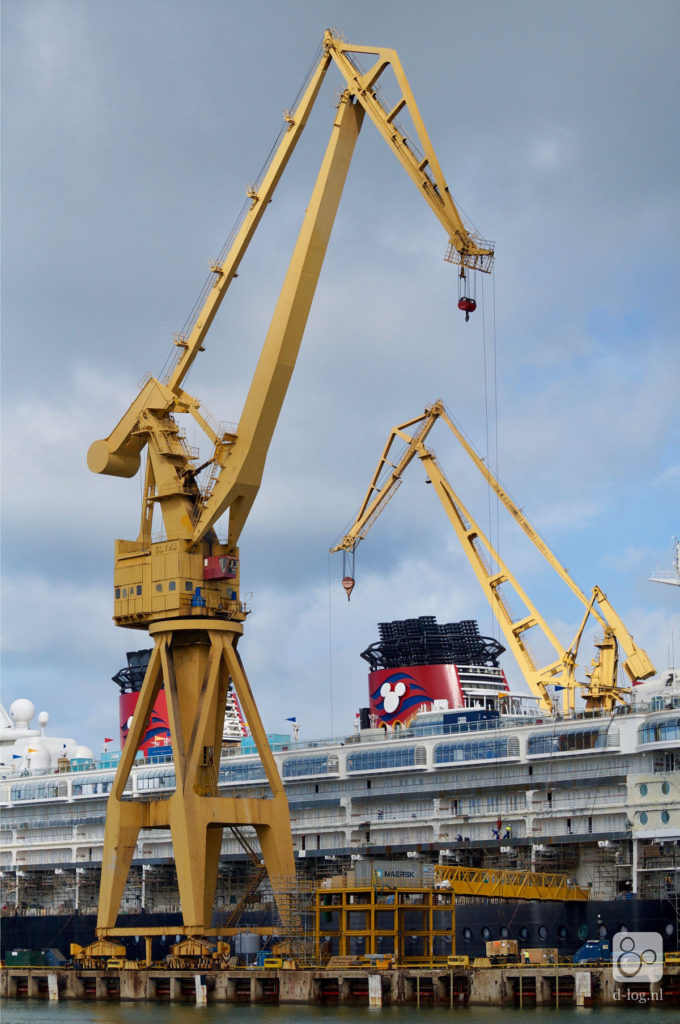 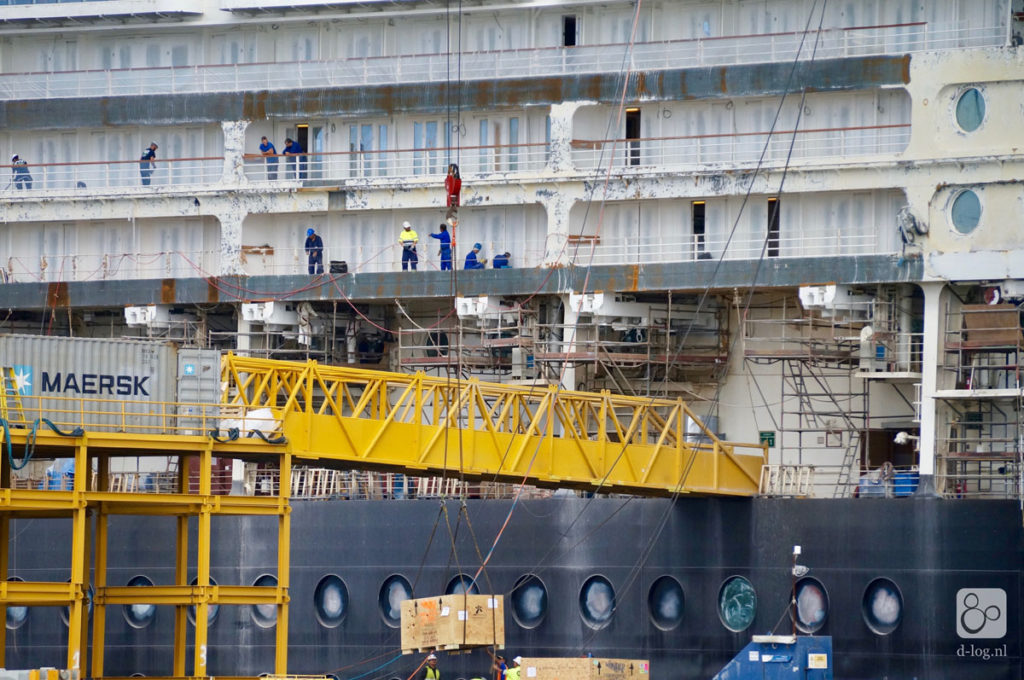 The stern awaits primer and paint. 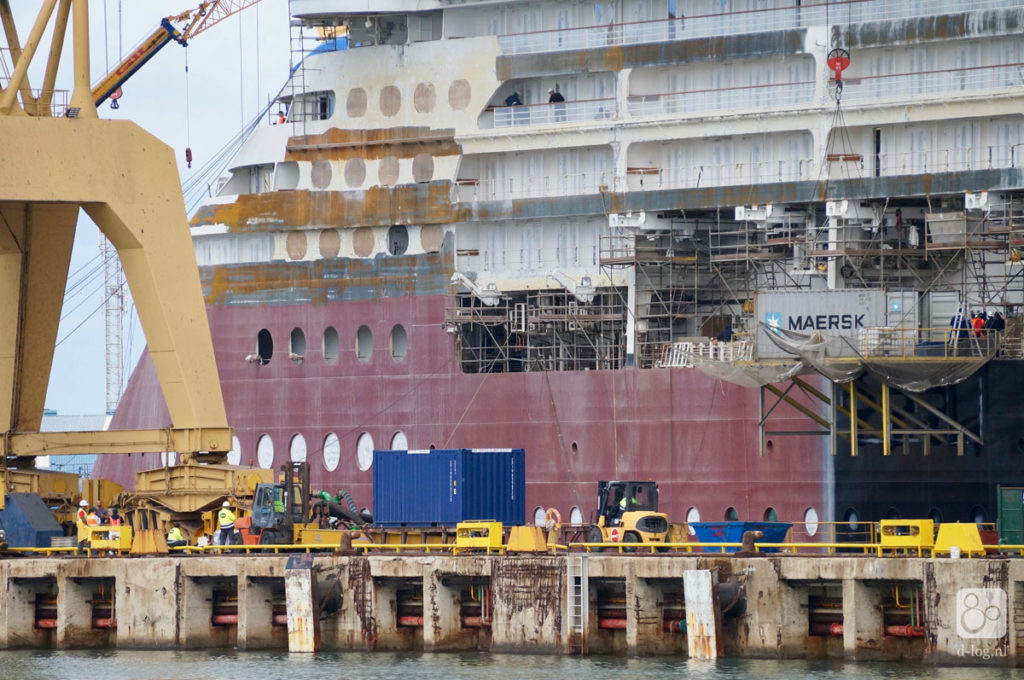 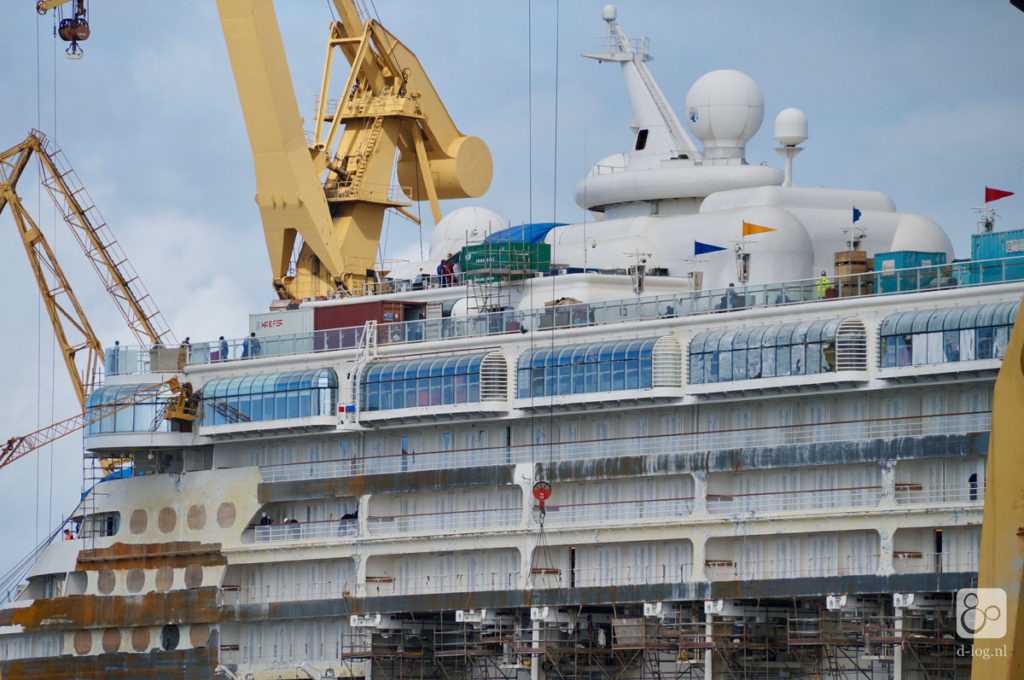 I cannot recall if I shared this on the site, but below is a tweet showing the ducktail and the removal of deck 7 aft to allow the installation of another generator and the extension and transformation of Beach Blanket Buffet to Cabanas. 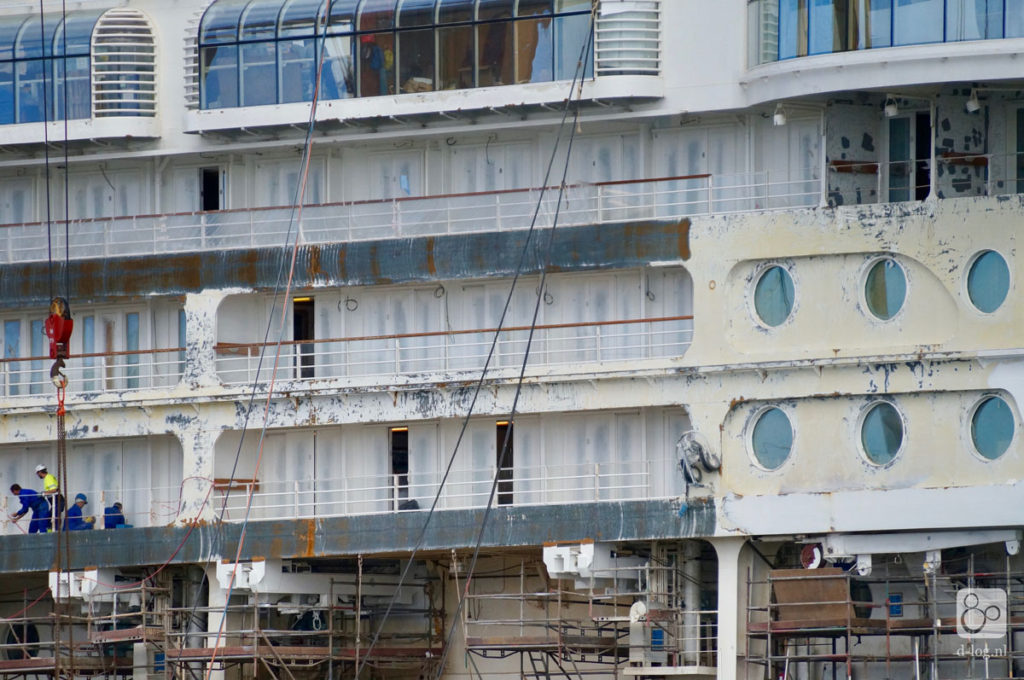 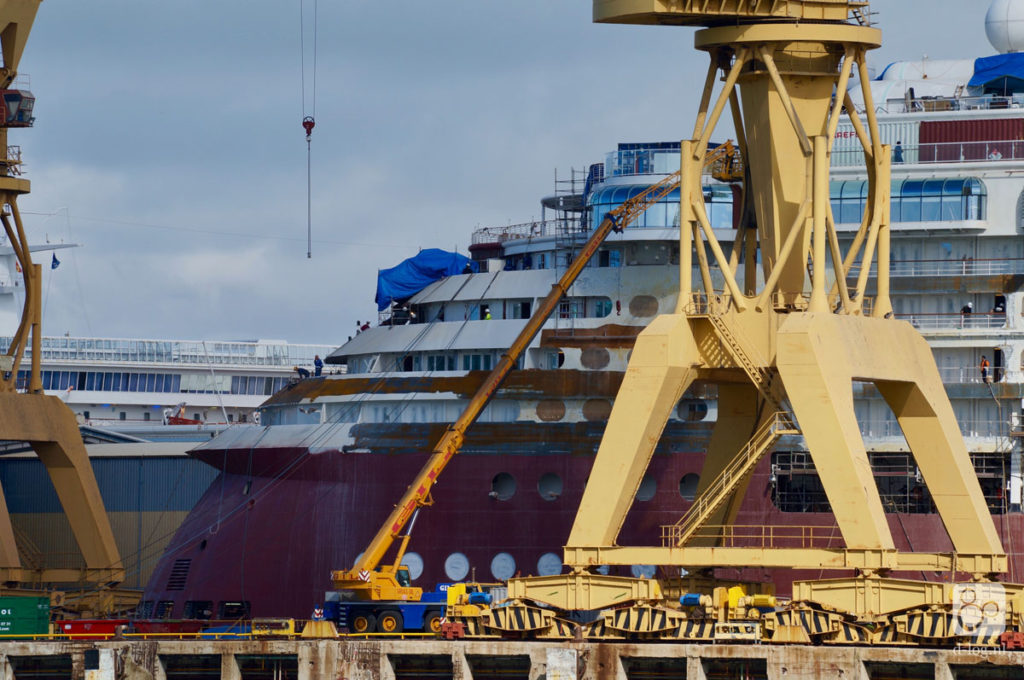 A look at the new Twist N Spout slide that is being added as part of the new AquaLab replacing the Mickey Pool. 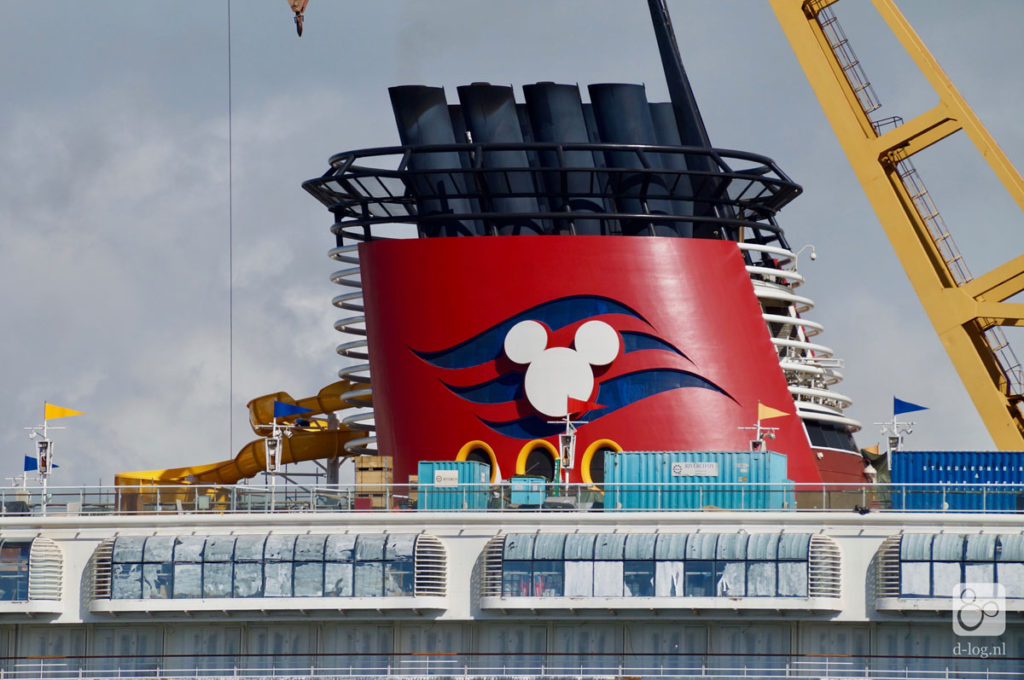 While Jorn was taking photos, contractors were beginning to re-install the fiber optic letters on the starboard Disney Wonder name plate. 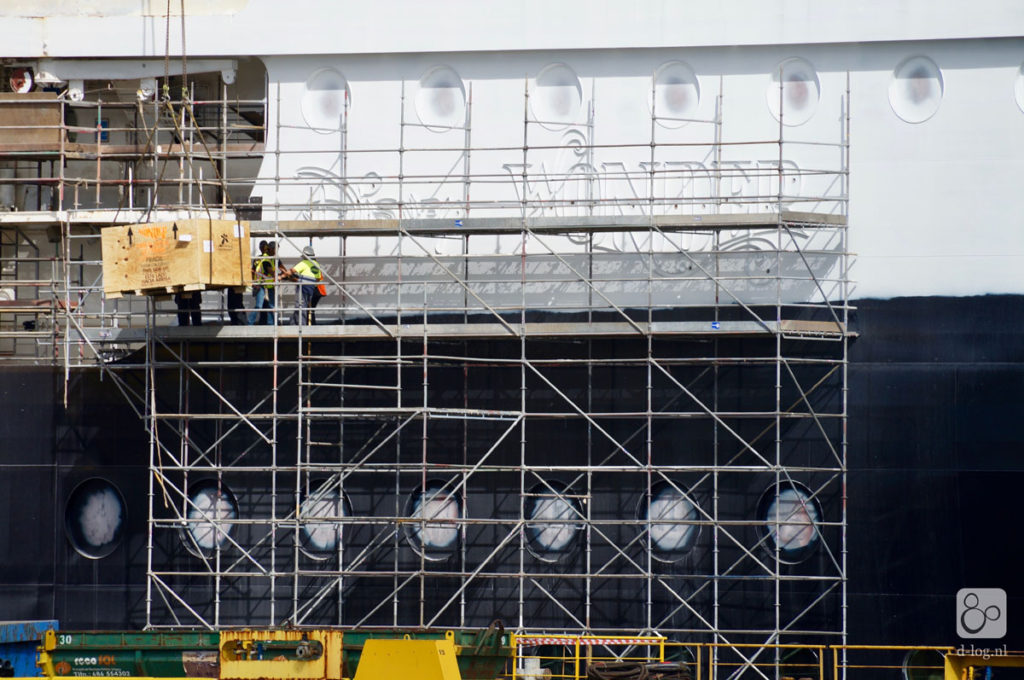 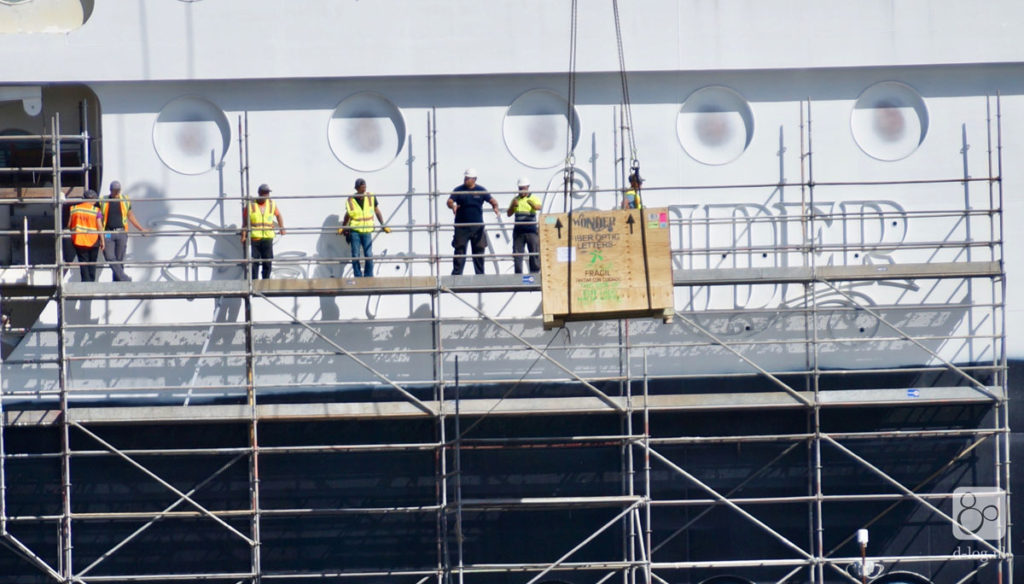 I’d like to thank Jorn for sharing these photos and I encourage you to check out his website with some additional shots of the Disney Wonder.

The Disney Wonder has about one more week in Cadiz, before she is reintroduced to the sea and sets a course on her second Westbound Transatlantic voyage across the Atlantic with work continuing into early November.