The Walt Disney Company reported their earnings today for the first quarter (Q2) of fiscal year 2016 which ended on April 2, 2016.  According to earnings report, Disney is very pleased with our overall results in Q2, which marks the 11th consecutive quarter of double-digit growth in adjusted EPS. Robert A. Iger, went on to say the Studio’s unprecedented winning streak at the box office underscores the incredible appeal of our branded content, which we continue to leverage across the entire company to drive significant value. Looking forward, Disney is thrilled with the Studio’s slate and tremendously excited about the June 16th grand opening of the spectacular Shanghai Disney Resort.

The Parks and Resorts segment (which includes Disney Cruise Line) saw revenue increase for the quarter 4% to $3.9 billion with income up 10% to $624 million. Disney’s stock closed today at $106.60. Disney’s stock is down in after-hours trading after reporting the Q2 2016 earnings and revenue which fell short of analysts’ expectations.

During the webcast, it was announced that Disney Cruise Line set a record second quarter due to higher ticket fares and higher onboard spending.

Our cruise business, set new second quarter records in revenue and operating income. Driven by higher ticket pricing and onboard spending. Disney Cruise Line continues to be a market leader in innovation, creativity and guest service. The business achieved record financial performance in 2015 and that strength continues in fiscal 2016 with Disney Cruise Line generating its best first half ever. During the second quarter we announced plans to build two additional ships that will be completed in 2021 and 2023. Our decision to expand the fleet was driven by the outstanding guest response to our product in a business which we have a strong competitive advantage and where we believe we drive attractive returns on investment. – Christine McCarthy, Senior Executive Vice President and Chief Financial Officer

Higher operating income at our domestic operations was due to guest spending growth, partially offset by higher costs. The increase in guest spending was due to higher average ticket prices at our theme parks and cruise line, increased food, beverage and merchandise spending and higher average hotel room rates. Cost increases were due to labor and other cost inflation and higher depreciation associated with new attractions. Attendance at our domestic theme parks was relatively flat, as an increase at Disneyland Resort was offset by a modest decrease at Walt Disney World Resort.

CNBC is confirming Disney took a $147 million charge to cancel its sagging Infinity video game line. It will be interesting to see what Disney Cruise Line does as a result of the discontinuation of the Disney Infinity line. This could have a direct impact to the brand new Disney Infinity space in the Disney Dream’s Oceaneer Club. 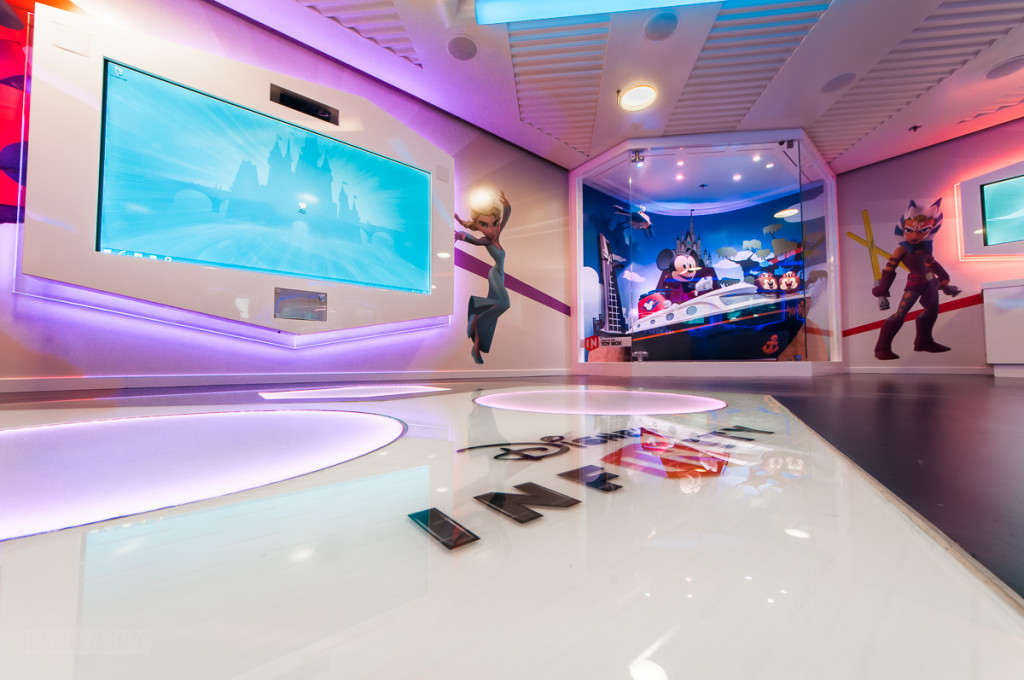 By now you may have heard the news that we have made the difficult decision to discontinue production of Disney Infinity. From the beginning, Disney Infinity was built for you—our fans—and I wanted to take a moment to thank you not just for your support over the years, but for creating a community that made Disney Infinity more than just a game.

Our goal for Disney Infinity was to bring the best of Disney storytelling to life in homes around the world, and with your support we accomplished that. We hope you had as much fun playing the game as we had making it.

So what’s next for Disney Infinity? We have two final retail releases coming, including three new characters from Alice Through the Looking Glass later this month, and the Finding Dory Play Set launching in June.

And as we turn to the next chapter in our story, I want to thank everyone who helped bring Disney Infinity to life, particularly Disney’s Glendale-based production and publishing teams, our external development partners, and of course the incredible Avalanche team for their tireless dedication to this project.

But most of all, I want to again thank you for making Disney Infinity a part of your lives—and for adding to the Disney legacy by being a part of this community.

We will update this post if there are any cruise mentions in the 5PM conference call.

For more information and an overall report click over to the Q2-2016 Earnings Report.