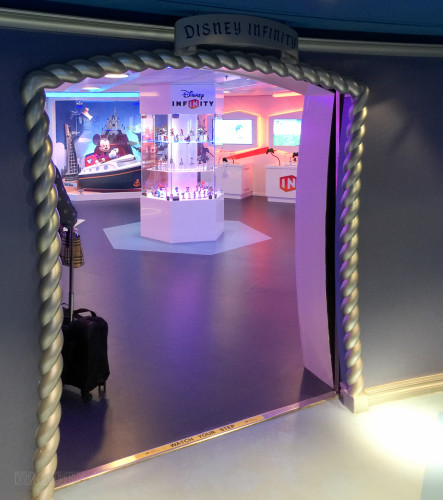 Since the launch of the Disney Dream, this space had been the Monsters Inc. room. 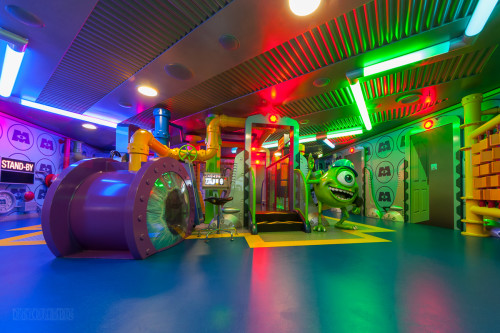 The room’s ceiling and walls are white, it gives off a sterile laboratory vibe or better yet — Animator’s Palate, but quickly comes to life with dynamic lighting painting the blank canvas. One wall features a large HDTV with a life-size Disney Infinity base on the floor allowing children to interact with the game on screen. 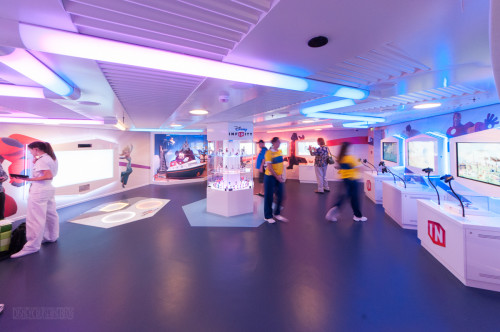 The interactive experience is reminiscent of the Becoming Ironman experience on the Disney Magic where you are shown on the screen with overlays of the particular character. By moving around, you control your character on the screen.

The other three walls of the room have individual X-box stations set up to play Disney Infinity. 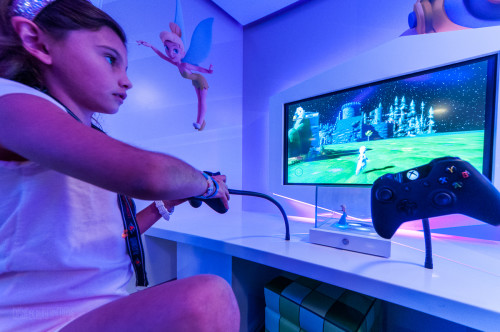 The space is fully stocked with all the Disney Infinity characters which are stored in a nice locked, glass display case that will require constant Windex-ing. 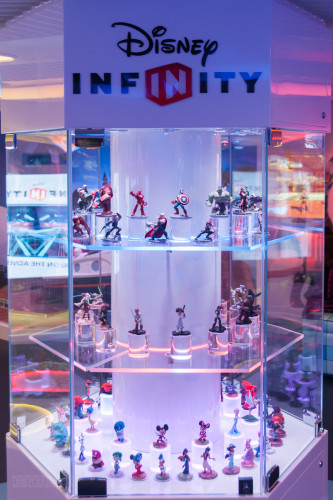 When a child requests to play with a specific character, the figure is swapped out by a Youth Activities Counselor. The  Disney Infinity figure is placed on the base in a locked box located at each game station to limit the spreading of germs from all the kids handling the figures. It is not obvious by looking around the room, but there is a back stock of Disney Infinity figures in the game station cabinets in the event more than one child wants to play the same character. 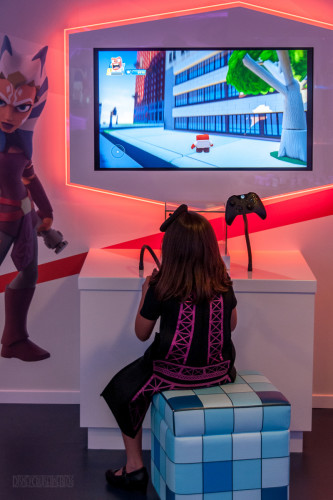 In the back corner of the room, is a Disney Infinity big figure of a Disney Cruise Line ship with Mickey Mouse at the helm. 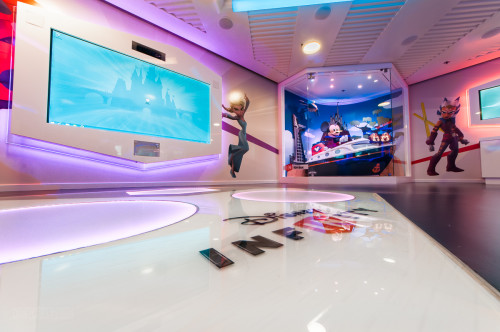 This display area even has a version of Rocket Raccoon from Guardians of the Galaxy. 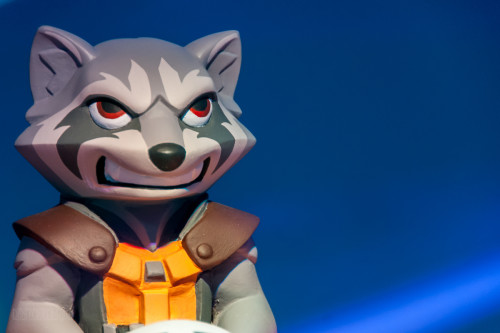 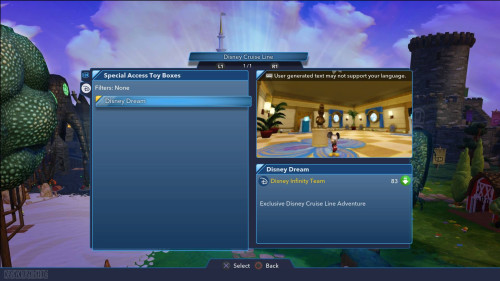 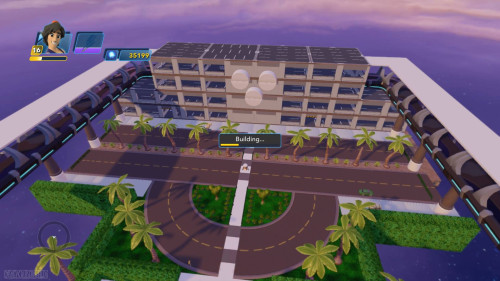 The interior of the Port Canaveral cruise terminal is included with a Disney Infinity ship model in place of the Disney Magic. 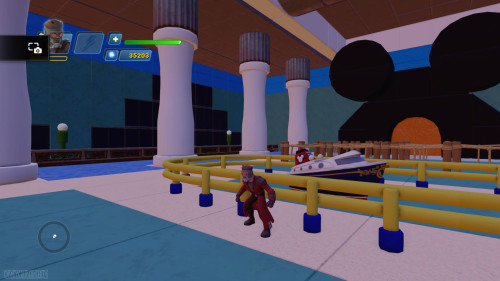 Once onboard you can explore the Disney Dream’s atrium, upper decks and other areas. 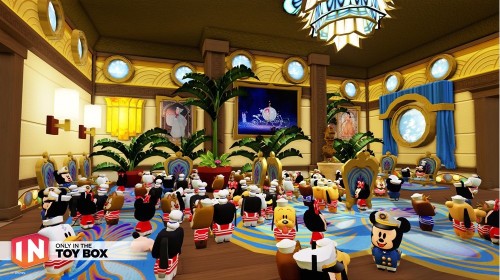 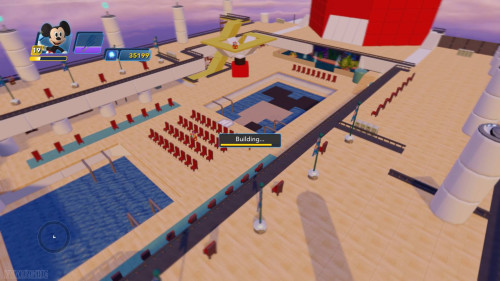 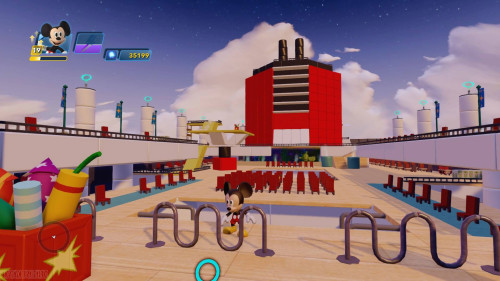 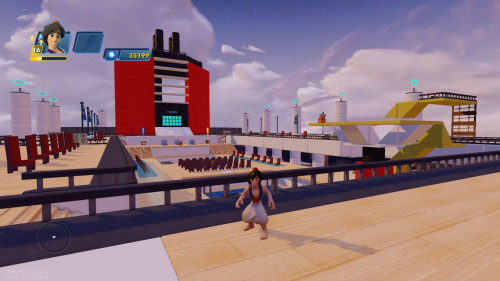 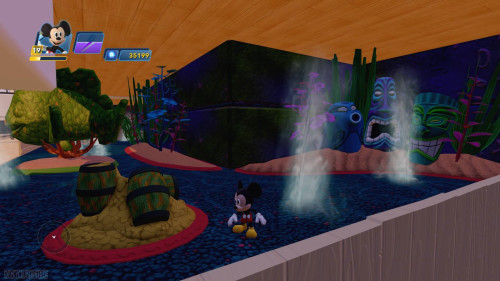 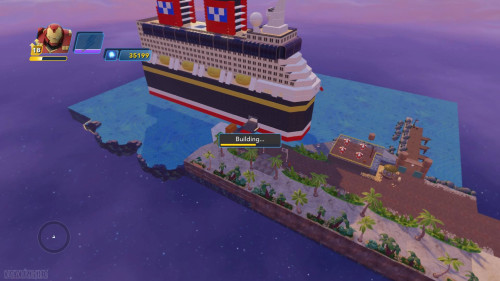 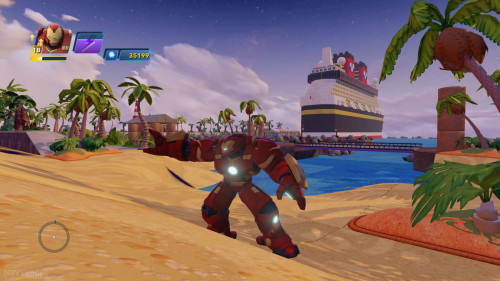 I would also expect a rash of adults with older kids, or none at all looking for a way to acquire a Oceaneer Band to unlock the special Disney Cruise content at home. In fact, DCL here is a free idea… Sell something in the gift shops for those who do not have kids between 3 and 12 that can get an Oceaneer Band.

The Disney Dream’s Oceaneer Club’s Disney Infinity play area should make for an awesome and memorable cruise experience for the target demographic. Our daughter enjoyed the space and found playing with other kids to be really fun (and this is from a child who maybe plays our Wii six times a year if that).

I will admit I was a bit harsh on the Disney Infinity area in my day 1 trip log. The Disney Infinity area was extremely popular with kids. Each time I stopped in the Oceaneer Club to pick up my daughter, there were kids waiting for their turn at one of the game station’s controllers. However, there is no doubt in my mind this new space will be a great marketing tool for Disney Infinity and I would expect that Disney Cruise Line will see some added sales each cruise with an increase in Oceaneer Band sales.

12 Replies to “First Look at the New Disney Dream: Disney Infinity Play Area in the Oceaneer Club Plus Unlockables”