Here are a couple videos Malcolm Simpkins recorded on October 1, 2015 from his verandah as the Disney Fantasy was attempting to male he way back to Port Canaveral. Malcolm reported the Disney Fantasy encountered Hurricane Joaquin’s outer wind bands which were producing 70mph winds.

We received the a similar video this of the Disney Fantasy sailing during this time from Jeremy T.

Malcom was kind enough to share a copy of the letter regarding the Disney Fantasy’s “technical challenges”. The letter did not mention any specifics, but there have been reports that one of the five engines failed on Friday. 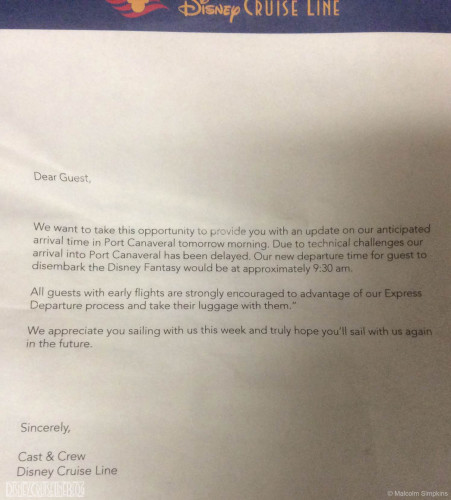 The following are some photos of the stateroom TV map showing the Disney Fantasy’s position October 1 – 2, 2015. The most interesting image compares the normal route sailed to the alternate route near Cuba. 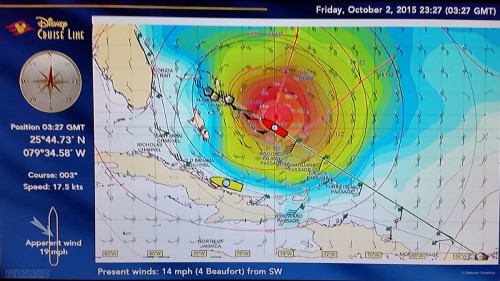 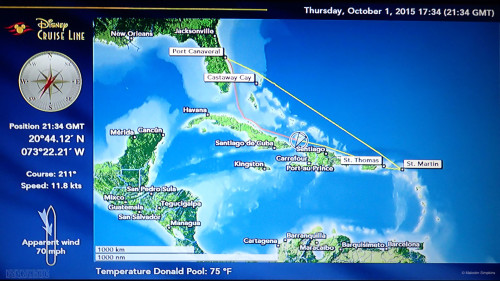 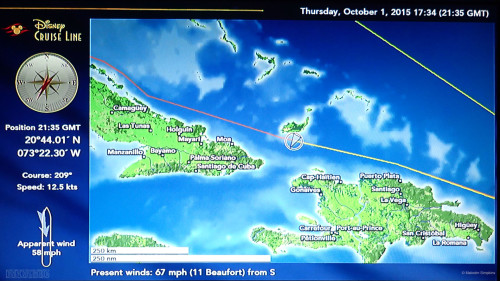 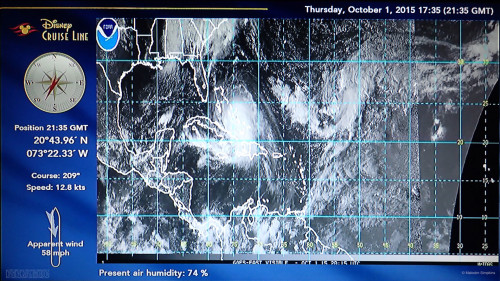 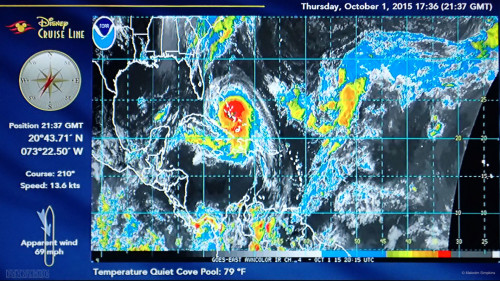