UPDATE: October 2, 2015 | Much calmer aboard the Disney Fantasy

The Disney Fantasy moved within range of terrestrial AIS receivers was was visible on the MarineTraffic.com map shown below. 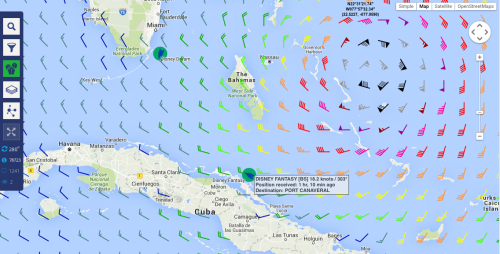 As you can see from the map, the Disney Fantasy is finally out of the heavier winds hugging Cuba’s northern coastline. A passenger onboard relayed the following that was shared via twitter. “Thing much calmer! Think we are good now” 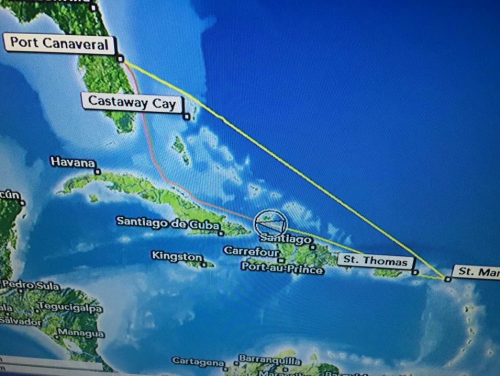 The Disney Fantasy is sailing as close to land as possible to avoid the outer bands of Hurricane Joaquin. Reports from passengers said the conditions are diminishing. Apparent wind reported via the stateroom TV were at 58mph.

The Disney Fantasy’s current 7-Night Eastern Caribbean cruise will be altered to avoid Hurricane Joaquin. As a result of an altered course the scheduled call at Castaway Cay on Friday will be spent at sea according to a tweet shared from a passenger currently onboard.

.@TheDCLBlog My friend, Buffy, just texted me who's on the #DisneyFantasy. They won't be going to Castaway Cay Friday pic.twitter.com/RAb7Cvl3pR

As of Wednesday night, the Disney Fantasy’s destination is set as Port Canaveral. 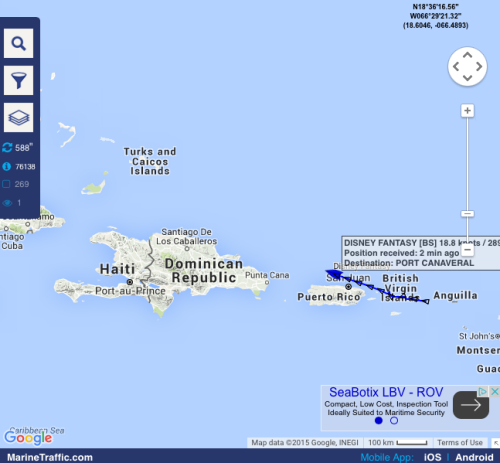