Earlier this month, a reader noticed a few new DCL Star Wars merchandise that appeared on the second day of her week-long Disney Fantasy cruise. Melissa Sinclair was kind enough to email the following photos of the various t-shirts, iPhone cases and other accessories with the Disney Cruise Line and Star Wars logos. There is no question this merchandise is just the beginning of the merchandise guests will find during the Star Wars sailings.

I think the only way you will miss the Star Wars merchandise is if you do not go into the gift shops. 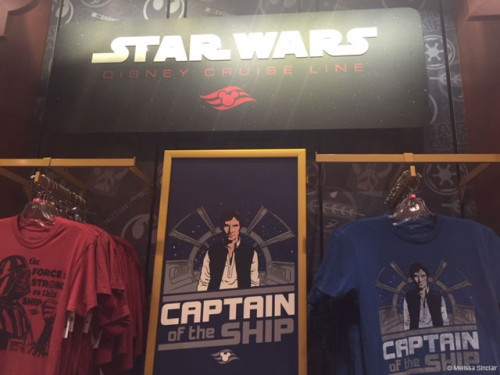 The Voyage Through the Galaxy logo merchandise reminds me of the teaser video DCL created for the upcoming Star Wars cruises aboard the Disney Fantasy. 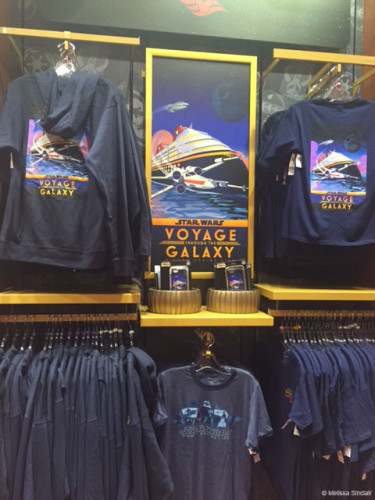 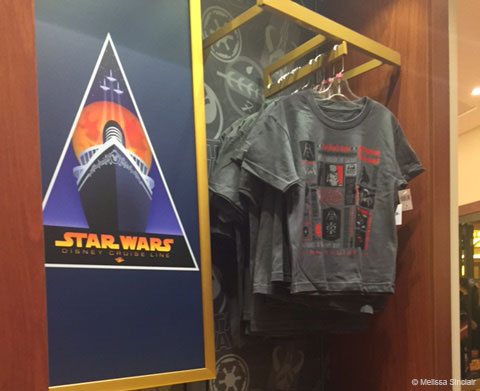 Yoda is featured on the Force is Strong on this Ship shirt. 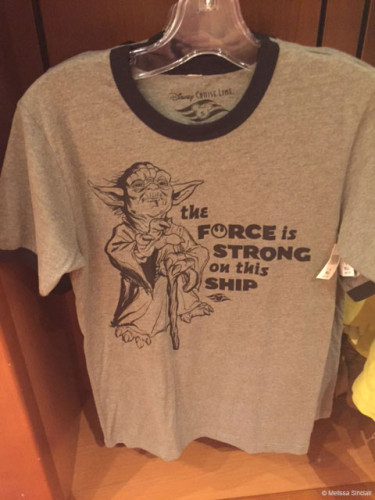 It also looks like Disney Cruise Line plans to add another Captain to their “how many captains are on the ship” trivia question. 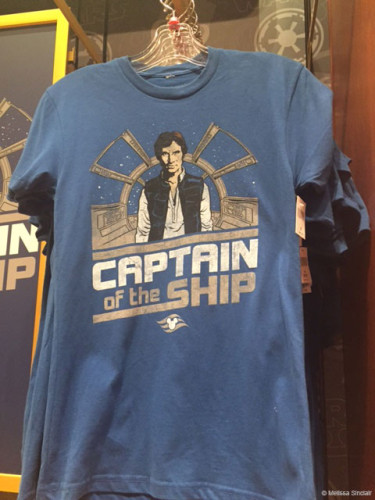 One of the accessories photographed was this black scarf with an anchor design based on iconic Star Wars modes of transportation. 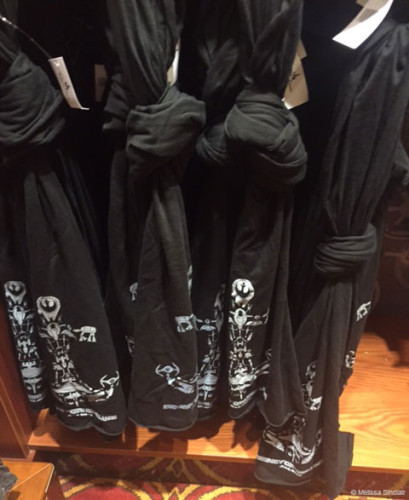 Star Wars Day at Sea will be held on the following 7-Night Western Caribbean Cruises featuring Star Wars Day at Sea from Port Canaveral. The cruise will spend the second day at sea followed by Cozumel and Grand Cayman. Days five and six will be days at sea as the ship heads towards her final stop at Castaway Cay.

As far as I know, the merchandise is limited to the Disney Fantasy. Please let me know if you spot any DCL/Star Wars merchandise on the other ships.