Emotions have long played a role in Pixar films – from toys coming to terms with a growing owner, to a connection between two lovable robots. So naturally, Pixar found a creative way to explore how our emotions shape our personalities from small to major events in our life. Have you ever wondered how we cannot get a certain songs from playing over and over in our head, or the mysterious brain freeze? Well, consider Inside Out the documentary on how your mind really works. I’m sure in years to come it will be common place in children’s health classes around the world. 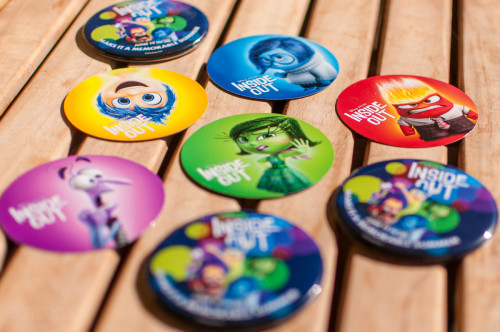 For the most part, Inside Out is set in Riley Anderson’s mind where her emotions Joy, Sadness, Fear, Disgust and Anger work mostly in concert to keep the 11-year old happy. Well, that is until she and her parents move from Minnesota to San Francisco for her father’s new job. This major life changing event complete with new home and stress surrounding the big move cause Riley’s emotions to take an unexpected journey through her mind. During this journey, we as viewers get to see some interesting locations such Imaginationland, Dream Studios, and long term memory where we are introduced to the instantly lovable Bing Bong, Riley’s imaginary friend. 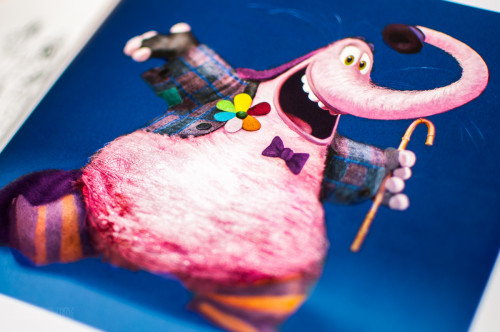 That is about all I will say with regard to the journey that continues to unfold. Depending on how your emotions work, I would consider taking a few tissues with you.

The Inside Out score by Michael Giacchino is quite cerebral (sorry, I couldn’t resist). The soundtrack clocks in a 60 minutes with 24 tracks. The score has proven to be a good as background music with a mix of mellow to help you concentrate with some upbeat tracks to give your brain a much needed break. There is a hidden gem on the soundtrack. The last 12 seconds of The Joy of Credits (track 24) includes a jingle that I must caution you will get stuck in your head. One bit of music featured in the film is not included on the soundtrack, but for most Disney music fans it is already part of your theme park audio collection. Inside Out is Giacchino’s third major score of the summer following Tomorrowland and Jurassic World. By the way, that 12-second bit of addictive audio is already on my phone as a ringtone.

If you are familiar with the Disney ‘Art of’ book series, you will more than likely expect to find some interesting tidbits in The Art of Disney•Pixar Inside Out, but this publication is a major departure from the others in that it is filled with just artwork and basic captions. The forward by Amy Poehler and introduction by Pete Docter are informative, but based on prior publications falls short of expectations.

The Art of Inside Out proves to be a better companion book after seeing the film than a lead up. If you are looking for a true exploration of the story development process, then this is not the book for you. If you like to see concept artwork that went into making this film then, you should definitely buy the book. 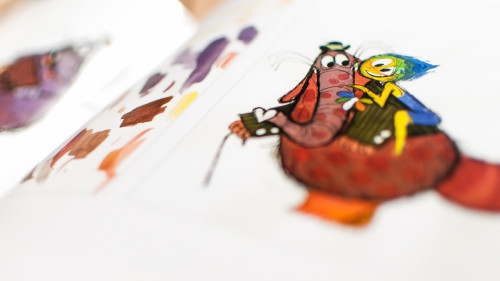 Overall, Inside Out was a hit in our family. Our daughter told me she thought it was “very interesting, kinda sad and a really cool idea for movie,” and that she left feeling happy. Although she doesn’t full comprehend what the red button will do, she would love to see what happens when it gets pushed in a sequel. Thanks to Anger, she now understands what it means when I say it is not a good idea to push my buttons. My wife enjoyed the film as well – she’s a big fan of Anger. I do not think it is the best Pixar film to date, but it is the most emotional film since Andy went to college in Toy Story 3 and one that will make you think, especially as a parent. I’m sure we will find time to watch it again later this summer aboard the Disney Magic and see what we missed the first time around. Yes, I will give up a couple hours of a cruise to see the film again. All that being said, Inside Out did not beat out our family’s favorite Pixar film, Wall-e.

Make sure you get into your seats early to you do not miss Pixar’s new short, LAVA, which accompanies Inside Out.

LAVA is a love story spanning millions of years retold by catchy song written by James Ford Murphy which is performed by Kuana Torres Kahele and Napua Greig. It was kinda fun to see LAVA for the first time with my wife on our 10th wedding anniversary.

The song is included on the Inside Out soundtrack CD and is available digitally as a single. Disney also released the full song on YouTube. My only criticism of the short is that it didn’t sound like the song was actually being sung by the volcano (if that makes any sense).

Disney Wonder Inside Out Nautical Premiere

Guests sailing on the Disney Wonder’s DVC Members Cruise to Alaska earlier this month got a special screening of Inside Out in the Walt Disney Theatre as well as a presentation by James Ford Murphy who discussed how is vision for Lava came to life. 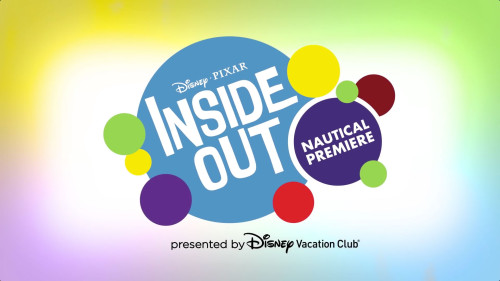 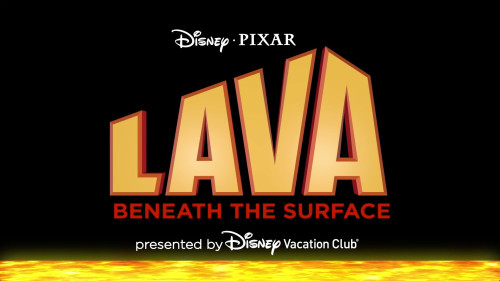 Joy and Sadness Meet and Greet

One last thing to share; we had the opportunity to see Inside Out on Saturday via the Disney Parks Blog meet up at Downtown Disney. After the screening, we had the opportunity to meet Joy and Sadness. It would seem like the duo would be meeting guests at Walt Disney World in the near future, but according to a report from KennyThePirate.com it is not going to happen at any Disney Park (at least that is the company line for now). 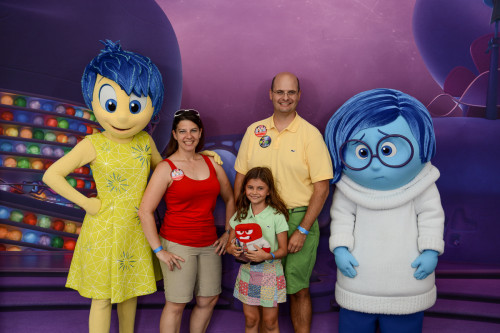 What did you think of LAVA and Inside Out?

7 Replies to “Movie Review: Inside Out & Lava”