The Walt Disney Company reported their earnings today for the first quarter (Q2) of fiscal year 2015 which ended on March 28, 2015.  According to earnings report, The Walt Disney Company second quarter performance demonstrates the incredible ability of the strong brands and quality content to drive results. Iger went on to comment, “The power of this winning combination is once again reflected in the phenomenal worldwide success of Marvel’s Avengers: Age of Ultron, which has opened at number one in every market so far.” The company reported earnings of $2.1 billion for the quarter.

The Parks and Resorts segment (which includes Disney Cruise Line) saw revenue increase for the quarter 6% to $3.8 billion with income up 24% to $566 million.

TWDC cited higher operating income at our domestic operations was due to increases in guest spending and volumes, partially offset by higher costs. Guest spending growth was primarily due to increases in average ticket prices at our theme parks and Disney Cruise Line, increased food, beverage and merchandise spending and higher average hotel room rates. The increase in volumes was primarily due to attendance growth at Walt Disney World Resort and sales of vacation club units at Disney’s Polynesian Villas & Bungalows, partially offset by lower attendance at Disneyland Resort. Cost increases were due to labor and other cost inflation and higher pension and postretirement medical costs. 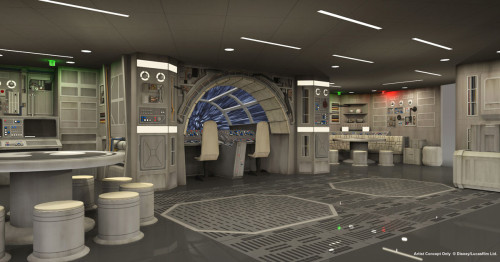 There was some discussion during the Q&A portion of the earnings call about Star Wars in the parks. Iger alluded to the fact the overseas operations may see more Star Wars content than those domestically. Iger did not utilize this time to mention the new Star Wars Experience arriving this fall on the Disney Dream, nor the Star Wars sailings on the Disney Fantasy in early 2016.

For more information and an overall report click over to the Q2-2015 Earnings Report.