Today, we had a few things planned after browsing the Personal Navigator (Day 6), but not until later in the day. After spending two days out in St John and St Maarten, we took it easy in the morning. 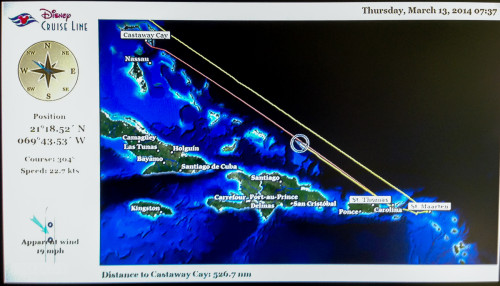 Emily did yoga on the veranda while Isabelle and I went up to Cabanas to get breakfast, which we brought back to enjoy as a family on the verandah. Sure, we could have ordered room service, but it is just as easy to go up a few flights of stairs. Besides, Emily and I had brunch reservations, so we just had a very light breakfast. 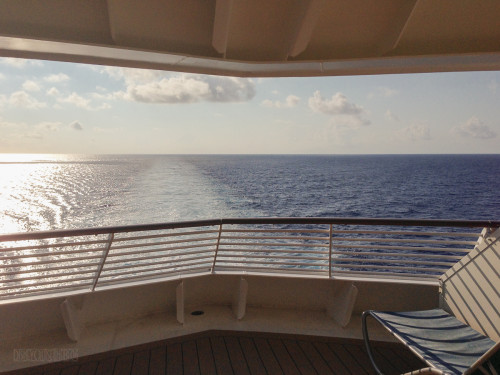 We continued to lay low and remained in the stateroom for the majority of the morning. We watched a couple episodes of Austin & Ally on demand with Isabelle as we got ready for Remy Brunch.

I dropped Isabelle off at the Oceaneer Club while Emily headed up to check in at Remy. We were part of the first brunch seating which featured new menu items than last March. I will go into more detail later, but it was just as amazing as the last time! 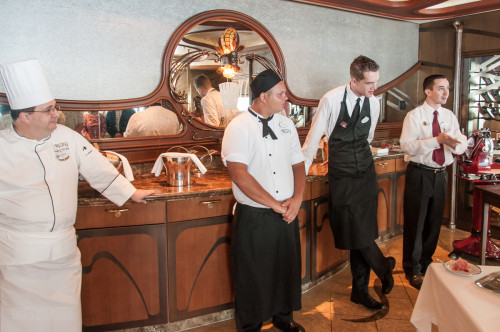 Following brunch, we stopped by Flo’s on the pool deck to grab a soft Mickey Pretzel and a couple slices of pizza for Isabelle. Then, we picked up Isabelle from the Oceaneer Club and headed over to the Buena Vista Theatre for the 2PM showing of the Frozen Sing-A-Long.  We saw the sing-a-long when it was first released in theaters, but there were only 20 people in the theater at the time. Today, the theatre was packed with an enthusiastic crowd. It was defiantly the perfect place to experience the Frozen Sing-A-Long! 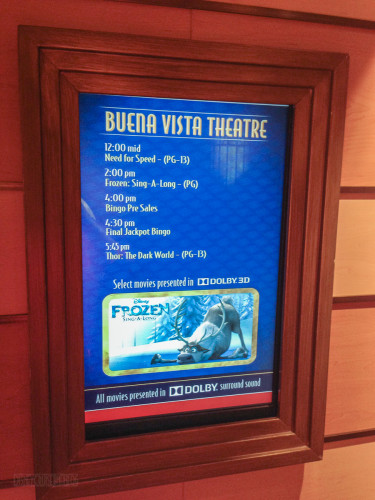 We had a decent amount of time to spend following the movie and had time for Isabelle to finish her second Midship Detective Agency case and start her third and final quest before it was time to get ready for dinner.

Dinner tonight was in Enchanted Garden with the Captain’s Gala menu which features my favorite Disney Cruise entree, the Fettuccine with Parmesan Crusted Chicken, while the ladies had the baked lobster tail. 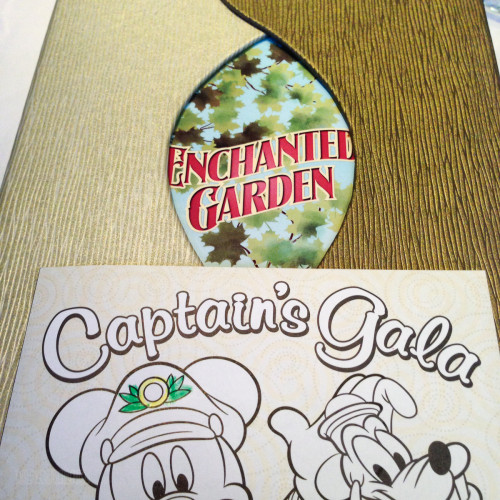 One of the events Isabelle enjoys is Officer Pin trading, which was held in the area around the shops outside the Walt Disney Theatre. She slowly made her rounds and found a few cool pins to add to her “keepers.” 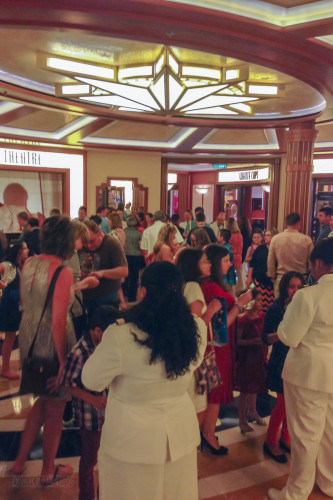 By this time, it was back to the room for the night. I finally finished up yesterday’s trip log, and started working on today’s up until it was time to head out for the PremEAR of Need for Speed at midnight. Since, the movie started at 12:01 AM I will pick up from there next time.