As we sit anxiously waiting for Disney Cruise Line to officially announce this fall’s dry dock plans for the Disney Magic, I wanted to share with you a fascinating episode of Project Xtreme hosted by Matthew Blashaw from the 2008 Disney Magic dry dock in Norfolk, Virginia at BAE System. 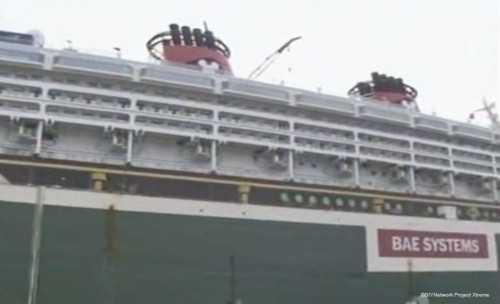 Unfortunately, that is not going to happen, at least not here. (Sorry, I tried.) The hour long (40 minutes without commercials) episode follows Matthew as he gets to strip paint from the hull using an arcade like controller, as well as, the opportunity to see some of the more unique places on the ship like the engine room, bridge, and an up close and personal view of one of the Magic’s thrusters. 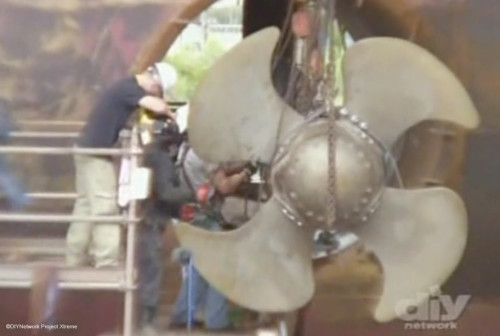 The documentary originally aired on DIY Network’s Project Xtreme in 2009, but it is nowhere to be found. The Project Xtreme page on DIY Network does have full streaming episodes from the series, but not this one. DIY Network does not even reference this episode on their episode finder for Project Xtreme. From what I have found it appears this is episode 6 from season 1. I even looked for it on DVD at the local library, nada, nothing, zilch! About the only place you can watch this video, if you did not record it when it has aired, is on demand in your stateroom, aboard a Disney Cruise Line ship. How’s that for an cruise line exclusive?

Disney Parks: The Secrets, Stories and Magic Behind the Scenes | Disney Cruise Line

While I was searching the net for the Project Xtreme episode, I found the following Disney Cruise Line documentary from Lightship Entertainment on YouTube. I started to watch it then realized that we had this on DVD. This is not the first time it has surfaced on YouTube, but just like other times, I do not expect it to last long.

UPDATE: Video has been removed from YouTube, but it is available to stream on Hulu for free.

If it is still on YouTube enjoy, but if not, or you want a better version you are in luck. The documentary is available to stream on Netflix, or you can purchase a copy on DVD from Amazon for a few dollars if you are alright buying a used DVD and a digital copy from iTunes. The Disney Cruise Line DVD is also included in the full Disney Parks: The Secrets, Stories and Magic Behind the Scenes DVD box set, which is what we originally purchased. You may notice a Blu-ray version of this collection available, but it does not contain the Disney Cruise Line documentary.