Friends of the Earth released the 2019 edition of their Cruise Ship Report Card, documenting the environmental footprint of the cruise industry by grading 16 cruise lines and their 185 ships.

Disney Cruise Line earned the highest overall grade, earning an A- while the other 15 cruise lines scored a C- or below.

The 2019 report card, last released in 2016, suggests an ongoing lack of initiative by most cruise companies to reduce their air and water pollution impact on travel destinations and local peoples. All seven cruise companies under the Carnival Corporation brand received an F grade from Friends of the Earth documented illegal pollution.

“Carnival Corporation’s despicable behavior shows that we cannot take this polluting industry’s claims of environmental responsibility at face value,” said Marcie Keever, oceans and vessels program director for Friends of the Earth. “This entire industry must be investigated, and held accountable for its destructive behavior. Carnival Corporation should be forced to spend some of their massive profits to clean up the communities they have dumped on. This egregious case of wrongdoing shows just how critically we need federal agency and congressional oversight of cruise industry pollution practices.”

According to the Friends of the Earth, the Cruise Ship Report Card ranks the cruise lines and each ship in the respective fleet according to four criteria: Sewage Treatment, Air Pollution Reduction, Water Quality Compliance, and Transparency. 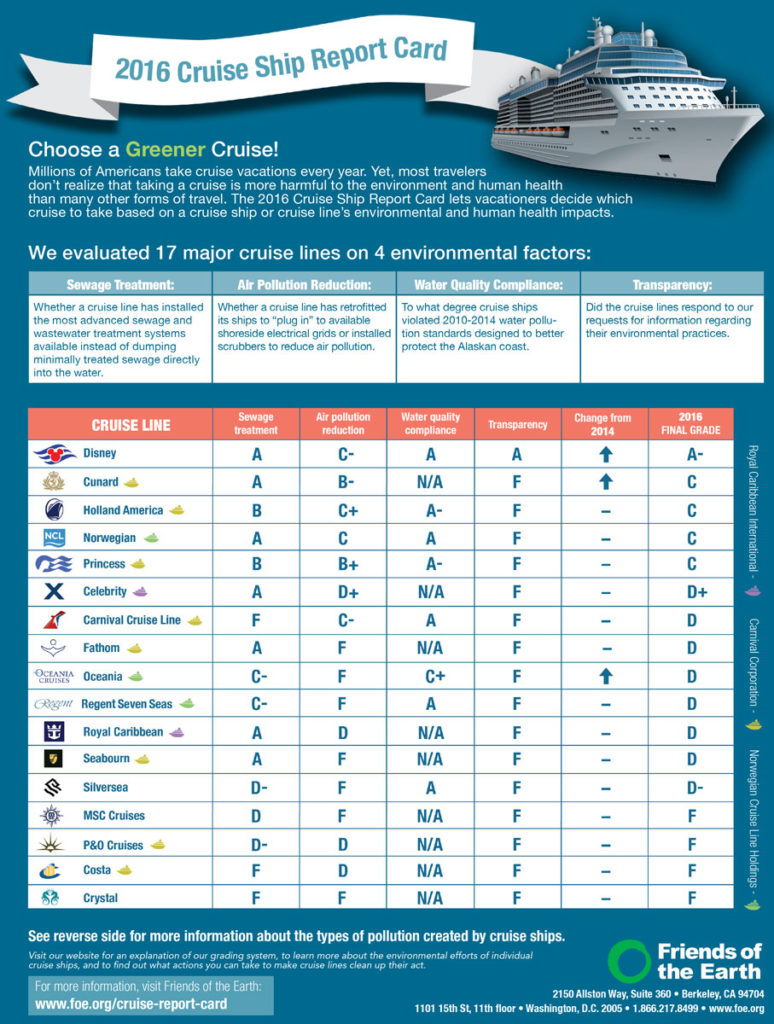 The following are the grades for each of the Disney Cruise Line ships. The overall grades for 2019 were relatively the same for each ship as the 2016 grades with the exception of the Dream and Fantasy dropping from a B+’s to a B- and B respectively due to a drop in each ships 2019 Air Pollution score. 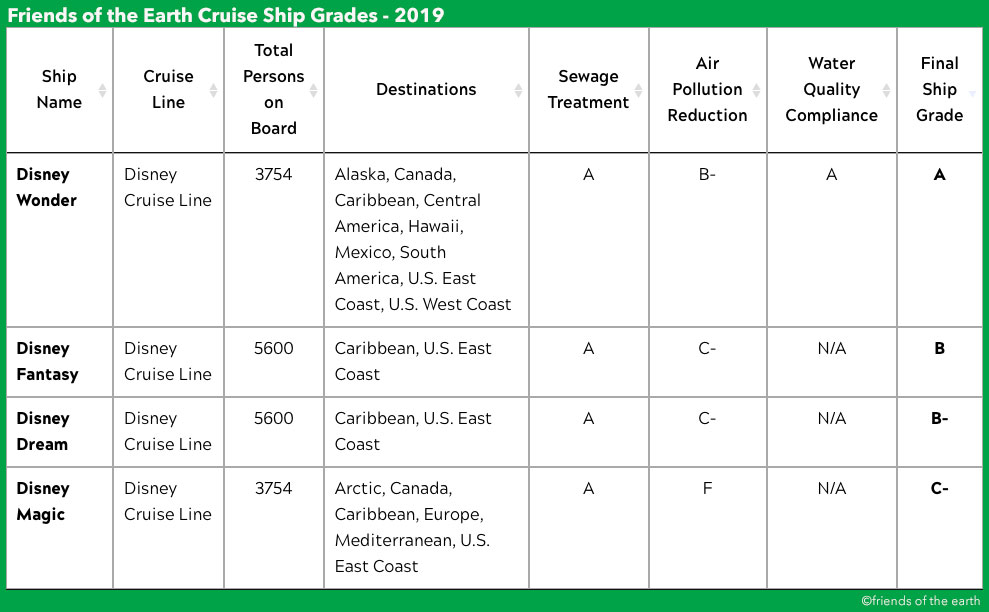 To read more about how the other cruise lines measured up and your other favorite cruise ships, click over to the full 2019 Friends of the Earth Cruise Ship report card.