WARNING: Until an official statement or replacement is announced, consider this to be pure speculation, but the Disney Dream could potentially be adding a Tiffany & Co. location similar to the location aboard the Disney Fantasy.

The deck 4, midship area aboard the Disney Dream where guests have been able to view artwork in the Vista Gallery and shop for future vacations in the Disney Vacation Planning Center is currently closed off and is under refurbishment. Work has been underway for nearly a month, if not longer, but no official announcement has been made. Over the years, I’ve learned to take all Cast Member rumors with a grain of salt until something is actually announced. However, it is worth sharing that some Disney Dream Cast Member(s) have confirmed the addition of Tiffany & Co.

Confirmed by cast member on our May 17th cruise pic.twitter.com/VZFTweMj1M

Last fall, Disney Cruise Line and Tiffany & Co. partnered up for a brief pop up boutique aboard the Disney Dream. The boutique was unlike a typical trunk show that would take over a portion of a retail location. White Caps was temporarily closed for a mini facelift to accommodate the boutique. 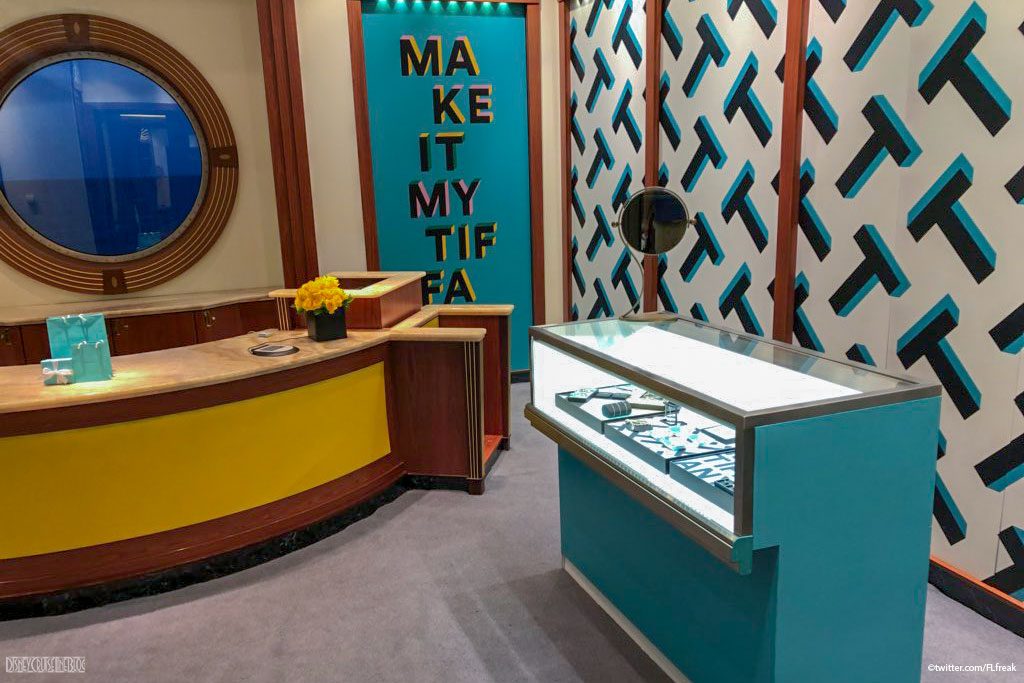 At the time, the rumors sailing around were basically this was a test to gauge interest on the Dream for a future project. In the event, this does come to fruition, I suspect to see a similar setup as the Disney Fantasy with the Disney Vacation Planning Center relocated to the opposite side of deck 4 along with Connect@Sea, and Port Shopping. Again, just like on the Disney Fantasy, I would expect the Vista Gallery would move to deck 2 outside Enchanted Garden.

In fact, current deck plans already show new locations for the gallery and vacation planning center in those locations. 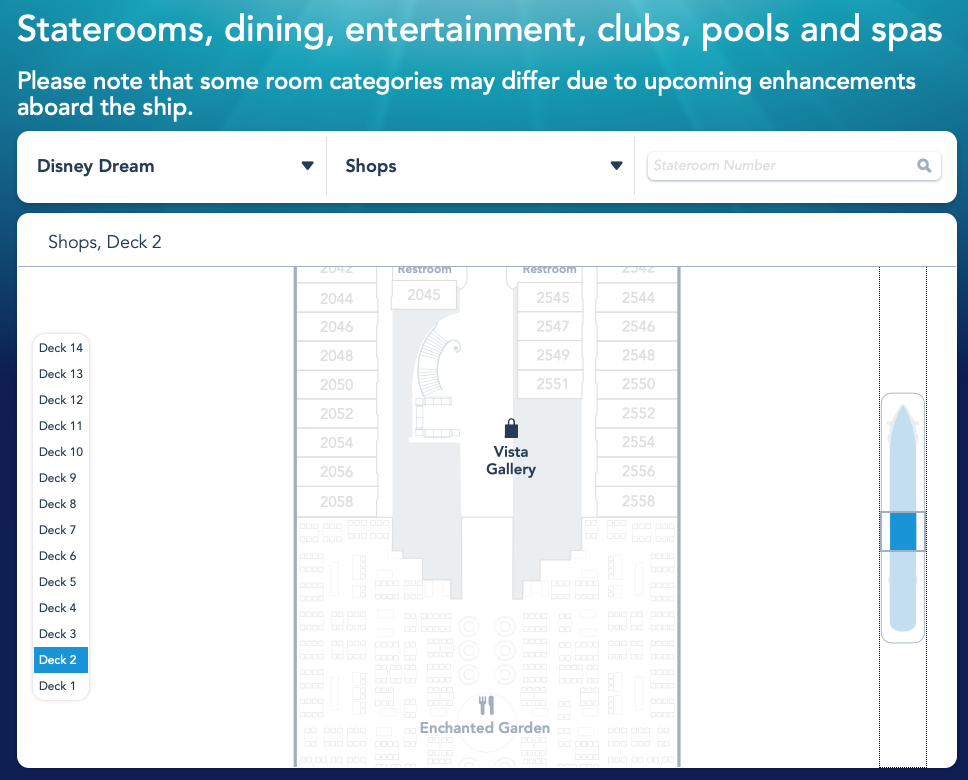 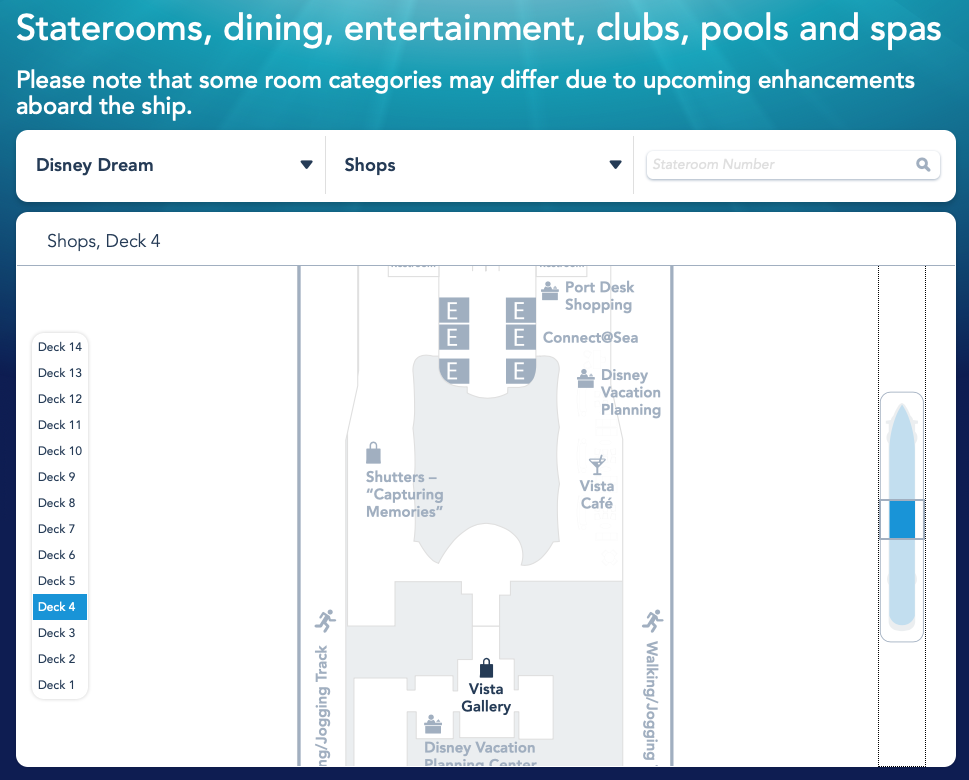 In the past, when I’ve written about Tiffany and more recently BVLGARI, that the feedback I’ve gotten surrounding the offerings has not been overly positive in terms of yes, this is a great addition – I cannot wait to visit. However, these locations along with the temporary boutique must have proven successful justifying further dedicated space. Here is something else to ponder, this all could be a look into the future onboard shopping offerings of the new ships.

What do you think about the possible addition of Tiffany & Co to the Disney Dream? Alternatively, if you heard something different and would like to dispel this rumor, let me know in the comments below.

3 Replies to “Tiffany & Co Potentially Coming to the Disney Dream”