Port Canaveral Board of Commissioners is schedule to vote on a 20-year operations agreement with Disney Cruise Line when the board meets on Wednesday May 22nd. The existing agreement between Port Canaveral and Disney Cruise Line dates back to May 17, 1995 and is set to expire on December 31, 2027 for operation cruise vessels from cruise terminal CT-8.

Under the existing agreement Disney Cruise Line is charged a contract wharfage rate of $7.89 per passenger movement plus dockage, line handling and harbormaster fees. Disney Cruise Line currently has a fixed annual guarantee of 150 calls per year.

The new operating agreement will be effective on June 1, 2019 and has a 20 year primary term with two additional five year renewals. The new agreement will allow Disney Cruise Line exclusive use of cruise terminal 8 CT-8 once the port completes the planned improvements and provides for preferential use of CT-10 when Disney Cruise Line commences regularly scheduled operation of a third homeport vessel.

The planned waterside and landside improvements to CT-8 and CT-10 will accommodate the future growth and fleet of Disney Cruise Line vessels, including its new class vessels that are scheduled to enter service beginning in 2021. 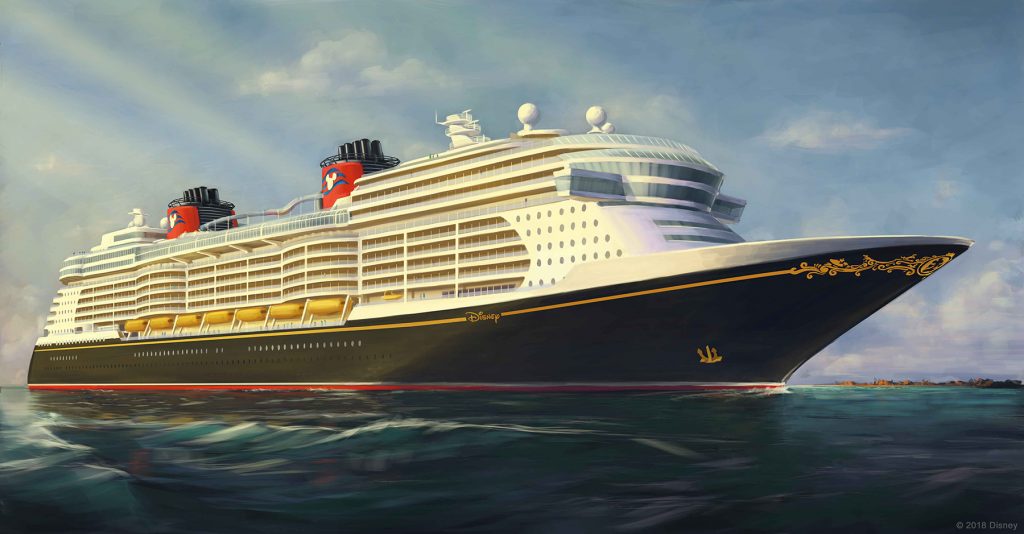 The estimated cost of the improvements to be completed by the Port is $46,480,000 and following the improvements to CT-8, Disney Cruise Line will begin paying a capital cost recovery charge estimated at $3.15 per passenger movement for the Improvements. The recovery charge is based on recovery of $46,480,000 over the twenty year primary term and is subject to adjustment based on the final cost of the Improvements and interest rate for financing. 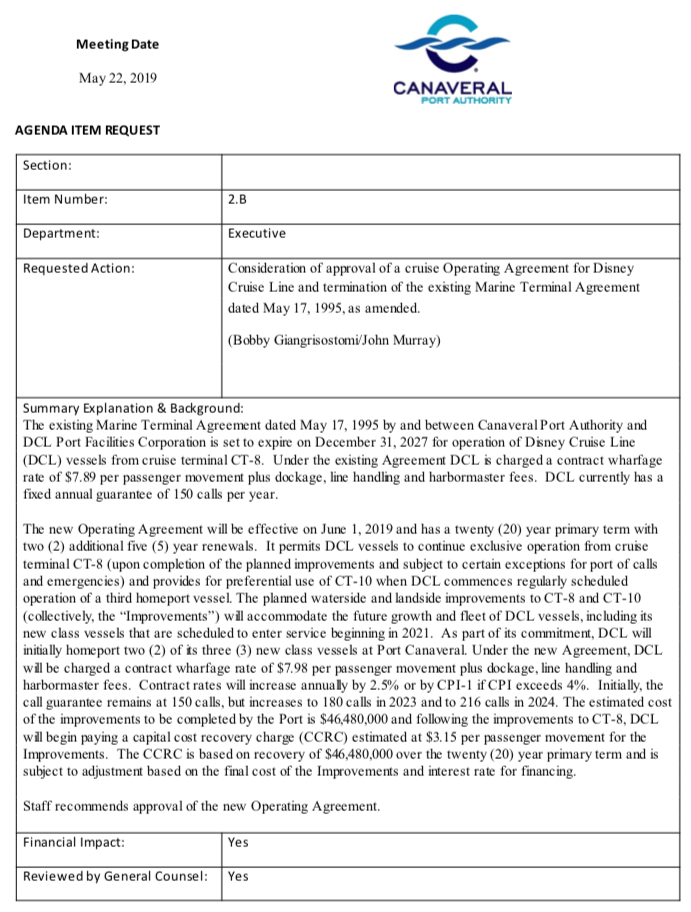