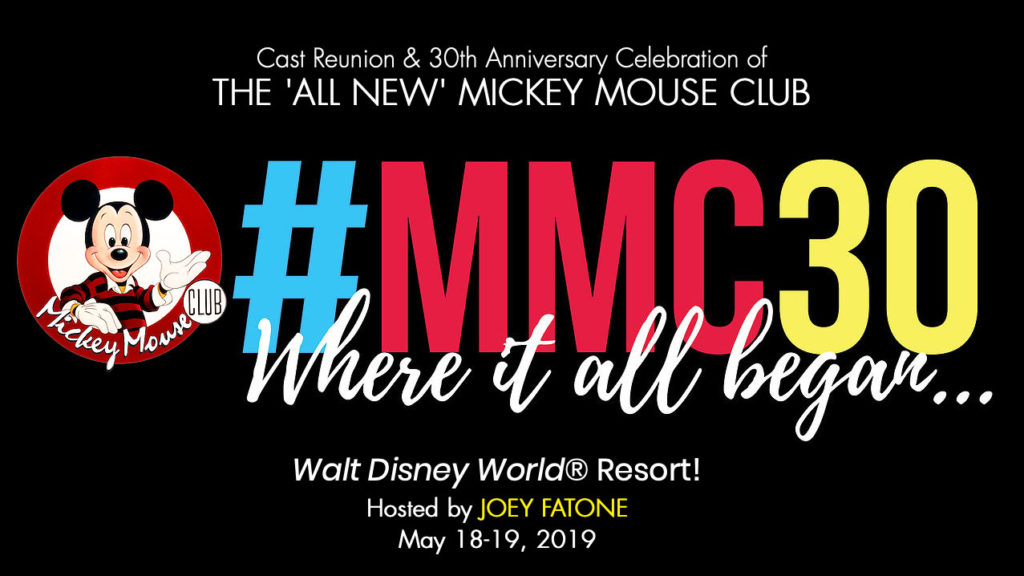 “The ‘All New’ Mickey Mouse Club” premiered on the Disney Channel April 24, 1989, and Mouseketeers were on-hand to open Disney’s Hollywood Studios, at the time, Disney-MGM Studios where all seven seasons were taped. The ground-breaking revival led to an unprecedented wave of critically acclaimed and award-winning performances in theater, film, and television, and the pop music explosion at the turn of the century.

MMC30 events are for all ages to celebrate one of Walt’s passion projects and to give back to Central Florida where it all began. Proceeds benefit Give Kids The World Village – a non-profit resort for critically ill children that Walt Disney World has supported for more than 30 years, and onePULSE Foundation and their efforts to promote diversity and inclusion for everyone. As well as, efforts to support and promote arts, education, and entrepreneurship for underserved youth through Always In The Club Foundation.

For information regarding #MMC30 weekend of events, visit www.MickeyMouseClubReunion.com