Rapunzel’s Royal Palace, the rotational dining restaurant aboard the Disney Magic located on deck 3 aft, is inspired by the 2010 Disney Animation hit Tangled. In the spring, shortly after opening, we shared our initial review of Rapunzel’s Royal Palace which covered the food, the theming, and the dinner show. 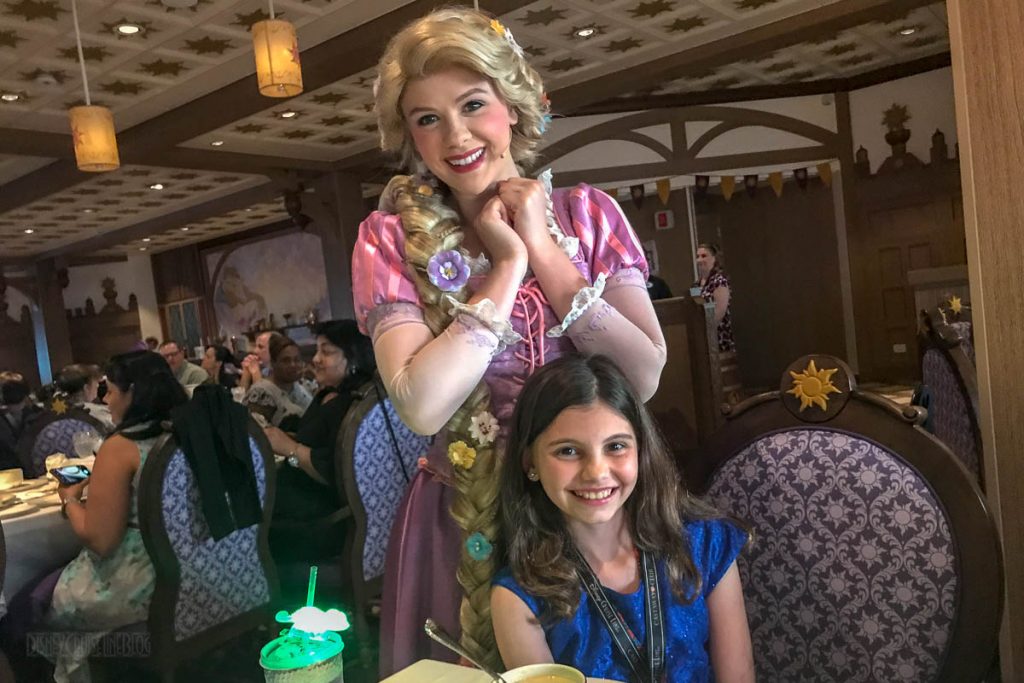 The dinner show we experienced in March was what I call the full dinner show which is featured on shorter sailings when guests do not experience each of the rotational restaurants multiple times. On the longer sailings, there is a dinner show on two different nights during the cruise which, based on the menu names, I’m calling them Thug and Lantern shows. If anyone knows the official show names please let me know in the comments.

The Thug show is focused on Rapunzel’s Birthday celebration with Hook Hand and fellow Thugs running the show.

Finally, the Lantern show as you likely guessed features the floating lantern festival.

For the most part, the Thug and Lantern shows are combined into a combined Birthday Celebration / Lantern Festival show.

Have you experienced the shows at Rapunzel’s Royal Table? Which part is your favorite?