The Disney Magic’s Oceaneer Club received some attention during the ship’s 2018 two week dry dock. The Mickey Mouse Club, first introduced during the Magic’s re-imagination in 2013, received a name change to Club Disney Junior as well as a makeover to more closely resemble the similar space aboard the Disney Wonder. 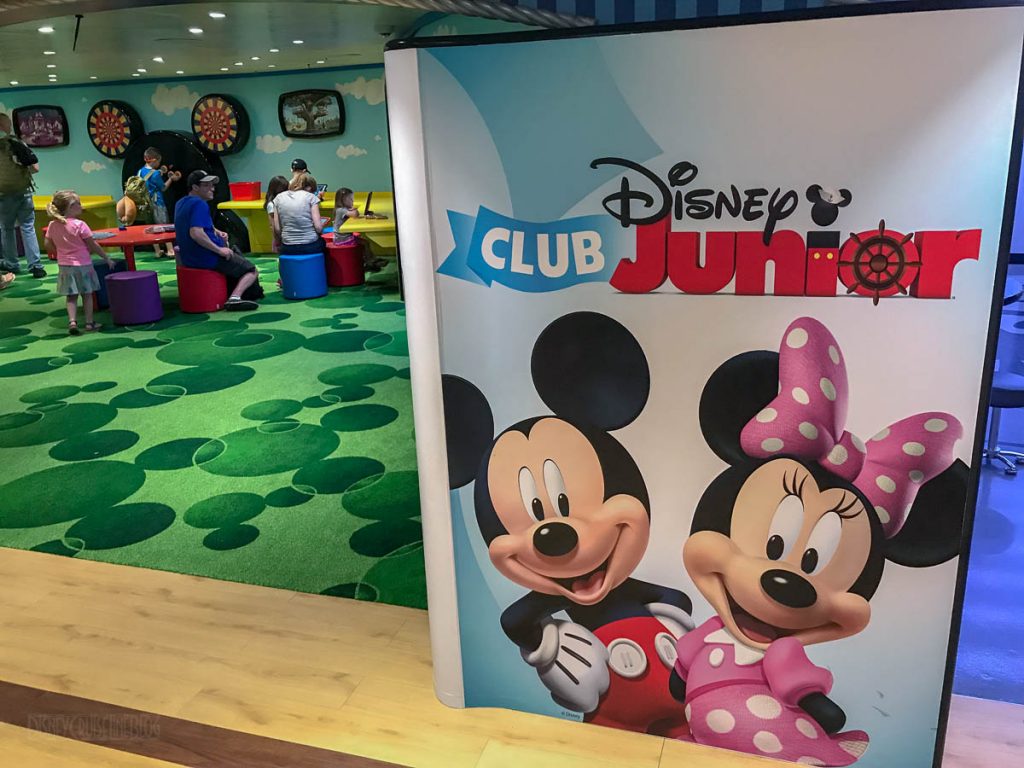 The remodel included a pleasing visual update with a Mickey-patterned green carpet in place of the checkerboard tile. This is sure to make floor based activies easier for both the Youth Activities Counselors. The space’s color palate changed from bold iconic Mickey colors to an more calming outdoor palate with the green carpet and blue skies for walls. The Mickey shaped light figured remains and becomes the sun in this onboard outdoors inspired space. 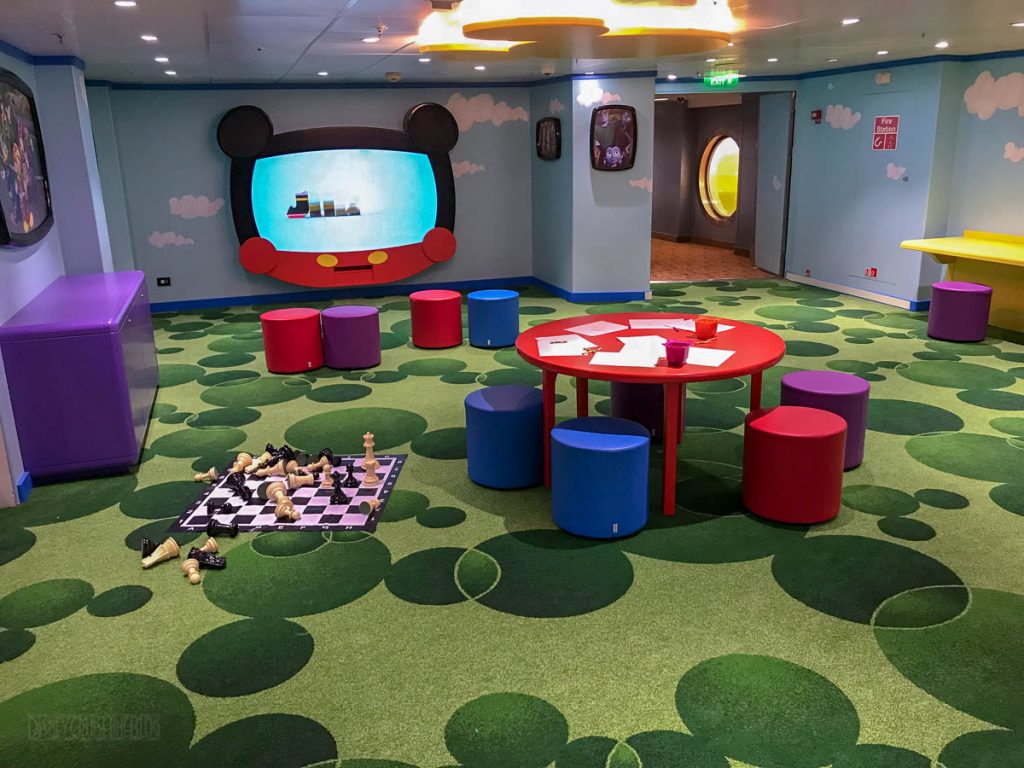 For comparison, here is Mickey Mouse Club and a look at the Disney Wonder’s Club Disney Junior. 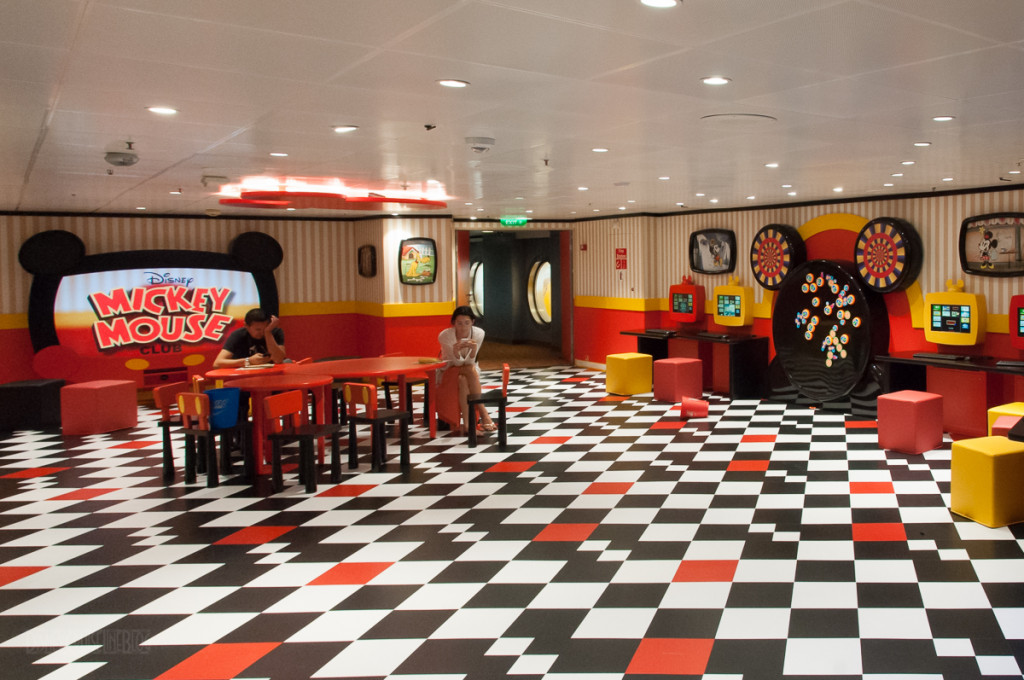 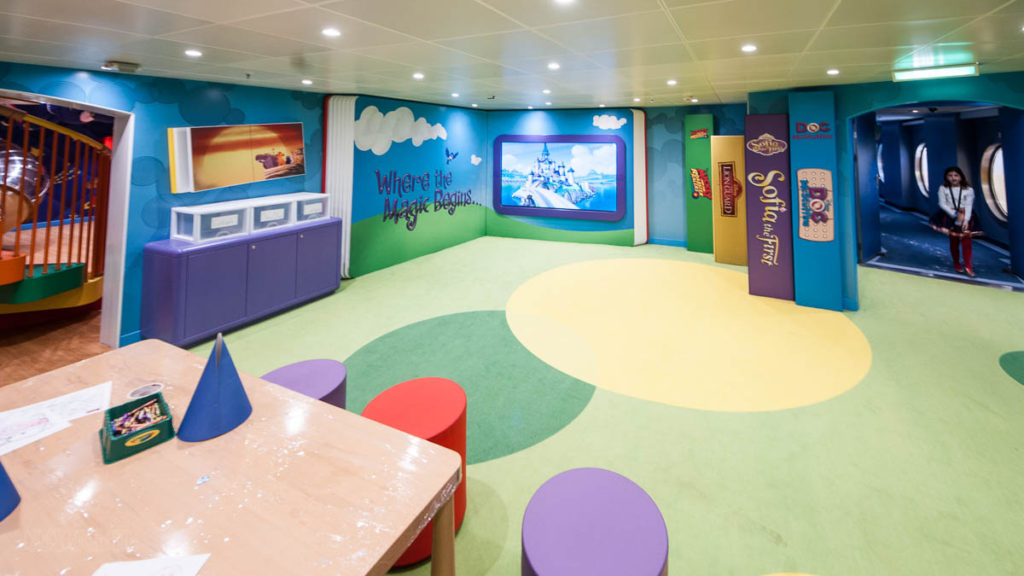 Below is a video tour of the Disney Magic’s Club Disney Junior space in the Oceaneer Club.

You may have noticed in the video, the Club Disney Junior remodel included the removal of the computer screens along the walls. This also occurred in the adjacent Marvel space which was quietly renamed from Marvel’s Avengers Academy to Marvel Super Hero Academy to bring the space in line with the Wonder and Fantasy. 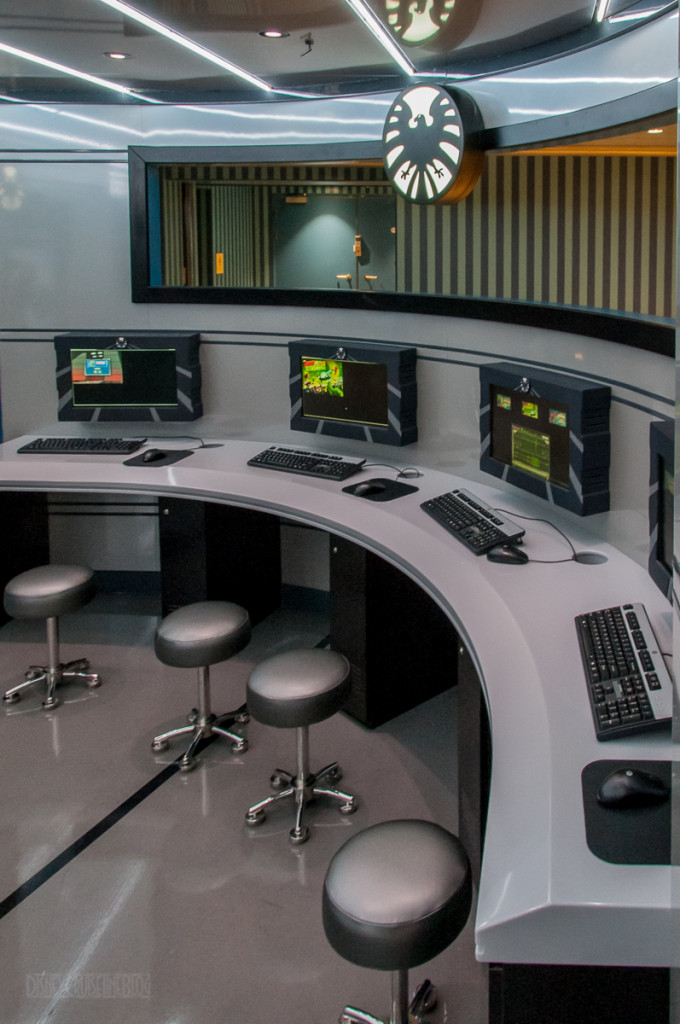 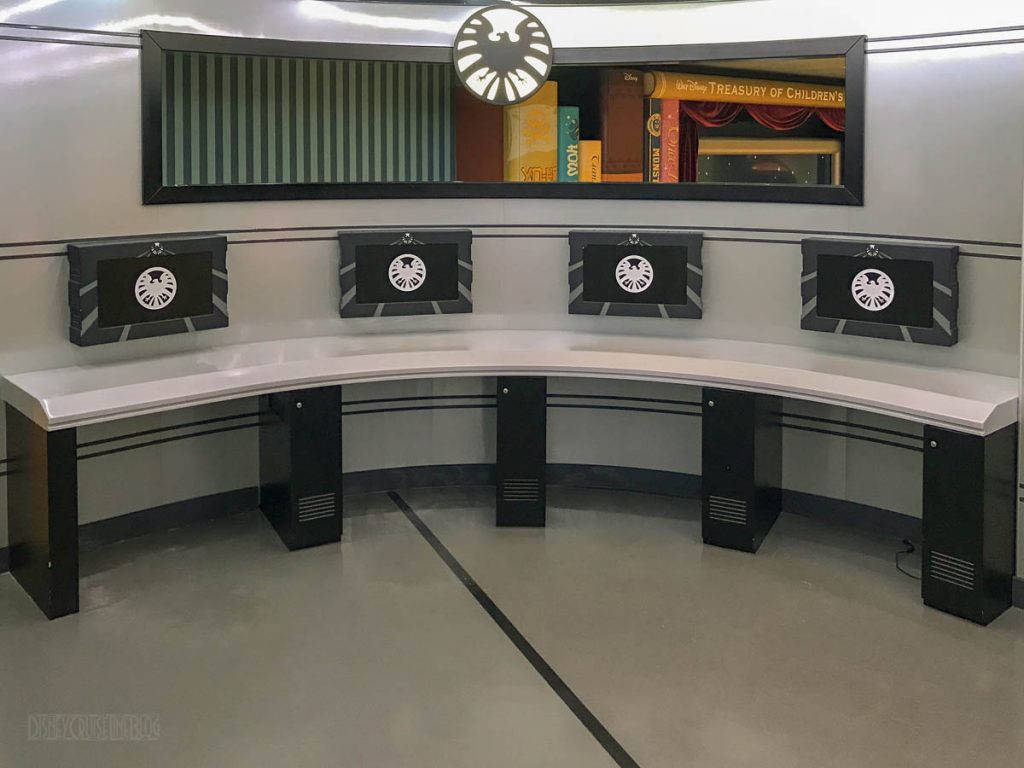 The photo above is the post dry dock view of the corner of Marvel Super Hero Academy san computers. The monitors have been replaced with S.H.I.E.L.D. logos. 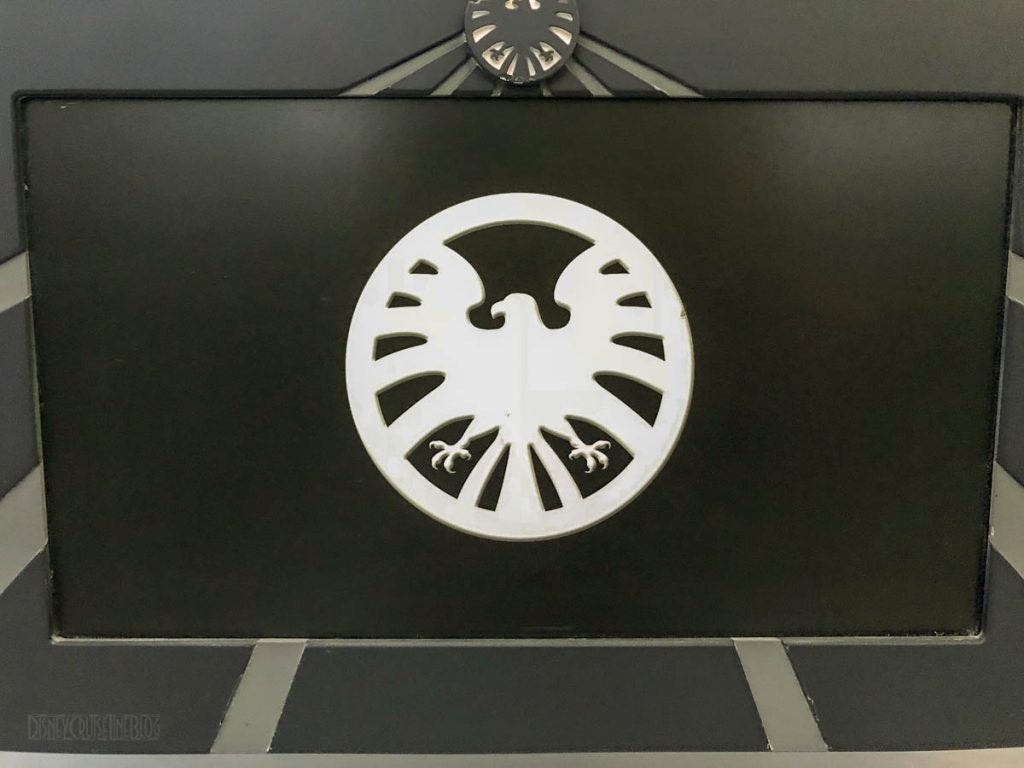 Although the spaces were de-screened, tablets were spotted over in Pixie Hallow which along with Andy’s Room round out the Oceaneer Club space. I thought the updated Club Disney Junior space was well done and the carpet makes the space feel a little more like a rec room than a cafeteria. Plus, the carpet helps dampen the sound which I can imagine is a bonus for the hard working Youth Activities Counselors.