Personal Navigators, and other handouts from the Very MerryTime 5-Night Eastern Caribbean Cruise from San Juan to Miami. The Disney Magic set sail from San Juan (Pan American Pier)on December 1, 2017. During this cruise, the ship was under the control of Captain Andy McRonald. The Cruise Director during the sailng was Carly Scott.

Due to continued recovery efforts in Tortola following Hurricane Irma, the Disney Magic spent December 3rd at sea instead of the originally scheduled stop in Tortola. 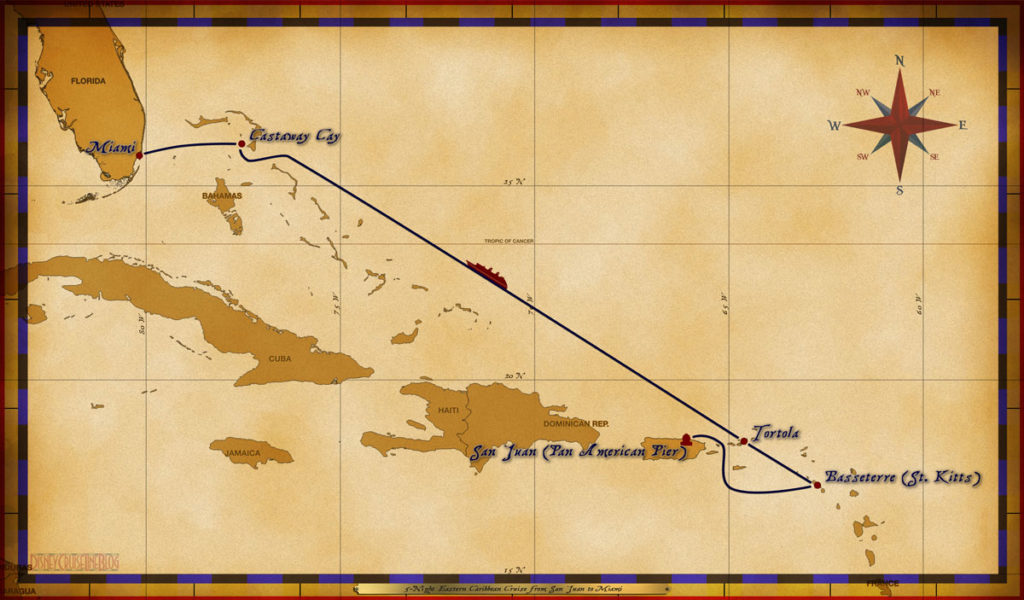 Thank you Neil M for sharing.
If you have any navigators you would be willing to share, please send me an email. If you would rather upload the files you can use our upload form.